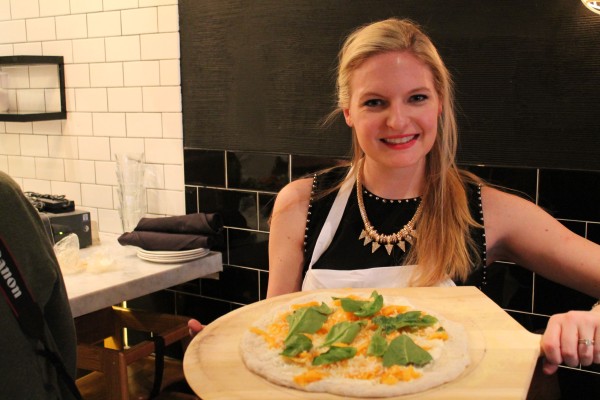 Stella Barra had been on my list of restaurants to try since I heard that the Lincoln Park pizzeria was open, so when I had an opportunity to learn how to make pizza with one of the restaurant’s chefs, Jeff Mahin, I jumped at the chance. 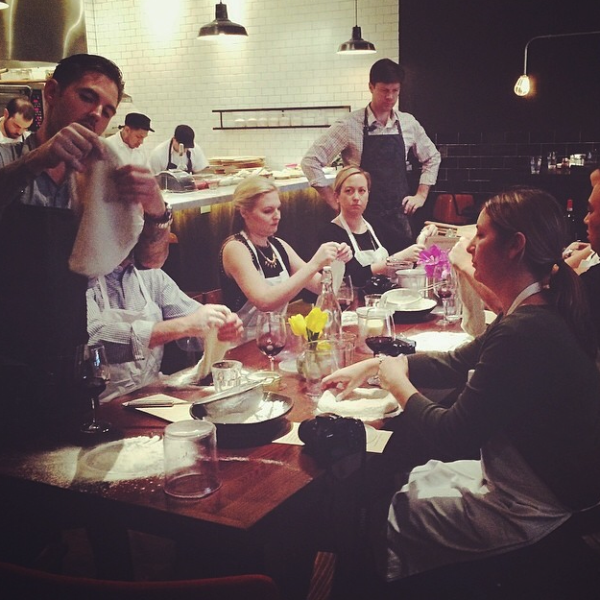 I love that the pizza making party was my introduction to the restaurant. Getting to hear the chefs/owners Jeff Mahin and Francis Brennan describe their love of pizza and style of preparing it was fascinating. They approach making pizza dough in the same way they approach making bread. The dough is prepared a day ahead of time so that the yeast can properly ferment, and great care is put into the sourcing of all the ingredients. Their attention to detail pays off. The pizza dough at Stella Barra is some of the best in Chicago- it is thin and crisp, and the crusts are still nice and doughy.

I was impressed by Jeff and Francis’s enthusiasm and love of food. When Jeff explained how they source fresh burrata – he called over to the kitchen to have some delivered to us so we could have a tate (it was phenomenal). It was fascinating to hear about how Stella Barra has it’s own olive oil, and how they have special flour brought in from California. The chefs clearly spent a lot of time determining where to get the very best ingredients for Stella Barra. 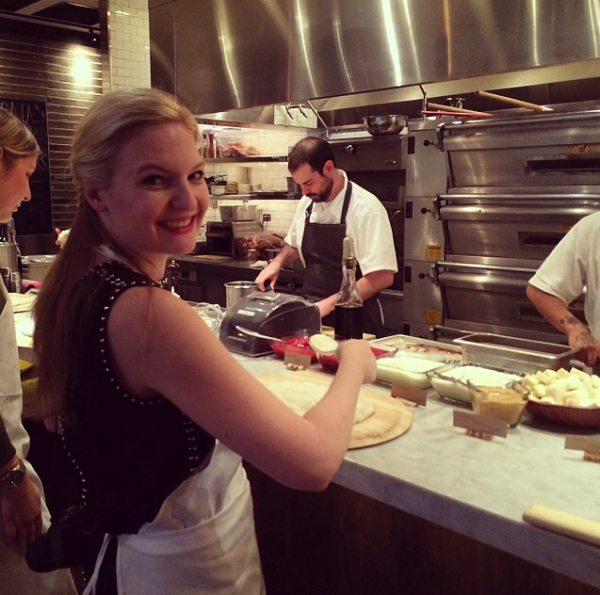 Our little group of food bloggers spread out at a long wooden table, sipped wine, and then got to work learning how to make a pizza. I learned that I am nowhere near coordinated enough to toss pizza dough. While, Jeff and the other chefs at Stella Barra are so skilled they were throwing dough across the restaurant. While I failed at dough tossing, I succeeded in creating the perfect combination of pizza toppings. A wide selection of pizza toppings were laid out. The first decision I need to make was whether I wanted to make a red or a white pizza. My friend Anne was ahead of me in line, and since she was making a red pizza, I made a white pizza knowing that Anne would be game for a slice swap. (Anne is in the photo below discussing pizza toppings with Francis). 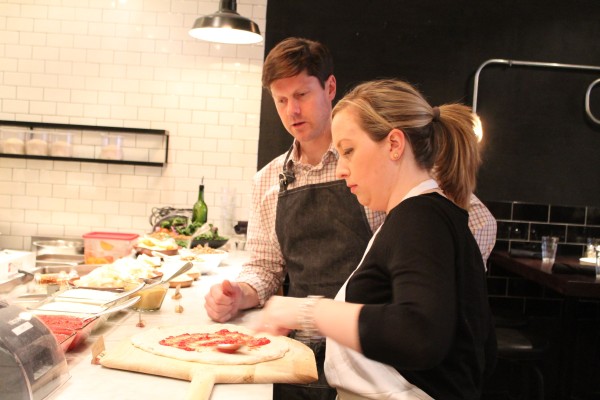 When Jeff mentioned that butternut squash was a topping option, my mind was made up. I had never tried butternut squash on a pizza before, but it is one of my favorite foods. My butternut squash pizza with parmesan sauce, roasted garlic, spinach, and taleggio was excellent. I am a huge fan of sweet and salty flavor combinations, so this pizza was very satisfying. 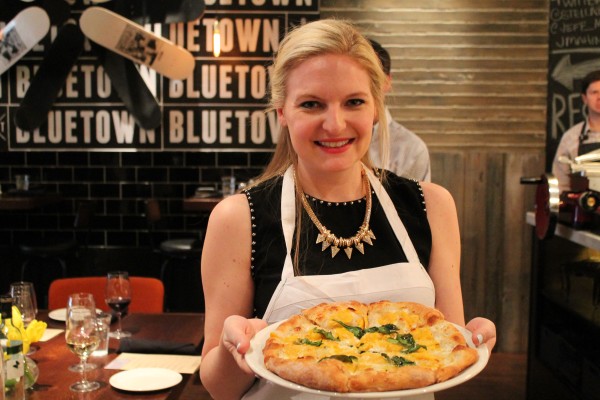 While we snacked on our pizza creations, several of the pizzas on the Stella Barra menu were brought out. My favorite was the Shaved Mushroom pizza which had gruyere, onions, black truffle, parsley, rosemary, thyme, and lots of shaved mushrooms. 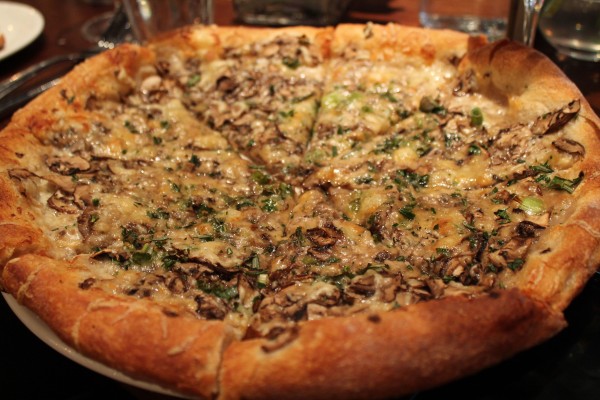 After trying several pizzas, it was time for dessert. Jeff had his favorite dessert brought out: little pots of butterscotch – in a consistency that was between a flan and a pudding, topped with a thin layer of caramel and sprinkled with sea salt. I certainly understand why it is Jeff’s favorite and I would highly recommend ordering it. Just in case we weren’t full enough, Jeff had cookies brought to the table too. When you enter the doors to Stella Barra there is a small entryway with a large pastry case bursting with cookies and other sweets. (The sister restaurant Summer House is on the left, and Stella Barra is on the right). These cookies aren’t your ordinary cookies. They are giant cookies packed with creative fillings like s’mores and apple crumble. 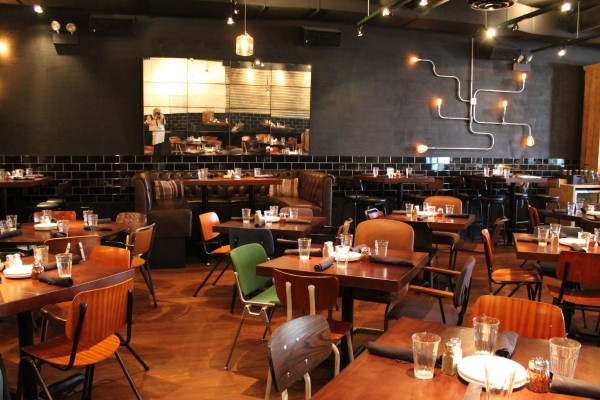 Stella Barra is housed in an industrial chic space with a laid back vibe. They do offer gluten free pizza dough. Or if you aren’t in the mood for pizza, try the handmade pasta. It is a fun casual restaurant with outstanding food, making it the perfect place for a low key date night or dinner with friends. They also serve brunch on weekends.

Stella Barra is located at 1954 North Halsted (at Armitage). Jeff and Francis also own Do-Rite Donuts which is in the Loop.