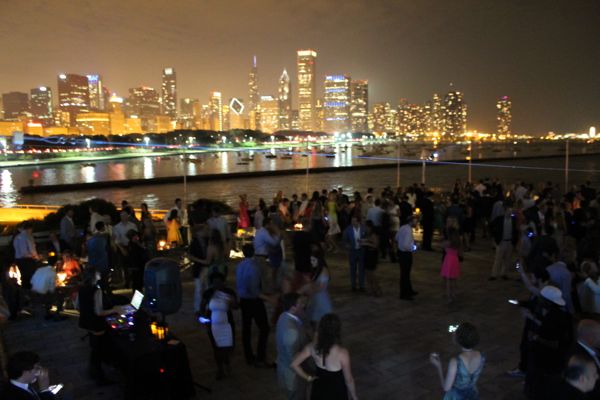 I know that words won’t be able to convey how much fun we had at the Shedd Aquarium‘s annual Auxiliary Board fundraiser, BLU. We had a great night dancing on the terrace overlooking the city skyline, watching fireworks, wandering the galleries, seeing the aquatic show, and trying food from local restaurants. 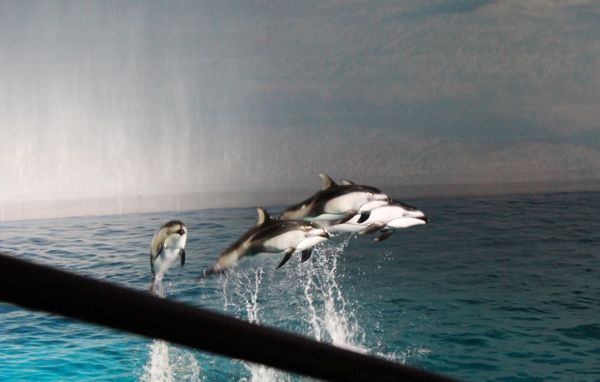 I thought that the highlight of the evening was the aquatic show. At the aquatic show we were treated to tricks performed by white-sided dolphins and beluga whales. Shedd also has several rescue dogs, and one of the dogs, Bruce, helped to demonstrate how Shedd trainers work with the animals at the aquarium. (And reminded me of how badly I want a dog!) We also met Cruz, a blind sea lion that the aquarium adopted after being rescued. Cruz was found in California. Heartbreakingly, he lost his vision after being shot. Today Cruz lives a happy life at Shedd. We learned that the Shedd Aquarium is home to some animals, like Cruz, that wouldn’t be able to survive in the wild. 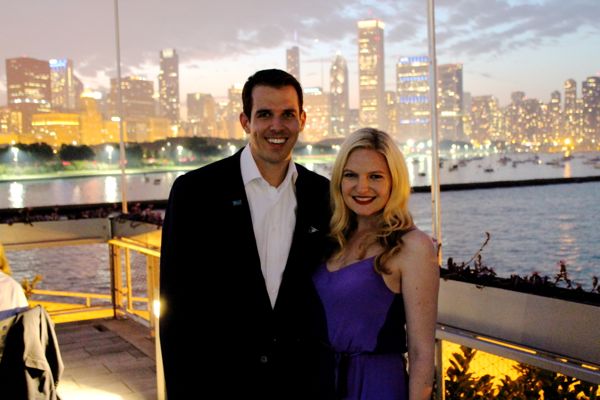 The fantastic aquatic show helped to inspire party-goers to donate to the Shedd, and I am pleased to share that $318,000 was raised for the Shedd Aquarium at BLU. These funds go toward Shedd’s conservation and education initiatives. 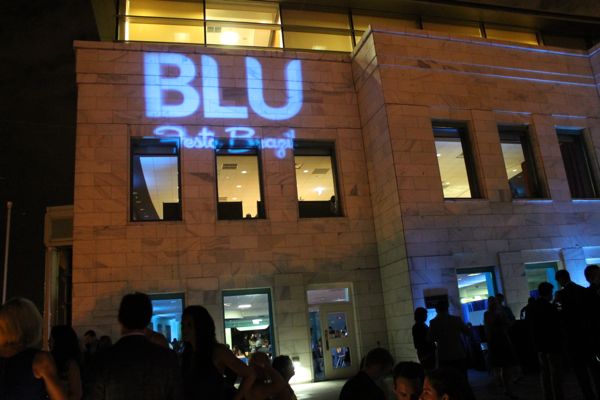 After the aquatic show, samba dancers lead everyone to the aquarium’s galleries which was filled with food stations from local Chicago restaurants. We especially loved the lobster ravioli from Tesori (shown below on the top left), ceviche tacos (top right),  vegetarian tacos (bottom left), the macarons from Vanille Patisserie (shown below on the bottom right), and pork belly sliders from Jellyfish. The food was a great mix of seafood, meat, and vegetarian choices. The lines  at the food stations moved very quickly, so guests could easily try bites from all of the different restaurants. Right Bite approved seafood, including oyster on the half shell, was served at several food stations. The Right Bite program is focused on sustainable seafood, helping to protect fish from overfishing and habitat loss. 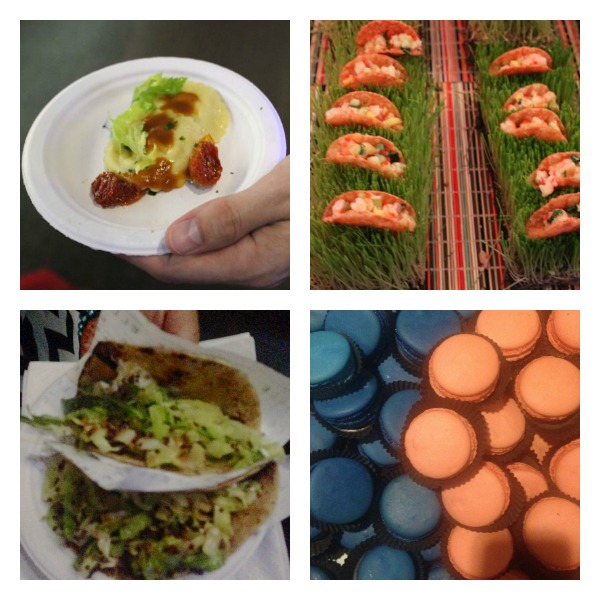 Aquarium staff also brought some of the animals out to meet the party guests. We got to meet a red footed tortoise and a chameleon. The tortoise was much cuter than he appears in this photo. 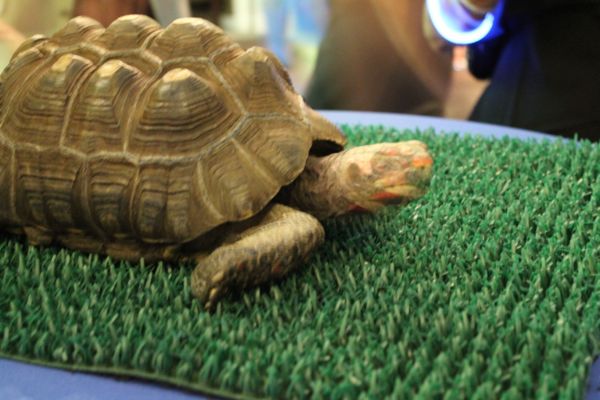 Once we were full, we headed out to the terrace for dancing, drinks, and fireworks. The view from the Shedd truly is one of the best in Chicago. It provides the perfect vantage point for watching the fireworks that are launched off of Navy Pier on Saturday and Wednesdays (yes, Chicago has fireworks twice a week in the summers). 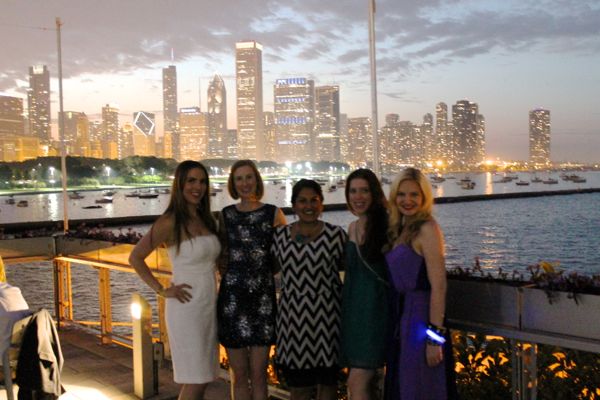 Once the BLU ended at midnight, we were loaded onto shuttles and taken to the after party at the Radisson Blu Aqua Hotel. There party-goers continued mingling, dancing, and sipping drinks.

Thank you to the Shedd Aquarium for inviting me to cover BLU and for letting me host ticket giveaways. I got to enjoy the event with a great group of friends!