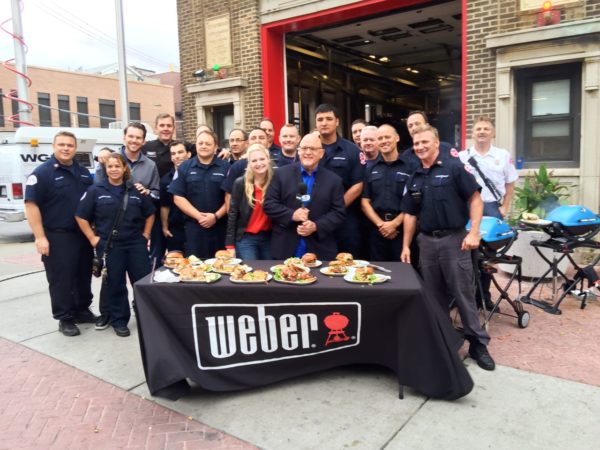 It’s officially fall, and I think that I packed as much as possible into September. Yesterday I was up bright and early to judge a grilling competition at Engine 78 hosted by Weber Grills for the WGN morning news. The firefighters created 8 different burgers in two rounds of competitions. So yes, I taste tested 8 burgers (on live tv) yesterday and called it breakfast. It was so much fun and most of the burgers were really great – the secret ingredient round involving chocolate, marshmallows, peanut butter, bananas, spam, cheetos, pineapple, and chilis did get a bit interesting though. 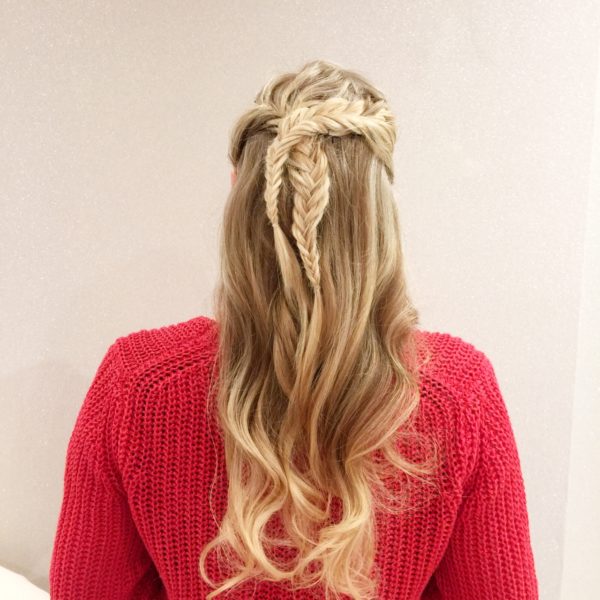 The night before the Windy City Blogger Collective hosted the opening of &blowdry in the South Loop and they braided my hair and thankfully it stayed in place overnight – and it helped me to get TV ready in record time for the grilling competition. The cool thing about &blowdry is that they do nails and makeup in addition to blowouts and hairstyles. It’s a one stop shop. 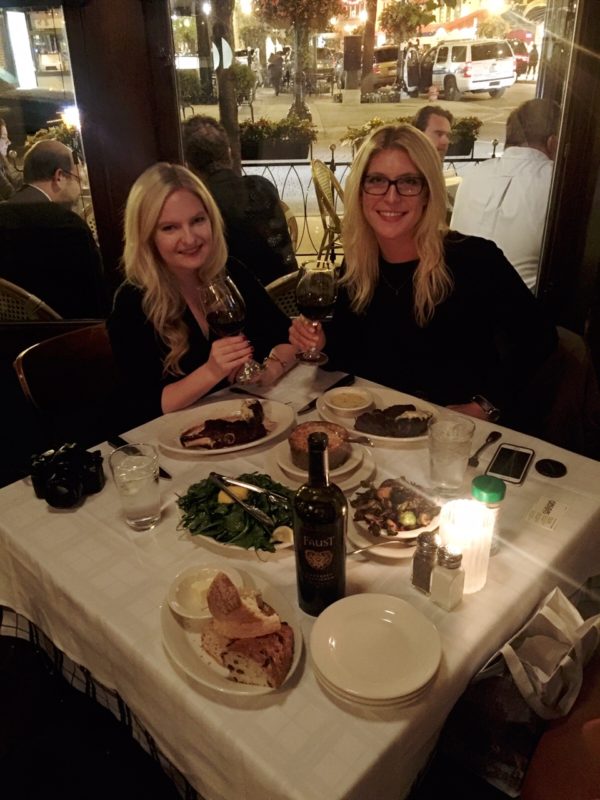 My friend Jordan joined me for an epic dinner at Gibson’s earlier this week. We loved the Chicago-Cut steak, the blue cheese scalloped potatoes, the wedge salad, and the strawberry shortcake. If you want a classic Chicago steakhouse experience, you can’t beat Gibson’s. Don’t worry – I’ll be sharing more details from this meal. 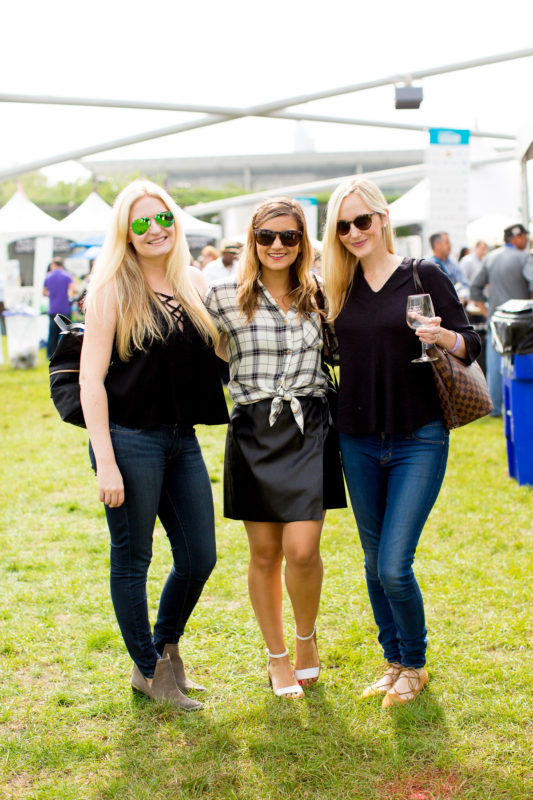 Last weekend was spent at Chicago Gourmet. I was with Lauren and Kelly on Saturday, and we kicked off our day with an event hosted by Country Financial and then headed into the festival to eat. 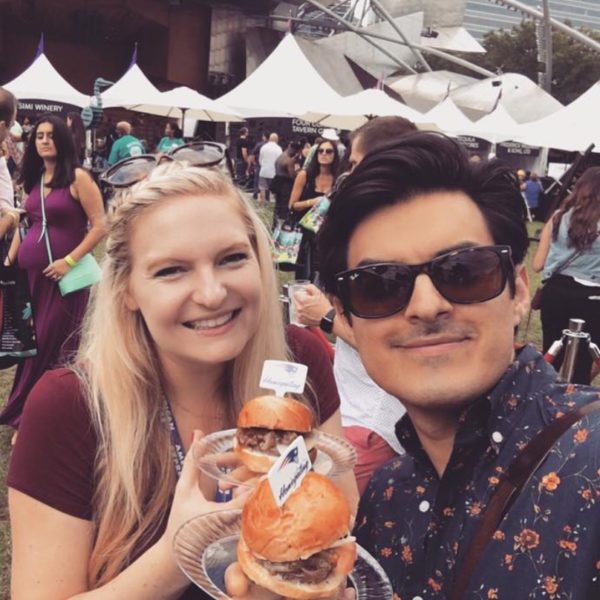 On Sunday I was with my friend Daniel. We ate a lot, and made our way over to the NFL Homegating tent where we got to customize sliders. 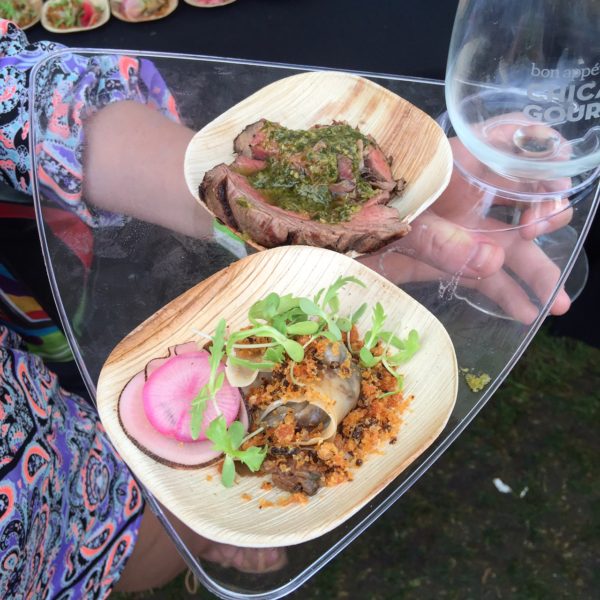 I also spend that day running the PRE Brands instagram account – a task which involved trying beef prepared six different delicious ways. Those of you really paying attention might have noticed that in a single week I tried 8 burgers, steak 6 ways, and dined at a steakhouse… 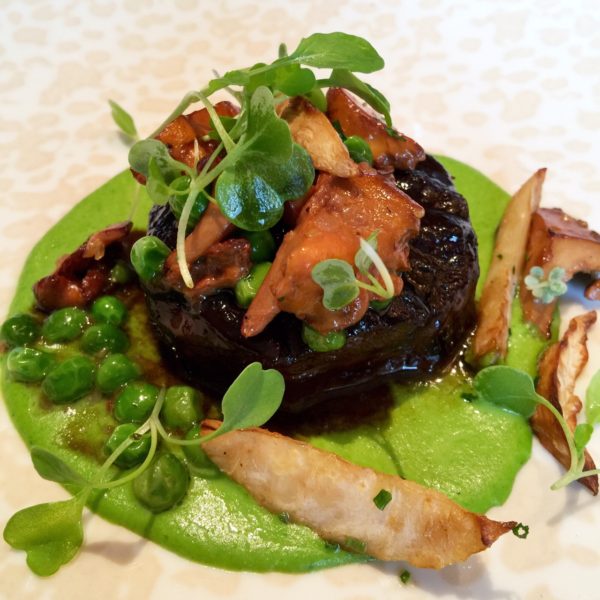 I had a fantastic lunch at Nomi at the Park Hyatt hosted by Cathay Pacific Airways. The airline was celebrating its new partnership with Park Hyatt to create new in-flight menus for First and Business Class passengers. Offerings include lobster appetizers and braised beef cheek entrees (pictured above). I have only flown with Cathay Pacific once, but it is definitely the nicest airline I have experienced.

I attended Shape Magazine’s Meet & Tweet with a bunch of my blogger friends and I had so much fun that I didn’t take a single photo! 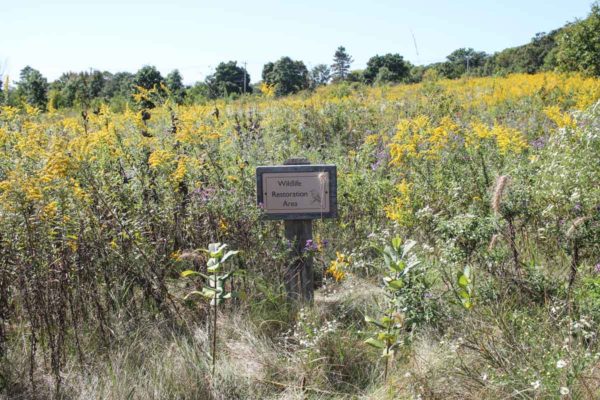 My friend Jenny and I spent at day at Cantigny Golf learning about honey bees! We had the most perfect end of summer weather that day, and it was a fun way to enjoy what might have been the last hot day of the year.

Then the following week Jenny and I joined dozens of bloggers from around the country at Jewel’s O Organic’s event! I am excited to tell you more about this soon. 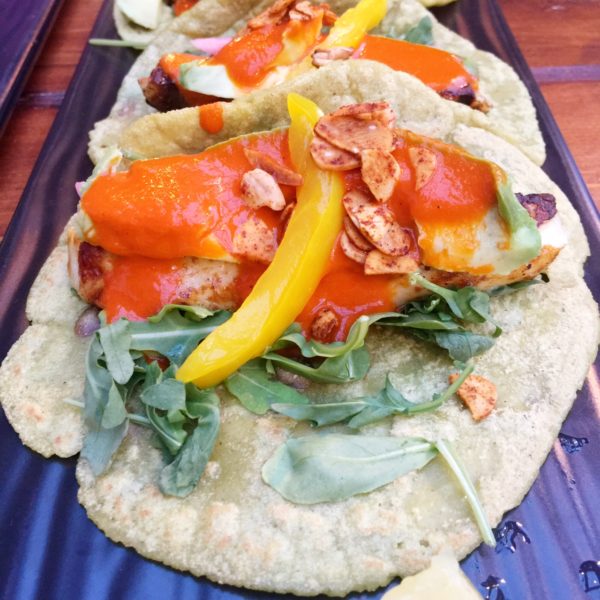 Ashlee (WCBC’s employee #1!) and I got tacos at Bar Takito before heading to see Lululemon’s latest collection. I recommend the Brunkow Cheese Taco, and Lululemon’s scuba hoodie which I am living in. 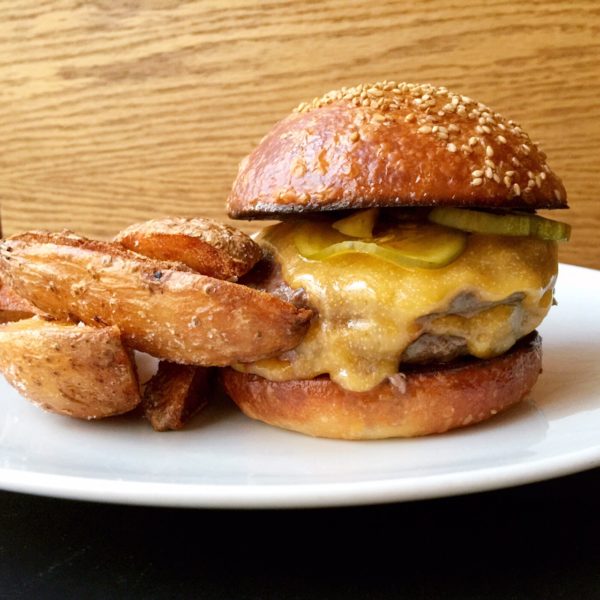 Charles and I celebrated National Cheeseburger Day with one of my favorite burgers in the city at Trenchermen. 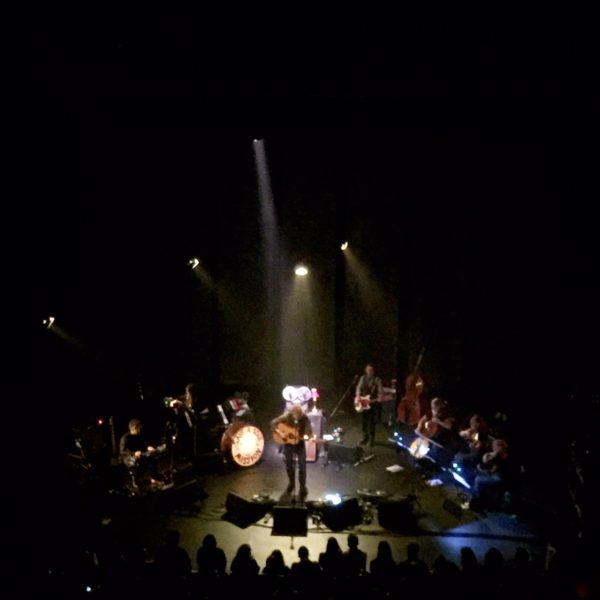 My friend Maya and I went to the Glen Hansard concert at the Vic. He was amazing, as always. If you haven’t seen the movie Once, go ahead and add that to your weekend plans. 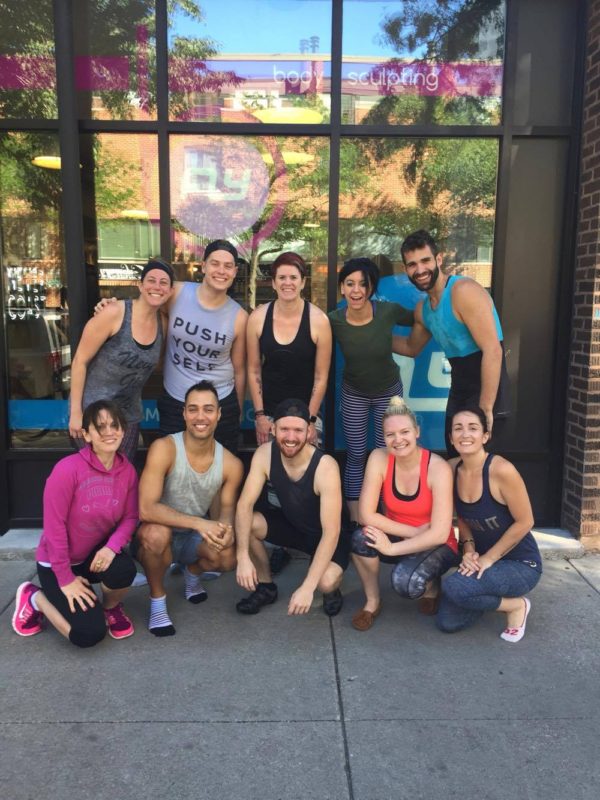 This month I made it a personal goal to go spinning every day. I live near Flywheel and I found that taking a midday break to go workout helped me to be more productive. There are several spin studios in my neighborhood, but I like Flywheel because of the technology on the bikes that give you a powerscore that determines the number of calories burned per class. It gave me extra motivation.

If you don’t have plans on Monday – I would love for you to cheer me on as I compete in a super spicy chicken wing eating contest for charity. $50 for each wing I eat will be donated to the Alzheimer’s Association. The contest is at Jake Melnick’s at 6:30.

After a full month at home, I am heading to Austin on Wednesday! I would love your recommendations – leave them in the comments!