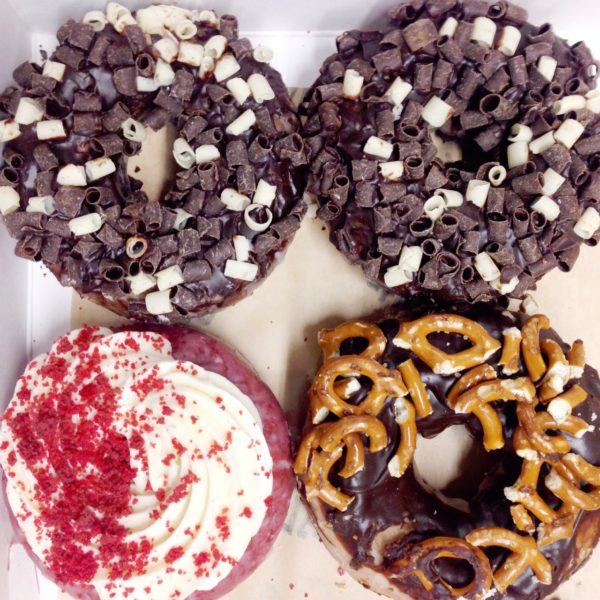 Happy Friday Everyone! I am celebrating my Friday with doughnuts. The doughnut trend is still going strong in Chicago, and I am 100% on board. Today’s doughnuts are from Glazed & Infused, which has six locations in the city. The Banana Nutella Pretzel and the Red Velvet are my current favorites.

What else have I been up to? I keep saying that January is calmer and quieter, but then when I look back, I realize that I have been kinda busy. Here is a recap of all the fun. 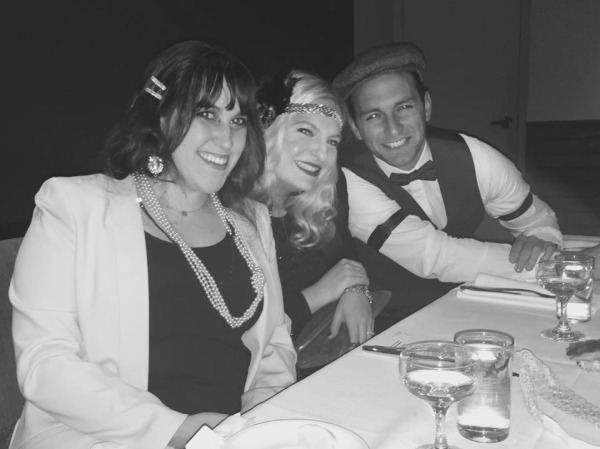 My friend Amanda threw a speakeasy party at The Bedford to celebrate her birthday, which means we got to get all dressed up and sip champagne. 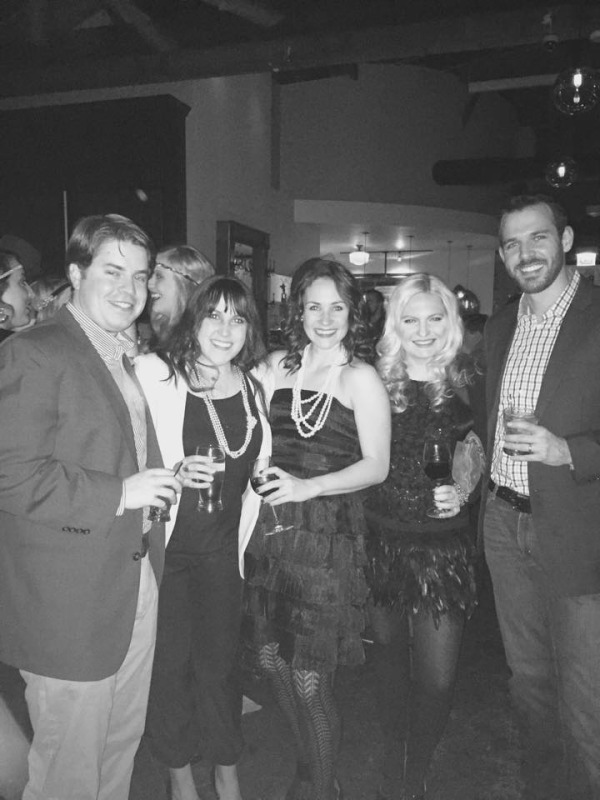 It was a fun night that ended at Old Town Social. (Oh and Charles briefly had a beard). 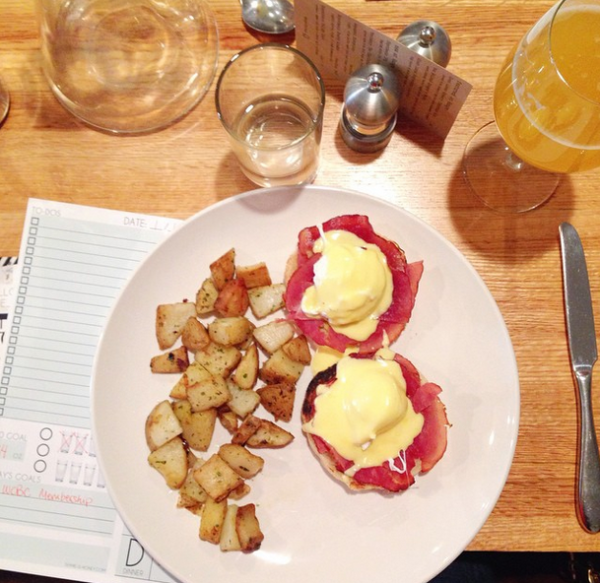 I joined a group of my girl friends for brunch at Range, and was given the most amazing Thyme is Honey planner. 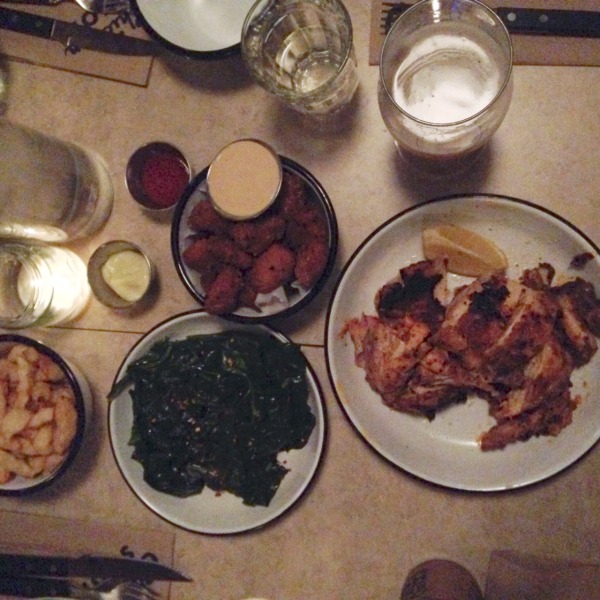 I have been returning to Chicken Shop on Mondays to hang out with some friends and eat rotisserie chicken. I have named the (almost) weekly event “Chicken Mondays” (not very creative, I know). 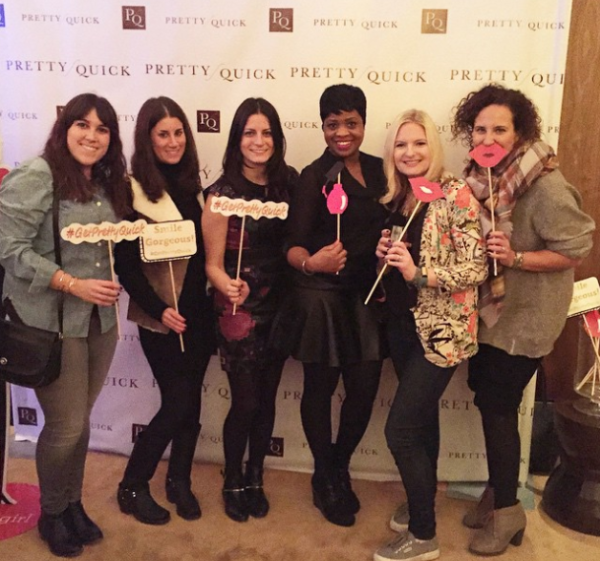 Beauty booking app, Pretty Quick, celebrated the launch of their new app with a party at The Library at The Public Hotel. The app is a seamless way to book manicures, hair appointments, massages, and other beauty appointments. You can sign up here, and get $15 off your first booking! The other cool thing is that you can earn rewards through the app, and every 8th manicure is free! photo via 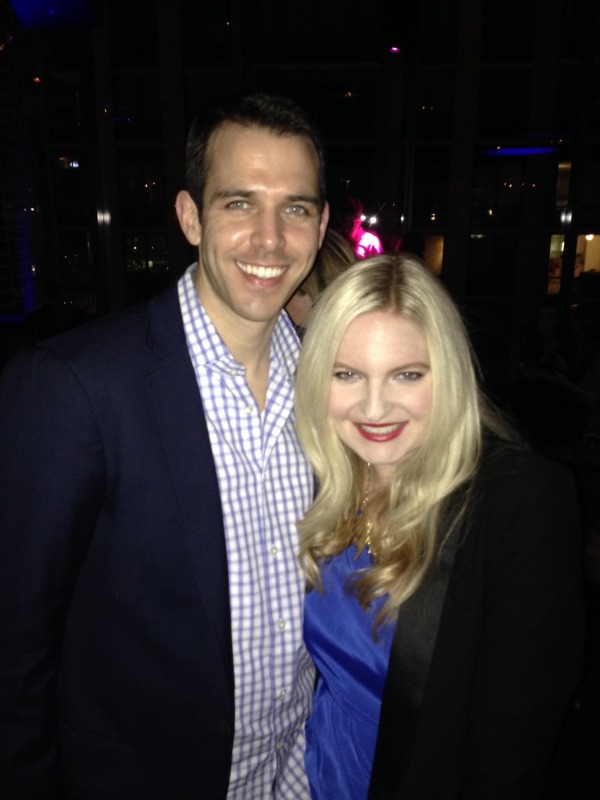 Charles and I went to Vertigo Sky Lounge at the Dana Hotel for their Fire & Ice Party. The annual party turns the terrace into an ice bar with a fire pit. 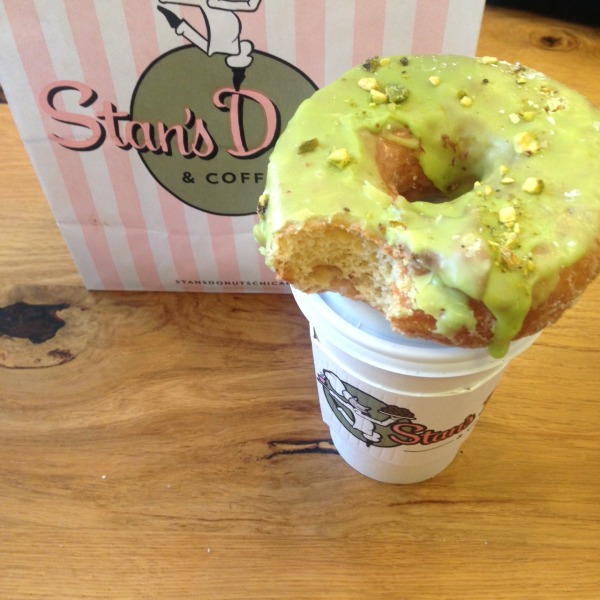 The next day we wandered around Wicker Park and stopped at Stan’s Doughnuts for a snack. The pistachio doughnut is something you need to taste. The abundance of doughnut shops in Chicago is becoming a problem for my waistline.

My Chicken Quinoa Burrito Bowl launched at Burrito Beach – with part of every purchase going to Inspiration Corporation. 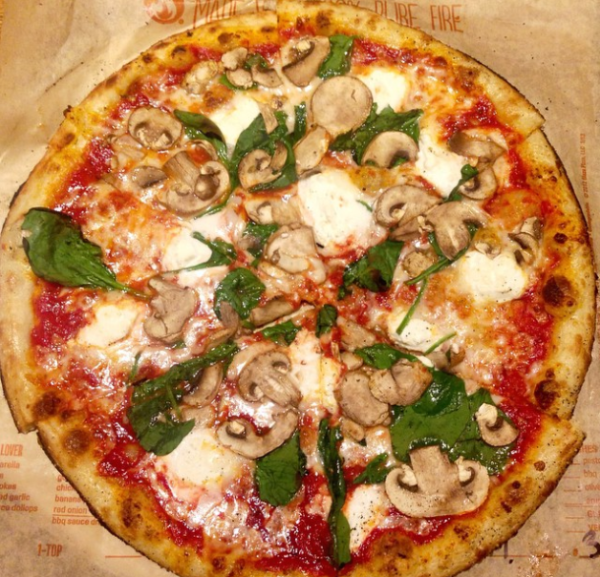 The Windy City Blogger Collective hosted a pizza making party at Blaze Pizza – a fast casual restaurant where customers get to build custom pizzas that cook in just 180 seconds. 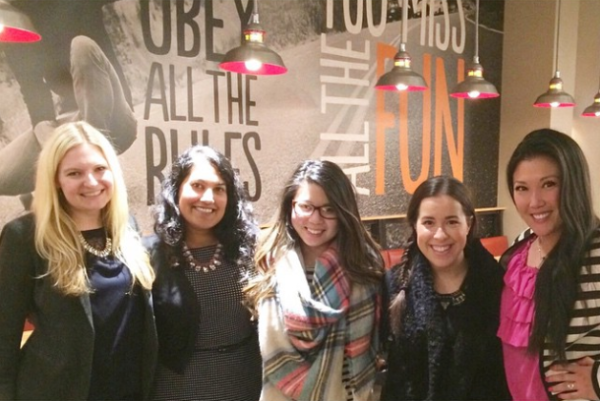 Blaze’s pizza is thin crust deliciousness, and they have three Chicago locations: Streeterville at 227 East Ontario, West Loop at 24 South Clinton Street, and Lakeview at 953 West Belmont. photo via 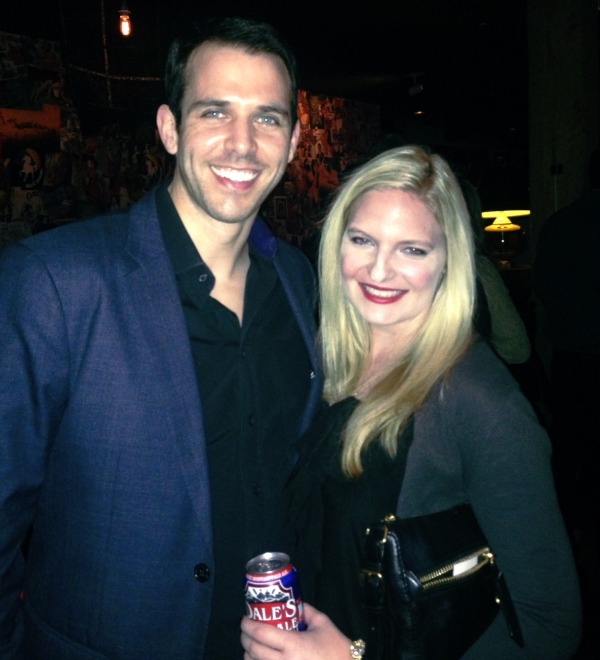 My Windy City Blogger Collective partner, Erin, celebrated her birthday with a party at Henry’s Swing Lounge. I think Erin’s brain must be linked to mine somehow because we have the most amazing way of working together and I would be so incredibly lost without her! We had a great time at the party – which involved s’mores. Charles questioned why I am always drinking cheap beer from cans… I don’t have much of answer, but he should be glad that I am a cheap date. 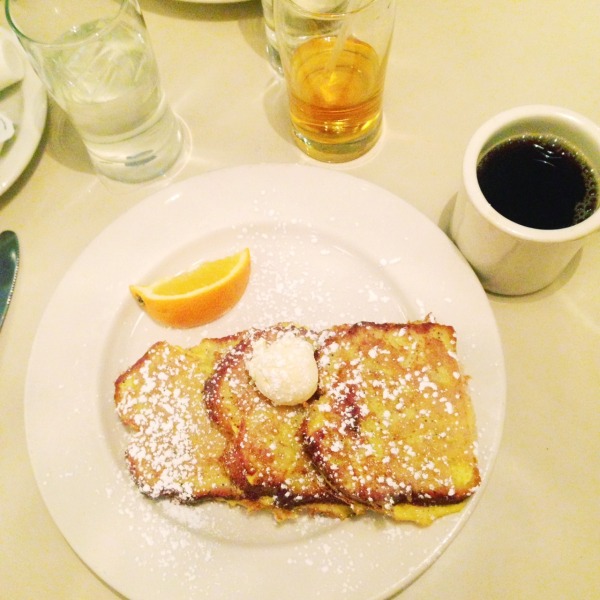 On Sunday Charles and I finally went to our neighborhood diner, Nookies, for brunch. I had the lemon poppy seed french toast. Nookies has a huge menu, and it is a great mix of simple classics and more original items like the french toast I ordered. It’s a more modern take on a greasy spoon diner. We made the plan for brunch on Saturday night, and then woke up to windy snowy weather. I thought that I might blow away on the walk to brunch, but it was so so worth it. 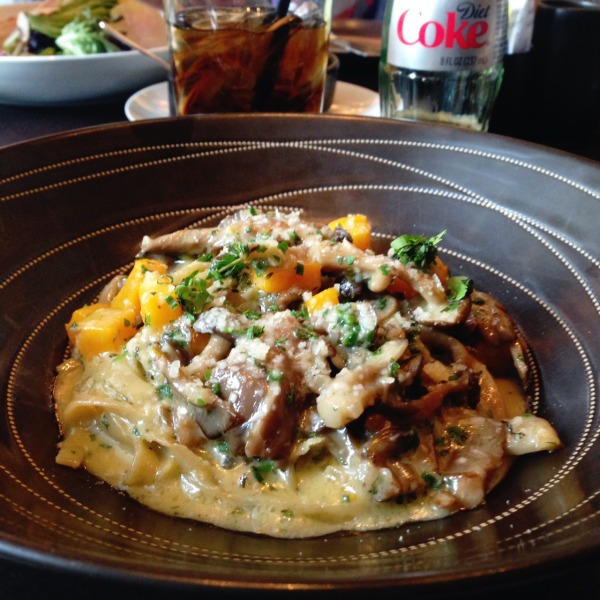 I joined friends for lunch at Nomi on Monday, which is just a stones throw from my office. The tagliatelle with brown butter and squash was the perfect warm up on a chilly day. 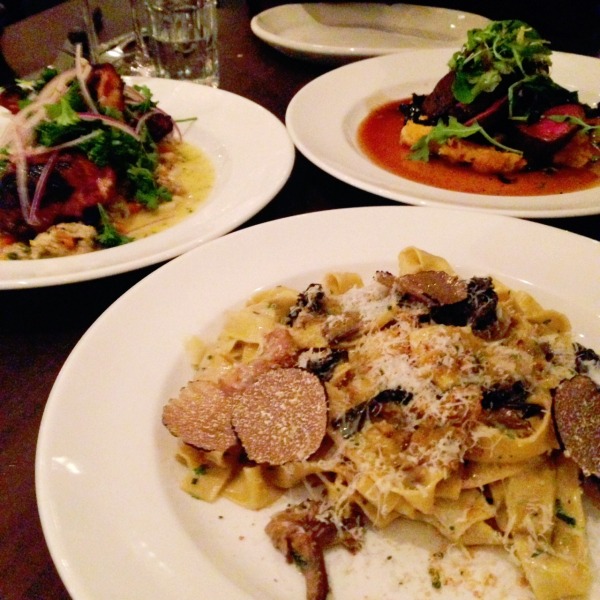 On Monday night I checked out The Kitchen Chicago, a new restaurant beside the river, with a couple of girlfriends. You can expect a more full report later. 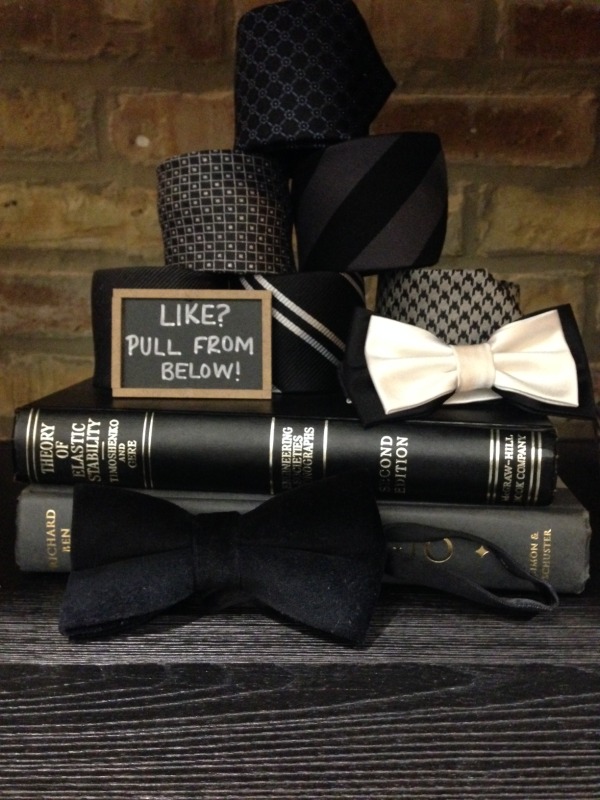 On Tuesday I headed to The Tie Bar for an event with my friend Ricardo. The Tie Bar has a shop on Armitage, just off the train shop, and it is my favorite place to shop for men. 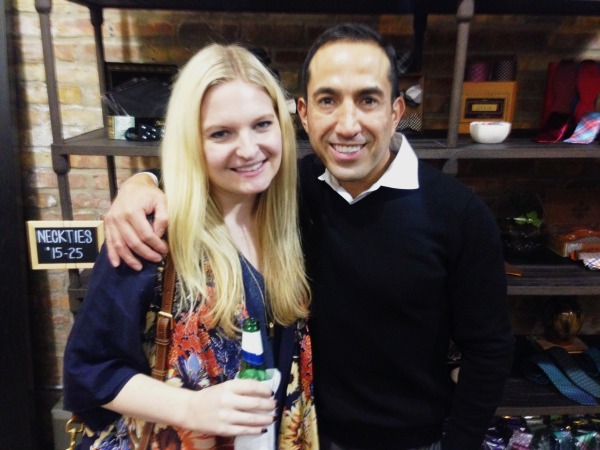 We went to the pre-party for the Steppenwolf Red or White Ball, which was such a blast. 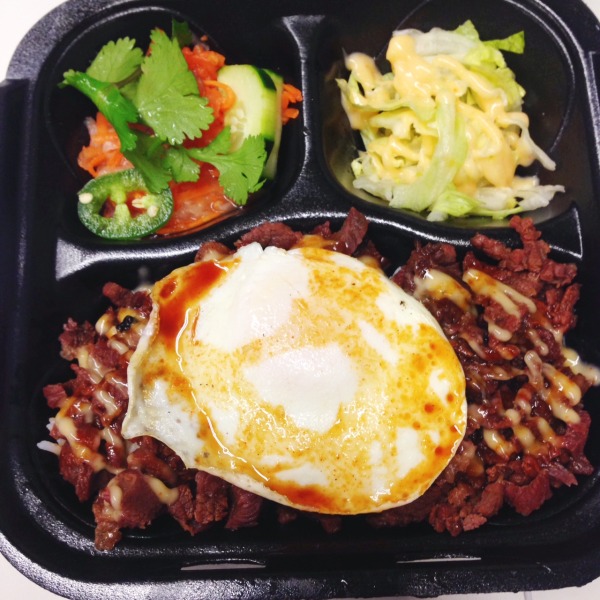 Have you tried the food truck the Chicago Lunchbox?! I know that I am late to the game here, but oh my goodness it is phenomenal. This is a photo of the Beefy Korean Rice Box with a fried egg, and it is one of the best lunches I have ever had. If you see this truck, you absolutely must try it. 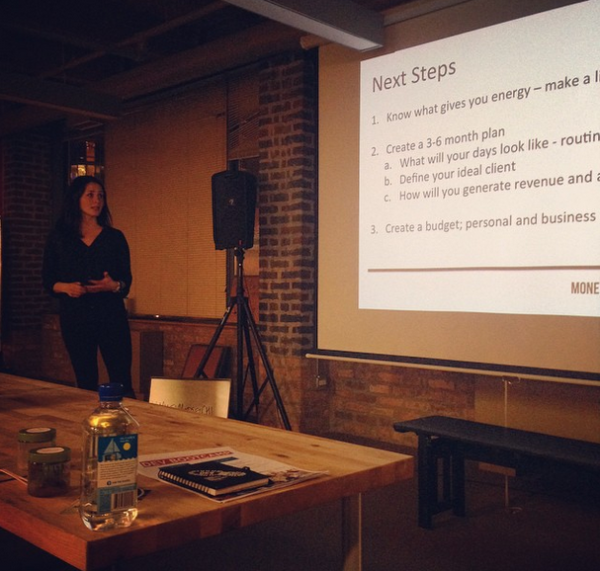 On Wednesday, the Windy City Blogger Collective hosted Money & Mindset with Amanda Boleyn and Helena Swyter. Amanda talked about mindset and starting your own business, while Helena, a CPA, spoke about taxes and money. Helena specializes in working with creatives and she really knows her stuff. 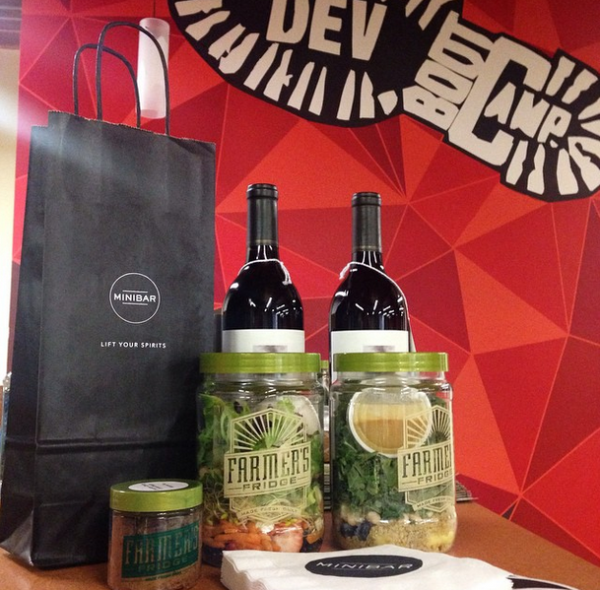 The event was held at Dev Bootcamp, which offers a 19 week web development bootcamp. Dinner was provided by my friends over a Farmer’s Fridge, a company that serves up fresh organic salads at pop up shops and at salad ATMs (they get refilled at least daily to keep things fresh). Farmer’s Fridge also makes the best cooke dough desserts. Minibar Delivery provided wine and prosecco. Minibar Delivery is a company that offers wine, beer, and spirit delivery via their website and online app. The company was started by two women, and they currently serve several markets including New York City, San Francisco, Chicago, LA, Dallas, and Miami. 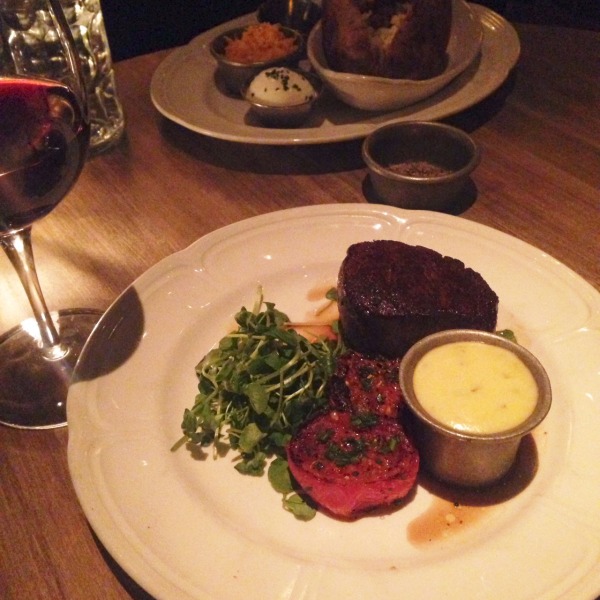 After the class Charles and I made an impromptu stop at Bavette’s, just because we had a hunch that getting a table at 9 on a Wednesday wouldn’t be a problem. 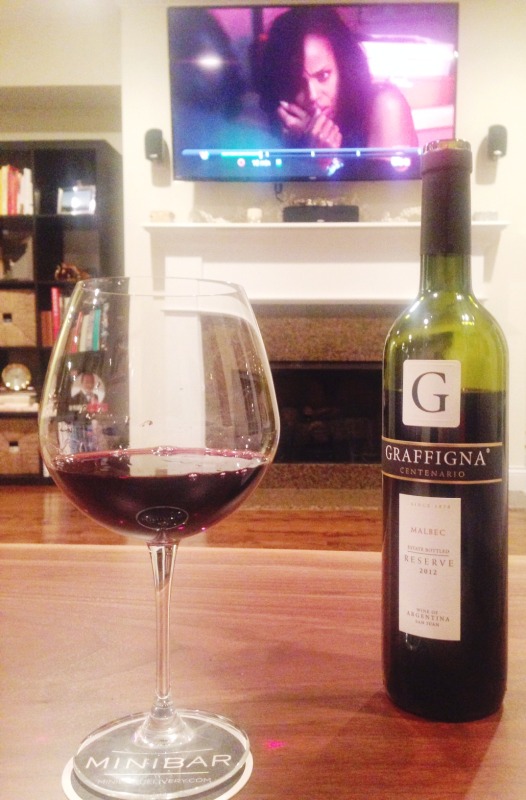 And do you watch Scandal? Because oh my goodness that episode was crazy. What’s even crazier? Olivia Pope herself, Kerry Washington, retweeted me while I was live tweeting the show. Check it out! I celebrated the show’s return the way it needs to be celebrated, with red wine. Minibar Delivery very kindly delivered this amazing Malbec to my doorstep.

So that’s everything I have been up to. Lots of wine and doughnuts and eating. It’s a good life.

Do you have big Super Bowl plans? Even though I am from New England, I am not much of a football fan. Instead, I plan to spend Sunday afternoon making Valentines with some girlfriends. I hope you have a fun weekend!

That is so cool the Olivia Pope retweeted you! Happy Friday Kit!