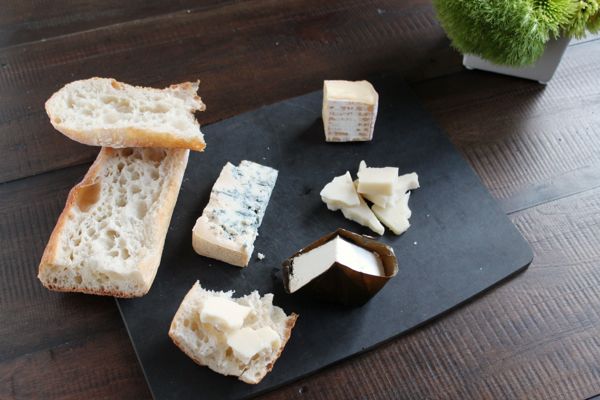 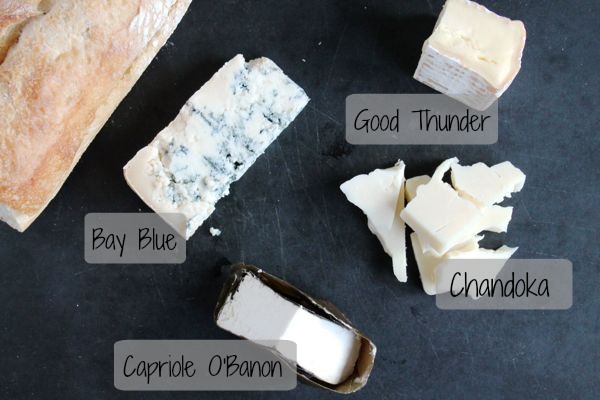 The first cheese was Capriole O’Banon, a goat cheese that had been aged in bourbon soaked chestnut leaves. It’s creamy, quite tart, and the chestnut leaves add a touch of nuttiness and the bourbon gives a hint of caramel. Bryan said that he likes to pair the tartness with honey to add some sweetness.

The next cheese was Good Thunder, a semi-soft washed rind cows milk cheese. It had a earthy nutty flavor and Byran said that it pairs well with pickles and onion jam.

The third cheese, Chandoka, a cow and goat milk cheddar was my favorite. It has the sharpness that people love in cheddar – that combination of acidity and bitterness that makes your mouth water. Bryan suggested pairing this rich creamy cheese with pickled vegetables to provide contrast.

The fourth cheese Bay Blue, was a creamy, very well balanced blue cheese. It was sweet, had hints of caramel, and wasn’t as pungent as most blue cheese. Byran had an extremely creative pairing for this cheese. He paired the cheese with a chocolate with pop rocks. It sounds crazy, but the sweet/bitter contrast worked. This pairing expresses Bryan’s desire to take the pretension out of cheese tasting. He explained that cheese was historically a peasant food, that was made to take advantage of extra milk. Bryan enjoys playful, less traditional, cheese pairings. 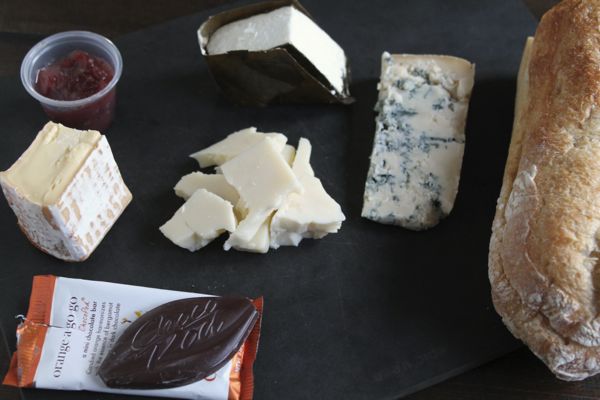 Pastoral’s American Cheese Month collection is available in-store, online, and in the restaurant. You can order everything from a small cheese plate to a gift basket. The quartet of cheeses have a great progression of flavors, which is the goal when assembling a cheese board.

Two things that set Pastoral apart from other wine and cheese shops are there incredible selection and their friendly and knowledgable staff. Every staff member I’ve met genuinely loves wine and cheese and wants to share their favorites with customers. I had a wonderful time meeting with Bryan and tasting cheese with someone who loves it as much as I do.

These all sound amazing! I live just a hop, skip, and a jump from the Pastoral wine bar so I know what I'll be doing this week!