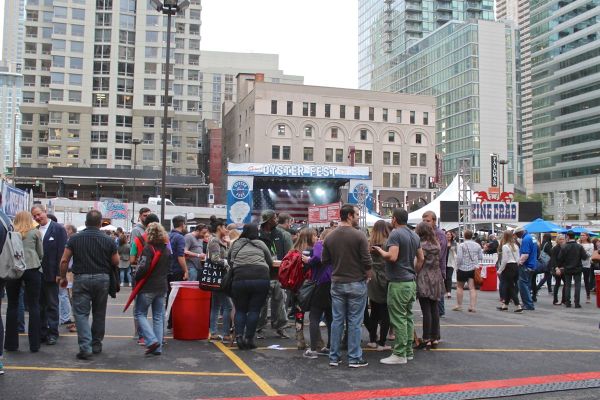 It would be impossible for me to exaggerate how much fun we had at Oyster Fest Chicago yesterday. It was one of my favorite evenings of the entire summer. The clouds parted, the rain stopped, and everyone feasted on craft beer and oysters while listening to some truly great bands as the Naked Cowboy wandered around. It was the ultimate Friday night. At first I was relieved that it was a one day fest, after already attending four festivals this summer the thought of a two day festival seemed exhausting, but I would excitedly return to Oyster Fest today if it was still happening. 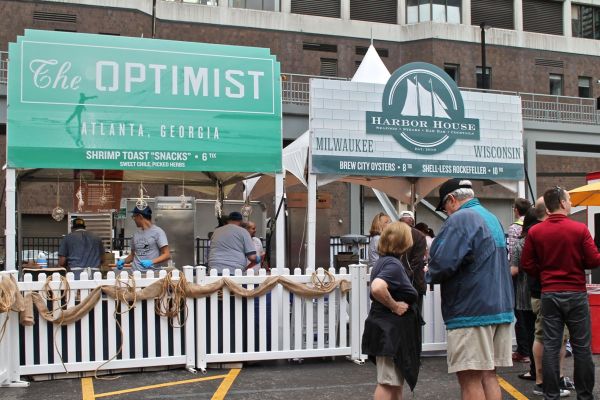 Upon arriving at the festival, my husband Charles got right to work taste testing (it is part of his job as a food blogger husband), hitting four back to back oyster stands in just minutes. Like Windy City Smokeout, which is also produced by Lettuce Entertain You, the restaurants were organized in booths around the perimeter of the space. 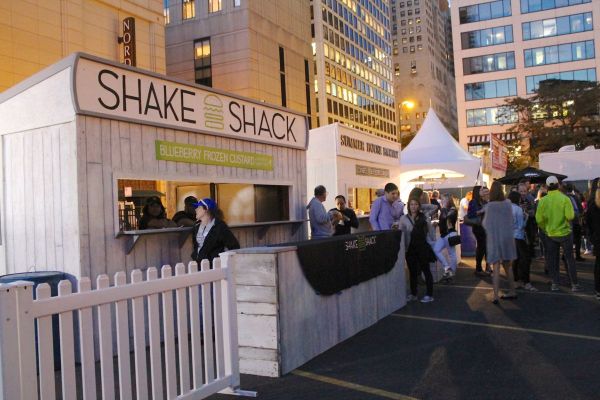 The oyster purveyors were lined up one after another on one side, craft beer was in the middle of the open space, and the non-seafood restaurants were on the other side. The stage was situated right in the middle. 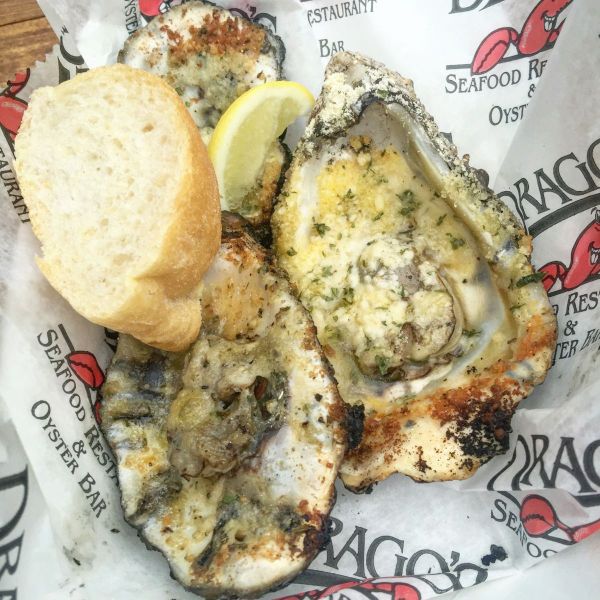 Charles and I started with trying the Charbroiled Oysters from Drago’s Seafood, an outfit from New Orleans. I will admit that I am not really a fan of raw oysters, but I do like them cooked. It’s a consistency thing. These charboiled oysters were serving pipping hot with garlic butter and Parmesan. The Parmesan/oyster combo was perfection. 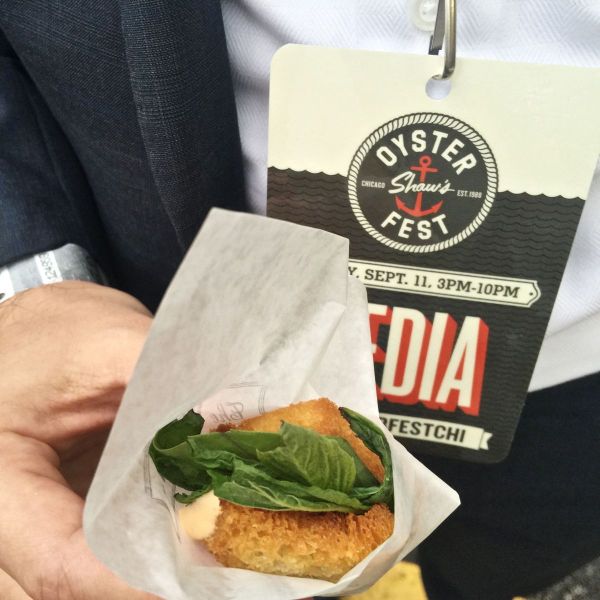 Then Charles hit up The Optimist from Atlanta and tried their Shrimp Toast Snacks. Fresh shrimp, sweet chile, and picked herbs were sandwiched between to crisp squares of bread to create these two bite treats. 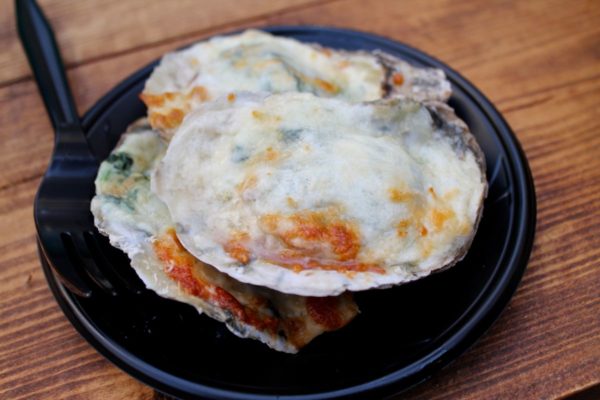 The thing that everyone had been talking about is the Oyster’s Rockefeller from Notkins Oyster Bar in Montreal, and it was the best thing I ate at Oyster Fest. The Oysters were smothered with spinach and cheese and then cooked until the cheese was just toasted. 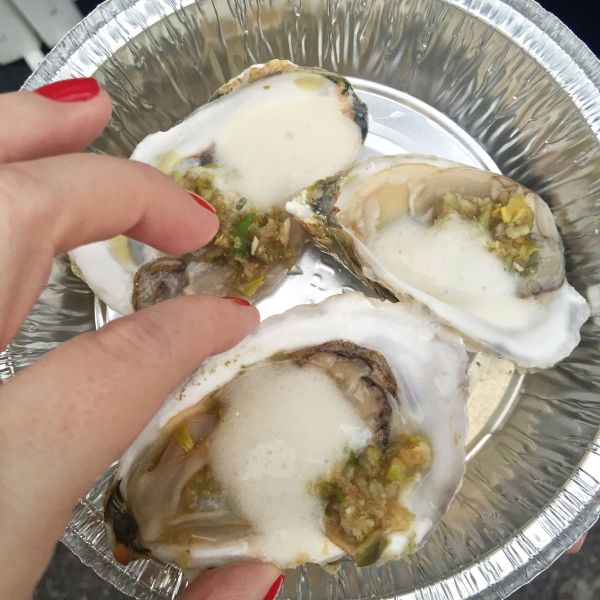 Charles had the Brew City Oysters from Harbor House in Milwaukee next, I hand modeled. 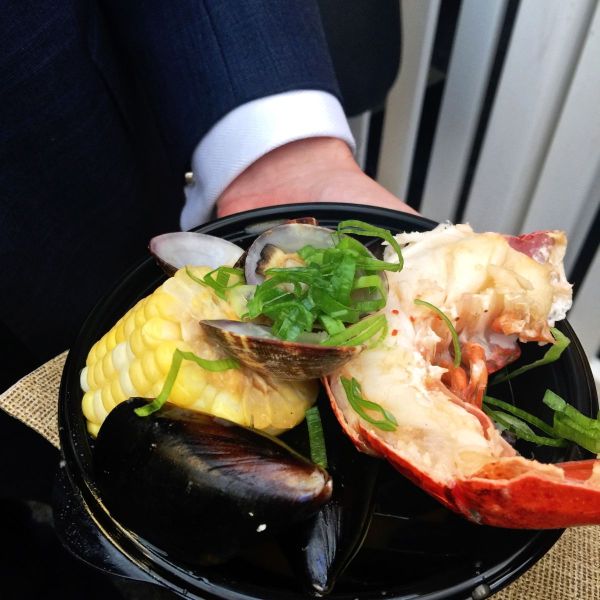 Out of the many, many things Charles ate last night, this was his favorite: a clam bake in a bowl also from Notkins. It had clams, mussels, lobster, and corn in a bowl – it was a smaller version of a traditional Maine clam bake! 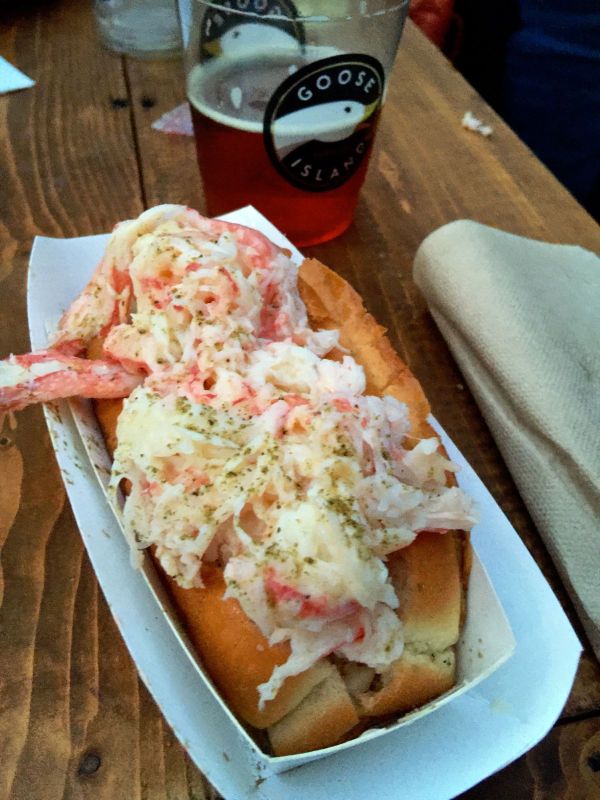 Other vendors included Luke’s Lobster who was serving up their signature lobster rolls, Shake Shack who had desserts, and Summer House who was selling with signature giant cookies. Shaw’s Crab House had King Crab bites, which Charles ate so quickly I couldn’t get a photo. 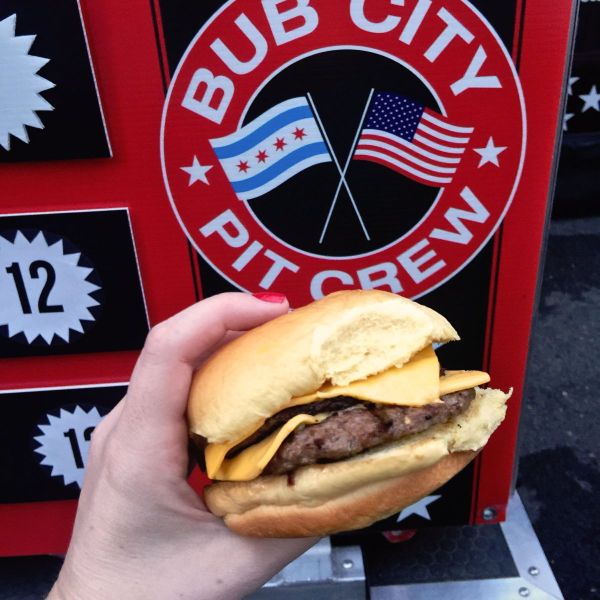 My friend Anna was raving about the burger at Bub City, so I had to try it, and it was excellent. It lived up her hype, and filled me up after snacking on oysters. 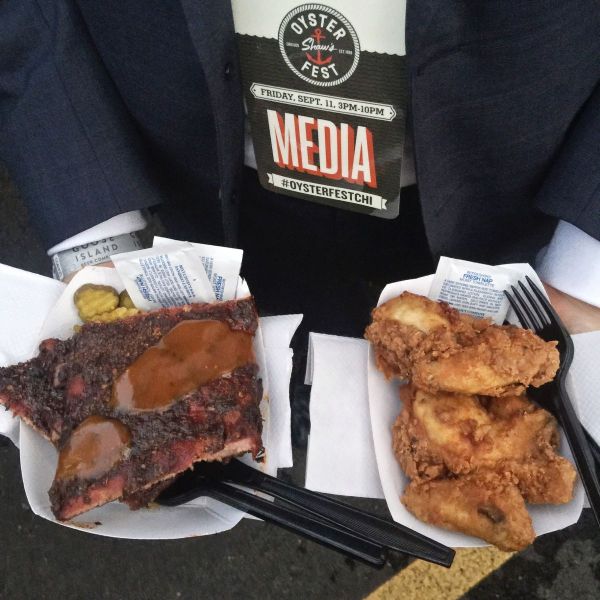 Charles later returned to Bub City for fried chicken and ribs, because apparently Charles is a bottomless pit. I really love Bub’s fried chicken, it’s tender on the inside, crispy on the outside. Their ribs are very good too – I just didn’t have room for them last night. 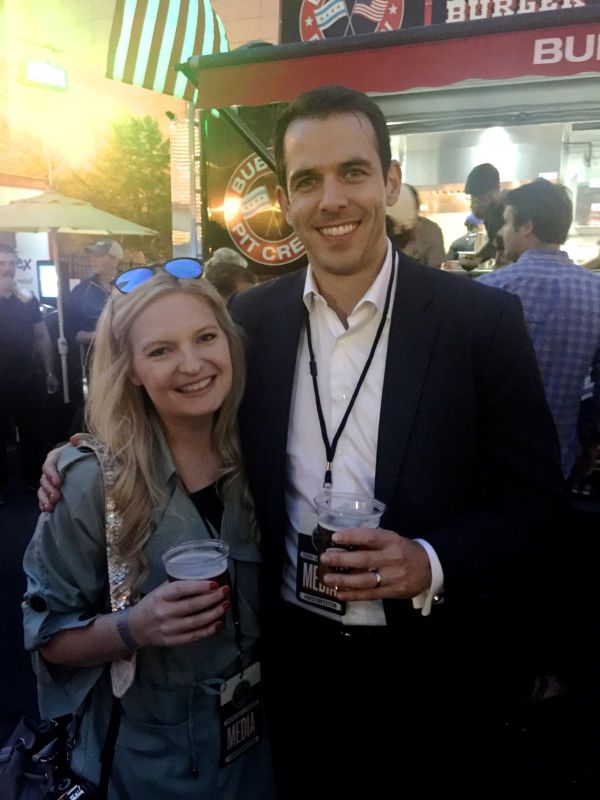 Once Charles announced that he could not eat one more thing, it was time to watch the Oyster Slurping Competition. This hilarious competition involved people competing to see who could slurp down a dozen oysters without using their hands the fastest. Definitely entertaining. 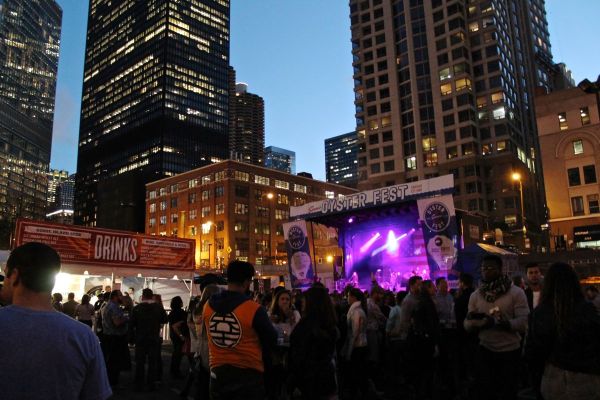 Once a slurping champion was crowned, St. Lucia took the stage and they seriously rocked out. I was with a friend who is St. Lucia’s biggest fan and he literally told us that “St. Lucia is really great live” a dozen times leading up to the show, and I must say that were fantastic live. They had a really fun energy, and I think that they are better live then they are on their album. 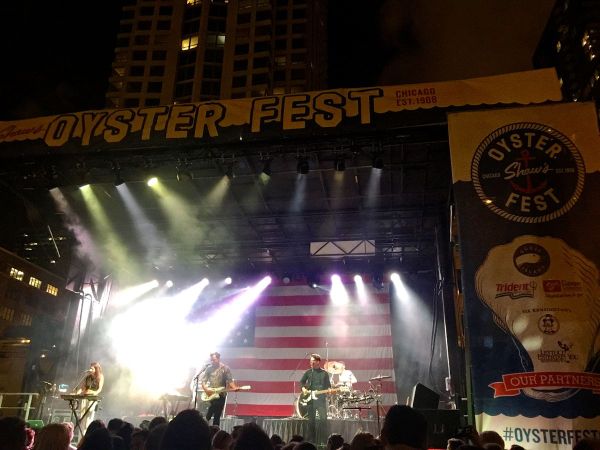 Thanks to everyone at Oyster Fest for the fun Friday night!