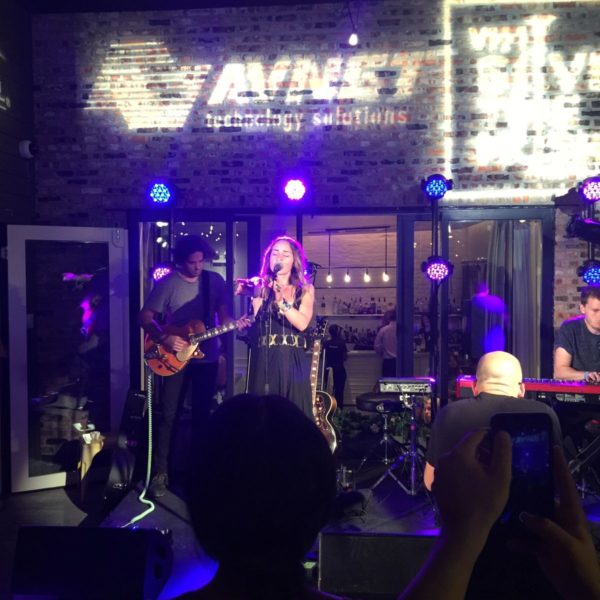 Some parties are just magical, and that is the best word to describe VH1 Save the Music’s Lollapalooza After Party at Little Goat. Guests gathered on the rooftop where they were treated to bites by Top Chef winner/ Little Goat Chef Stephanie Izard, and an intimate concert by singer/songwriter Zella Day.

A day at Lollapalooza is exhausting. All I wanted was some good food and lots of water, and Little Goat had plenty of both. At most parties it might not make sense to have large water jugs at the bar, but it made perfect sense at this event. It was a little detail that I really appreciated. While some bites were passed, there were platters of chips and dips out on the tables. I love Chef Izard’s taco dip and pimento cheese which were served with her homemade extra crispy tortilla chips. 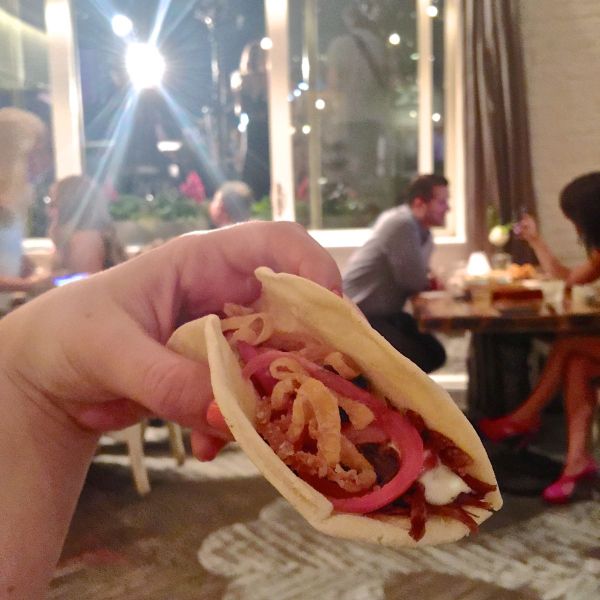 If guests needed more than a snack they could head over to the build your own goat taco bar, where tender shredded goat leg was offered along with a variety of sauces and toppings.

Once our bellies were full, Zella Day took the stage. Even though she played at Lolla earlier in the day (it was wonderful), Zella was full of energy and clearly happy to be at the party. (Even if at only 20 years old the drinks were off limits). She started by playing songs off her new indie-pop album including Hypnotic and Sweet Ophelia, before transitioning into playing covers. At one point she said that the party was so much fun that she didn’t want to stop playing, and played for nearly twice as long as was anticipated. 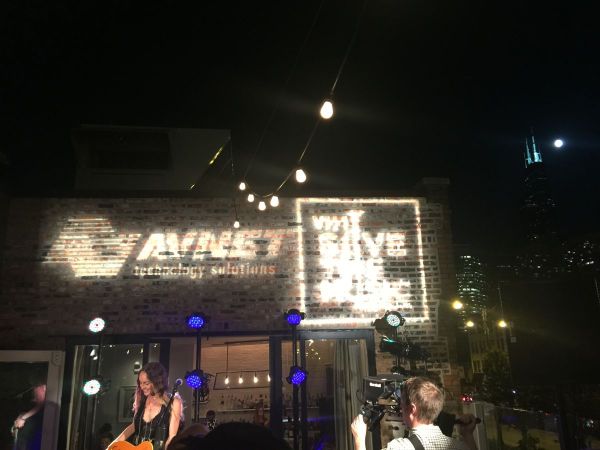 We cheered her on repeatedly asking for one more song, and Zella happily played along. She started with covers of Seven Nation Army, and Brand New Key, before ending with Johnny Cash’s classic Folsom Prison Blues. The covers showed her range as an artist, and her genuine excitement to play for an enthusiastic crowd.

The evening ended with Zella and Chef Izard mingling with the crowd, while guests soaked in every moment of the perfect party. Huge thanks to VH1 for inviting me!