It’s crazy to think that I am already 30 days into my 101 day trip. Time is FLYING by! In the past week, I made my way from Australia to Vietnam and I have spent the past two days on a bike tour of the Mekong Delta. 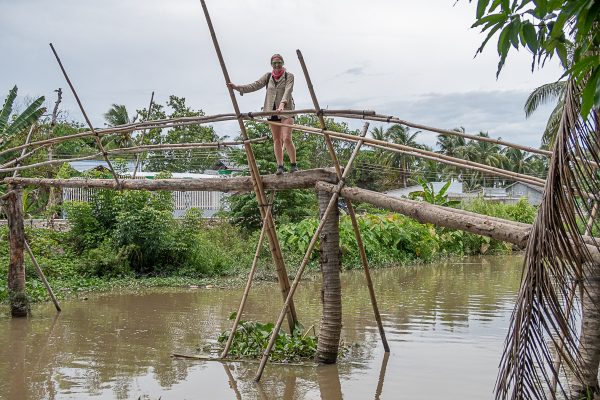 I loved Melbourne, it’s a big modern city with lots of personality, which makes up for the fact it isn’t exactly the prettiest city. 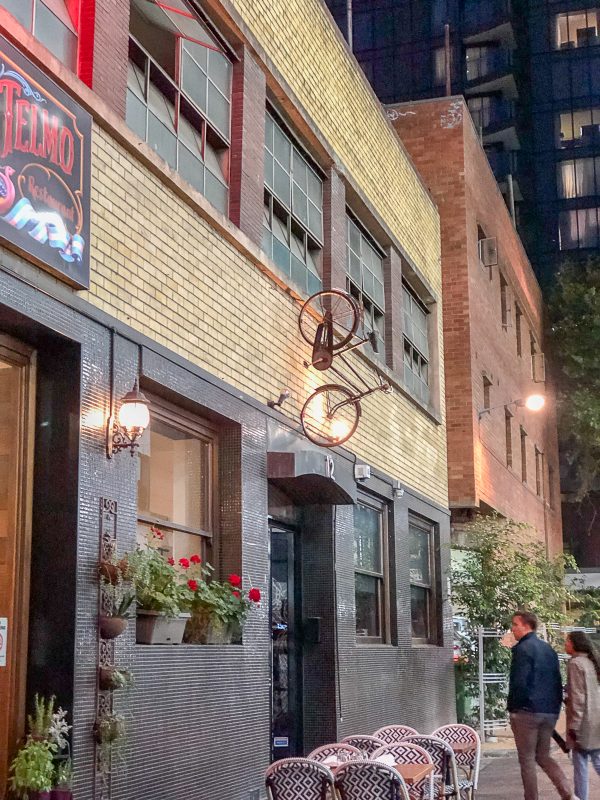 Throughout the trip I have been turning to Airbnb Experiences to find unique things to do (this is not sponsored), and in Melbourne I joined a tour of secret bars and laneway bars. Melbourne has all of these tiny passageways where all the cool places to eat and drink are hidden. 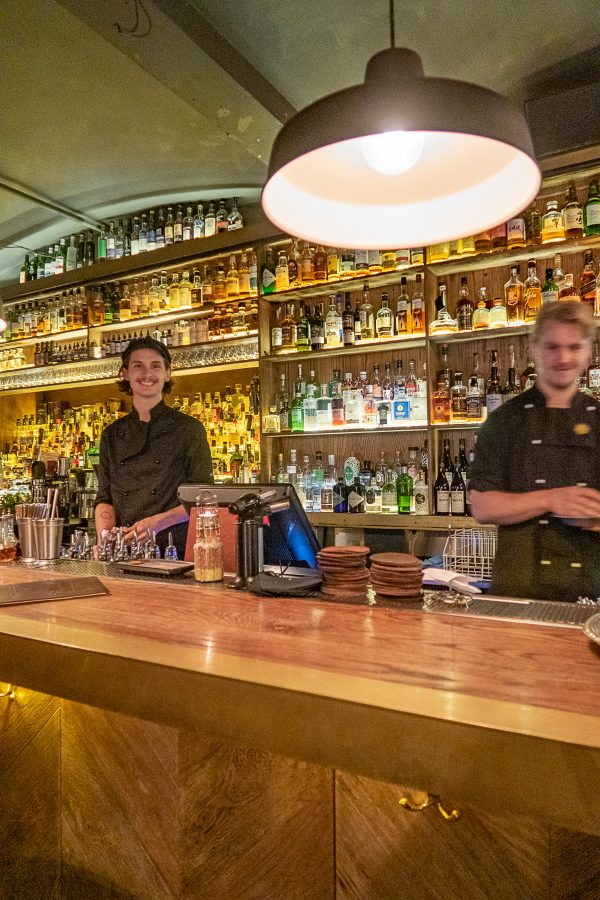 During the tour we visited an alleyway bar in an old parking garage, a rooftop bar accessed via a fire escape, and a bar hidden within a pizza shop. My favorite stop was a basement speakeasy called Beneath Driver Lane, which reminded me of the Evans & Peel Detective Agency in London. 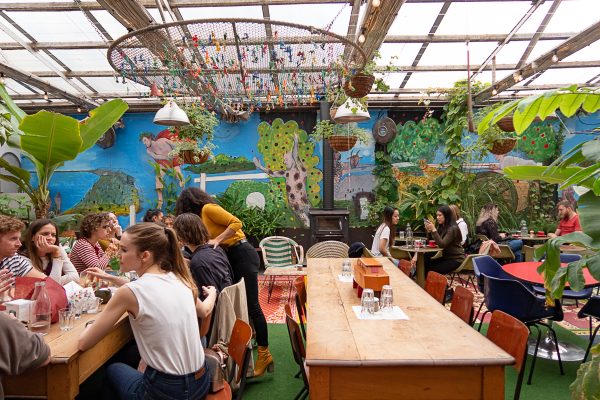 I also did a bike tour which took us on a 10 mile journey around the city and introduced me to Fitzroy, the hipster part of town. We had lunch at the most oddly decorated restaurant. 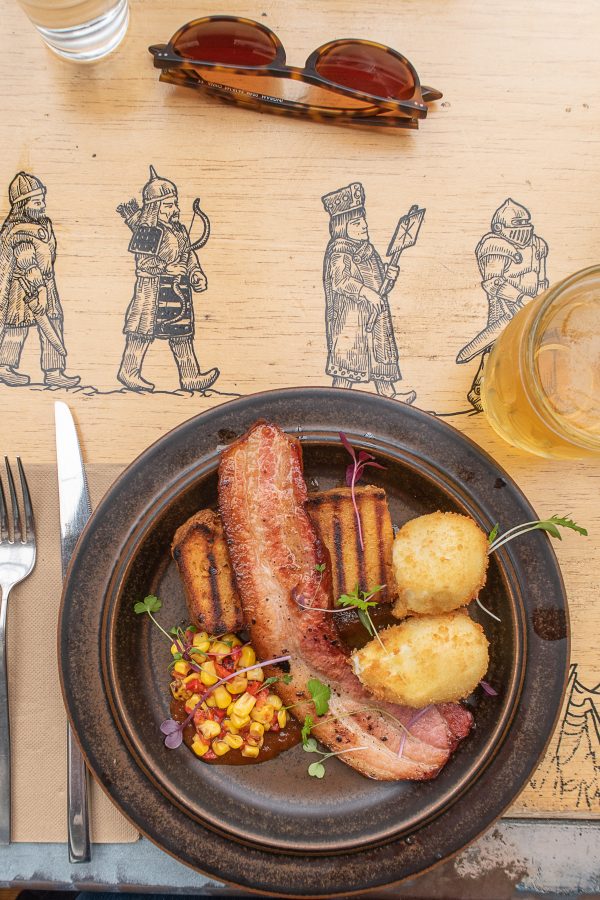 My meal was a bit strange too. It’s was poached eggs that were lightly breaded and fried, cornbread,  some sort of salsa, and thick cut bacon. 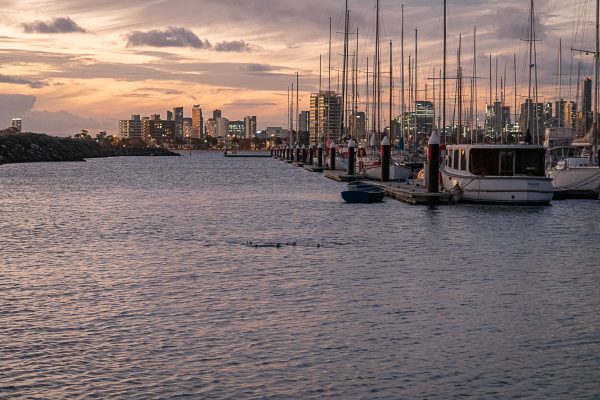 While I got to see koalas and kangaroos in Sydney, I visited the St. Kilda’s penguin colony in Melbourne. The variety of wildlife in Australia is surprising. I want to mention that it’s very hard to get a half way decent photos of dark penguins on dark rocks in the dark, but this photo shows their little heads popping up out of the water. 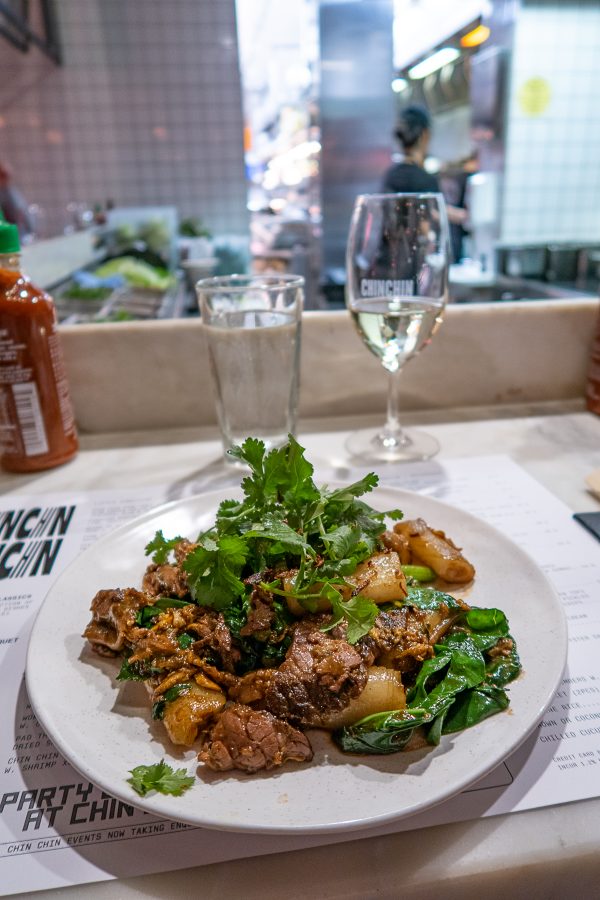 I ate very well in Melbourne. Several people messaged me to recommend Chinchin, and I absolutely loved it! The cuisine is Asian fusion and I had the most incredible Pad Seuw with Waygu Beef. It’s going to be on my mind for a while. 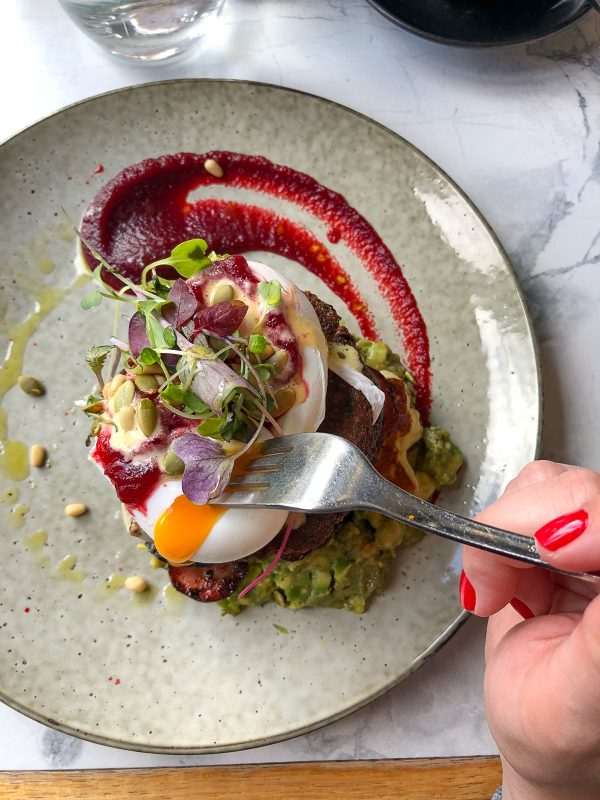 I headed back to Fitzroy for breakfast on my last day in town and had a giant stack of food at Attaboyroy which involved a zucchini fritter, grilled haloumi cheese, guacamole, mushrooms, and poached eggs. 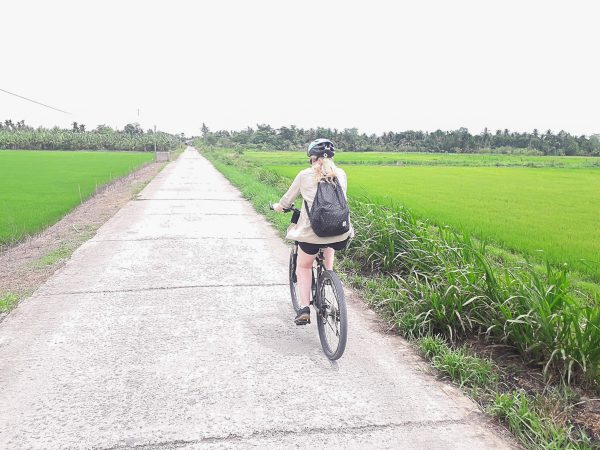 My last order of business in Australia was purchasing a bike helmet for the bike tour I would be joining in Vietnam. Getting to Vietnam required an 8 hour flight, which was made longer by two flight delays (one while we were on the plane) and a delay deplaning once we landed. Getting my visa upon arrival wasn’t the most streamline process either, but I made it!

I spent my first day in Vietnam in Ho Chi Minh. I visited the War Remnants Museum which teaches the history of what the Vietnamese call The American War. One exhibition focused on the photographers that died covering the war, which was a perspective of the war I hadn’t learned about before. The museum is a must-see if you get to Ho Chi Minh. 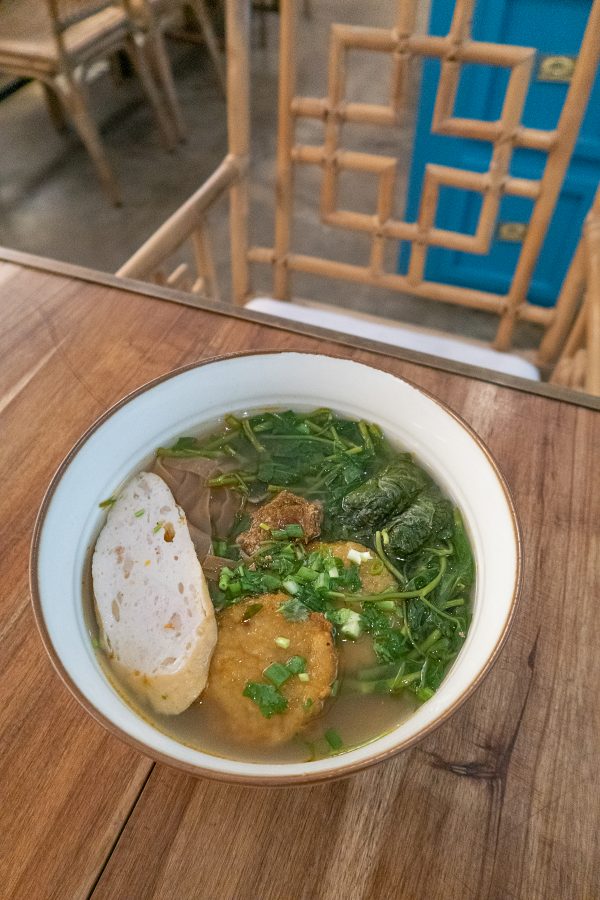 Speaking of Ho Chi Minh, the locals still call it Saigon because it’s shorter and easier. I spent that night in Saigon on another Airbnb Experience which involved visits to a coffee shop, a restaurant where I tried local food, and two cocktail bars. The host of the experience, Annie, was lovely and I had a great time learning about Vietnamese food and culture from her. 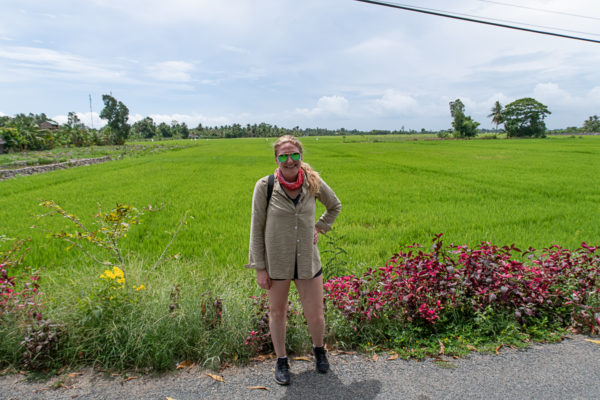 The next morning joined I started a four day bike tour along the Mekong River Delta. It’s the low season for tourists in Vietnam, so I am the only one on the tour. I am two days into the tour and we have biked about 35 miles each day, in 90 degree heat. 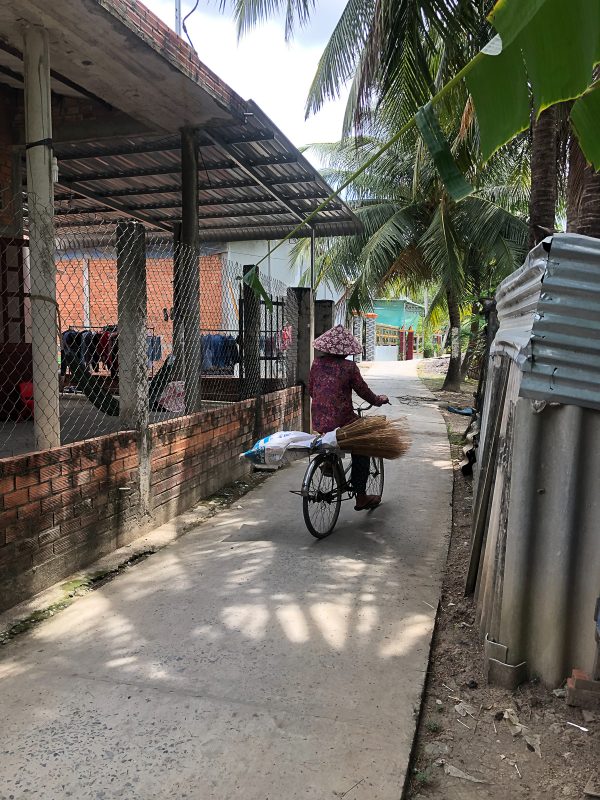 By biking we are able to visit small remote areas that can’t be access with cars. We have been going down small paths between rice paddies and along canals. Almost every local that we pass excitedly says “hello!”. Sometimes I hear a chorus of hellos behind me as we pedal along. The Vietnamese people have been so kind, and I am loving the food. 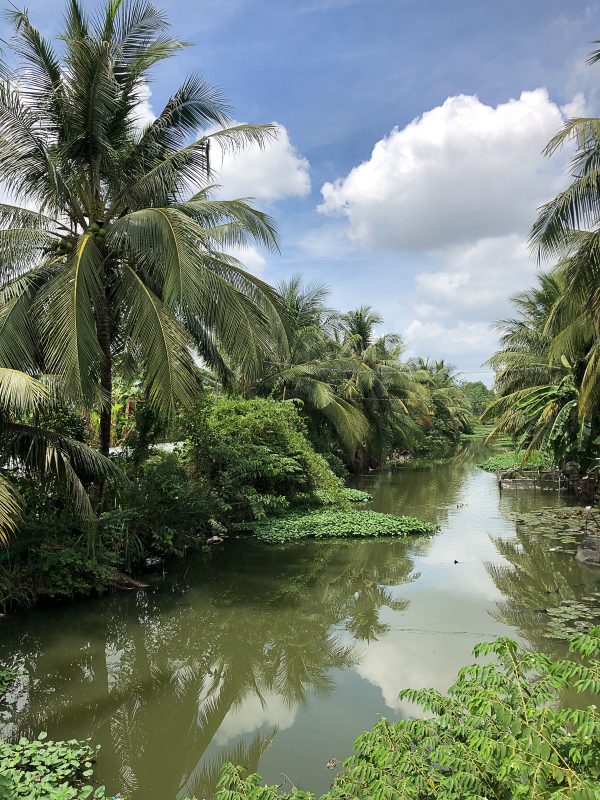 I am tired, my legs are a bit sore, and I have more biking to do tomorrow, so I am going to call it a night. A new podcast about Melbourne just went up, and I will have a new podcast about Vietnam up next week.

Thanks for following along!