In the past week, I have kayaked with dolphins, met koalas and kangaroos, and hiked to lighthouses. I’ve made my way from Brisbane to Byron Bay to Sydney and I am heading to Melbourne next. 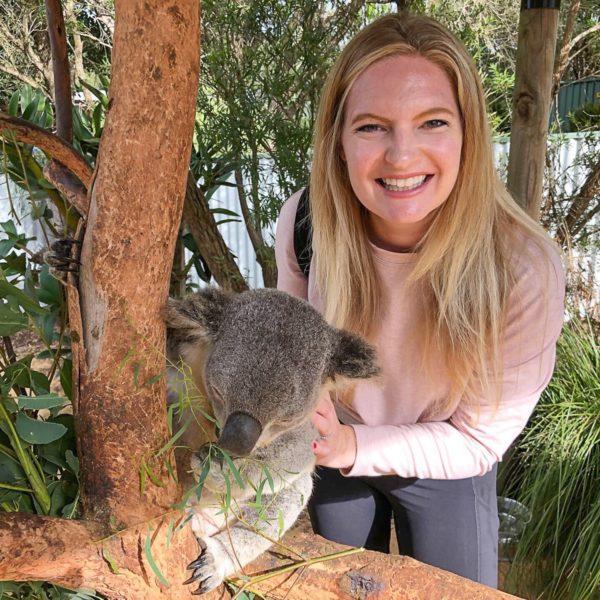 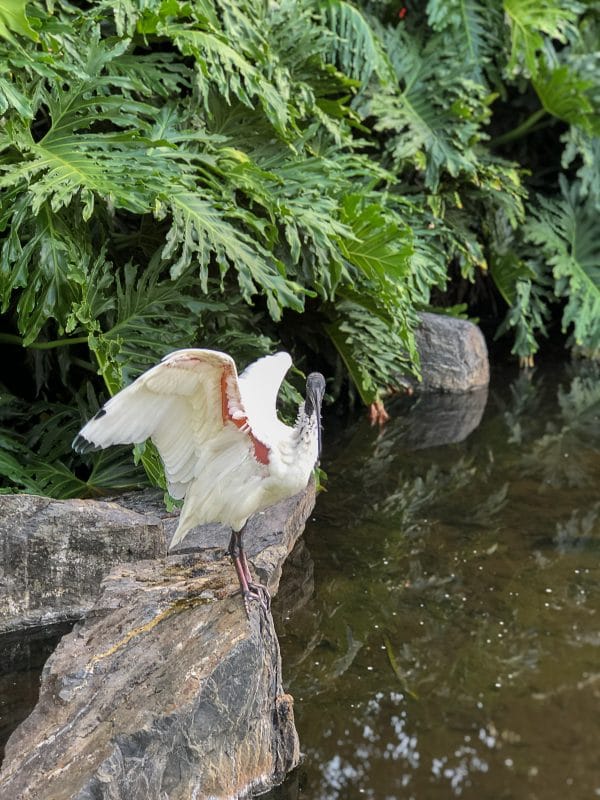 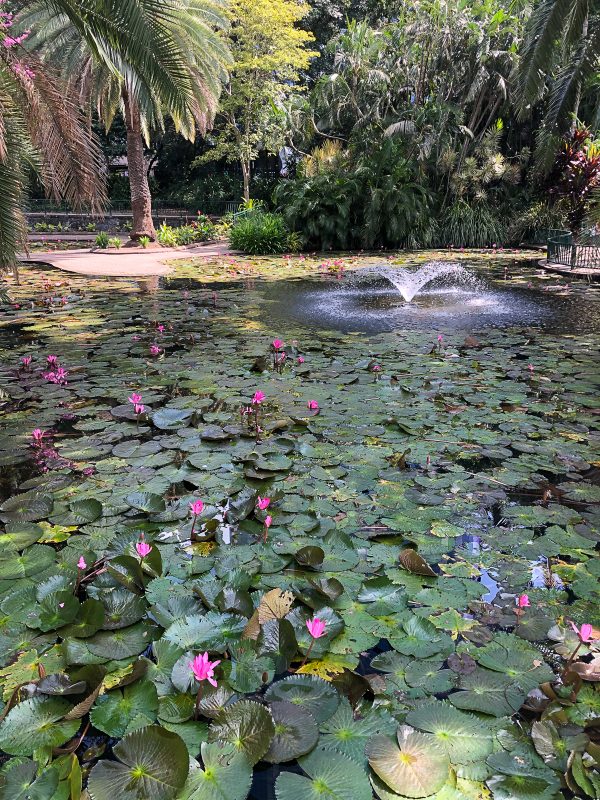 My stay in Brisbane was quick, locals recommended that I spend my time in Byron Bay instead and I am so glad that I listened to their advice. I spent one night in Brisbane before taking a bus two hours to Byron Bay. Brisbane is a city and there isn’t too much for tourists to do there, but I did visit the beautiful botanical garden. 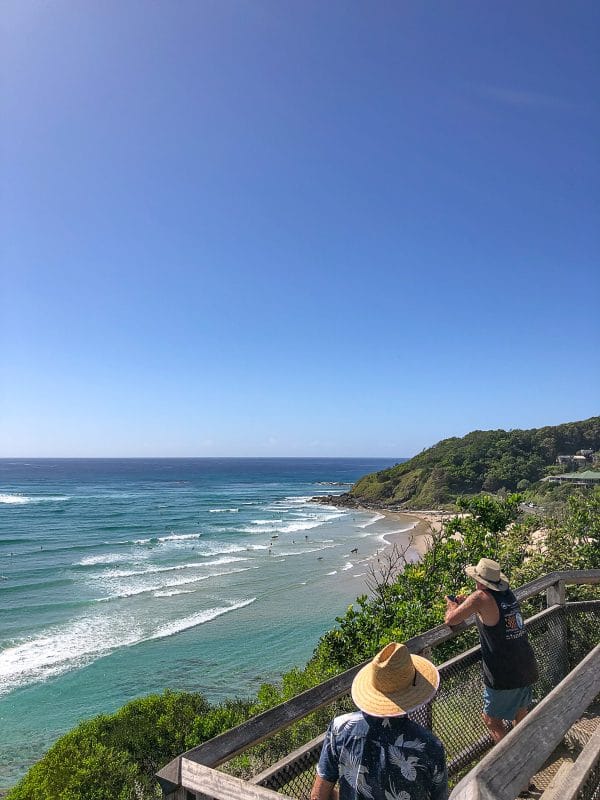 I liked Brisbane, but I loved Byron Bay. It was sunny and hot in the afternoons, and the town wasn’t crowded since I went just after the Easter holiday. Easter is the Australian equivalent to what Labor Day is to New Englanders, it’s the last holiday before summer break ends and school starts up again. I stayed in a great Airbnb about a mile outside of town and rented a bike to get around. 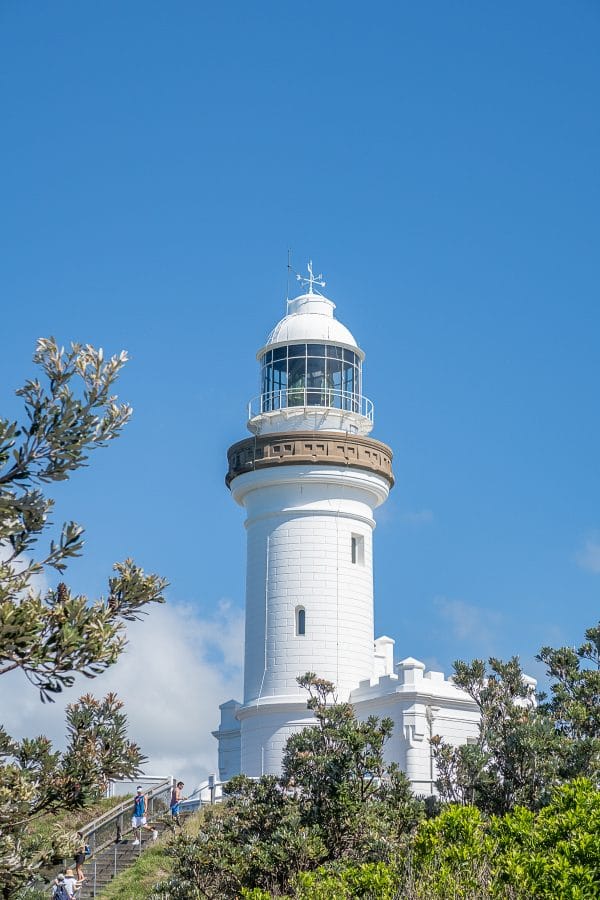 Byron Bay’s most famous landmark is a large lighthouse on one side of the bay. I biked and hiked my way to the top, enjoying the view of the beaches along the way. 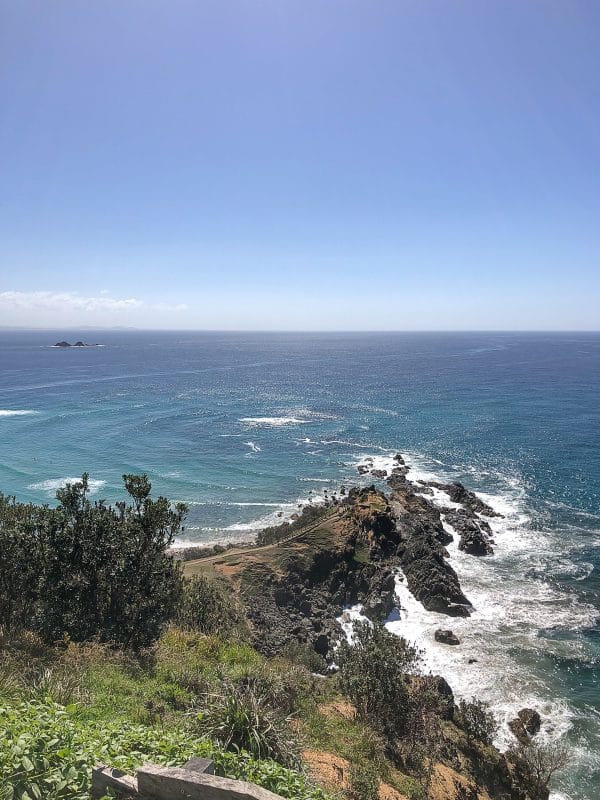 I spent my afternoon lounging on the beach and swimming in the ocean. 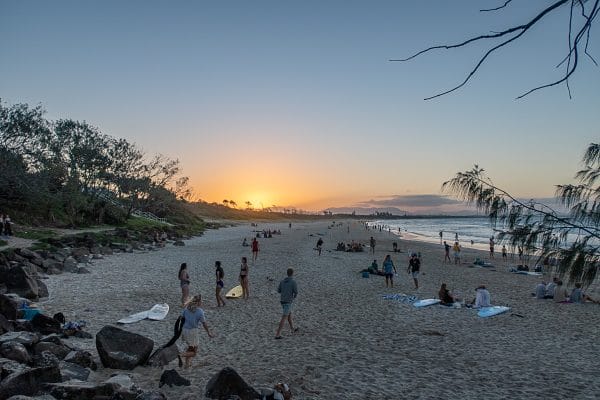 Byron Bay comes alive at night. There are dozens of restaurants downtown, and the streets fill with buskers. Busking is encouraged in Byron Bay, and small crowds gather to listen to the musicians. 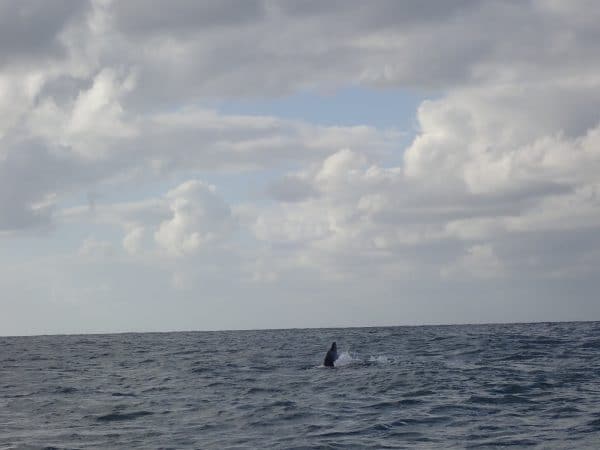 The next day I went on a kayaking with dolphins tour, which was absolutely incredible. We kayaked from the beach out into the ocean past the surfers and to an area where sea turtles and dolphins are known to hang out. 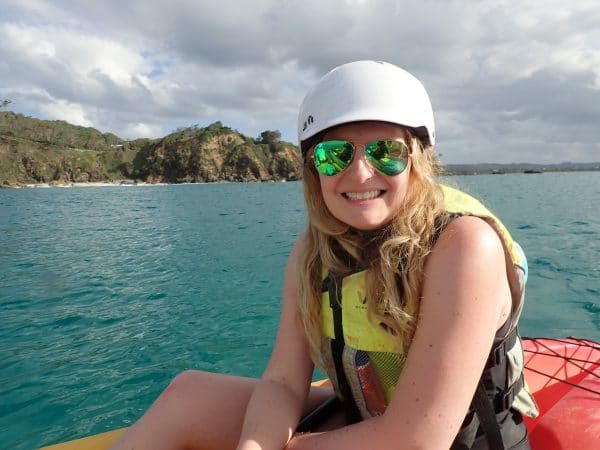 I wasn’t sure if we would really see dolphins, the tour guides can never control what the dolphins want to do, but we had some great viewings. We saw one jump right out of the water, and then there was a long period of time when the dolphins were swimming near us. We saw sea turtles too. 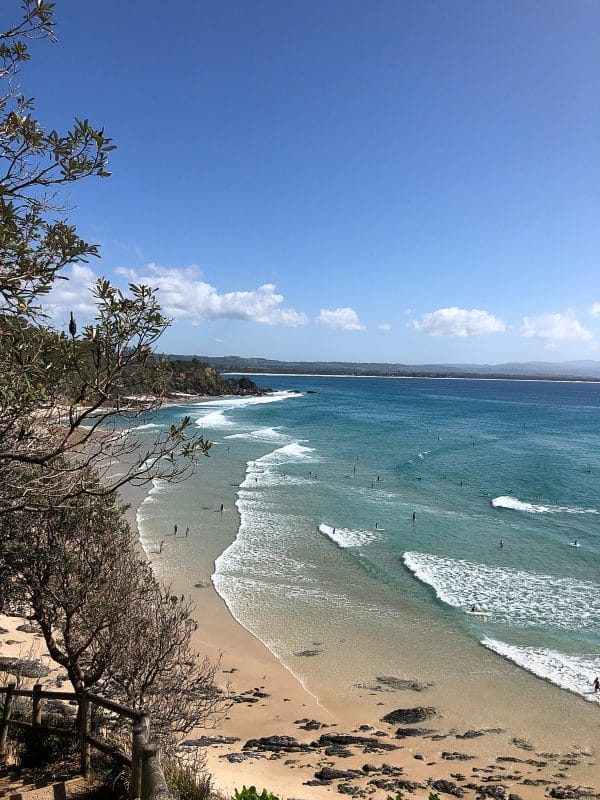 I could have easily spent another week in Byron Bay. It was a quiet relaxing place to spend time, and the weather was perfect for spending time on the beach. 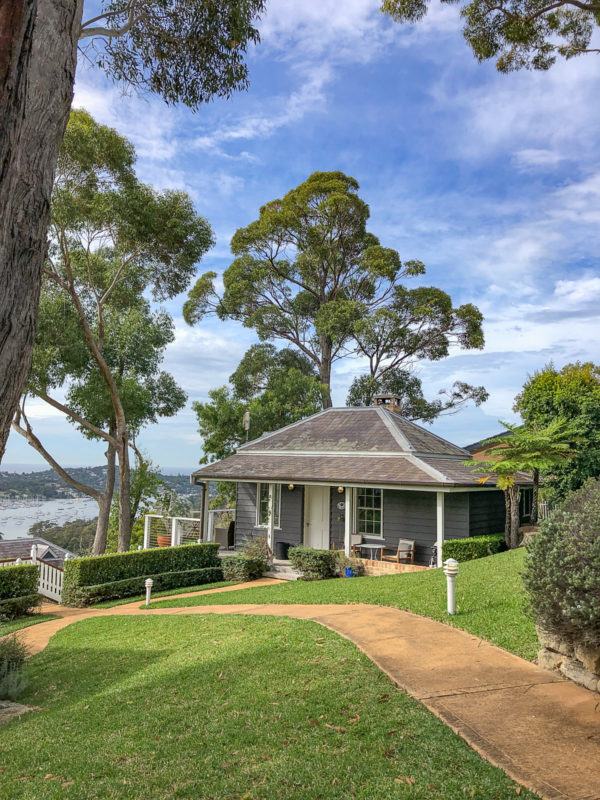 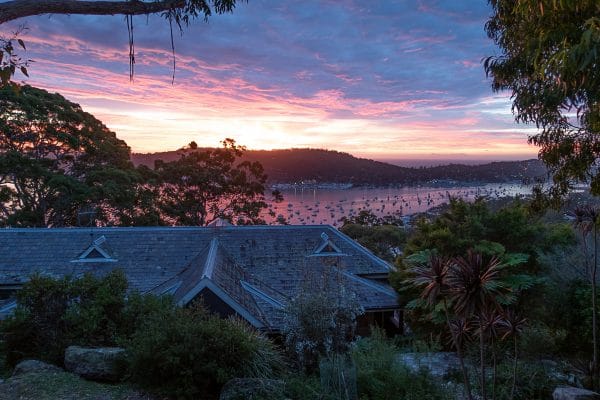 From Byron Bay I continued on to Sydney. I decided to stay 45 minutes north of the city in a small bungalow overlooking a bay where I saw some of the most beautiful sunrises of my life. 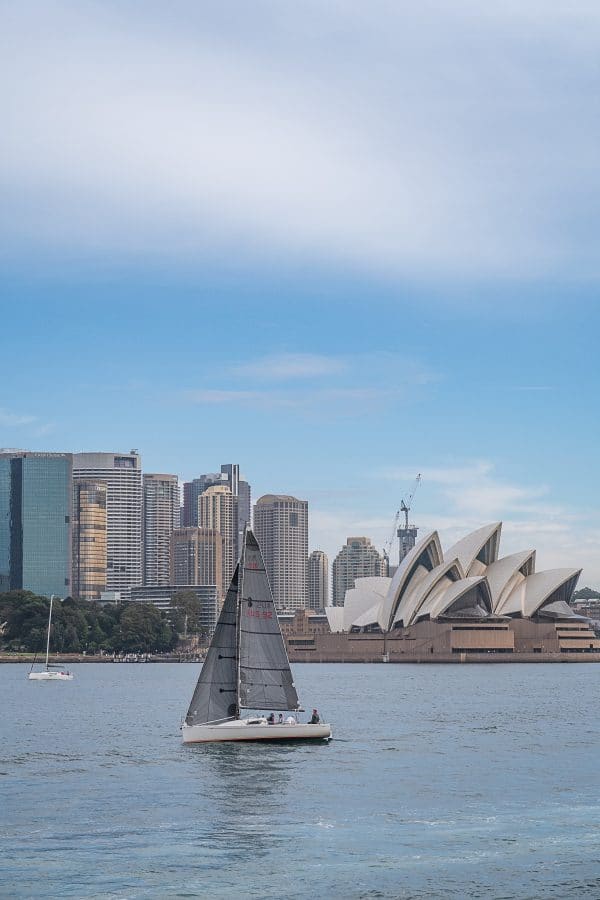 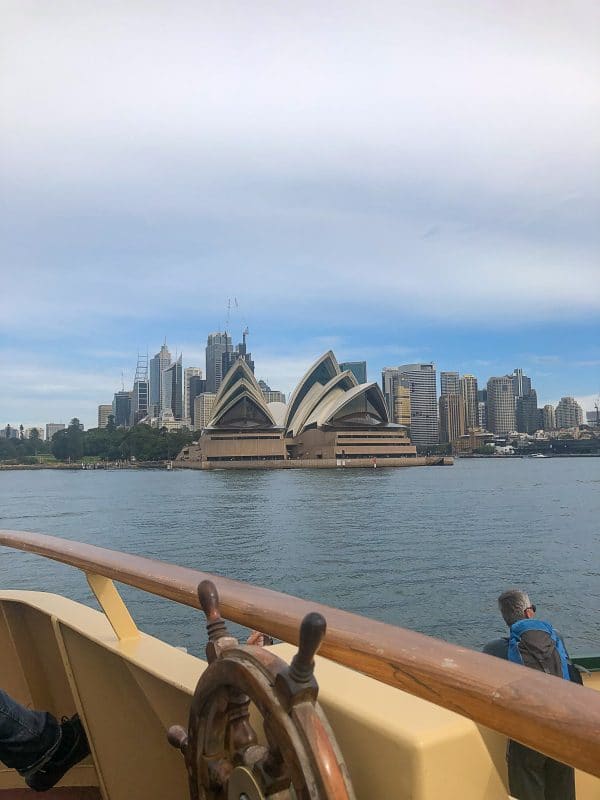 I started my exploration of Sydney by taking the ferry from Manly to Circular Quay. The ferry ride gives passengers excellent views of the Sydney Opera House, the bridge, and the skyline. 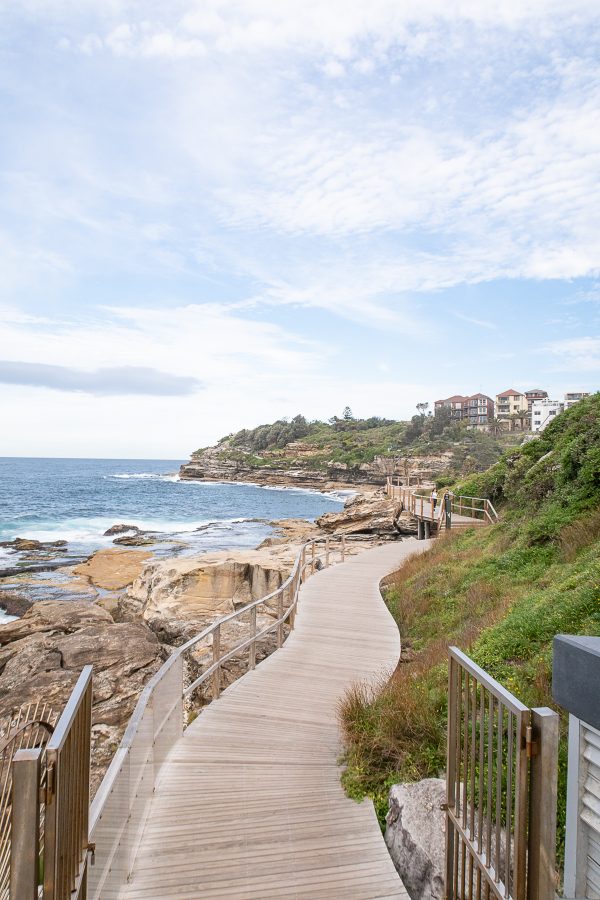 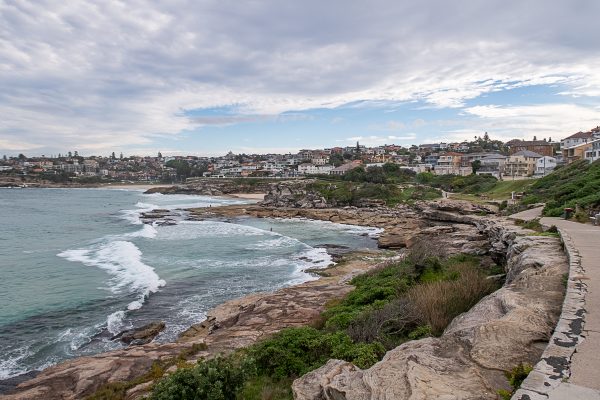 My friend Cait recommended walking the coastal path from Bondi Beach to Bronte Beach. It goes along the beaches and rocky shorelines and past the famed Bondi Icebergs. 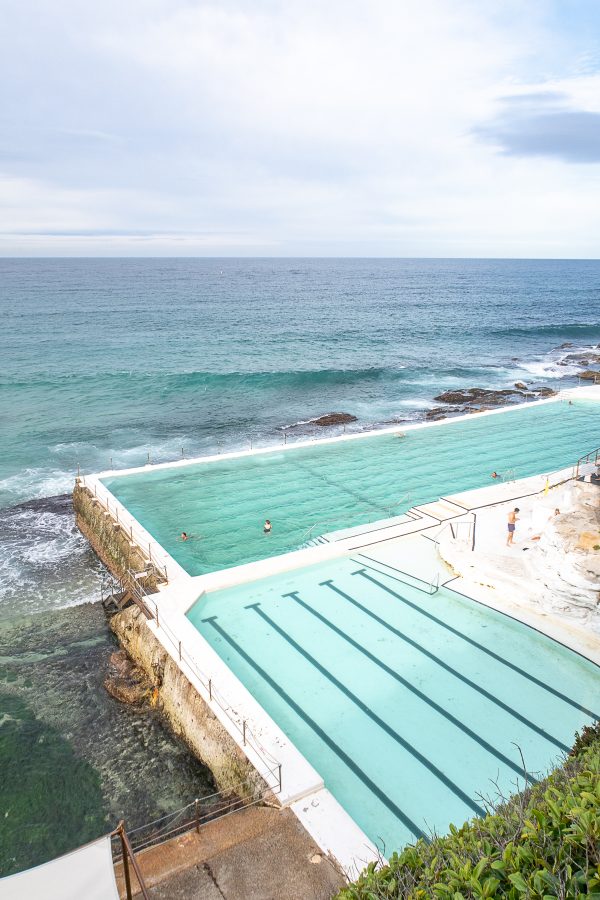 Bondi Icebergs is probably the most well known sea pool but there are many in Australia. The pools were built for swimming clubs who wanted to continue swimming in the winter months. I was told that in order to become a member at Bondi Icebergs you need to regularly participate in morning swims for years. 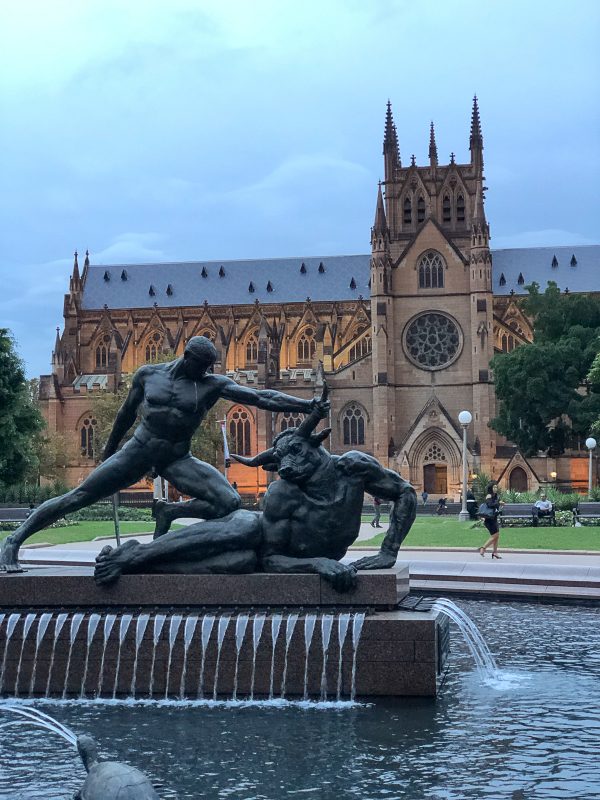 I walked 13 miles that day, I loved just wandering around. I walked past the Anzac Memorial, through Hyde Park, and around downtown Sydney. 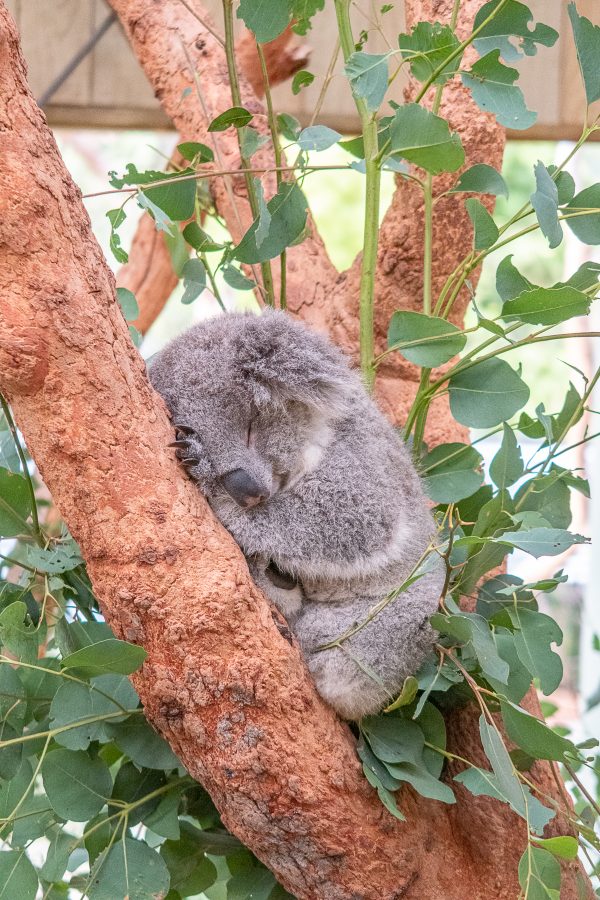 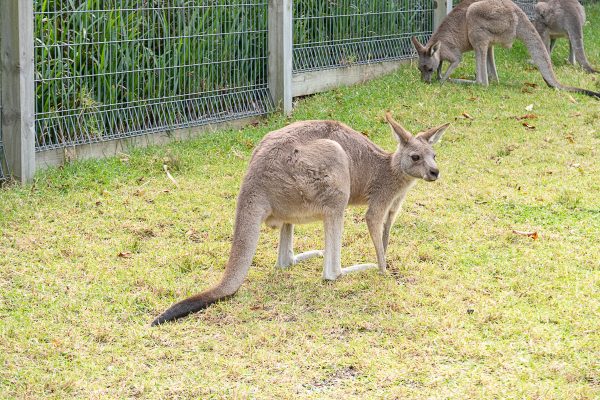 I spent the next day on a Wildlife, Waterfalls, and Wine tour that I found through Airbnb Experiences. We drove along the Grand Pacific Drive, a scenic road that goes along the coastline, and we stopped at the Symbio Wildlife Sanctuary where we got to meet native animals like koalas, wallabies, and kangaroos. We even got to pet Jack the koala but he seemed more interested in eating eucalyptus. 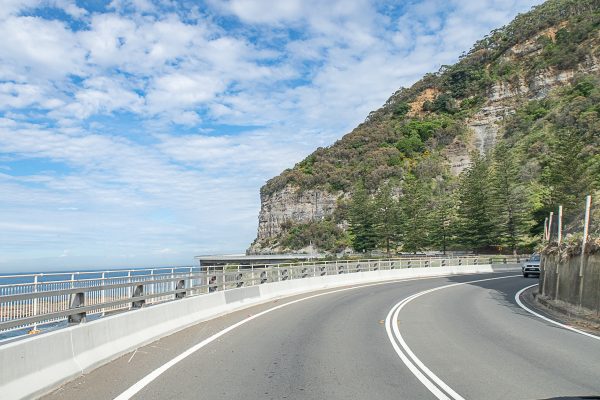 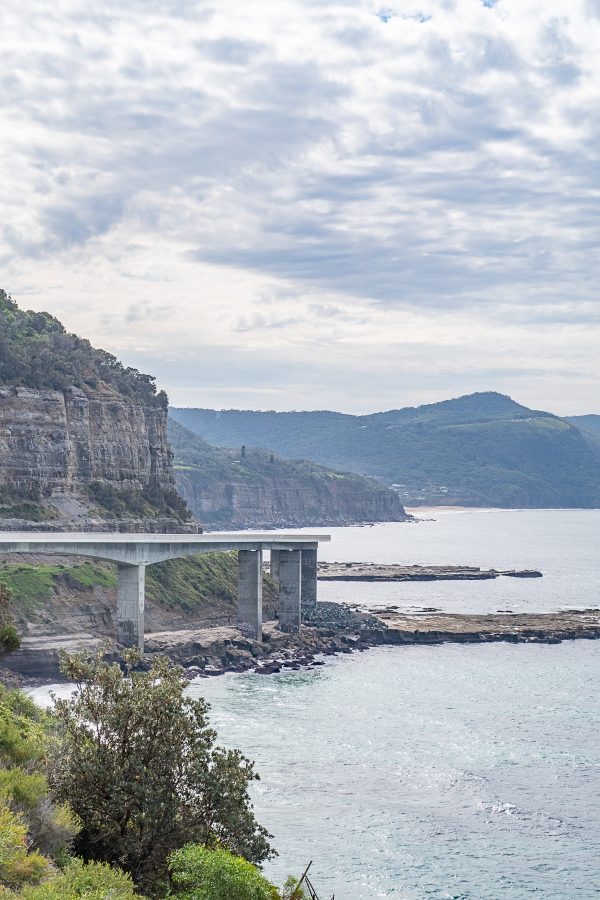 From there we had lunch and stopped for a photo opp at the Sea Cliff Bridge, a bridge that was built over the ocean along a cliff. Originally there was a road beside the cliff, but rocks kept falling from the cliff onto the road and it became too dangerous so the bridge was built to move the road away from the cliff. 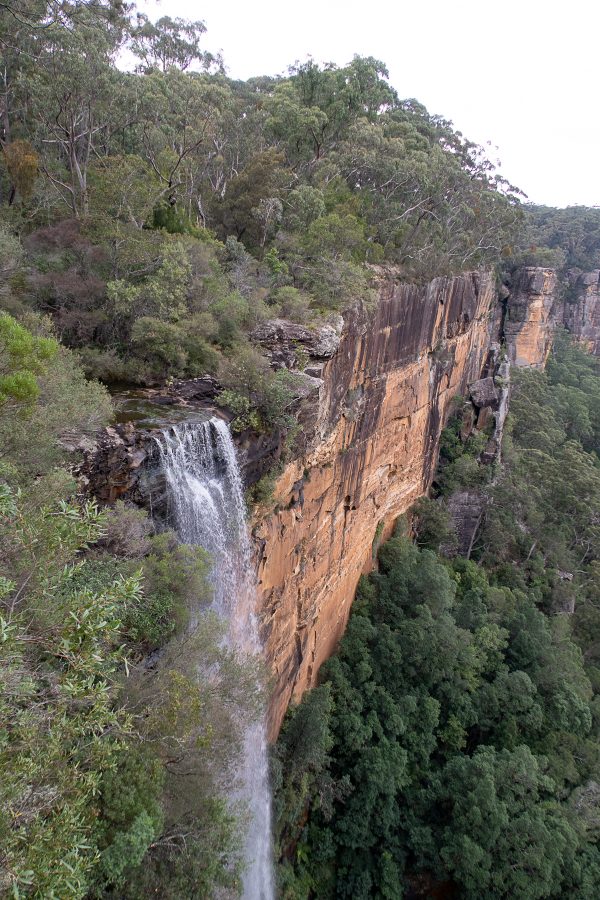 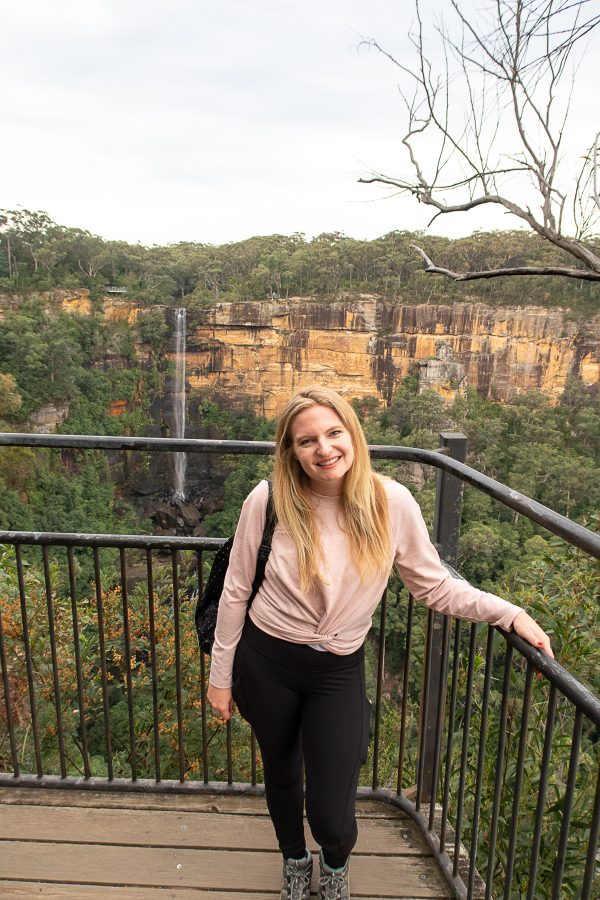 Then we did a short hike to the Fitzroy Falls in Morton National Park, and we ended our day with a wine tasting that at the Bendooley Winery. 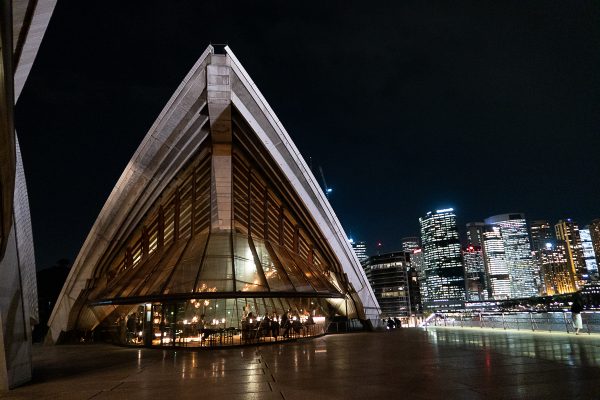 I got dropped off at the Sydney Opera House so that I could take some nighttime photos. I grabbed dinner at Holy Basil, a Thai restaurant behind a pub at the Shark Hotel. 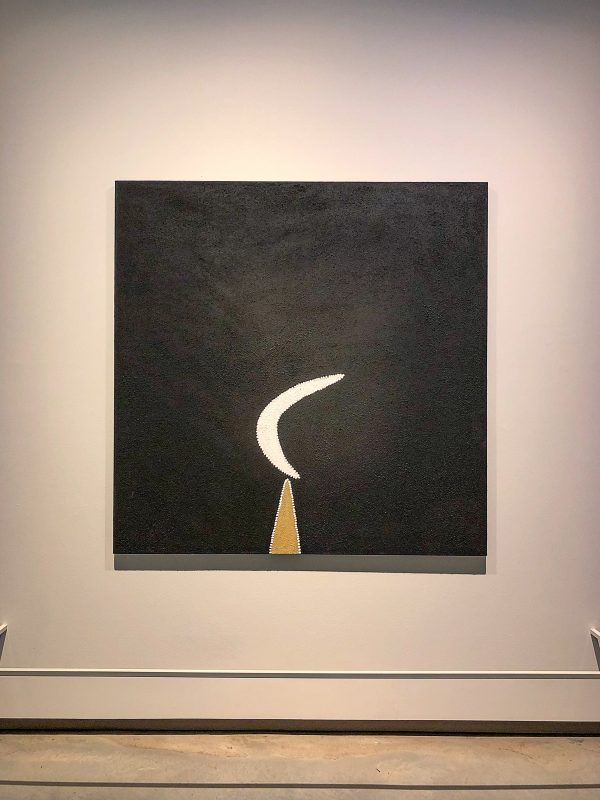 On my last day in Sydney, I visited the Museum of Contemporary Art and did my best to stay out of the rain before flying to Melbourne.

I have a few more days in Australia before I will fly to Vietnam where I will be joining a bike tour. Thanks for following along on this adventure!