One of my favorite recipes, this chicken with a sherry mushroom sauce is tender and loaded with rich flavors. Plus it comes together in under an hour, with just 20 minutes of active preparation time. 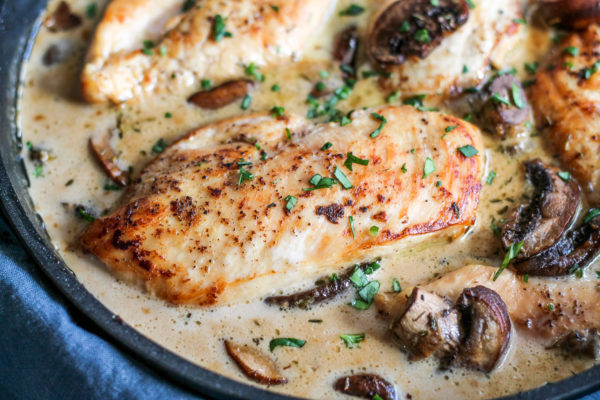 I have been taking a look back at some of my earlier recipes and updating them. My recipe for Sherry Mushroom Chicken is one of the most popular recipes on this site! Today I am sharing an updated version of the recipe. I have added garlic and thyme to give extra flavor to the meal, and I have found that cooking the chicken right in the sauce makes it more tender.

The active preparation time is just 20 minutes, and the bake time is 30 minutes, making this a meal that can get to your table in under an hour. It’s sophisticated enough for a special occasion, but easy enough for a quick weeknight meal. 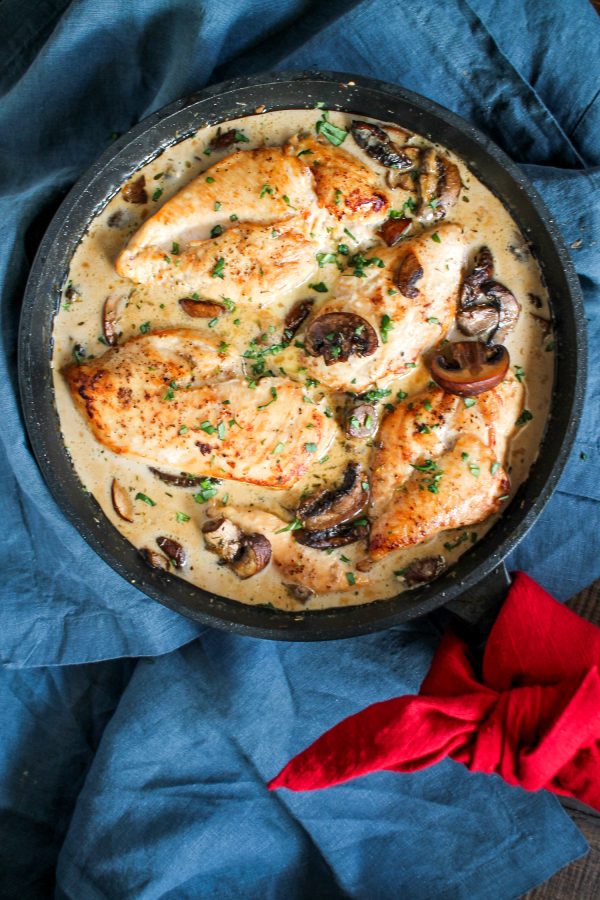 Sherry and mushrooms is one of my favorite flavor combinations. If you aren’t familiar with sherry, it is a fortified Spanish wine, and it lends a rich flavor to recipes. Just make sure that you purchase dry sherry for this recipe. The moment the sherry and mushrooms meet your home will be filled with the most delicious aroma. It will catch the attention of anyone else in your home, and make their mouths water. 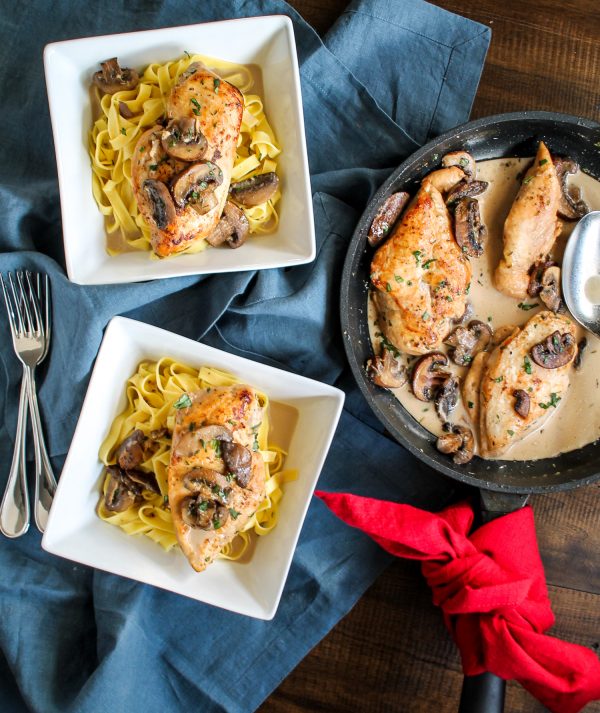 Whenever I make chicken, I like to use the technique of quickly searing the chicken over a high heat to brown the chicken and lock in the juices, and then roasting the chicken in the oven until it is fully cooked. It makes the chicken more juicy and tender. 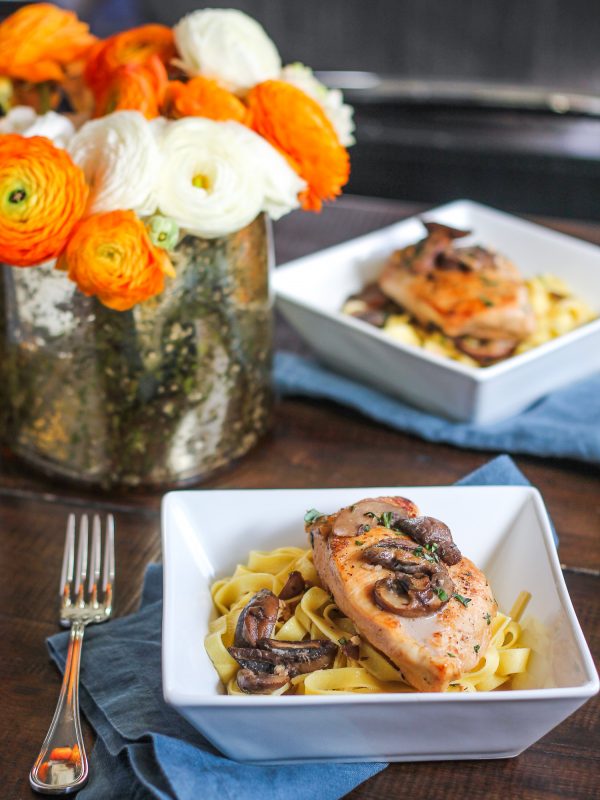 The mushroom and sherry sauce is seasoned with garlic and thyme. The mushrooms simmer in the sherry soaking up its flavor, and then cream is added to compliment the sherry and give a thickness to the sauce. Then the chicken goes back into the skillet and into the oven to roast for 30 minutes. 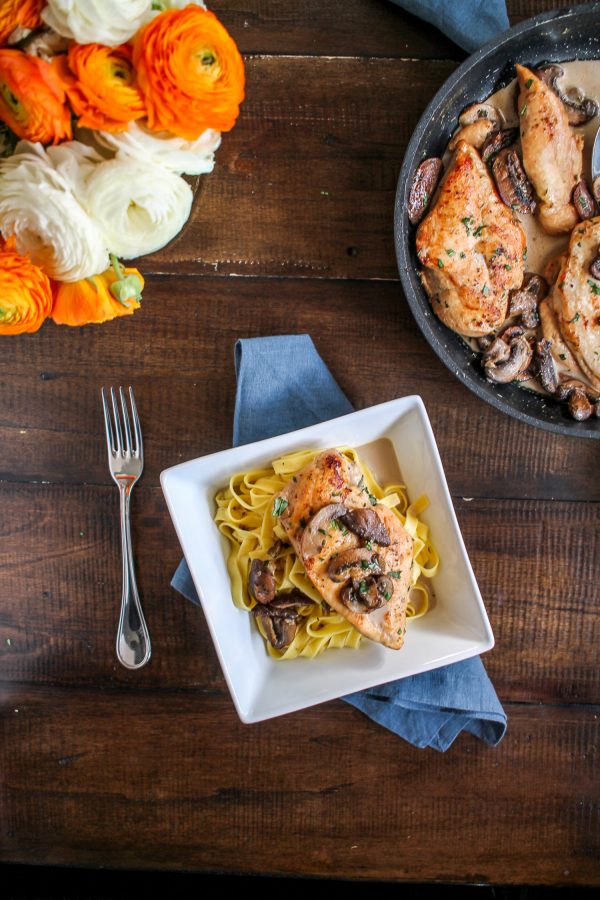 I love to serve this meal with fresh pasta or rice pilaf. You will want to serve it with a side that will soak up the sauce. 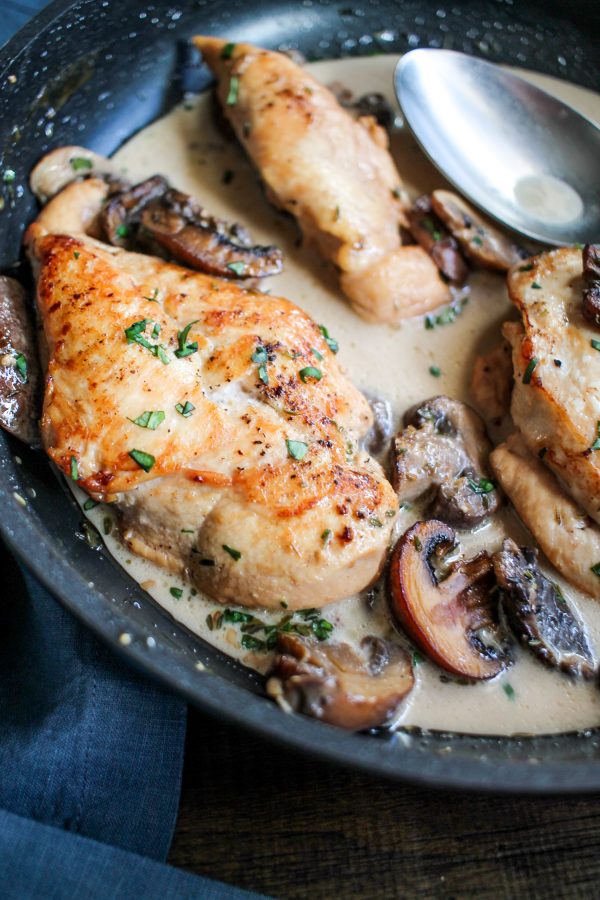 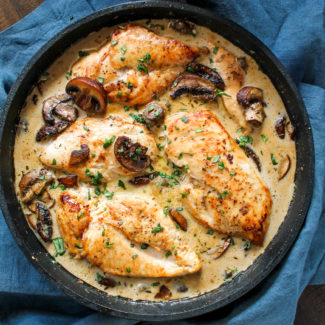 Chicken with a Sherry Mushroom Sauce

One of my favorite recipes, this chicken with a sherry mushroom sauce is tender and loaded with rich flavors. Plus it comes together in under an hour, with just 20 minutes of active preparation time.