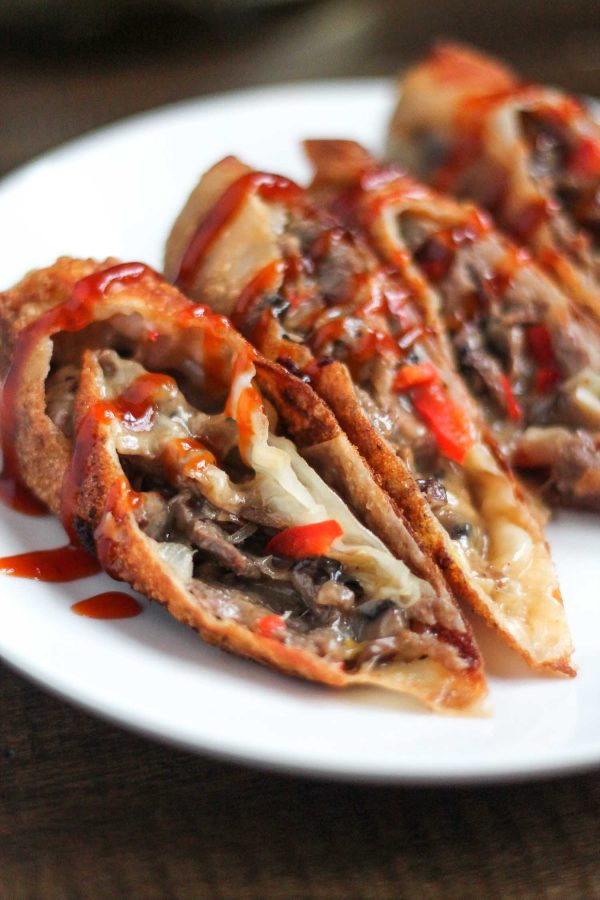 You might already be familiar with the Cheesesteak Eggrolls at Del Frisco’s. They are simply delightful. Thinly sliced steak, bell peppers, and cheese come together inside a fried eggroll drizzled with a sweet chili sauce. It has all the delicious flavor of a cheesesteak packed into an easy to eat finger food. I think it is impossible to dine at Del Frisco’s without ordering this. Learning to recreate the recipe at home has been on my to-do list for quite some time, and I am happy to say that I have successfully tackled this project! If you like cheesesteak – you will love this recipe. 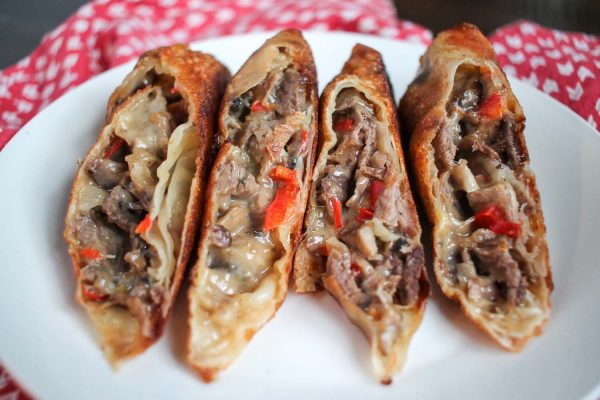 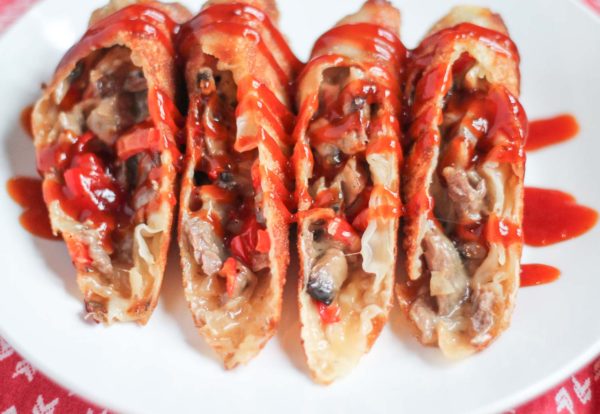 Recently I made Roast Beef and was left with over a pound of leftovers. As I pondered what to do with it, the cheesesteak eggrolls popped into my head. The roast beef worked wonderfully in this recipe. If you don’t happen to have leftover roast beef, just head to a grocery store that makes roast beef in house and order about 1/3 pound. 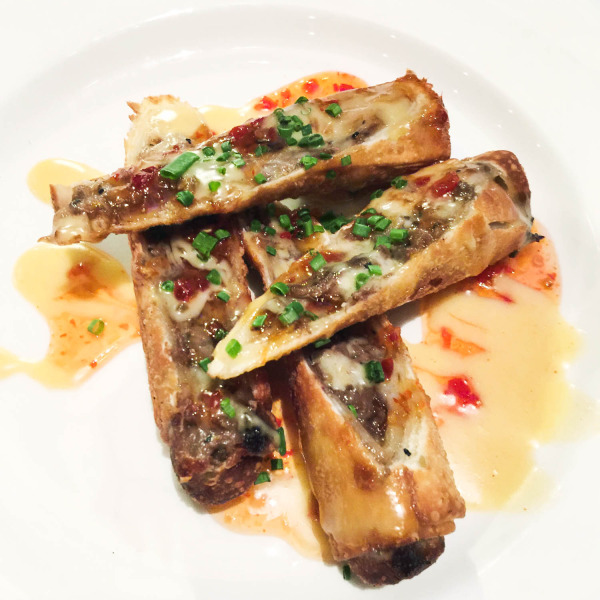 For comparison, here are the Del Frisco’s Cheesesteak Eggrolls. Obviously, they nail the presentation, but I do think that my version is really close to the original! 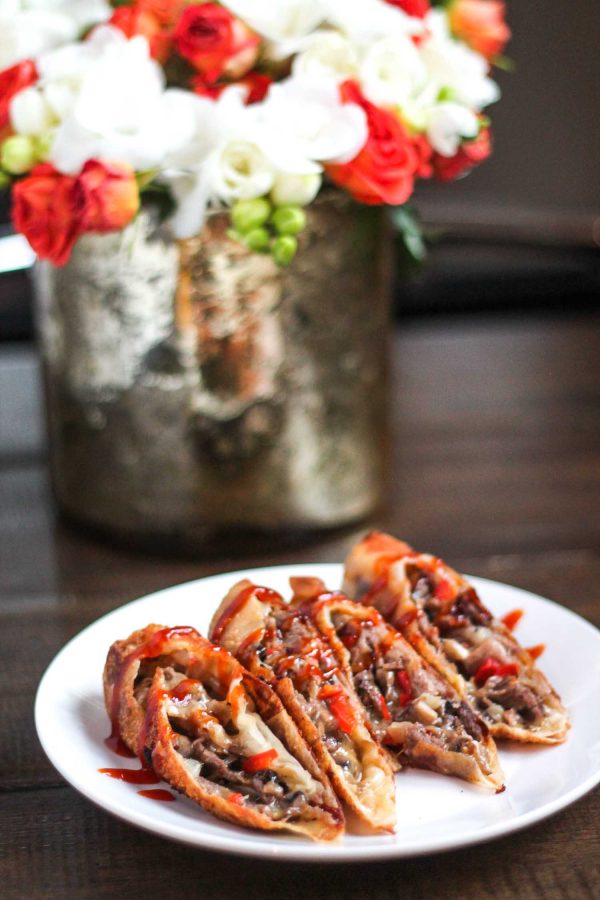 When I told Charles that I was making Cheesesteak Eggrolls he was confused at first, apparently, he hasn’t ordered them at Del Frisco’s. He might have seemed skeptical at first, but Charles loved this recipe. I caught him sneaking back to the kitchen for a second helping… and I might have done the same. 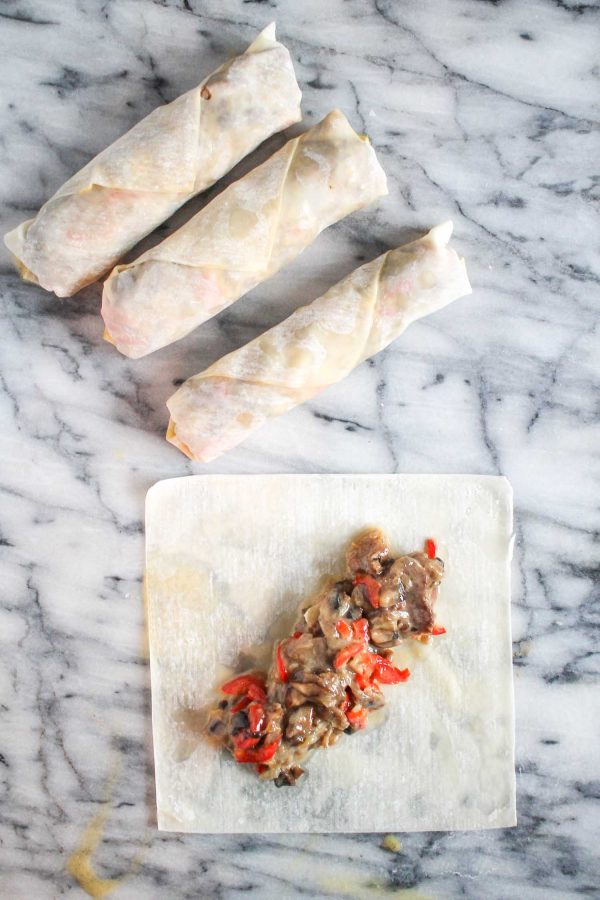 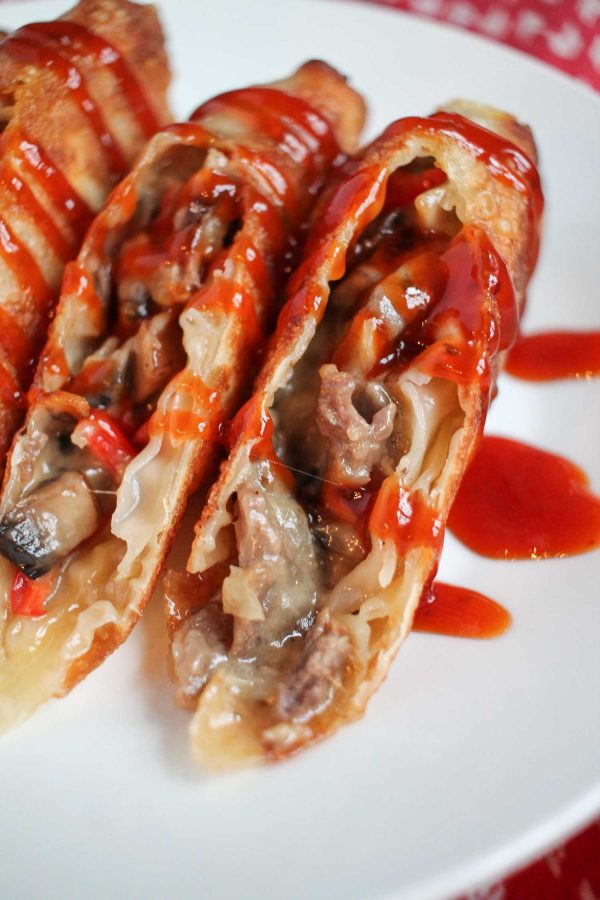 You probably won’t be surprised to hear that Cheesesteak Eggrolls are very filling. The recipe below makes 4 big eggrolls – and I think that one eggroll a person is just the right amount. The total preparation time for this recipe is just about an hour, but most of that time is spent waiting for onions to caramelize. You could simply saute the onions instead, but I really enjoy the sweet taste that the caramelized onions bring to this appetizer. 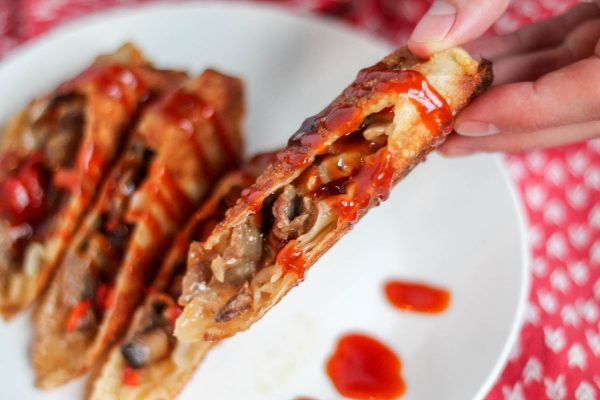 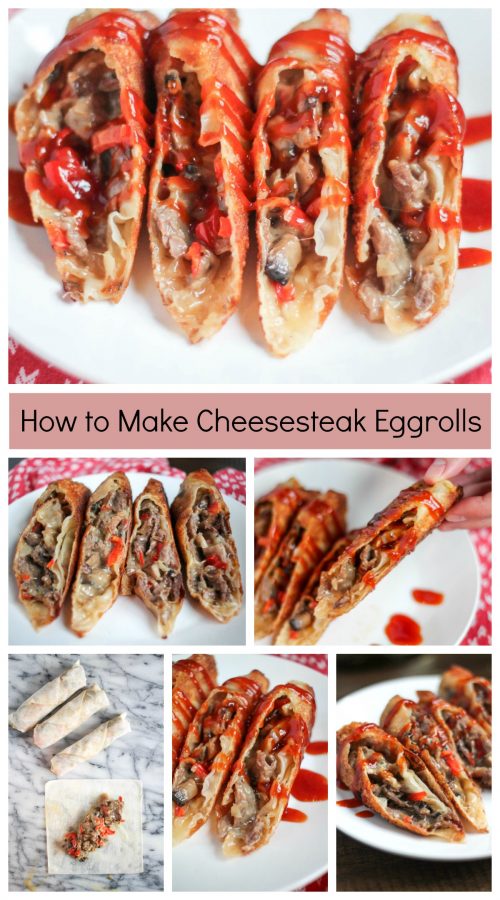