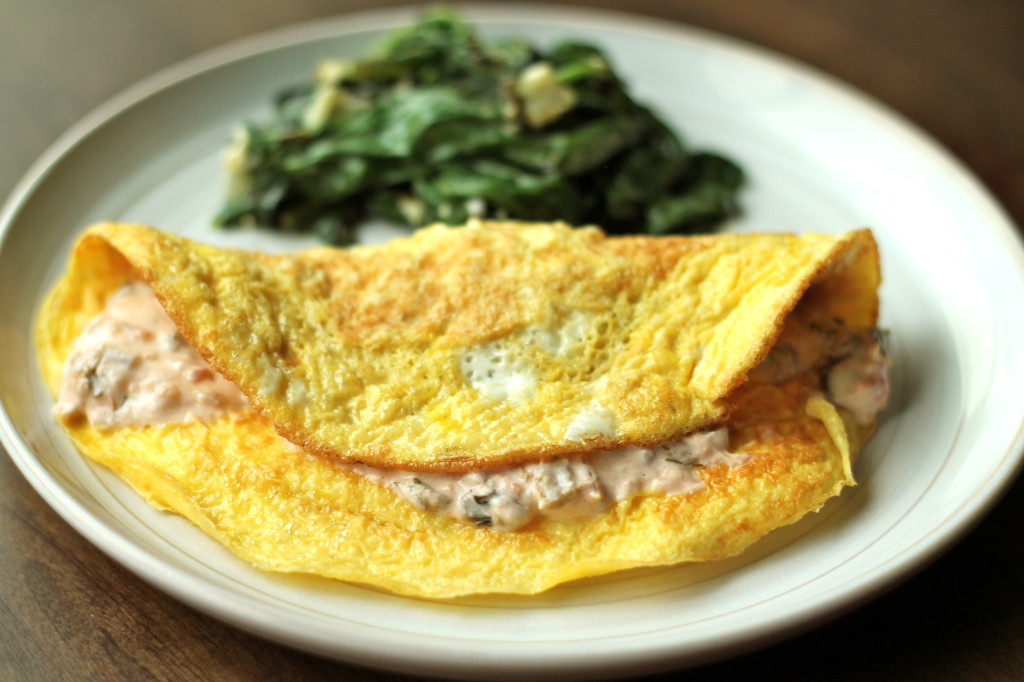 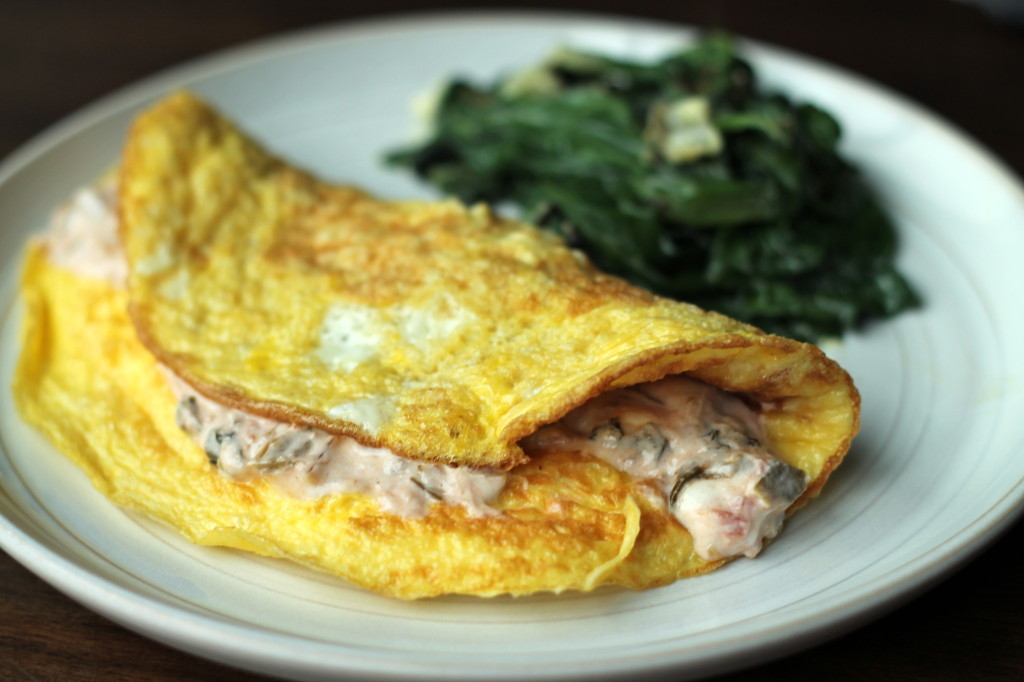 My favorite breakfast in Chicago is Southport Grocery‘s Spinach Omelet with artichokes. The problem is that Southport Grocery is so massively popular that there is usually a long wait. Plus it is nowhere near where I live. Fortunately, Southport Grocery’s menu gives you some hints on how to make the omelet; it is described as cream cheese and spinach mixed with River Valley Spinach Artichoke Dip. Sounds easy enough, right? Inspired by the Southport Grocery Omelet, I created my own.

For each Omelet you will need:

Mix the goat cheese and spinach artichoke dip together.

Flip the omelet. Then spread the goat cheese and spinach artichoke dip mixture over the top of the omelet. Cover the pan and cook for omelet for 2 minutes.

Check to make sure that the bottom of the omelet is slightly brown, otherwise continue cooking the omelet until it is. Fold the omelet in half and serve.