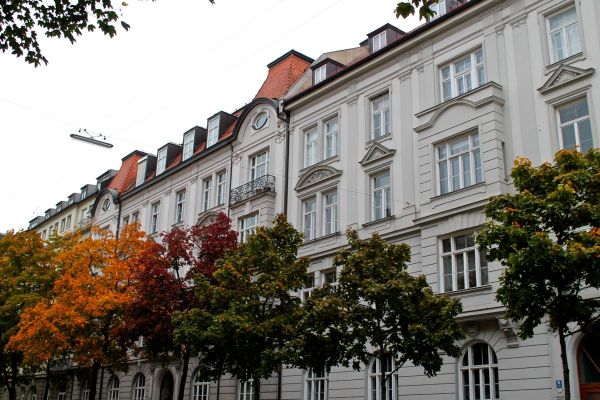 Let’s rewind the clock and go back to fall in Munich. One thing that always surprises me about Europe is that each country has it’s own distinct architectural style. Even though Bavaria is right in the middle of Europe, it’s architecture is all it’s own. I spent an afternoon taking a walk through Munich admiring homes in Munchner Freiheit, and taking photos so that I could bring you along. 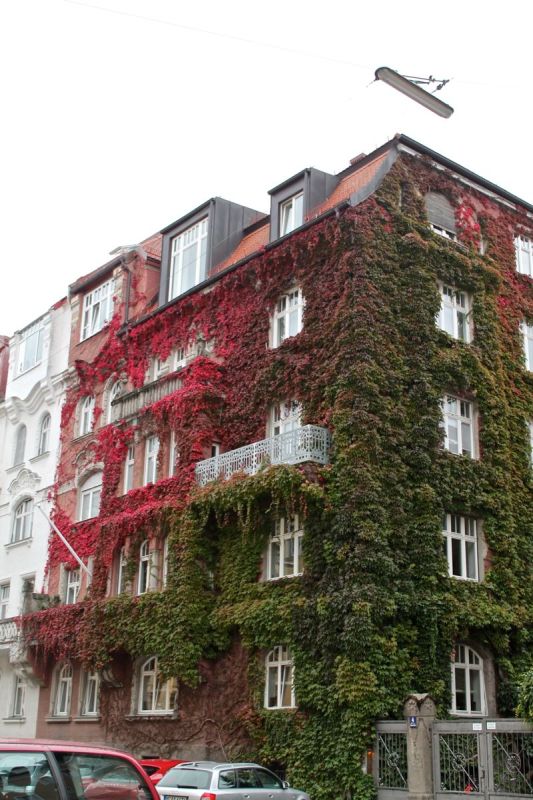 We were in Munich at the start of October, and the fall foliage was at its peak. I loved the way the ivy on this building was turning red. 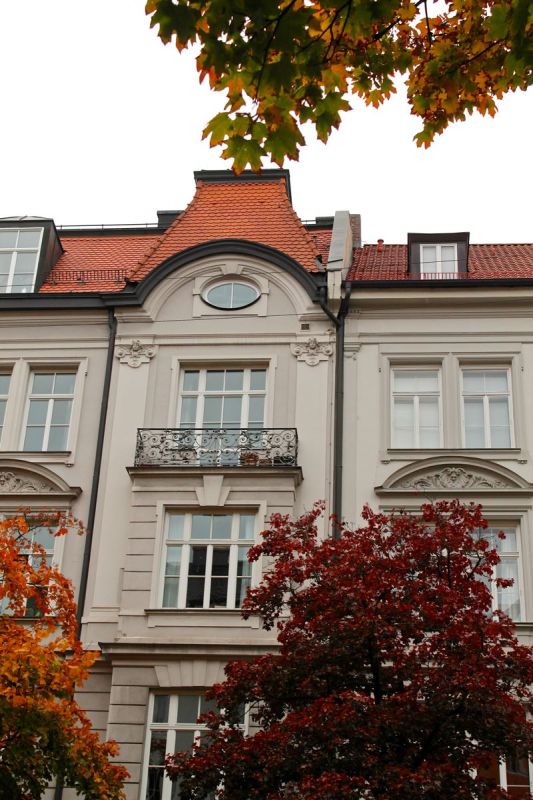 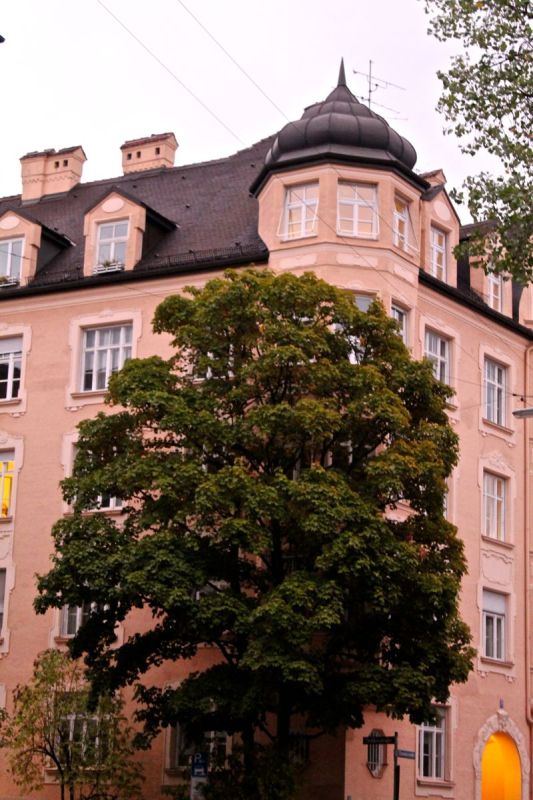 Many of the buildings in Munich have turrets with decorative domed roofs. 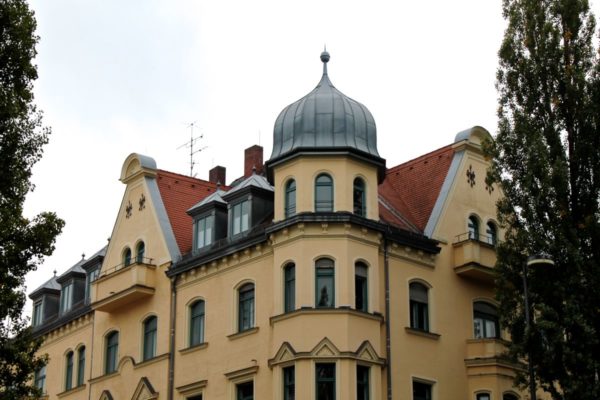 I love the combination of the turret and the bay windows, it gives this building personality. 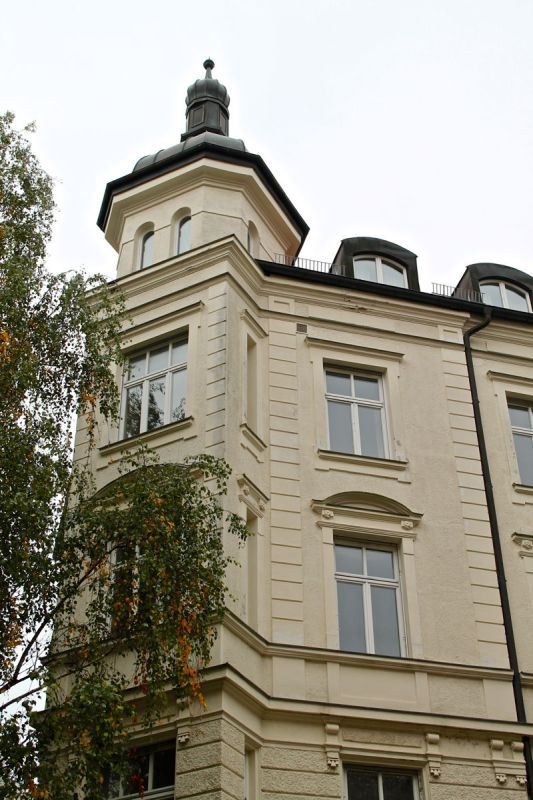 Another turret peeking out from the top of a building. 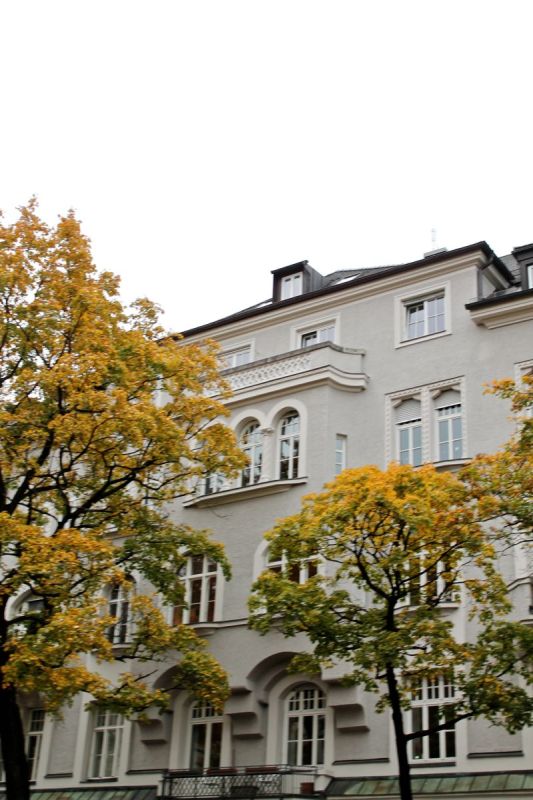 This building shows that the windows on a building don’t need to match. 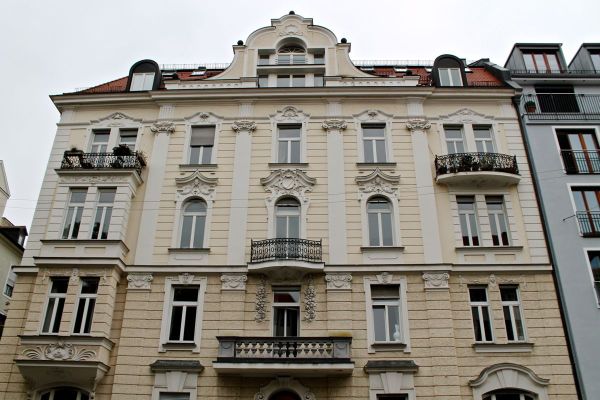 I love the detail in the faux columns and bay windows. 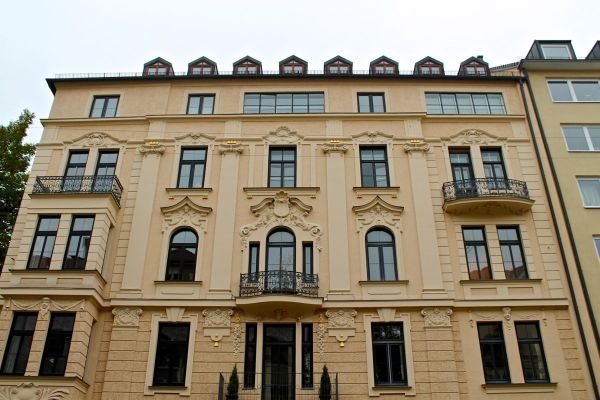 This building is very similar – the gold accents on the exterior make the building come to life. 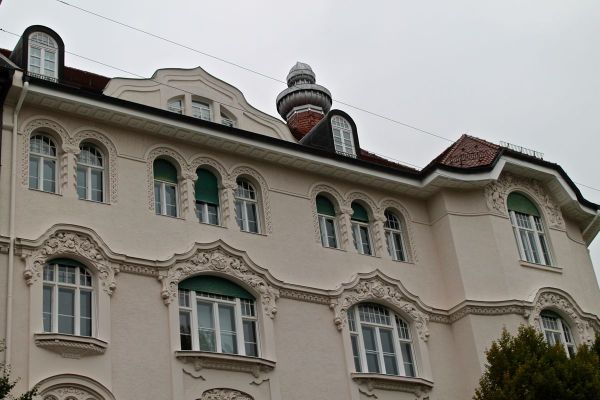 This home has it all, carvings above the windows, a tiled roof, bay windows, and a turret. 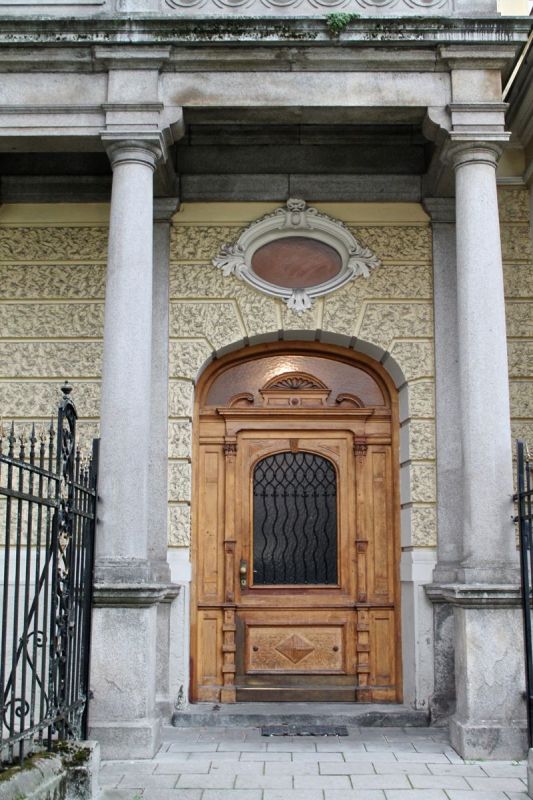 The large wooden door placed under the stone columns on this building seems welcoming. 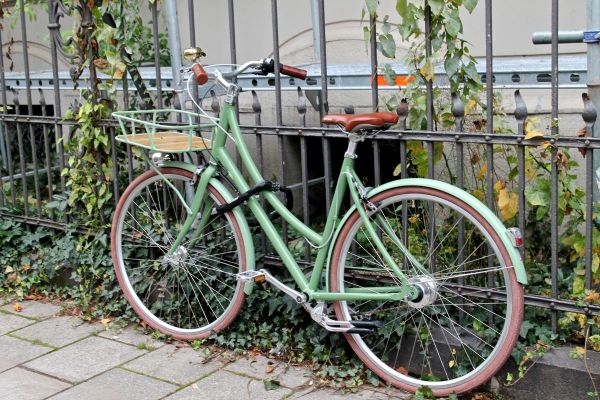 Bikes are everywhere in Munich, and you see them locked to gates and fences all over the city. Family bikes that fit 2-3 children are popular too. 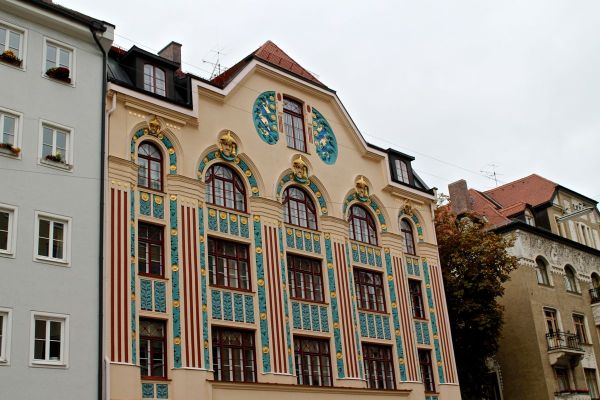 The most colorful building I saw on my walk. 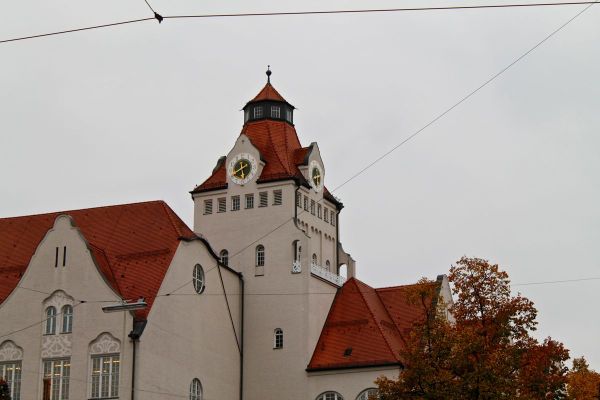 This clock tower in the middle of this building was one of the tallest structures in the area. By the time I made it here, I was hopelessly lost and needed to connect to WiFi to find my way home. 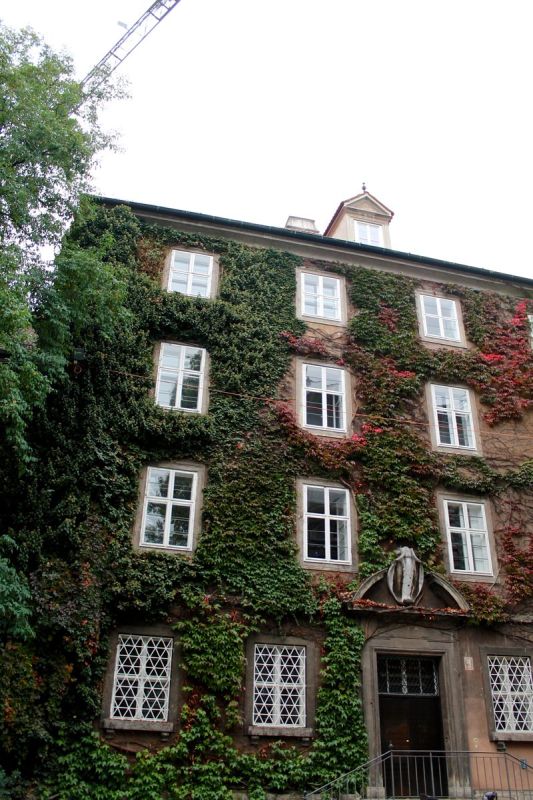 The ivy on this building almost reminded me of Chicago. Someone has taken great care to trim the ivy around all the windows.

Isn’t Munich beautiful? It’s pretty, but in a completely different way than the architecture in Italy or France. Something about it still seems stern and serious, and the buildings aren’t painted in playful colors the way they are in other European cities. What do you think?

Beautiful photos. It has been ages since I have visited Munich.

So many pretty buildings. I have never been to Munich, but it is high on my list of places to visit.

Such beautiful buildings! This post makes me want to travel! To Munich! Lovely.

I'm loving all of these beautiful architectural structures. I haven't been to Germany in ages. These pics make me wanna go back soon! Thanks for sharing!!

I've never been to Munich, so I loved getting a first hand look from your photos! I agree - definitely beautiful. Especially the building(s) with the ivy on it!