Add visiting Chicago to your list of vacation destinations. I fell in love with Chicago 9 years ago when I came to visit friends, and two months later I was back in a Uhaul containing everything I owned. Today I am sharing some insider tricks, tips, and fun facts that will help your time in Chicago go more smoothly. 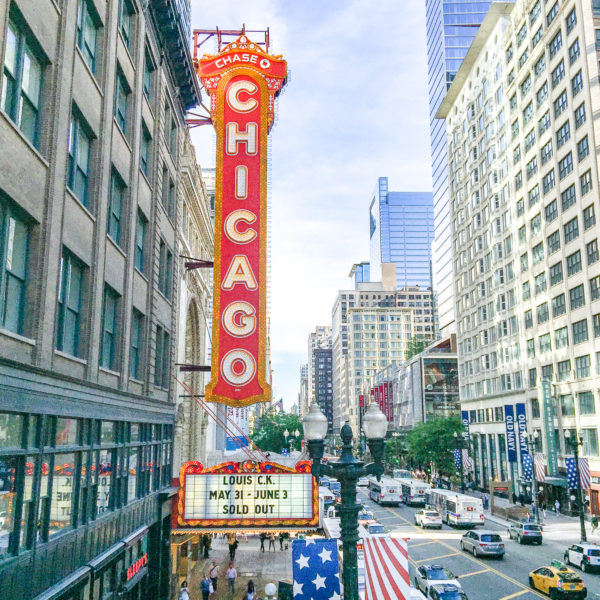 What to Know about Visiting Chicago:

The el (the city’s train system) is the best way to get to and from the airport. And yes, it’s el not L – it stands for elevated.
The blue line will take you right to O’Hare and the Orange line takes you right to Midway. You can get from the airport to downtown in just about 40 minutes. It’s a great way to bypass the often unpredictable traffic.

Only the el’s red line and blue line run all night long.
You will want to check the CTA’s website for detailed information, but be aware that most other train lines don’t run between 1am-4am. 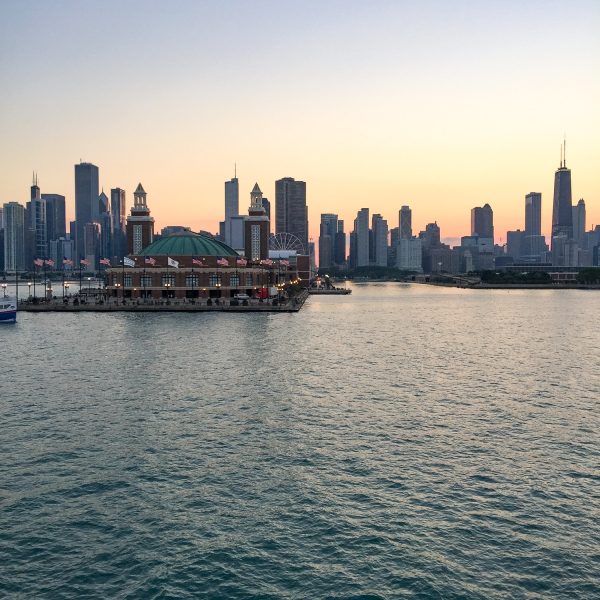 Uber and Lift both work in Chicago.
The el is pretty great, but sometimes it is faster and easier to get a ride.

The tornado sirens are tested at 10 am on the first Tuesday of the month.
Tornados haven’t hit the city (as far as I know) but once in a very great while a funnel cloud will be spotted and the sirens will go off. The sirens downtown make the most eerie noise ever. So if it is Tuesday morning at 10 am, it is just a test, but if it isn’t head to shelter. The sirens have only gone off 2-3 times in the past 10 years, so more than anything I am including this because people tend to get really confused during the Tuesday tests. 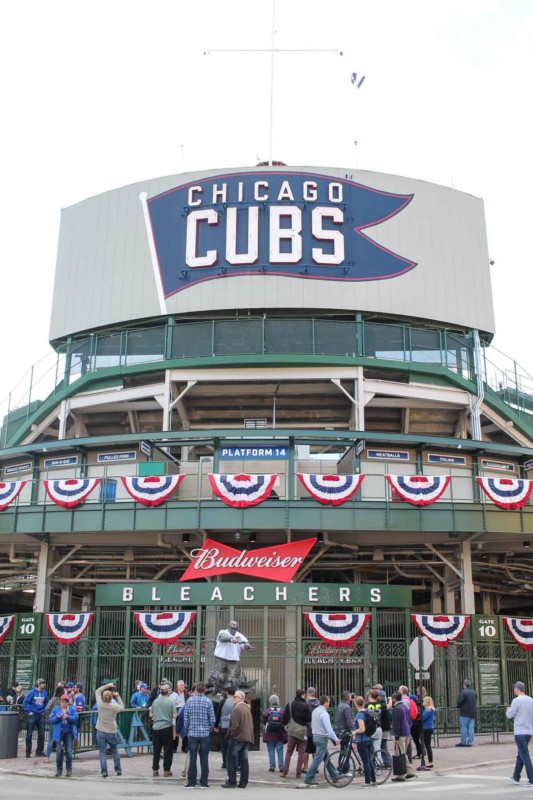 We love sports.
Chicagoans are incredibly proud of our baseball teams and the Blackhawks, and people still talk about the Bulls’ glory days in the 90s. Going to a game is something to add to your list of things to do when you are visiting Chicago.

It’s practically illegal to put ketchup on a hotdog.
Just don’t do it. In Chicago, we put mustard, sweet relish, onion, tomato, a pickle spear, peppers and celery salt on hot dogs.

The crime is concentrated in certain areas and the city isn’t a war zone.
The Southside and Western neighborhoods are the ones you may want to avoid. 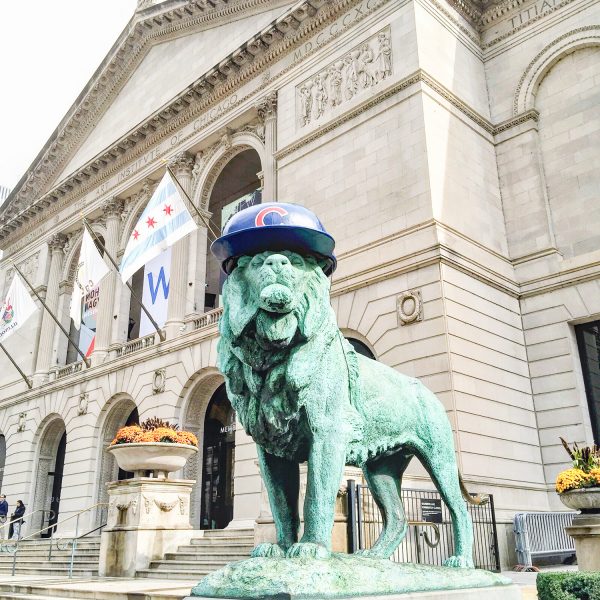 The nickname the Windy City has nothing to do with the weather.
Please stop asking us if it really is windy here.

It is seriously cold in the winter.
I can be -20 degrees… and sometimes for a week at a time. So I wouldn’t recommend visiting Chicago between January and March.

We really do love Second City.
I like to go to the comedy club once a year. 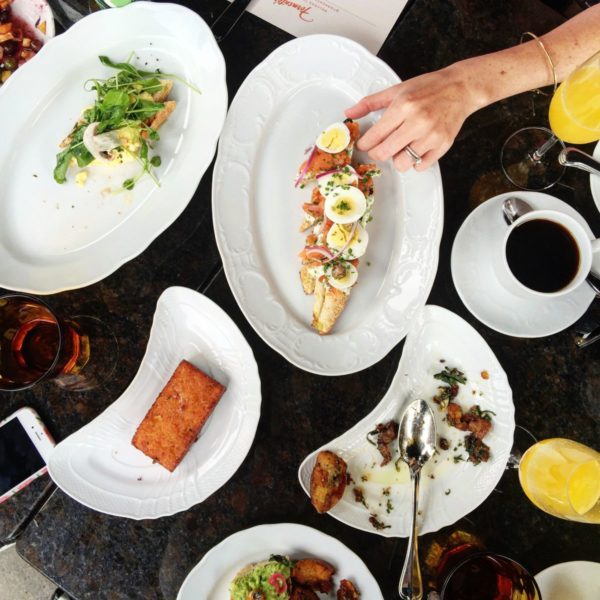 There is no reason to have a bad meal.
Chicago is one of the best foodie cities in America! Foodies might want to eat their way through the restaurants in the West Loop.

We love St. Patrick’s Day so much that we dye the river green.
And we do it a 9 am, and the city erupts into a day-long party. Depending on your thoughts towards day drinking, you may want to plan to come to Chicago for St. Pats or avoid it. You can read the annual Chicago St. Patrick’s Day Police Blotter to get a sense of what visiting Chicago on St. Patricks Day would be like. 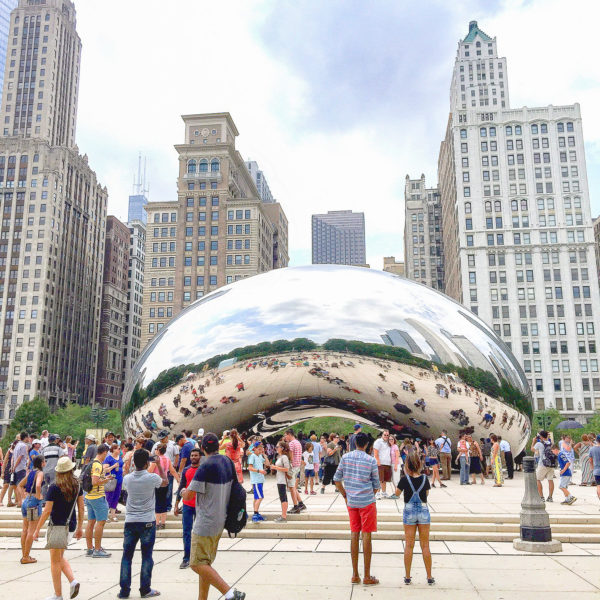 We love summer and we celebrate it- with fireworks twice a week and a schedule packed with food and music festivals.
There are fireworks launched from Navy Pier on Wednesdays and Saturdays all summer long. Plus there is a full schedule of street fairs, food fests, and weekend-long music festivals. 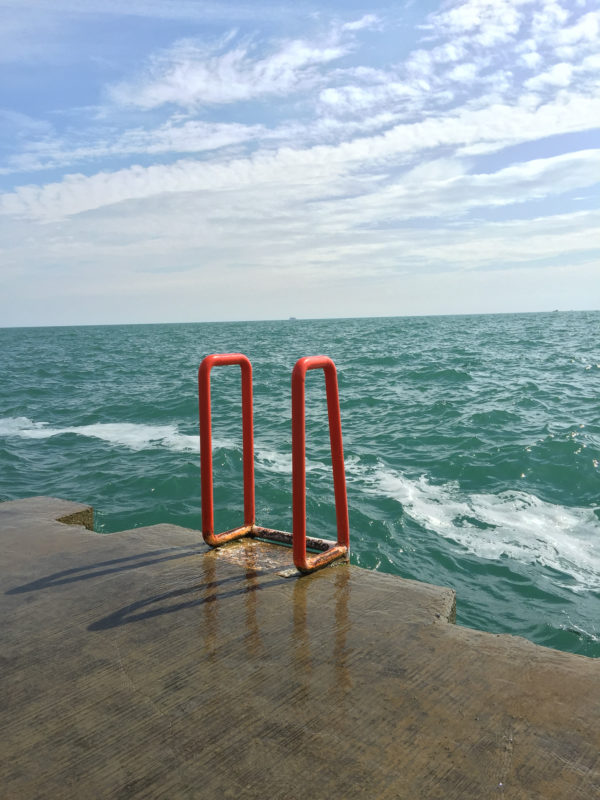 We have a beach!
Chicago has 28 miles of beach along Lake Michigan, and hundreds of volleyball courts. There is also a running and biking path along the beach. The beach isn’t a secret, but people who are unfamiliar with Chicago are always so surprised by it.

No one really likes Malort.
Sound off in the comments if I am wrong, but I haven’t met anyone who enjoys the local liquor. You can skip trying malort when you are visiting Chicago.

Most bars close by 2 am, but some have licenses to stay open until 4 am (and 5 am on Saturdays).
Nothing good ever happens after 2 am anyway. 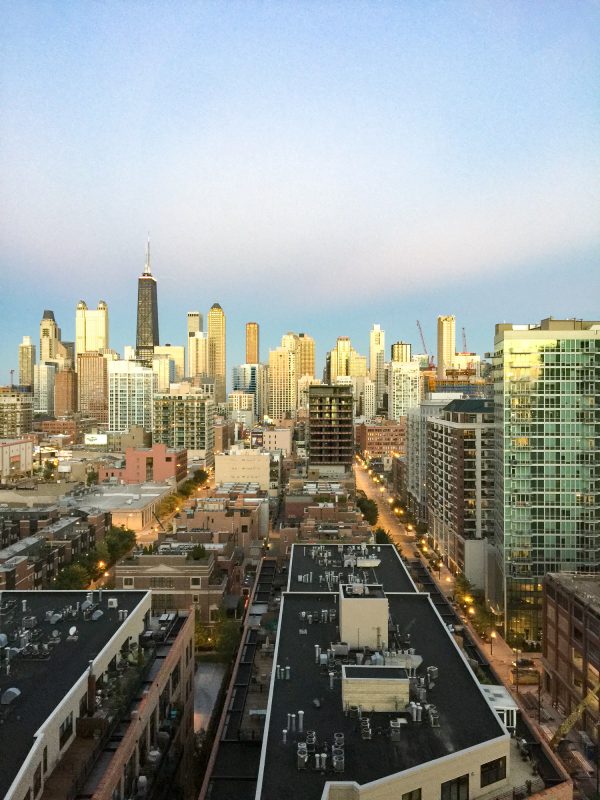 We have a Tamale Guy.
He goes into bars selling tamales, and getting one is a rite of passage for Chicagoans. He and his wife make tamale’s following his grandmother’s recipe, and he sells the tamales late night at dive bars, hitting several bars in one night. This twitter account attempts to crowd-source the Tamale Guy’s location. If you are just visiting Chicago and you encounter the tamale guy, consider yourself lucky.

The chocolate milkshake at Weiner Circle costs $20 and it isn’t a beverage.
It’s an African-American woman shaking her breasts around – just a heads up!

Alright – let me know if I missed anything by leaving me a comment below! 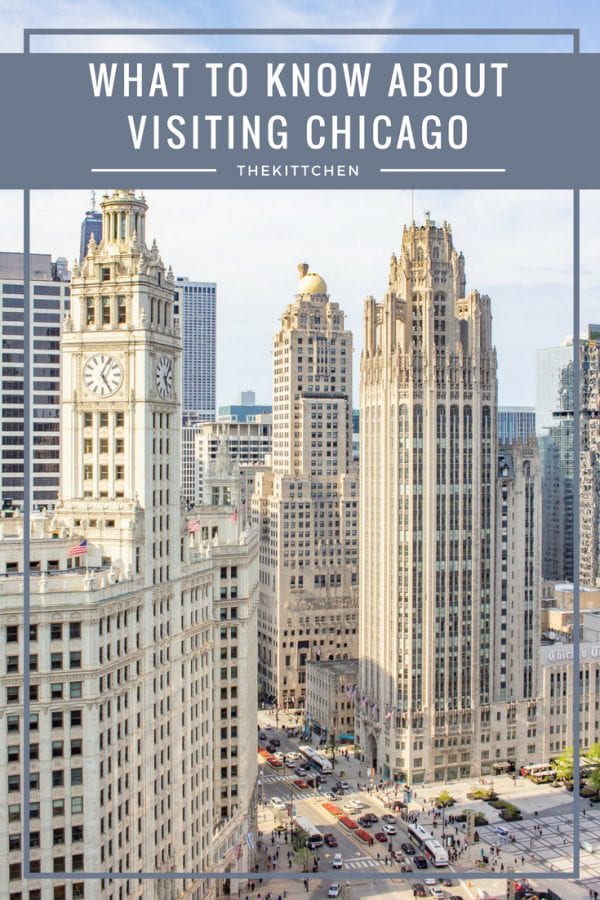