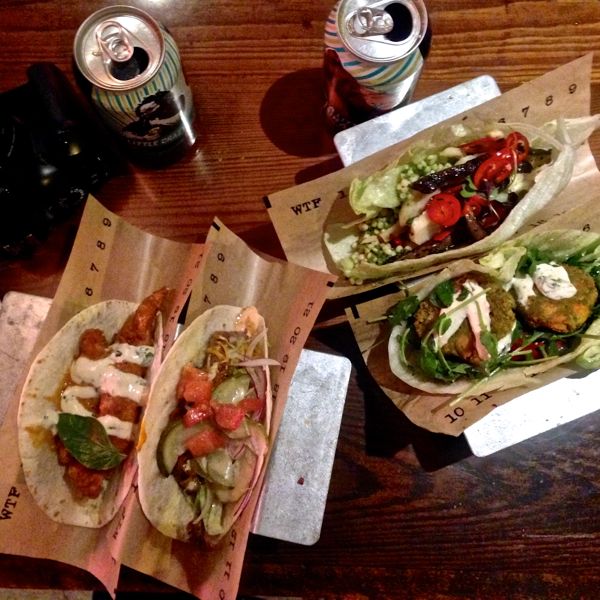 I have a very well documented obsession with tacos, and I had been wanting to try Velvet Taco in the Gold Coast since it opened. I finally visited Velvet Taco on a recent Thursday night when Erin and I caught up on life and Windy City Blogger Collective business over Revolution Brewery’s “A Little Crazy” beer and a few tacos. The taqueria is anything but traditional offering up versions of tacos that span many cultures and cuisines, and it is a restaurant I highly recommend.

In an area filled with fancy (and sometimes a little pretentious) restaurants, Velvet Taco’s no-frills fast casual concept is a welcome change. And to top it off, the food is both cheaper and better than many of the restaurants nearby. Velvet Taco’s menu can be found displayed on the wall before the registers where you order. Once you decide what you want, you place your order, collect any beverages, and are assigned a number that will be called when your order is ready. You can grab a seat on the first level, or if that is full, additional seating can be found upstairs. 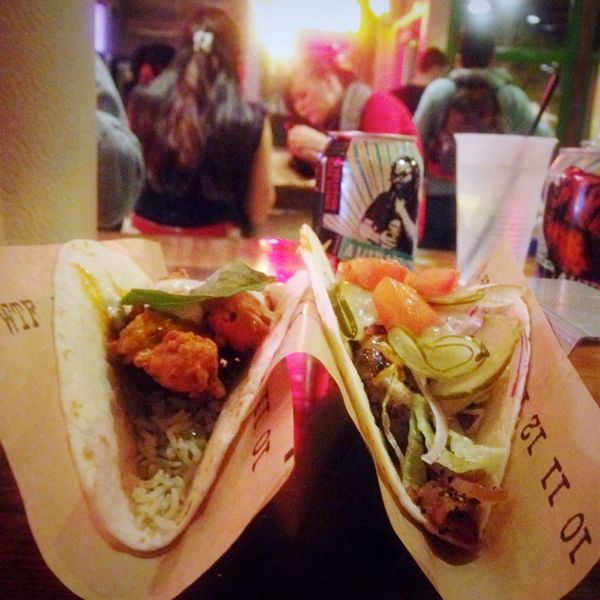 The Bacon Burger Taco (on the right) creatively combined two foods that I love, so I had to try it. It consisted of hamburger meat, peppered bacon, cheddar, lettuce, tomato, and pickles, drizzled with velvet sauce, which is so wonderful I can’t find the words to give it justice. I found the taco easier to eat than most burgers – which tend to be piled so high I can’t fit them in my mouth. I think that the tortilla to burger ratio is better than most bun to burger ratios since it really let the meat and toppings be the focus of the meal.

I had heard good things about the Spicy Tikka Chicken Taco (on the right), and was excited to taste it myself. This taco has battered fried chicken smothered in a spice tikka sauce, basmati rice, crema, and basil. It was so delightful I told some random strangers who couldn’t decide what to order that they had to try it. This is the taco I will absolutely be ordering again next time I visit. 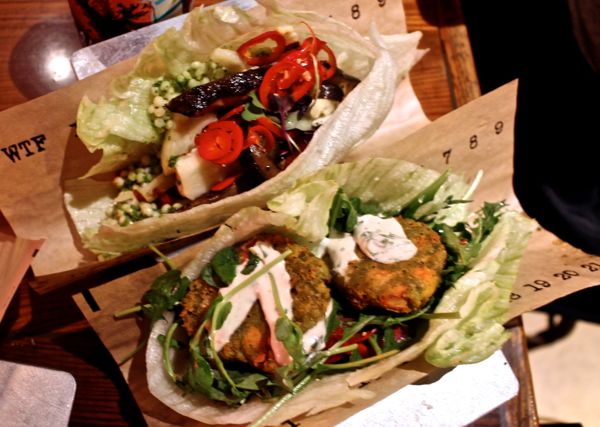 Erin ordered two completely different tacos. She had the Israeli Cous Cous Taco (on the top), and the Falafel Taco (on the bottom), both which came in a lettuce wrap instead of a flour tortilla. While the lettuce is obviously a healthier option, Erin said that it was harder to eat since it had a tendency to fall apart. Her favorite was the Israeli Cous Cous Taco which has grilled halumi cheese. Her reaction was to immediately share it with me because it was so good. (Real friends share delicious food). 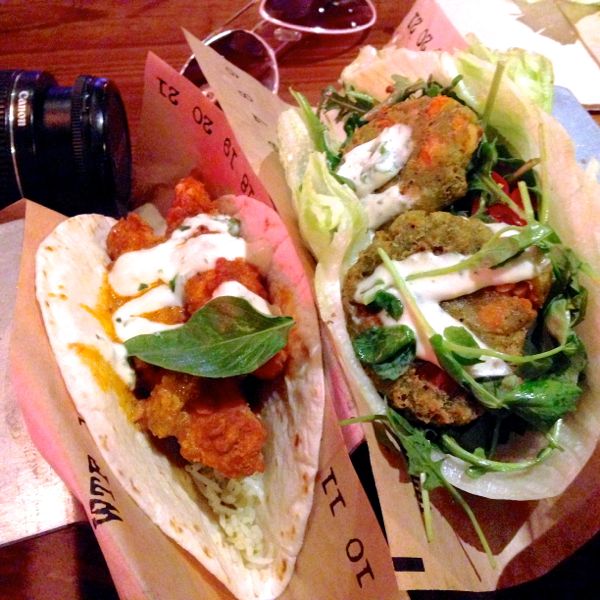 I am glad that I have discovered Velvet Taco, and I appreciate their unique menu. I would like to point out that the menu does include a few more traditional Mexican tacos such as Annatto Shredded Pork and the Grilled Flank Steak, but if you want a place that serves guacamole and margaritas, you need to head somewhere else. However, Velvet Tacos are so good that you might not even miss guacamole.

Velvet Taco is located at 1110 North State Street, in the Gold Coast. Have you been yet?