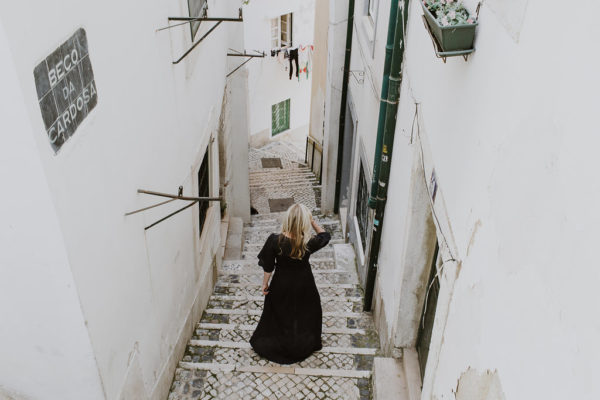 Need to get away, but can’t? Watching a travel movie is the next best thing. Today I am sharing a collection of travel films to feed your wanderlust. So head to Netflix and start your virtual vacation.

Under the Tuscan Sun – This movie helped to convince me to study abroad in Italy. It is definitely a chick flick, and it is one of my favorites. It really captures Italy.

Wild – Reese Witherspoon stars in this film about a woman who decides to hike the Pacific Crest Trail on her own.

Eat, Pray, Love – This movie will take you to India, Italy, and Indonesia. And Julia Roberts is utterly charming as always.

Waking Ned Devine – Everyone loves this Irish comedy that is set in a small town with just 52 residents.

Midnight in Paris – A rom-com written and directed by Woody Allen starring Owen Wilson. Wilson’s character gets transported to Paris in the 1920s where he encounters literary elite.

Mamma Mia – Yes, this is a silly musical with Meryl Streep and Amanda Seyfried, but it is delightfully fun to watch. And Pierce Brosnan can’t sing but you have to love him for trying.

Notting Hill – This classic rom/com with Hugh Grant and Julia Roberts is set in one of London’s most beautiful neighborhoods.

Roman Holiday – Another Audrey Hepburn film. This time she plays a princess who runs from her duties to explore Rome with a reporter played by Gregory Peck.

The Bucket List – This movie stars Jack Nicholson and Morgan Freeman as two men who travel the world checking items off their bucket list.

P.S. I Love You – While I don’t really like the main character of this film, I love the scenes of the bands playing in pubs in Dublin.

Sisterhood of the Traveling Pants 2 – Don’t judge. I think this chick flick is a blast. Who wouldn’t want to go on a trip to Greece with America, Alexis, Blake, and Amber?

Eurotrip – Fact. This movie inspired me to visit Bratislava, and I loved it! And who doesn’t love Matt Damon’s cameo as the lead singer of the band playing “Scotty Doesn’t Know”?

Lost in Translation – Tourism in Tokyo must have gotten a boost from this film with Scarlett Johansson and Bill Murray. It’s a pretty realistic depiction of how much fun the city really is.

James Bond – Let’s just say that when you are married to a Brit, you see a lot of Bond movies. One of the signatures of a Bond film is that they are filmed all over the world. My favorites are the scenes filmed from Skyfall filmed in Istanbul’s Grand Bazaar.

Master of None – Although it isn’t a movie season 2 opens with some wonderful episodes filmed in Italy. I loved the first episode of season one that I watched it twice.

And in closing, here are four movies that will not inspire you to travel: Hostel, Taken, Brokedown Palace, and any movie or documentary about Amanda Knox.