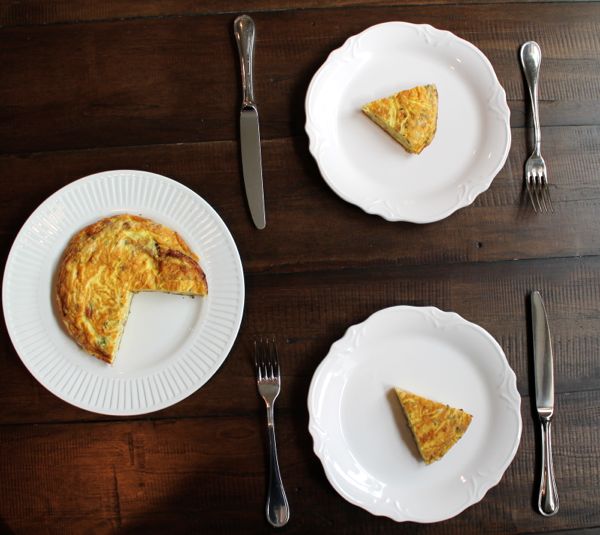 Looking for an easy brunch recipe for two? I have created a recipe for a Spanish Omelette that is an easy, and cheesy, twist on the original. A Spanish Omelette is an egg omelette with potato, onion, and parsley. It is thick, and unlike a French omelette, it is not folded. The combination of the thin potatoes and the egg give the omelette a light texture. Spanish Omelette’s are big, and are served in slices similar to a tort or frittata. 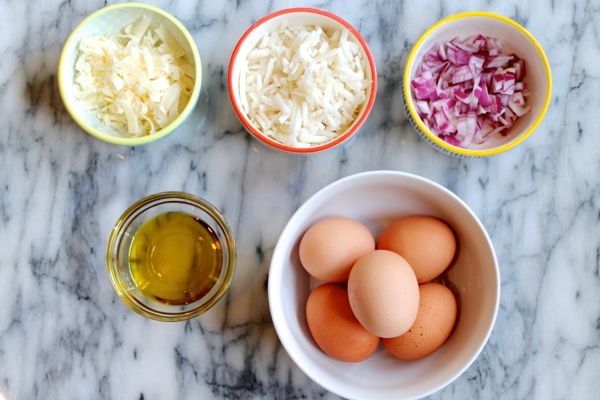 I added cheese to my version of a Spanish Omelette because I firmly believe that cheese makes everything better. Keeping the dish true to it’s Spanish roots, I used Ossau-Iraty, a mild sheep’s milk cheese from the Basque region. Olive oil is an key ingredient to a Spanish Omelette. The potatoes and onions are both sautéed in olive oil, and then added to the egg. The omelette itself is also cooked in olive oil. I used Olive Oils from Spain, that was given to me by The Good Life Embassy to prepare this meal. The Good Life Embassy  hosts events around the world with the goal of teaching people about olive oil and the Mediterranean style of life. 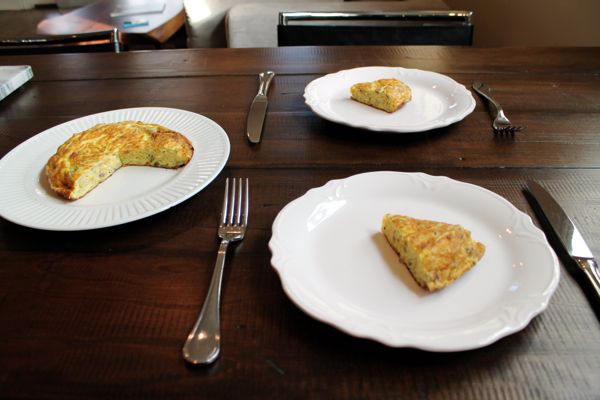 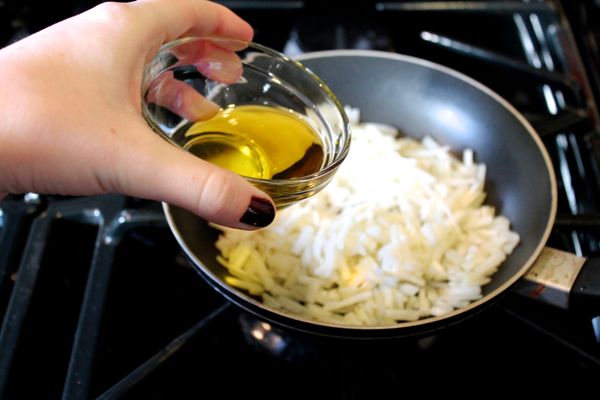 Step 1:
Heat 1 tablespoon of Olive Oils from Spain in a small skillet over medium heat. Add the potato hash, and sauté until it just begins to brown. This will take about 6 minutes. Then remove from the skillet and set aside and let cool. 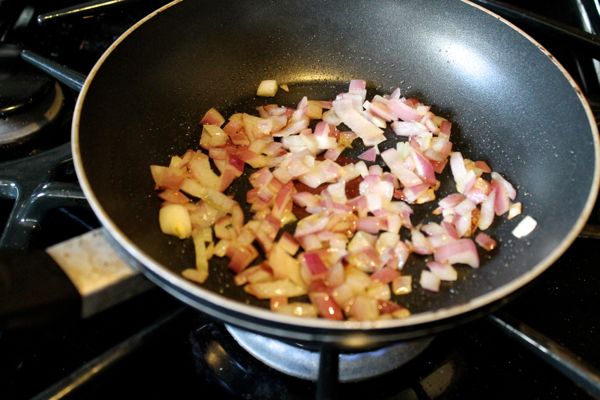 Step 2:
Heat another tablespoon of Olive Oils from Spain in the same skillet over medium heat, and add the diced onion. Sauté until the onion is soft. This will take about three minutes. Then remove from the skillet and set aside and let cool.

Step 3:
Crack the eggs into a bowl, and whisk together. Add the salt, parsley, cheese, potato, and onion. Stir together until evenly mixed. 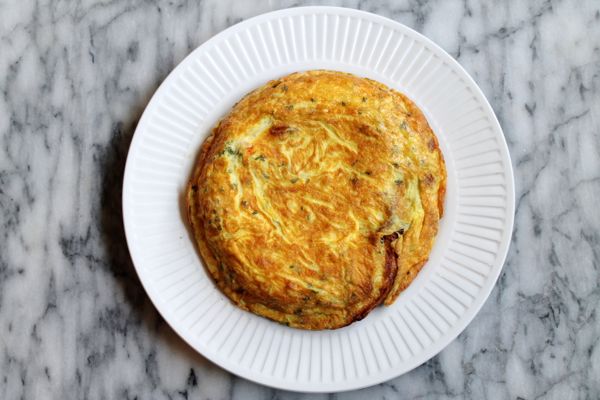 Step 6:
Flip the Spanish Omelette onto a plate to serve. Use a sharp knife to cut the omelette into slice, and serve. 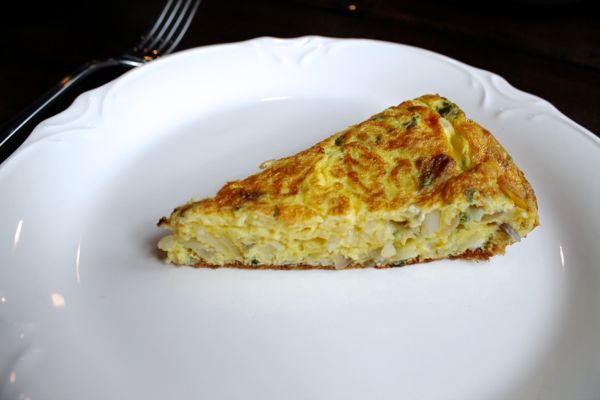 This post was sponsored by Olive Oils from Spain. As always, the opinions expressed are my own.