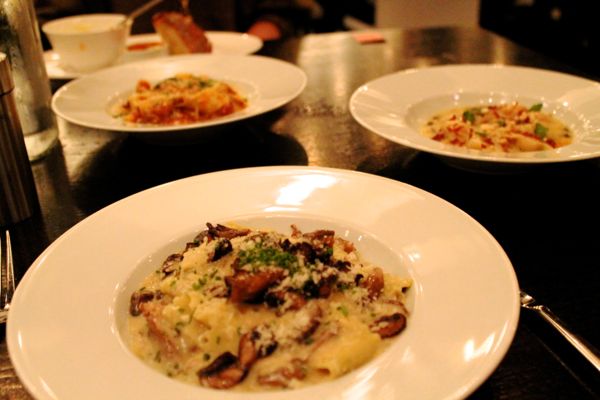 RPM Italian and Eataly’s La Pizza/La Pasta are two of the most buzzed about Italian restaurants in Chicago. They are similar in many ways. Both are owned by celebrities. Eataly is owned by Mario Batali, Joe Bastianich, and Lidia Bastianich, while RPM is owned by Giuliana and Bill Rancic (along with the Melmans of Lettuce Entertain You). The restaurants are just 4 blocks apart in River North. So the question is: where do you want to eat?

There are several factors to consider. RPM takes reservations (they usually book up a month in advance though), while Eataly does not. Both are extremely popular restaurants. If you go to Eataly on a weekend, you should expect to wait at least an hour for a table at La Pizza/La Pasta, but you can usually walk right in without a wait on a Monday or Tuesday. The ambiance of the restaurants are very different. RPM, as you would expect from a host of Fashion Police, a place to see and be seen. Eataly’s La Pizza/La Pasta on the other hand is a casual cafe within the upscale Italian market. It is kid friendly, and fuss free. 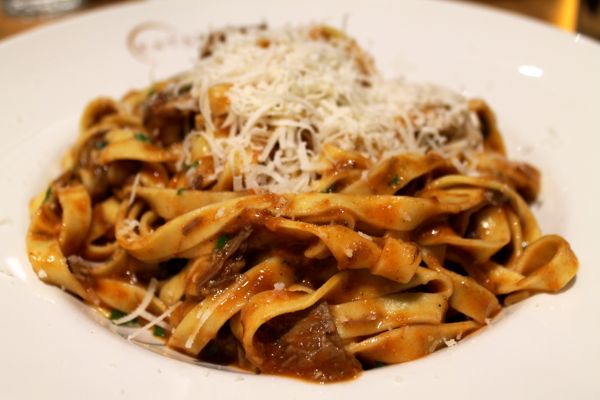 I ate at Eataly and RPM on two back to back nights (yes, it was excessive). My meal at Eataly was a quick bite. My friend and I stopped in at 7:30 on a Tuesday and got a table right away. I just had one course, but it was delectable. I ordered the Short Rib Bolognese which had tender chunks of short rib, and fresh pasta. This was some of the best pasta I had tasted in quite some time. The pasta itself had a fresh taste and had a nice texture and it held the sauce well. 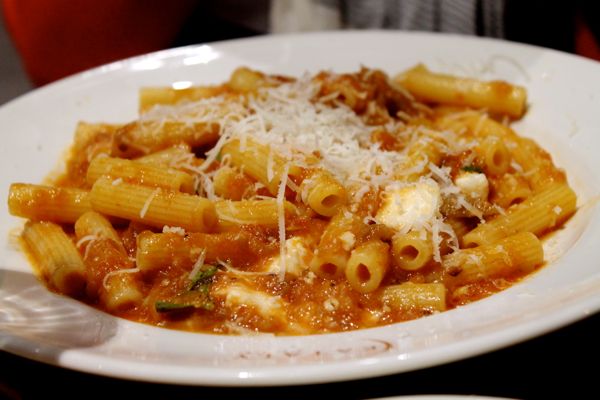 I dined with my friend Anne, who had the Ziti Corta alla Norma with Tomato, Basil, Eggplant, and Buffalo Mozzarella. The eggplant was blended into the sauce, lending it a nice thickness and flavor. 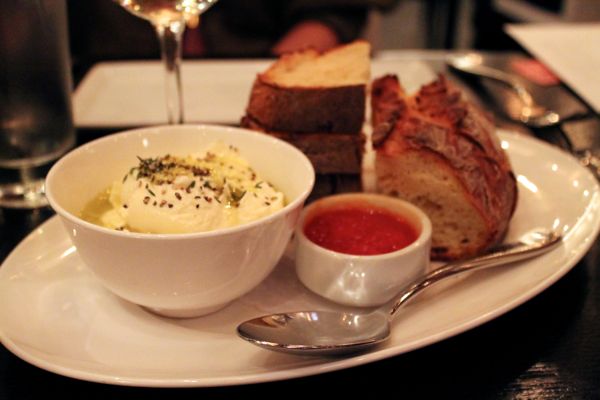 The next evening I dined at RPM Italian with two friends. We began with the Homemade Ricotta with Semolina Toast and Tomato Sauce. The ricotta was fresh and creamy, and the bread was warm. 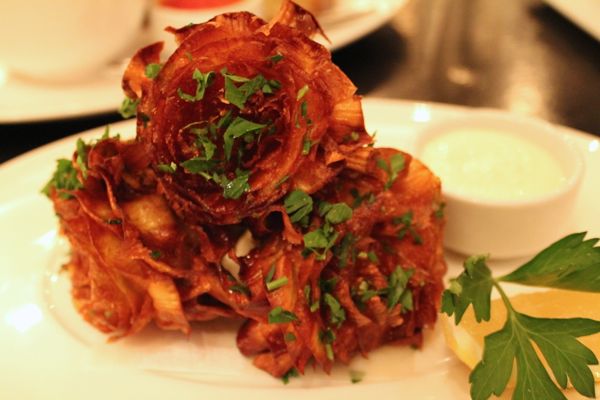 Next we had the Roman Style Artichokes. They were beautifully fried, but the aioli was a little lack luster. 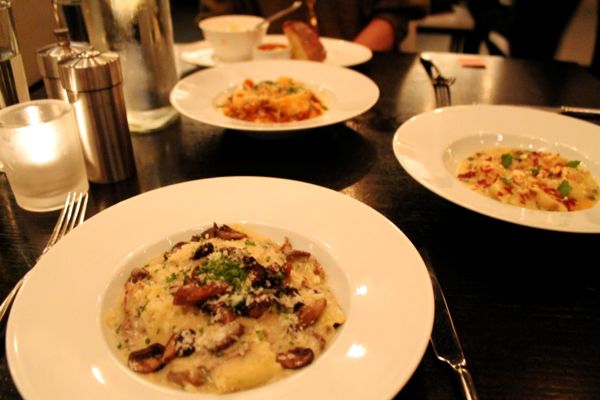 We each ordered a pasta, and we rotated them around the table so that everyone could try them all. We conveniently ordered three very different pastas: I had the Mushroom Sagnarelli with a rich and creamy wild mushroom sauce, Christine who is currently obsessed with all things fall had the Pumpkin Agnolotti with crispy prosciutto and capers, and Jen had the Pappardelle Bolognese with pecorino.

The Mushroom Sagarelli was the richest and creamiest of the pastas. It was also my favorite. It was topped with big chunks of meaty mushrooms. The Pumpkin Agnolotti was the second best, the pumpkin didn’t overpower the dish and the prosciutto lent a nice saltiness. I wasn’t convinced by the capers, they stood out just a bit too much. The Pappardelle Bolognese was solid but it wasn’t much compared to the Short Rib Ragu at Eataly. 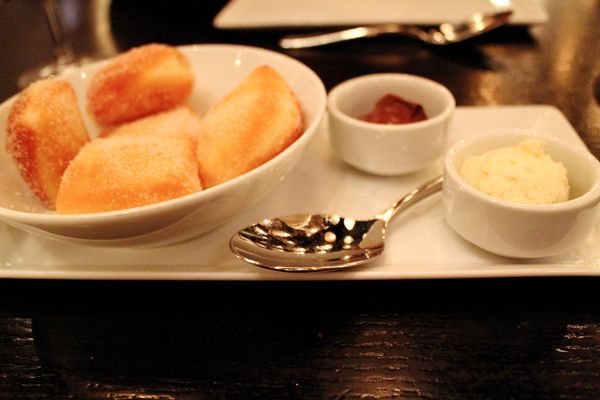 Should you dine at Eataly, or RPM? Both are fine options, you can’t go wrong, and it might just come down to your ability to secure a reservation at RPM. RPM offers a more formal dining experience, but I think that pasta at Eataly is slightly better. The price points are almost identical. The biggest difference between the two restaurants? Eataly also has fantastic wood-fired pizza.