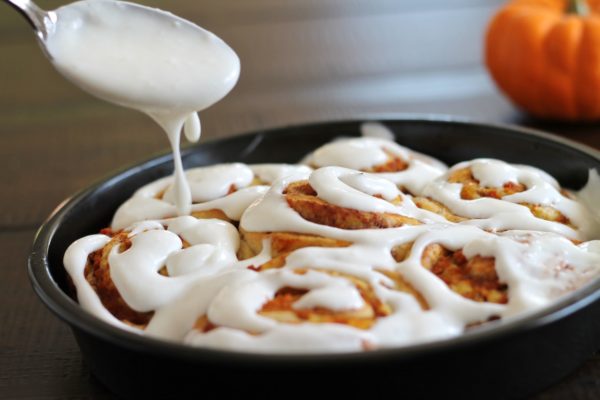 It’s official. It’s fall. Which means it is time to put pumpkin into as many foods as possible, right? I jumped on board with the trend and created an easy recipe for Pumpkin Cinnamon Rolls that utilizes store bought cinnamon roll dough. Pumpkin and cinnamon are classic fall flavors that everyone seems to love, so I suggest whipping this recipe up asap! 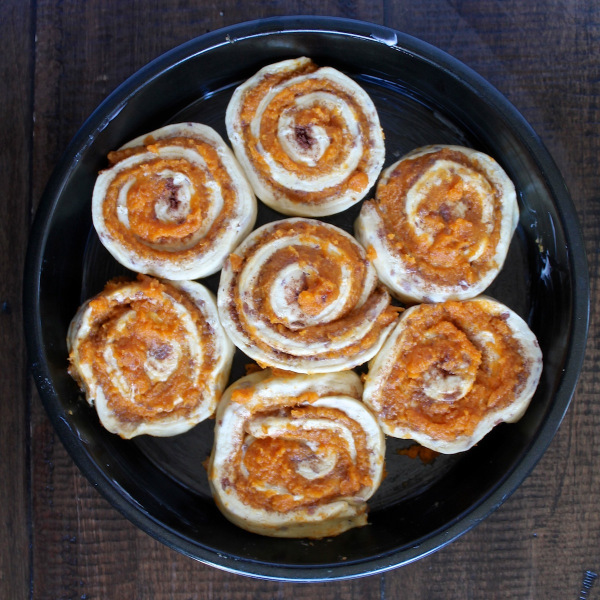 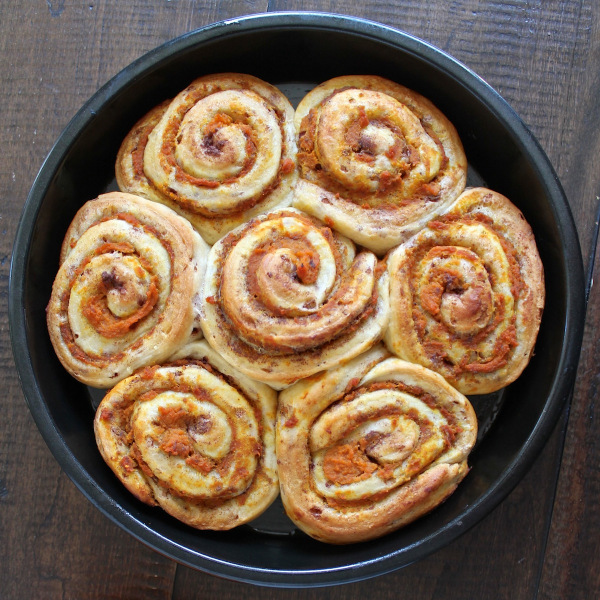 The secret to this recipe is that you unroll store-bought cinnamon roll dough, add a layer of pumpkin pie filling, and roll it back up. I even made I gif to show you. Then you separate the rolls, bake them, and top them with a homemade icing. It doesn’t get much easier than this. 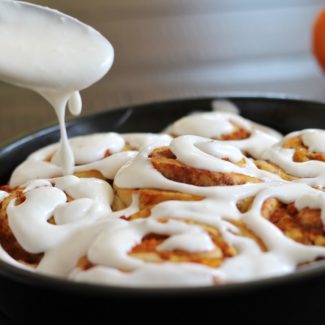 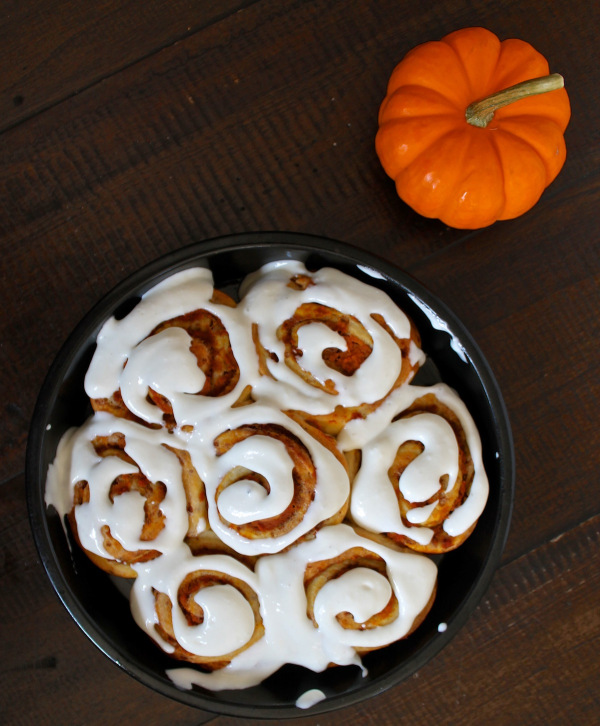 These look insanely delicious. They have two of my favorite things: pumpkin and cinnamon rolls.