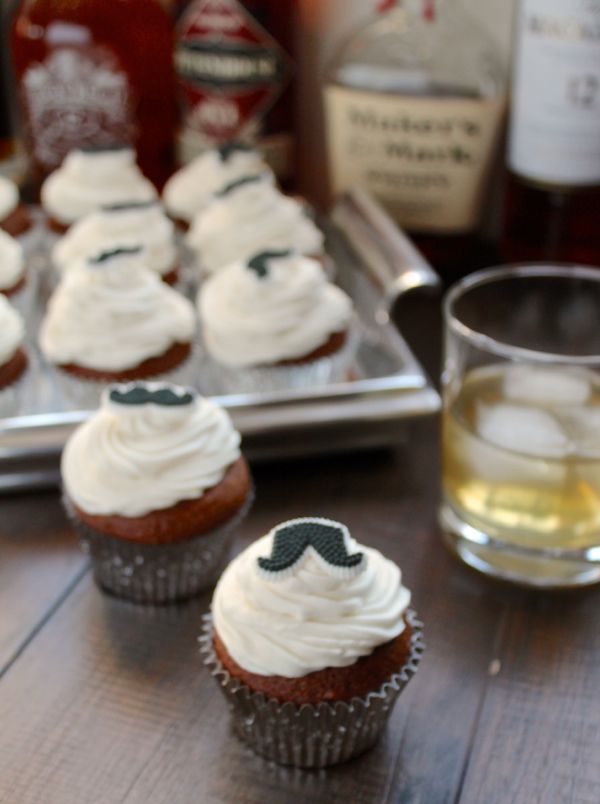 When I mentioned that I was making cupcakes for my husband’s birthday party, someone commented that cupcakes are not very manly. How do you make cupcakes manly? Add coffee, whiskey, and mustaches, right? Charles has a thing for whiskey, so I threw a whiskey tasting themed birthday party. But, you can’t just serve whiskey at a party (well, you could, but that might get sloppy) so I prepared some of Charles’s favorite foods. Per Charles’s request I cooked 2 pounds of bacon (random, but a huge hit), arranged spreads of cheese and charcuterie, made artichoke dip and buffalo chicken dip, and an apple crumble with whiskey caramel to drizzle of the top. 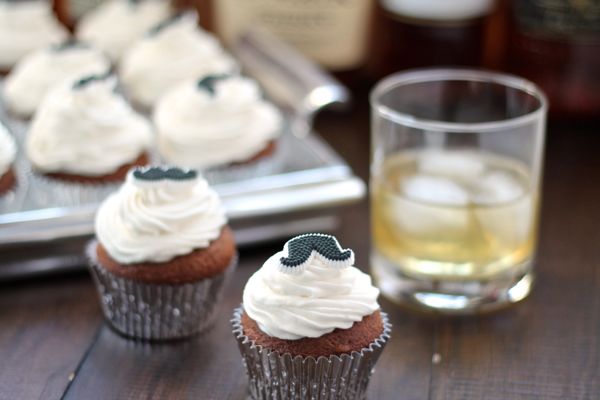 Even though Charles prefers apple crumble over cupcakes, I made cupcakes to ensure that we would have plenty of dessert for everyone. Plus, cupcakes make a party a bit more festive. I used a mix to prepare German Chocolate Cupcakes, but I replaced the water the mix called for with strong dark roast Lavazza coffee. Then I topped the cupcakes with a whiskey whipped cream frosting. While the frosting has just 1 shot of whiskey, it does add a strong whiskey flavor to the cupcakes. 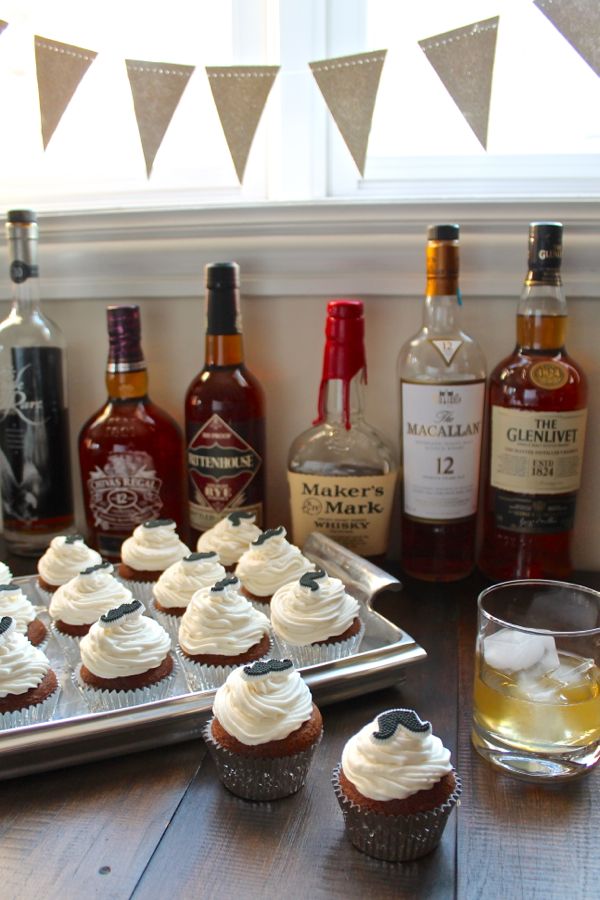 Mocha cupcakes, made with German Chocolate Cake Mix, topped with a light and creamy Bourbon frosting.

7.8.1.2
31
https://thekittchen.com/mocha-cupcakes-with-bourbon-frosting/
Side note: I slid off my table (while seated) onto a chair and severely bruised myself while taking these photos. No one said that food blogging was graceful. And, I’m ok now.