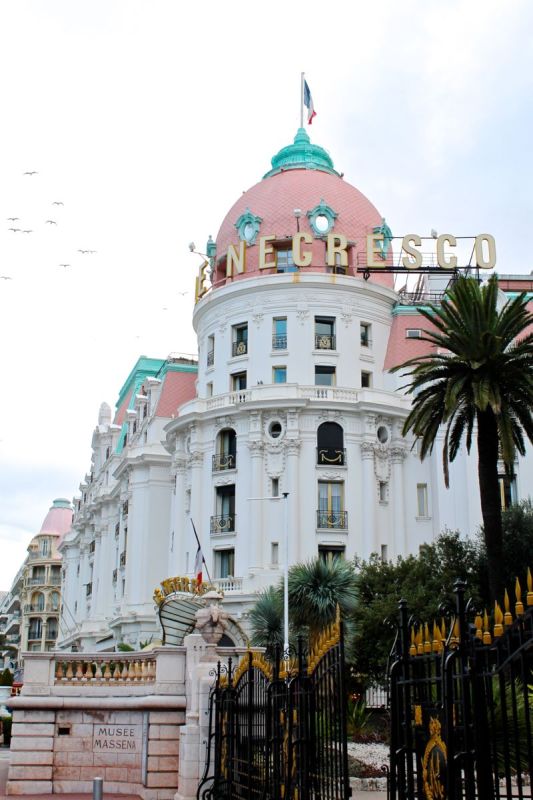 A large 102 year old hotel, with a pink roof, overlooking the Mediterranean in Nice, where the 93 year old hotel owner (a regal lady who collects art) resides on the top floor – it sounds like something out of a Wes Anderson movie, right? But, it’s real, and you can stay there. Le Negresco is a grand hotel filled with charm and history, and it might just be my favorite hotel ever. 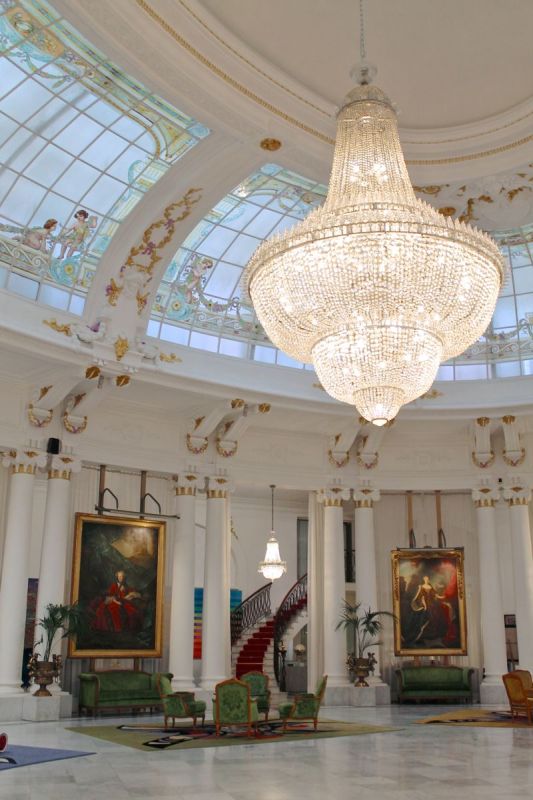 Before we were shown to our room we were taken on a brief tour of the hotel so that we could learn about the hotel and its history. We started in the hotel’s Royal Lounge just beyond the lobby, which is decorated with a massive Baccarat crystal chandelier, oil paintings, and beautiful antique furniture. This space is open for guests to lounge during the day, and I couldn’t understand why people were not hanging out in this gorgeous space. 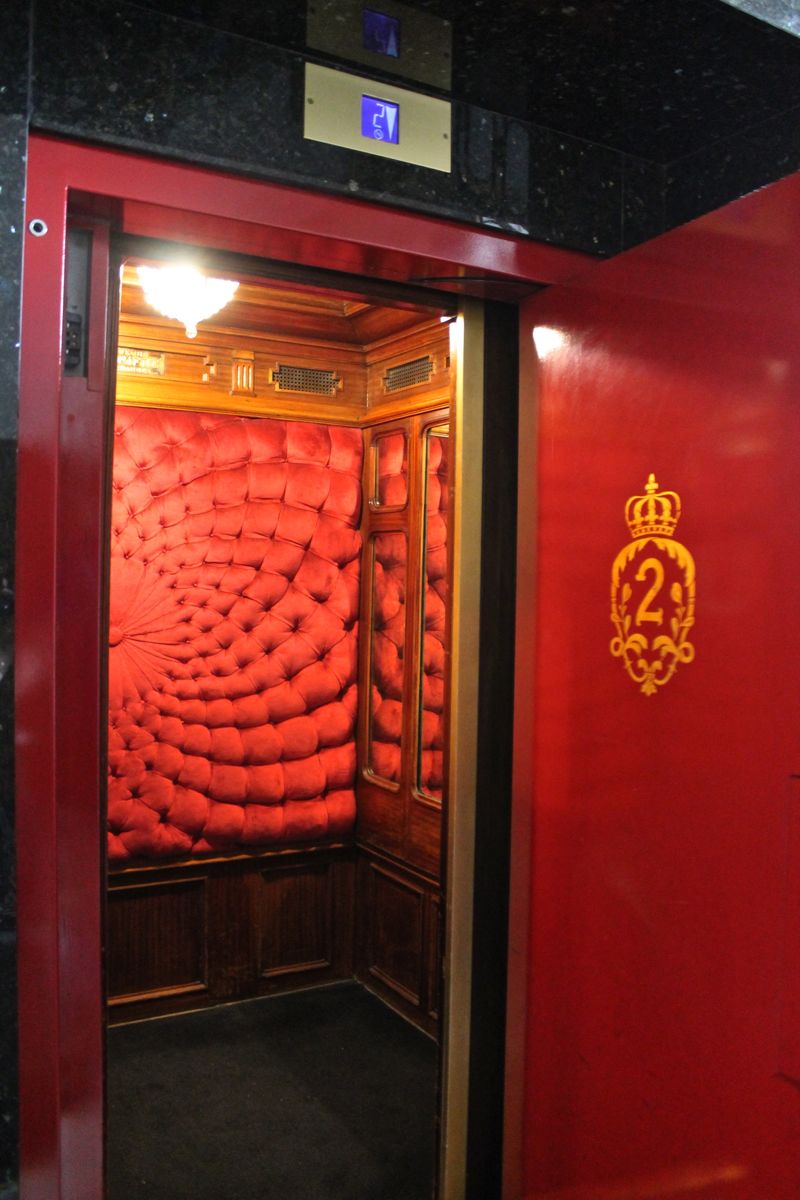 Next, we were led to the most amazing elevator I have ever seen. Yes, that is a chandelier inside the elevator. The elevator is original to the hotel, with updated technology. It reminded me of the red elevator in The Grand Budapest Hotel. 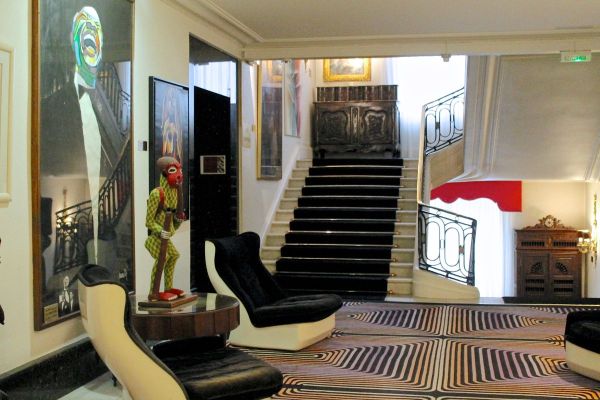 As the tour continued, we learned that the hotel’s owner, Madame Jeanne Augier, who lives on the top floor, can often be seen throughout the hotel. Her collection of 6,000 artworks decorates the hotel, each floor with a different theme. We were staying on the second floor, which is decorated with an African Art theme. 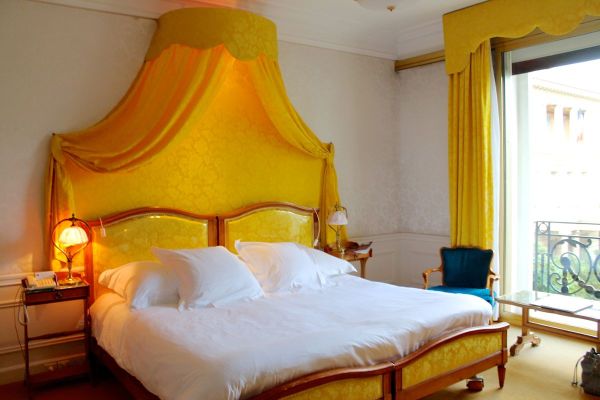 Once the brief tour was complete, we were shown to our room. Elaborately decorated with yellow tapestries and boasting views of the museum and the sea, I loved it. 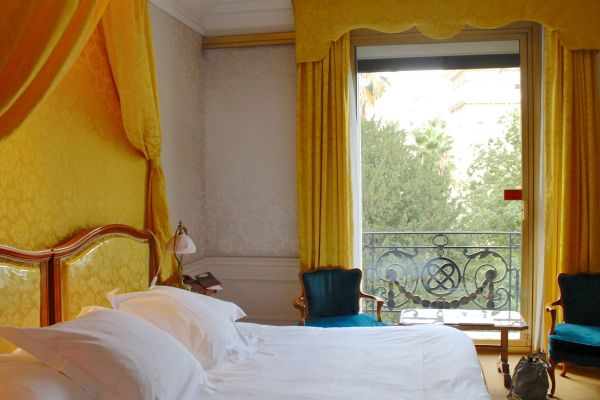 I wanted to move right in. Generally I am not a big fan of yellow, but the yellow and blue color combination just worked. 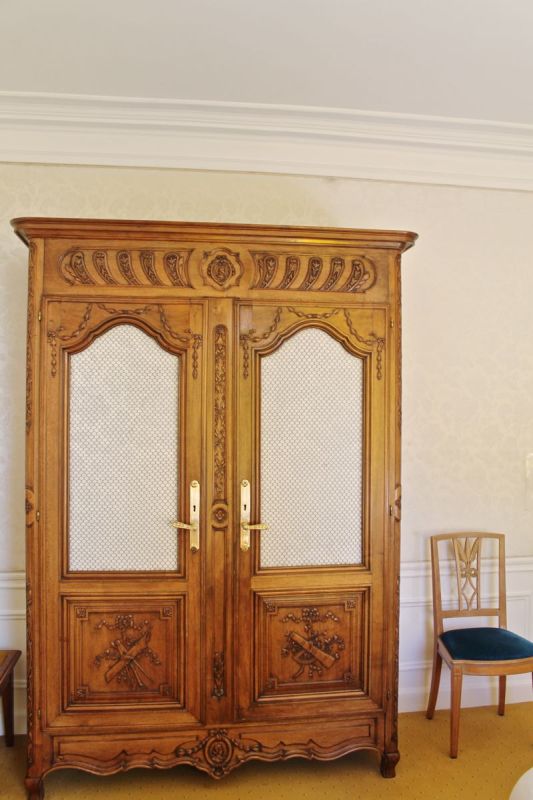 Hotel furniture can lack personality, but that wasn’t the case here. 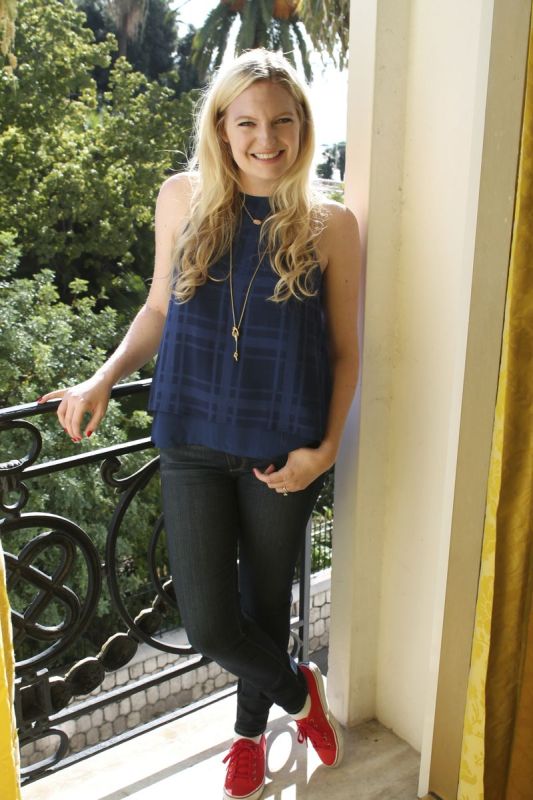 And I adored the beautiful balcony. 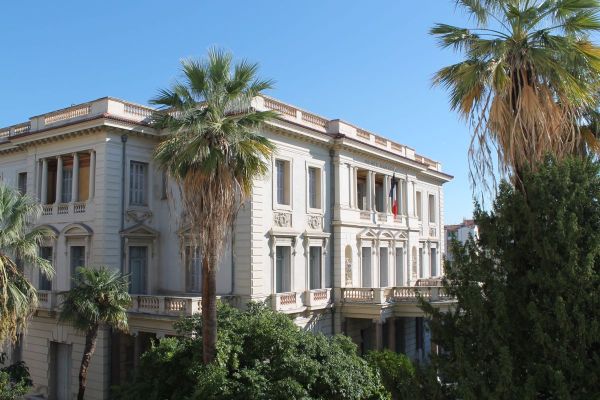 The balcony offered a view of the museum. 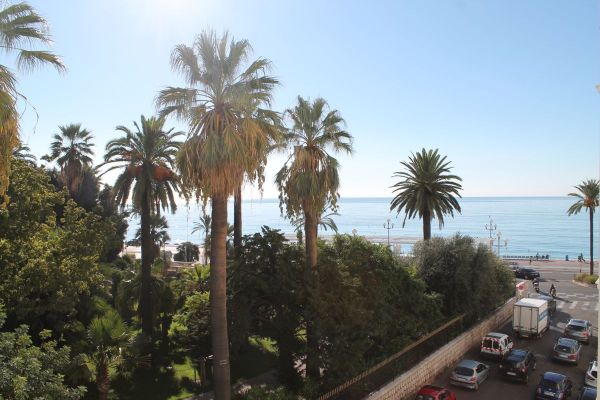 And when you turned your head… the Mediterranean. 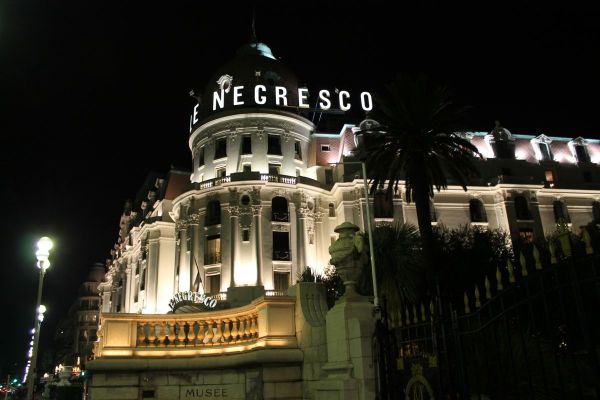 Le Negresco is also home to Nice’s best restaurant, Le Chantecler, which has two Michelin stars. Le Chantecler offers a prix fixe menu for 180 Euros, in addition to an al a carte menu. The cuisine is inspired by Provence, and the wine cellar has 15,000 bottles. We had eaten an indulgent five course meal in Monaco the night before our stay in Nice, so we skipped Le Chantecler, but we visited Le Relais Bar at the end of our evening. The space features intricate woodwork, and is irresistibly romantic. At night a piano player preforms singing French songs. Even if you aren’t staying at Le Negresco, you should make a point to visit the restaurant or bar, and sneak a peak at the Royal Lounge.