Here is what you need to know about seeing Harry Potter and the Cursed Child, the award winning play is fantastic and I hope that you get a chance to see it. 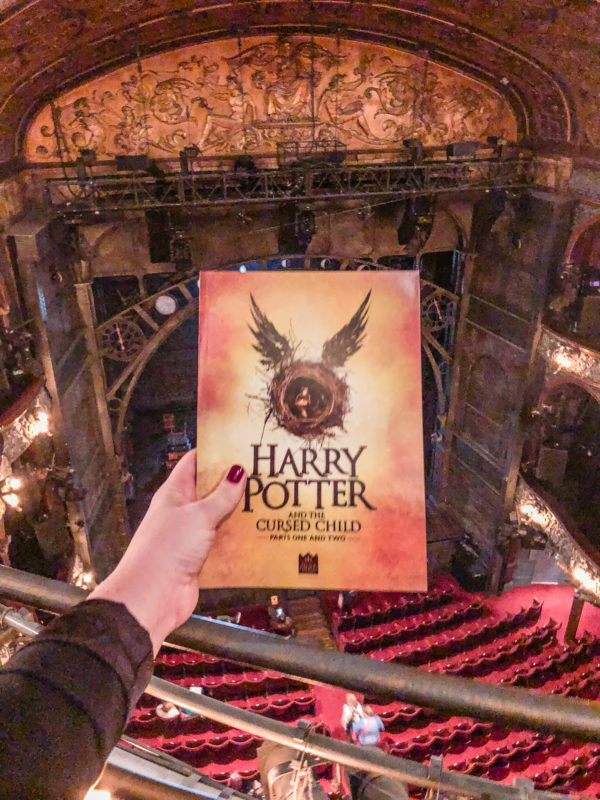 While I was in London in October, I was lucky to have the opportunity to see Harry Potter and the Cursed Child! I’m a huge Harry Potter fan and when I was in London, Lauren, an American ex-pat who writes Aspiring Kennedy, posted on Instagram that she had extra tickets to show! It was meant to be. Just a few nights earlier my husband’s colleague was raving about the show. He didn’t give anything away, he just told me it was wonderful. I loved walking into the show not knowing what to expect, everything was a pleasant surprise. So without giving away any details, here is what you need to know about seeing Harry Potter and the Cursed Child.

You Need to Be a Harry Potter Fan

This might seem obvious, but if you aren’t already familiar with the Harry Potter universe you will be very confused. If you read the books and/or saw the movies you know how JK loves to refer back to the past all the time. Ideally you should at least see all the movies before seeing the play.

It Is Two Parts

Each part is about 2 1/2 hours long. You can see the show all in one day, at 2pm and 7:30pm (you have time for a meal between shows). Or you can see the two parts on two different days. 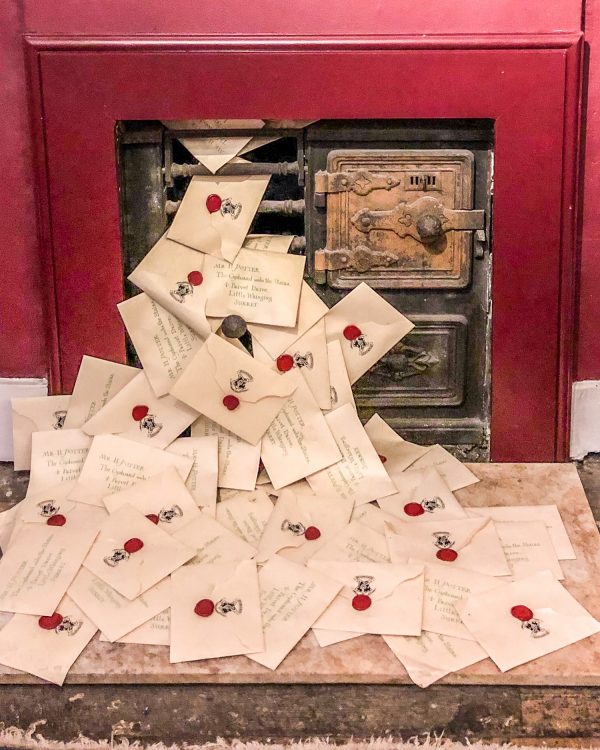 You Need to See Both Parts

A woman in my row at the second show left during intermission because she didn’t see the first part and couldn’t follow along. And the first part ends with a cliffhanger and you will want to know how the story ends.

It Picks Up Exactly Where We Left Off

Harry, Hermione, Ron, and Ginny are all grown up and sending their kids off to Hogwarts for the first time.

The later Harry Potter films get dark and so do the plays. If you wouldn’t let your child see the films, don’t bring them to the play. I would say it is fine for kids ages 10 and up. 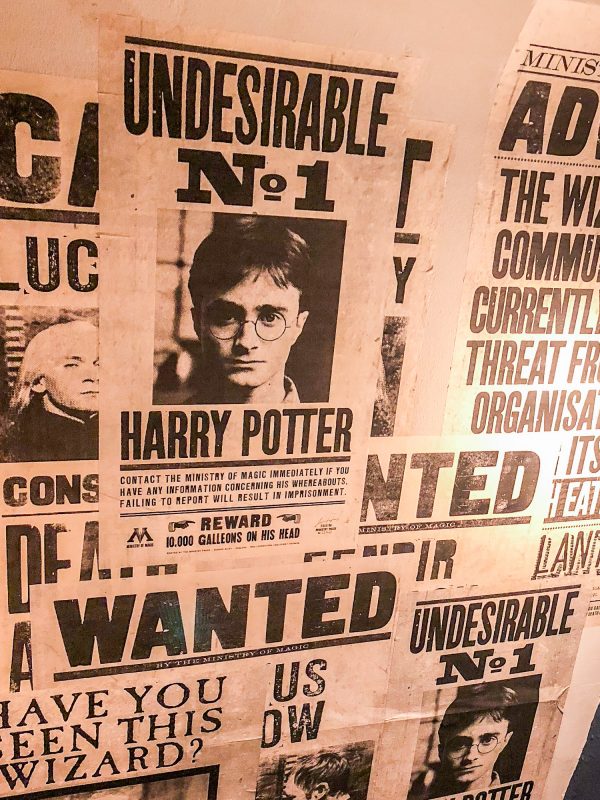 I was shocked when people were wearing casual clothing. Most people were in jeans and sneakers. 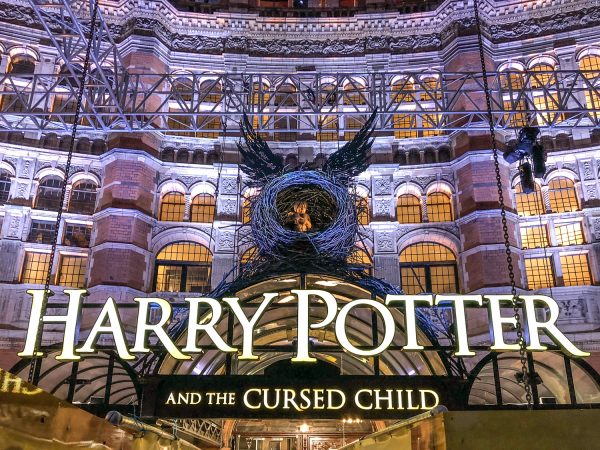 Theater in London is Affordable

It’s so much less expensive than see a show in NYC! It’s about 1/3 the price!

There is a Free Harry Potter Exhibit Across from the Theater

It’s where I took some of these photos since obviously I was not allowed to take photos during the show.

Hamilton is the Hamilton of musicals. Harry Potter is the Hamilton of plays. Does that make sense? What I am trying to say is that the play is incredible. It exceeded my expectations. It blew my mind. If you have a chance to go – GO.

It is Coming to Broadway

Want to save this post about What to Know About Seeing Harry Potter and the Cursed Child for later? Here is an image for you to pin: