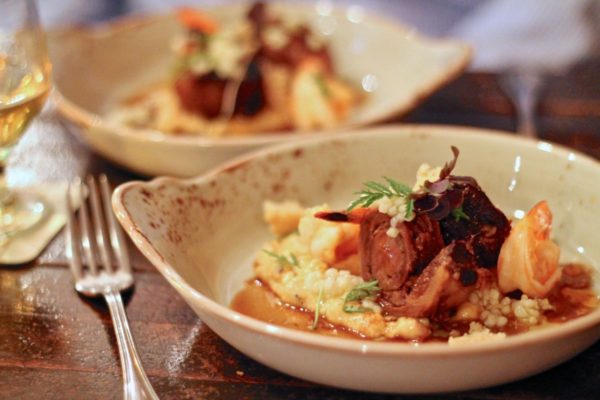 Farmhouse has a special place in my heart. It was down the street from our old condo, and it was our favorite neighborhood spot. Farmhouse is a gastropub that sources ingredients from local farms to create fresh seasonally inspired cuisine. I should also point out that Farmhouse has the very best fried cheese curds in Chicago. Often Charles and I would meet up at Farmhouse for a round of beer and cheese curds after work, and end up staying for dinner. We love that there is always something new to try on the new, and the food is seriously good.

Last week we were invited to Farmhouse for a five course tasting that emphasized end of summer flavors. Our evening began with a welcome from Farmhouse’s owners. They told us about their passion for food and how they bought a farm so that they could source their own ingredients. Recently, they bought an entire crop of organic apples from Wisconsin that they have used to create three different ciders. These ciders will be on tap at the restaurants in River North and Evanston, and at Farm Bar when they open in Lakeview. 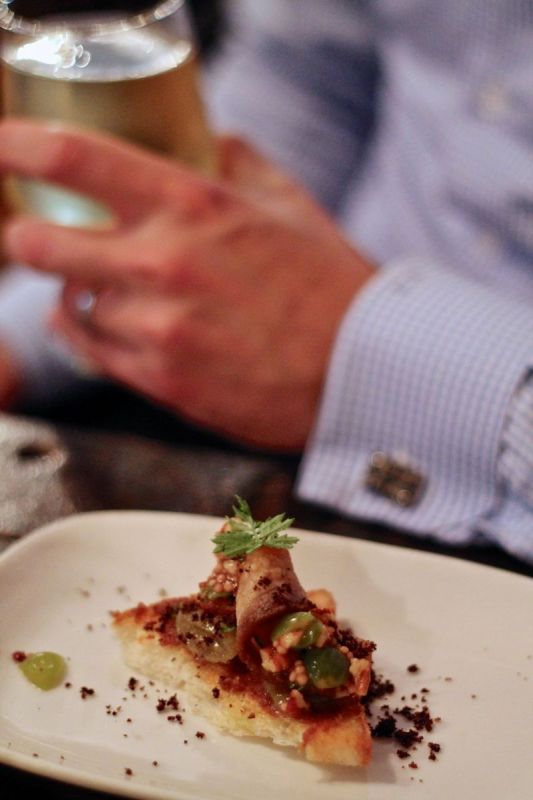 Each course was paired with a beer or cider, and the first course, a crispy bread with pickled green grapes (from Ellis Family Farms) and thick market ham, was paired with Free Priscilla Cider. This cider is one of the Farmhouse ciders and it is made with a blend of Priscilla Apples and Liberty Apples. It is a dry smooth English style cider that is easy to drink, and I especially enjoyed it paired with the market ham which is similar to bacon in taste, but the texture was more like ham. (Sidenote: Charles posed so that he could show off his Union Jack cufflinks not realizing that they wouldn’t be visible due to the camera lens I was using). 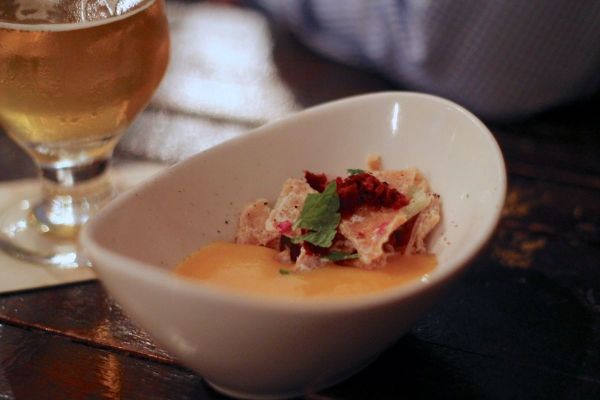 The second course was a chilled melon soup that was served with Poolish Salad, Njuda, Spiced Yogurt, and Mint. Njuda is a spiced spreadable Italian pork sausage, that was spread on the poolish – a soft thin bread. The spicy flavors of the njuda contrasted well with the yogurt and melon, it was cool and refreshing with a hint of spice. The soup was paired with 3 Floyd’s Calumet Queen. 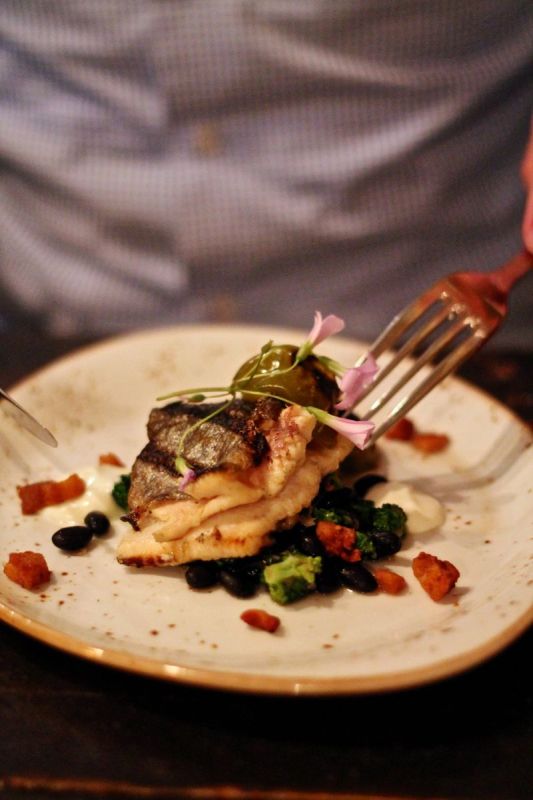 We had trout next, and I am usually not a fan of trout. Even at some of Chicago’s top restaurants, trout can be really fishy. Luckily that wasn’t the case at Farmhouse and I happily gobbled up the trout which came served with tomatillos roasted with black garlic, black bean relish, and bacon lardons. The rushing waters trout was perfectly grilled- it was tender and mild in flavor, and the beans and crispy bacon added great flavors and textures. This came with Revolution’s Rosa, a hibiscus beer. 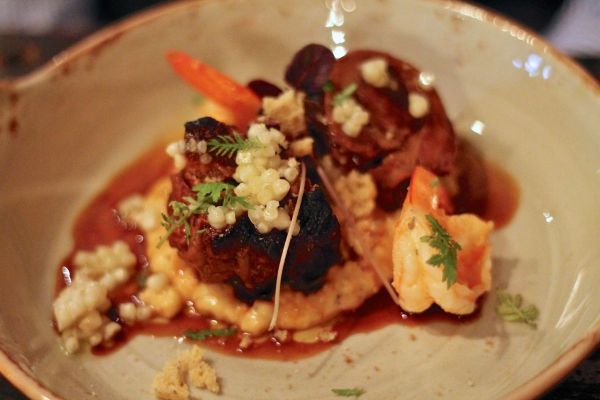 The fourth course was my favorite. BBQ braised short ribs were served with butter poached shrimp, pimento cheese, and corn five ways. This is how Farmhouse does surf and turf. Let’s start by talking about the corn because it was something that got everyone talking. Chef Eric Mansavage (who as been at Farmhouse since they opened), utilized the vast majority of technical applications for corn. He made corn bread, pickled corn, corn broth, popcorn grits, and seared corn, and the result was so amazing that I almost licked my plate. The beef jus that was poured over the plate pulled all of the flavors together. This was paired with an IPA from Dark Horse called Smells Like A Safety Meeting. 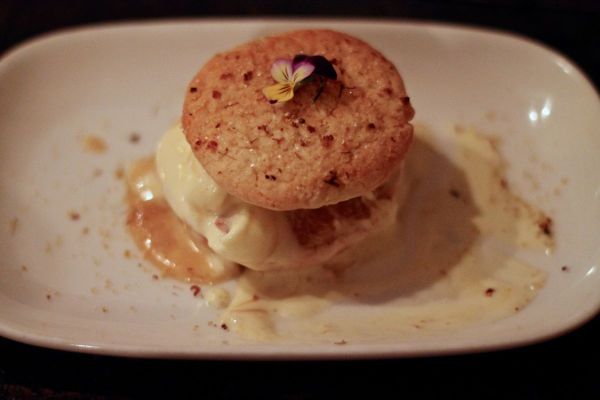 Our meal ended with a peaches and cream ice cream sandwich. Vanilla bean shortcake cookies were filled with peach marmalade from Mick Klug Farm in Michigan and ice cream. This dessert was a great expression of end of summer ingredients, the peach and vanilla flavors were a great pairing. The beer pairing was Penrose’s Deminimus Mandarina.

If you live in Chicago and have not been to Farmhouse, I suggest that you run there right now. And start with an order of the cheese curds.

Farmhouse has two locations, one in River North at 228 West Chicago Avenue (right beside the Chicago Brown line stop), and one in Evanston at 703 Church Street (a short walk from the Davis stop). Farm Bar will open at 1300 West Wellington Street later this fall.