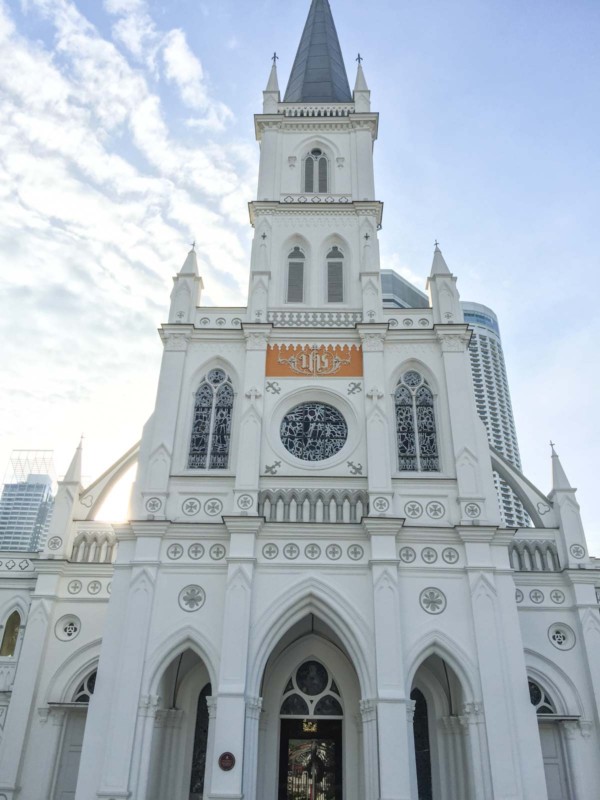 My recent trip to Asia was planned around visiting my in-laws in Singapore. They have lived in the urban jungle of a city-state for nearly 20 years, and it was my second visit to the country. 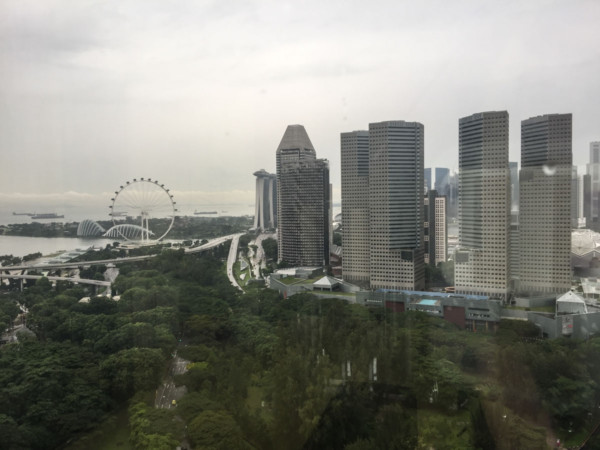 Before I tell you about some of the things I did in Singapore, let me give you a heads up that it took us 20 hours of flight time to get there. We stopped in Tokyo on the way – that was a 13-hour flight, and then Singapore was another 7 hours away. It’s not an easy place to go to.

There are two things that people said when I told them that I was going to Singapore. The first is that they loved the food there, and the second was that they think the city is boring. 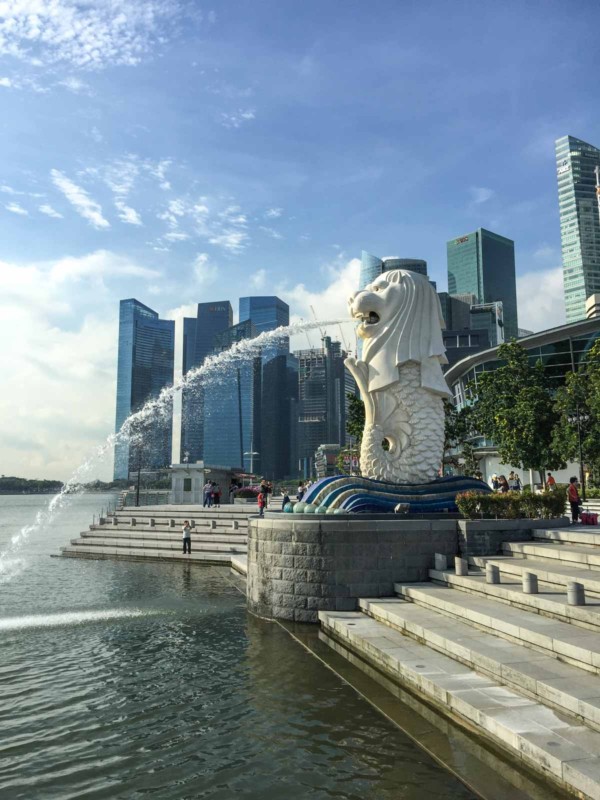 When you compare Singapore to other big cities (places like Toyko, Hong Kong, and New York) it is lacking in the culture department. Somehow, even though the people are so accepting of other cultures, the city’s diversity results in an atmosphere that is sterile instead of vibrant. If you are looking for an amazing Asian cultural experience, Singapore might not be the place. I don’t want to sound harsh, I just want to set expectations. 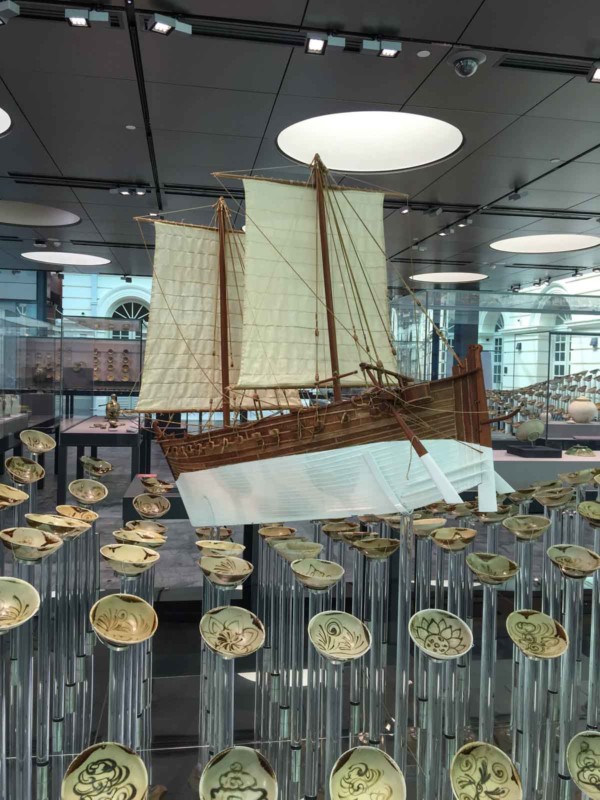 On our first day in Singapore we went to the Asian Civilization Museum. We did a free tour of the museum with an incredible volunteer guide. Each tour is a bit different with the guide picking their personal favorite items in the collection to discuss while also pointing out items of interest to the guests. The museum provides a great opportunity to learn about the history of Singapore. A highlight was seeing a large collection of ceramics that was recovered from a shipwreck. The ship was a trading vessel from the 9th century carrying thousands of pieces of pottery from China, and it shows how developed the trade was at the time. The museum has a small model of the ship displayed along with some of the ceramic bowls that were recovered.

The Asian Civilization Museum is home to many other exhibits that discuss the religions and cultures of the people who live in Singapore. I also enjoyed the exhibit of historical clothing of the settlers from various parts of the world.

The joke is that shopping is the national sport in Singapore, so you can’t visit without hitting the mall. Ion is one of the nicest malls and it has a mix of super high-end luxury goods along with more reasonably priced retailers. Singapore has an unbelieveable amount of luxury retailers. 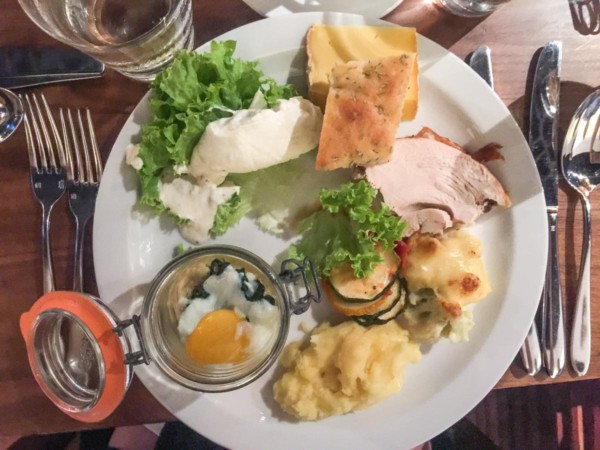 One day we had brunch at the Grand Hyatt. Apparently the elaborate and extensive buffet is the best brunch in Singapore. The brunch is definitely more international in style – the food included dim sum, a seafood bar, roasts, cheeses, and more, but not the traditional egg dishes, pancakes, and french toast Americans are accustomed to. It was delicious, just different. The staff was attentive and my champagne glass was always full.

My favorite thing that I ate in Singapore was dinner at Lagnaa in Little India. Upon arriving we took off our shoes and went upstairs where we sat on pillows around a low table. We ordered several curries and vegetable dishes and it was all served family style. It was all delicious, and just to warn you, when you ask for spicy they really go for it! We visited Little India just after Deepavali, so the lights were still up – you can see them in the video. 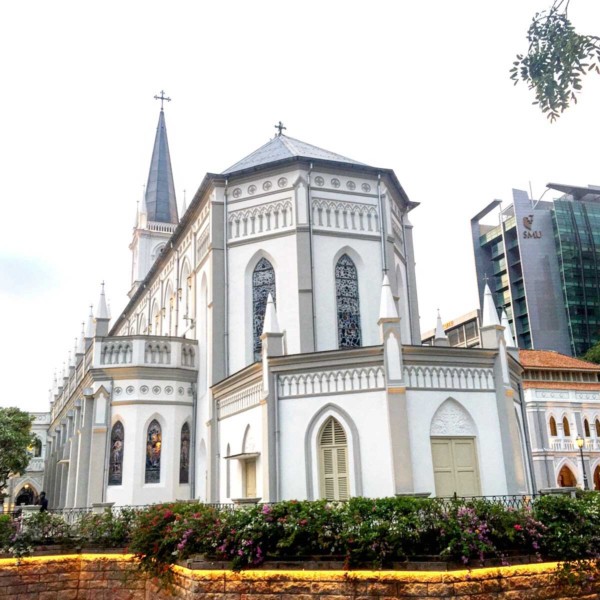 Our favorite place to hang out was Chijmes, a former church that is now home to several bars and restaurants. We liked Privé which is in the courtyard, and has pretty good happy hour specials – which is helpful since alcohol is highly taxed in Singapore. 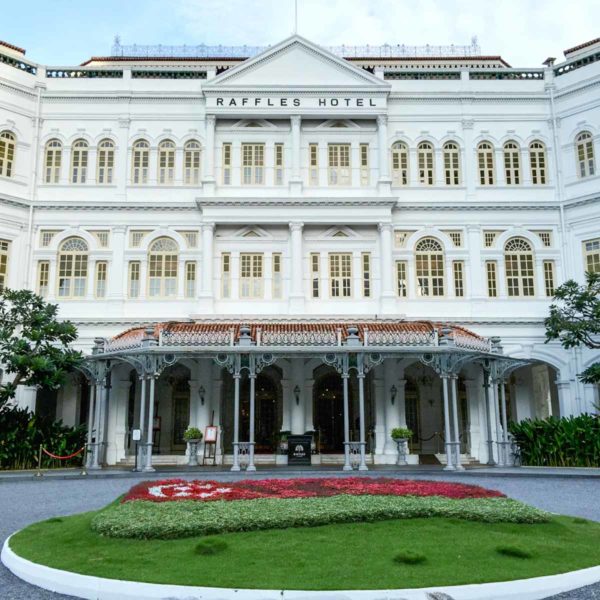 Another place that you must visit in Singapore is the Raffles Hotel. This is where the Singapore Sling was invented in 1915 with the intention of being a cocktail that women could drink in public since it looked more like a fruit juice, and it was taboo for women to drink alcohol in public back then. Try to get there soon since the entire hotel is about to be closed down for a long renovation.

Have you been to Singapore? Share any recommendations in the comments!