After a few days exploring the Arenal Volcano region of Costa Rica in La Fortuna, my sister and I drove to the beach. We had a very simple plan. Drive 3 hours, check into the Riu Guanacaste (located on the Northern Pacific region) which we had booked on Priceline using their Express Deals option. What should have been a quick drive to the beach and a 4 star hotel proved to be a disaster, but luckily we were able to take ahold of the situation and turn things around. 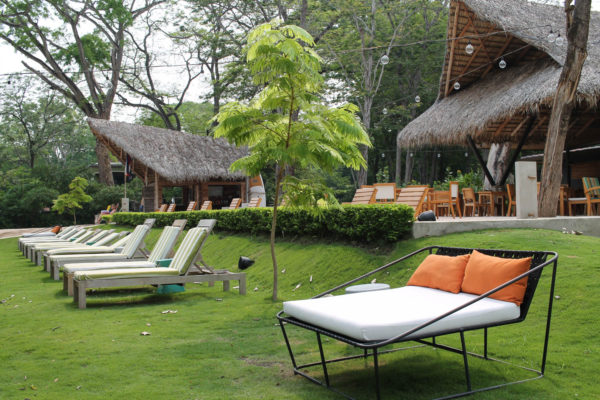 It all started when we took a wrong turn. Costa Rica doesn’t have well marked roads, and tourists inevitably get lost. This time, we realized our mistake after 5 minutes, and turned around. But when we slowed down to make a U-turn, we realized something was wrong, and we had a flat tire. We called our brother who seemed somewhat confident that we could change the tire, and the rental car had all the supplies we needed, we only lacked the strength necessary to remove the lug nuts. As we tried and failed to remove them, a very kind Costa Rican man pulled over and said in Spanish, I don’t speak English but I can help you. Then he pulled out more professional equipment from his car and 5 minutes later we were all set.

Ten minutes later were drove by our rental car company (Economy Rent a Car) on the way to our new hotel and in 20 minutes they put a fresh tire on the car and gave us a new spare. There are a lot of rocky dirt roads in Costa Rica, so driving around without a spare wouldn’t have been a good idea. The charge for the new tire was $165 – not ideal, but we felt lucky because we thought it might be much more.

Then it was time to drive to the Riu and check in. Priceline described the hotel as being a 4 star hotel comparable to The Westin. But it wasn’t. It was loud, over crowded, and dirty. It wasn’t where we wanted to be for the next few days, so we left (we were able to get a refund from Priceline). The sun was about to set – which makes it nearly impossible to navigate the Costa Rican roads, so we needed to act fast. We saw that El Mangroove (part of Marriott’s Autograph Collection) had rooms available and positive TripAdvisor reviews so we drove 30 minutes to get there. 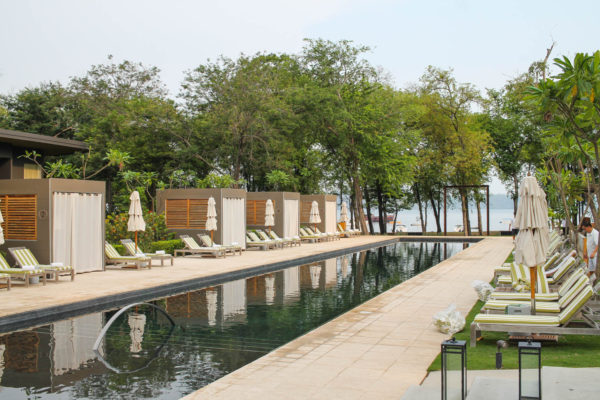 El Mangroove was the calm, quiet, luxurious hotel we wanted. It was a rough day, but we turned things around – the hotel is so delightful that other hotel guests begged me not to tell you about it and to keep it a secret, but that wouldn’t be fair to you.

During this part of the trip my sister got really into Snapchat and started to “direct” videos which she would star in, and I would film. Some of them are pretty silly – I am adding them to this post for your entertainment. 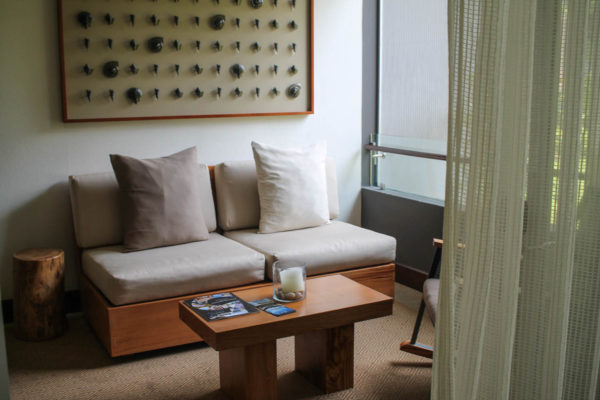 We paid about $300 a night (all in, including taxes, etc) for what I would call a 4 ½ star hotel. We LOVED it. The rooms are spacious, and they seem new. Each room has a screened in sitting area, in addition to the air conditioned room. The WiFi is free and works well, and the rooms have HBO and other English language stations (we watched movies at night). 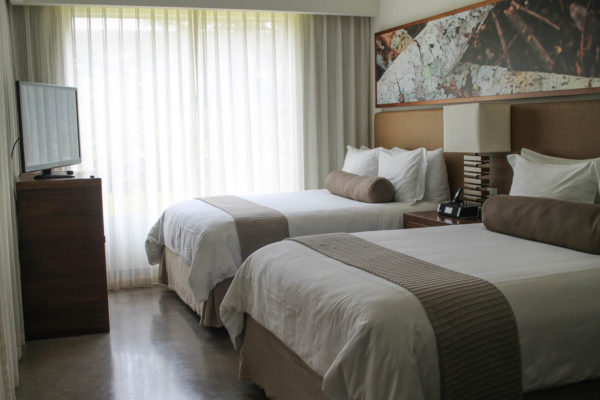 The hotel is right on the beach, but the beach itself is through the trees (providing cool shaded areas) so only a couple of the rooms have ocean views – but we really didn’t mind – we spent all day looking at the ocean.

The grounds of the hotel are stunning. There are two restaurants that are incredibly reasonably priced with very good food. The centerpiece of the hotel is the large pool, and it is glorious. The pool is the perfect temperature, just cool enough to be refreshing, but not so cold you don’t want to stay in the water. There is a ledge in the water that is just the right height for sitting. 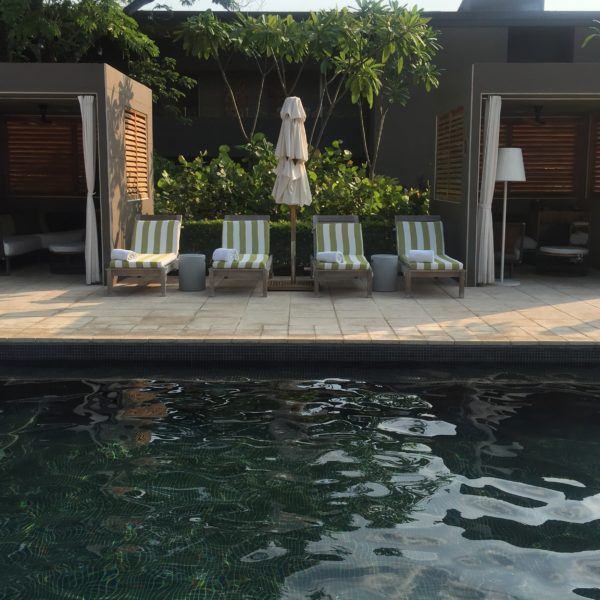 There are lounge chairs all around the pool, plus more facing the ocean, which is just through the trees. Plus there are 5 cabanas available for rent. The ocean water is clear, warm, and calm. We alternated between taking dips in the pool and the ocean. 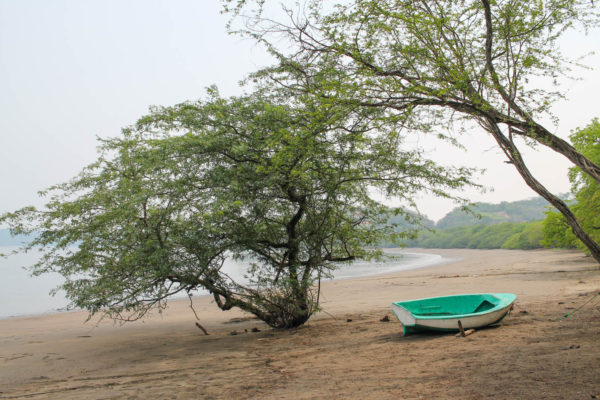 The staff at El Mangroove is kind and welcoming. You feel looked after, and their friendliness is infectious. This is the type of hotel where the guests all become friends (another contributing factor is that we visited during slow season so the hotel wasn’t very full so we saw the same people again and again). 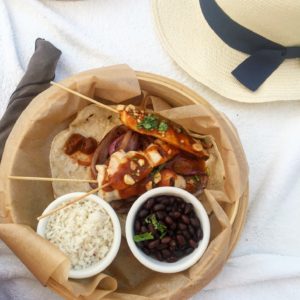 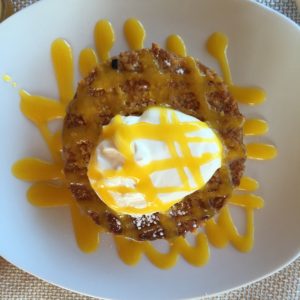 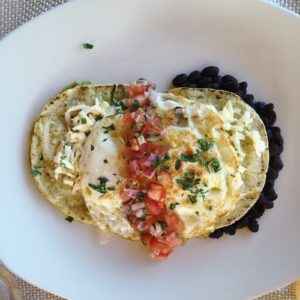 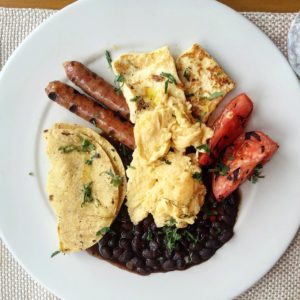 While we lounged in the sun the staff was there to take orders for food and drinks. We looked forward to trying new menu items at every meal. Even people who had been there for a week were still excited about the food. We particularly loved the Patapones at lunch, the Flank Steak Pinchxos at dinner, and the French Toast at breakfast. While the menu is somewhat small, the chef was more than happy to improvise to create a meal that you would love. Fellow hotel guests started exchanging recommendations for off menu items that the chef had invented. There is a separate room service menu with even more menu options, and again, it was very affordable – breakfasts were about $8. 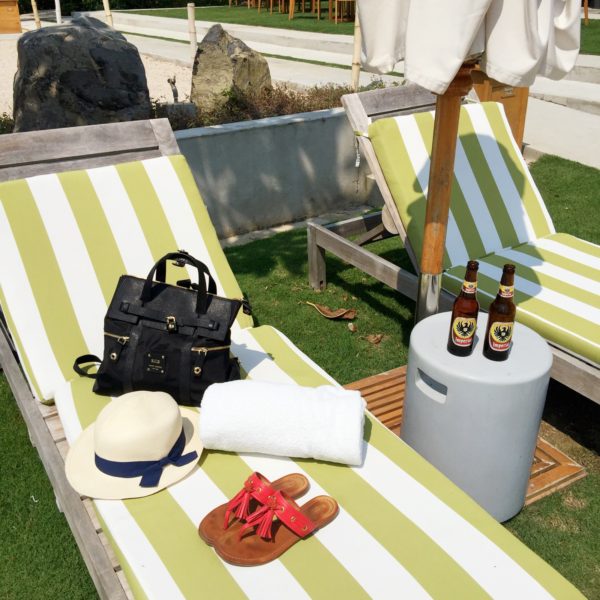 While Kelly and I wanted to relax and sip rose beside the pool, other guests were renting jet skis, kayaking, fishing, zip lining, or partaking in other activities. 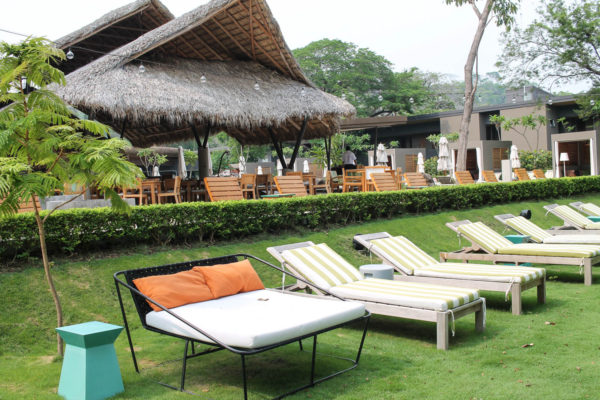 If you are heading to Costa Rica I can’t say enough good things about El Mangroove. Although it is affiliated with Marriott, it doesn’t feel like a Marriott since it is owned and operated by a Costa Rican family. It felt like a luxurious but authentically Costa Rican experience. My sister and I are already plotting our return to El Mangroove. 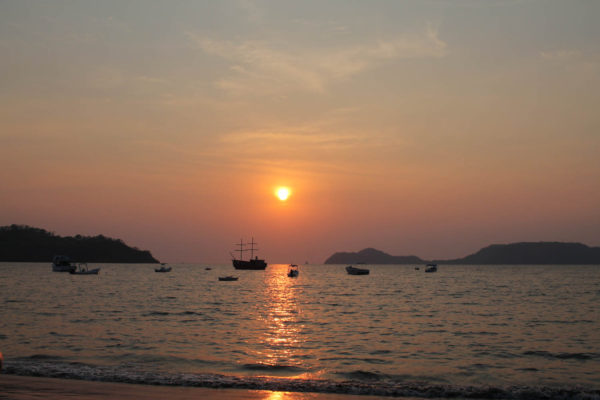 There is one more big thing I need to mention. El Mangroove is only 20 minutes from Liberia Airport – and the hotel offers shuttles. We booked direct flights on Jet Blue from JFK to Liberia for $192 (well Kelly did, I used points) – and that price included the $29 Costa Rican departure tax. If you want a relaxing beach vacation – fly into Liberia, and go straight to El Mangroove. If you want a mix of relaxation and adventure – split your time between El Mangroove and La Fortuna (we loved the hotel Lomas del Volcan in La Fortuna). It’s a 3 hour drive from Liberia to La Fortuna and the roads are all paved and relativity easy to drive (but expect lots of twists and turns). You drive past the airport on your way from La Fortuna to El Mangroove, so you can even drop off your rental car as you pass the airport – you won’t need it at El Mangroove since you won’t want to leave.

Just to be extra clear – this post isn’t sponsored, I just think this hotel is exceptional and I want you to know about it.