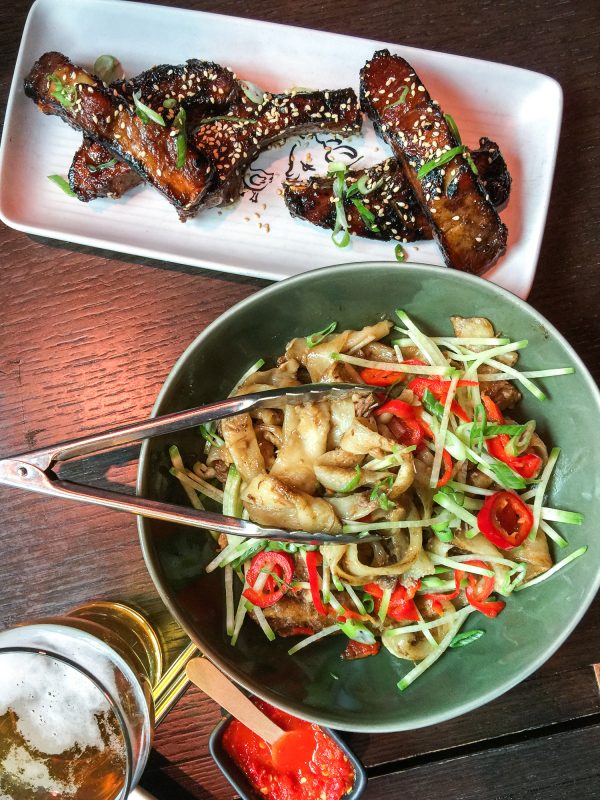 I was a fool for waiting so long to dine at Duck Duck Goat. The atmosphere is casual but still stylish and fun, and the food which claims to be “reasonably authentic Chinese” is extraordinary. The night before I set off for Serbia, I joined my friends (and fellow food bloggers) Jenny and Jocelyn for an early dinner, and we loved every bite. And the nearby diners only seemed mildly annoyed when we began making silly faces and squealing with laughter. 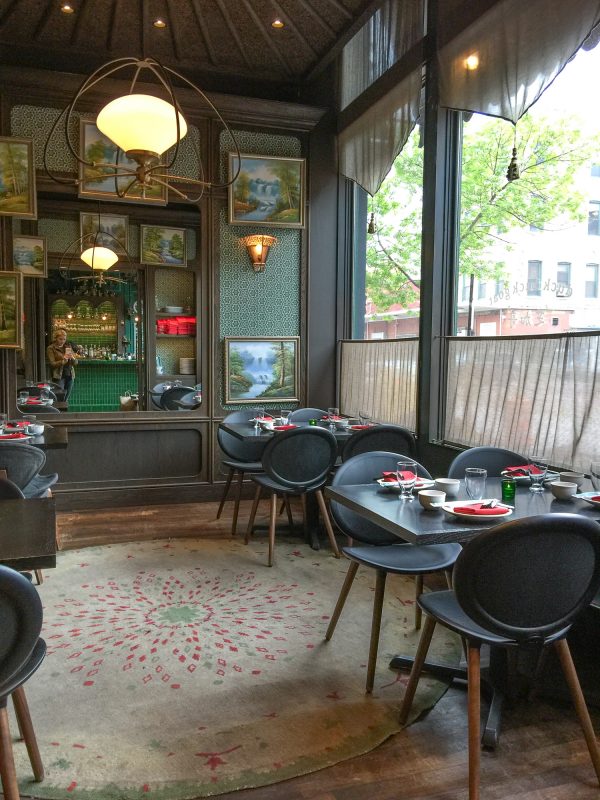 Duck Duck Goat is decorated in vibrant jewel tones, much of the restaurant is a vibrant pinkish red, while the bar – which sits in a separate room is a shade of emerald green. It’s the type of place that makes you think, “Oh this is going to be fun” when you walk through the door. I love that some of the most prominent chefs in Chicago have turned to creating restaurants with a casual atmosphere with fine dining quality cuisine. Roister (a sister restaurant to Alinea) is just down the street and also has the casual atmosphere/top notch food combo down. Excellent food doesn’t need to be pretentious anymore and I could not be happier! 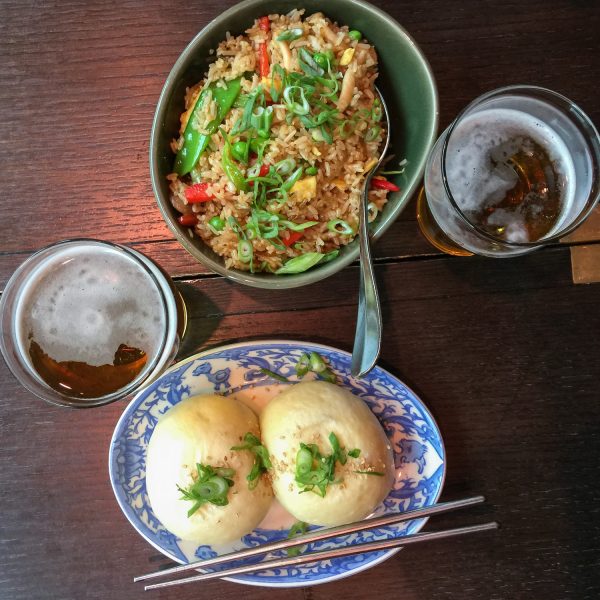 Duck Duck Goat is the third restaurant in the Stephanie Izard West Loop restaurant empire. Izard gained fame for winning Top Chef, and opened her first restaurant, Girl & the Goat shortly thereafter. The massively popular restaurant is eight years old and remains of the hardest reservations to get in the city (I hear the thing to do is to scoop up canceled reservations during snow storms). Next, she opened Little Goat, a diner that specializes in serving diner food with modern and sophisticated twists. Little Goat also has its own coffee shop and bakery attached to the restaurant.

Duck Duck Goat serves both dim sum and traditional Chinese cuisine. The name is fun, the logo is cuter. I love how it is displayed on their beer glasses. One thing that particularly impressed me is how unfazed they were about two tricky food allergies. One of my friends has a nut allergy, while the other is allergic to shellfish. When our server heard this she brought a specific shellfish-free menu to the table – have you ever heard of such a thing?! The chef was very accommodating when it came to removing nuts too. 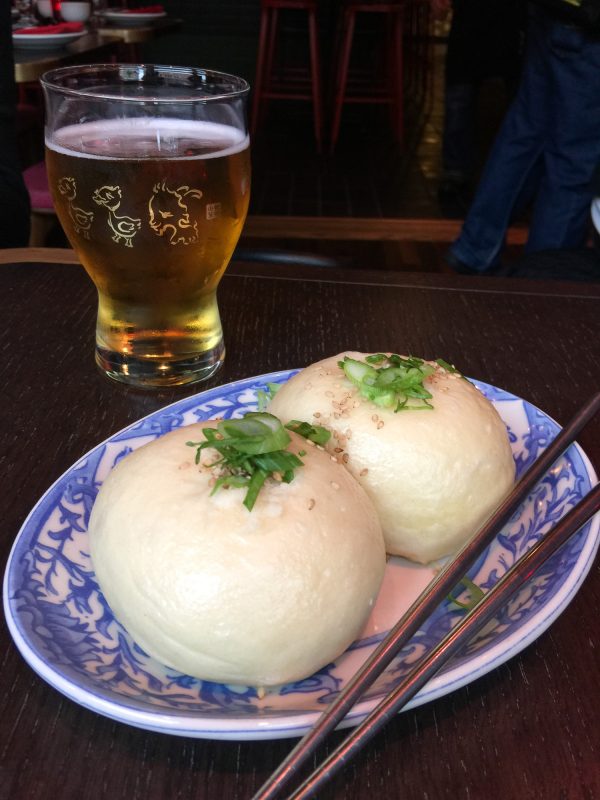 When it was time to order, we really went for it. We ordered a mix of items from both the dim sum and regular menus. The char siu boa consisted of super tender shredded pork in a sweet barbecue sauce stuffed inside pillowy boa buns. 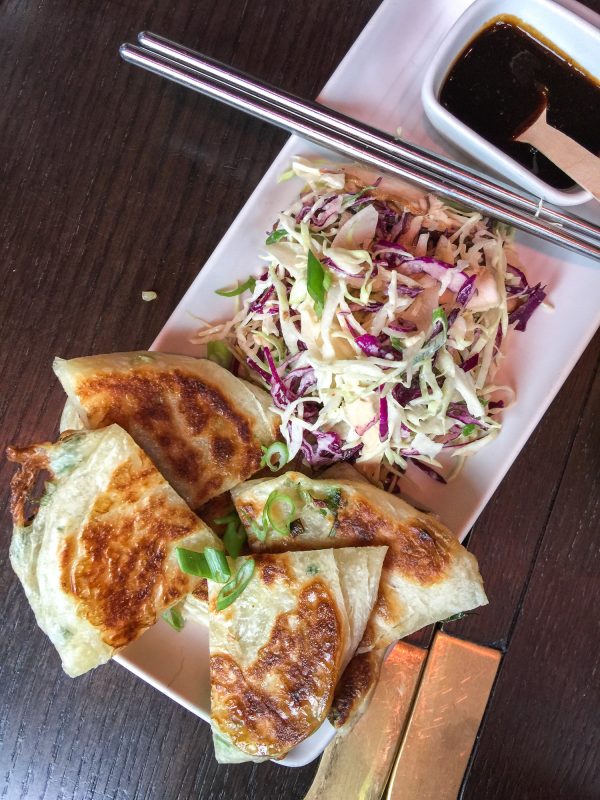 Jenny and I were excited to see scallion pancakes on the menu, while Jocelyn was unfamiliar with them. Scallion pancakes aren’t easy to find in Chicago, but oh how I love them. These were nice and crispy and the hoison sauce had a rich umani flavor. Jocelyn has since become a scallion pancake fan. 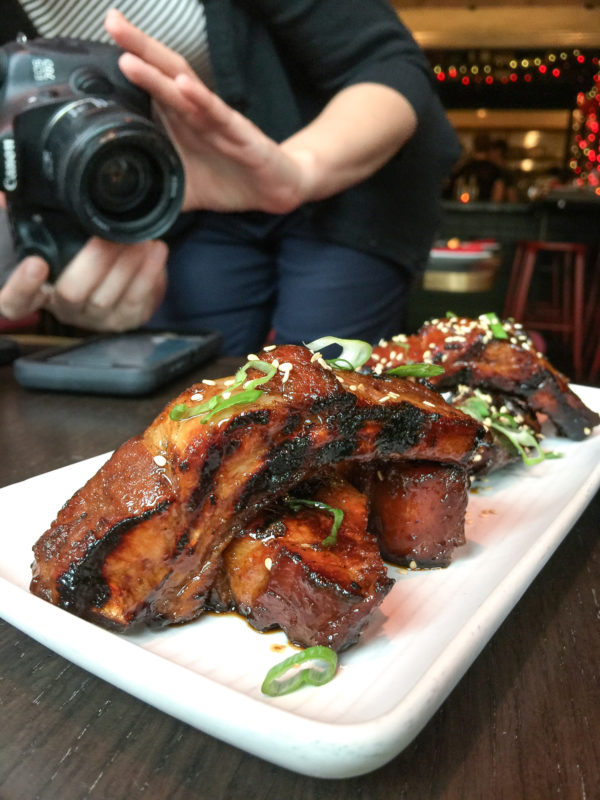 The wood-fired char siu ribs come slathered in barbecue sauce and have a bit of crunch on the outside but the meat remains tender. I love the sweetness of the char siu barbecue sauce, but I could see that it might not be for everyone. I did wish that the ribs had a little meat on them – I wanted to eat more of it. 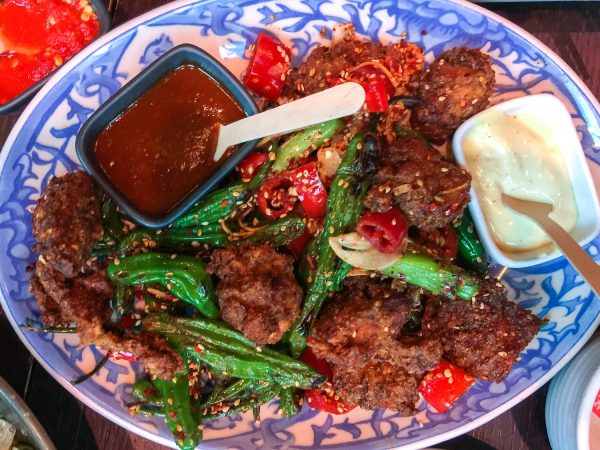 The Chongqing Chicken was crispy fried chicken in a chili sauce that came served on a bed of shishito and spicy peppers. I thought it had just the right amount of hot heat. 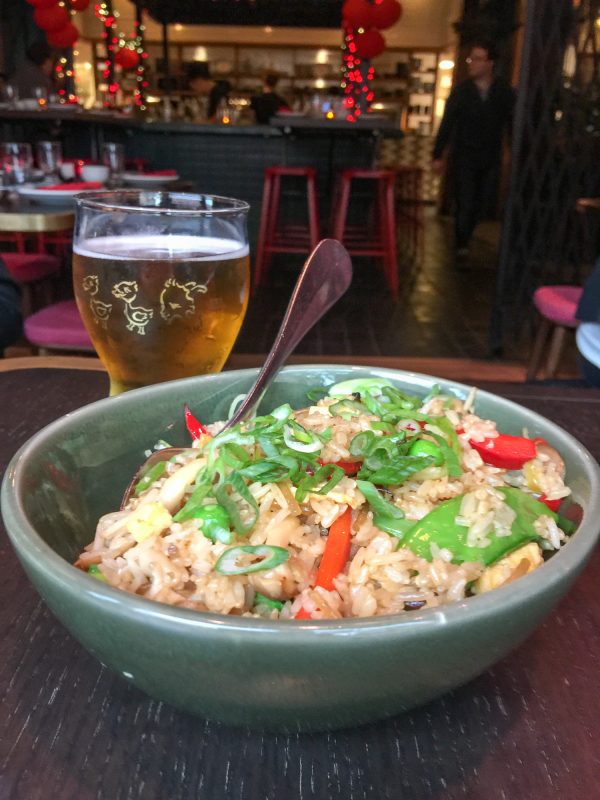 We had the veggie fried rice made without the almonds, and I loved that it had glass noodles in it along with the rice. The chunks of bell pepper and pea pods gave a nice texture to the dish. 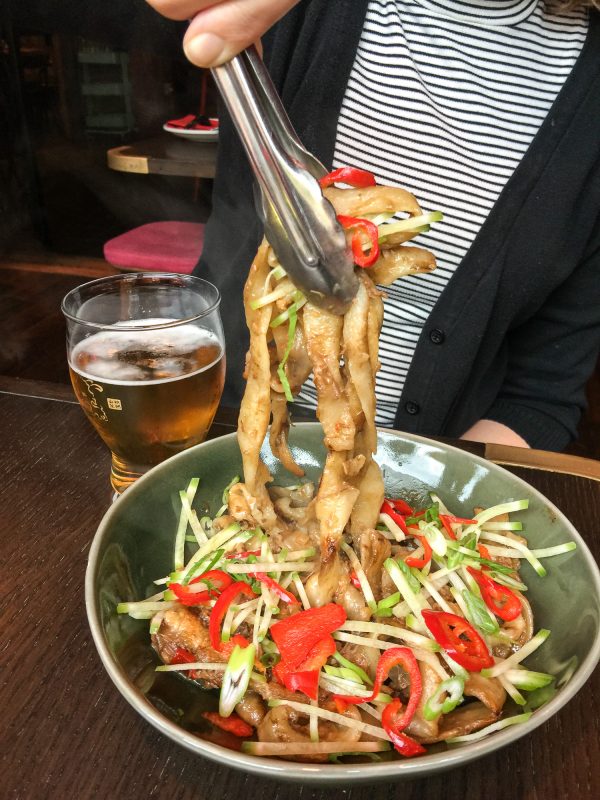 The Beef Slap Noodles were my favorite. These noodles are made by hand pulling the noodle and slapping them against a table. They are thick and soak up the rich sauce that is loaded with chunks of short rib that is so tender it falls apart.

We were stuffed, but I was already eager to return to taste more of the menu. Our final bill was $60 per person including tip. While it might a little bit cost more than your typical Chinese restaurant, the food was outstanding and the atmosphere makes Duck Duck Goat the ideal place for a dinner with friends.