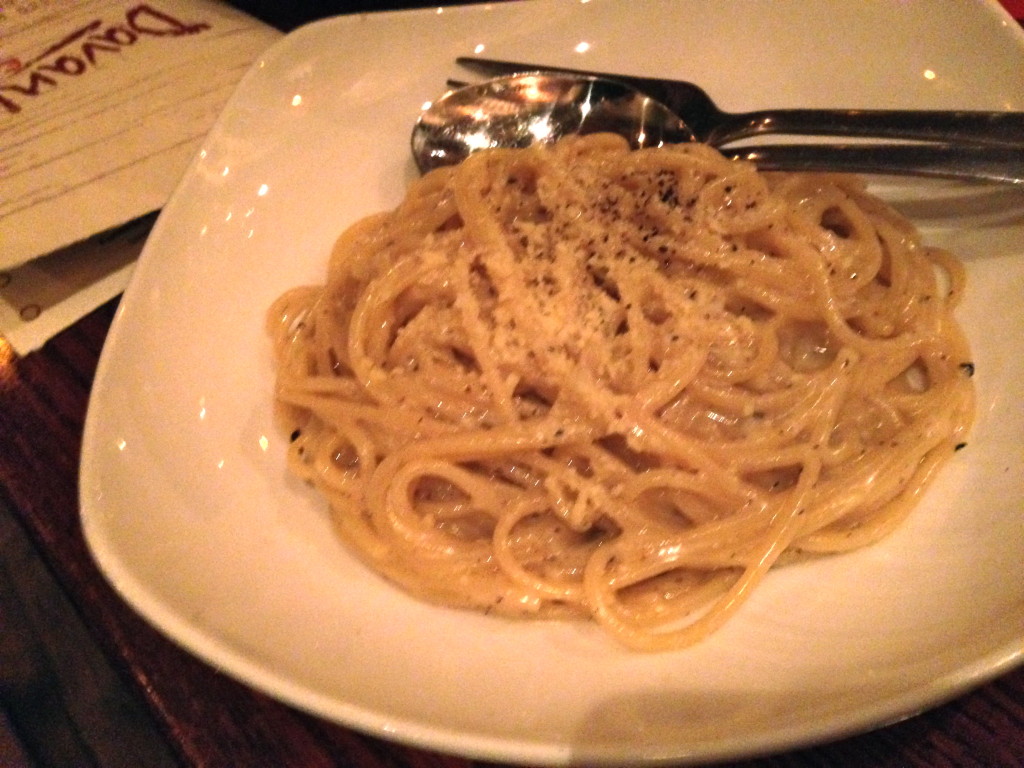 After spending a year on my list of restaurants to try, I finally made it to Davanti Enoteca in Chicago’s Little Italy. One day my friend Lauren and I were talking about how we both had been meaning to go there – and we decided to go together. We had a wonderful meal and Davanti Enoteca proved that it is the best Italian restaurants in Chicago. Together we tried several items on the menu, and I am already looking forward to going back. You can check out Lauren’s review on her blog. 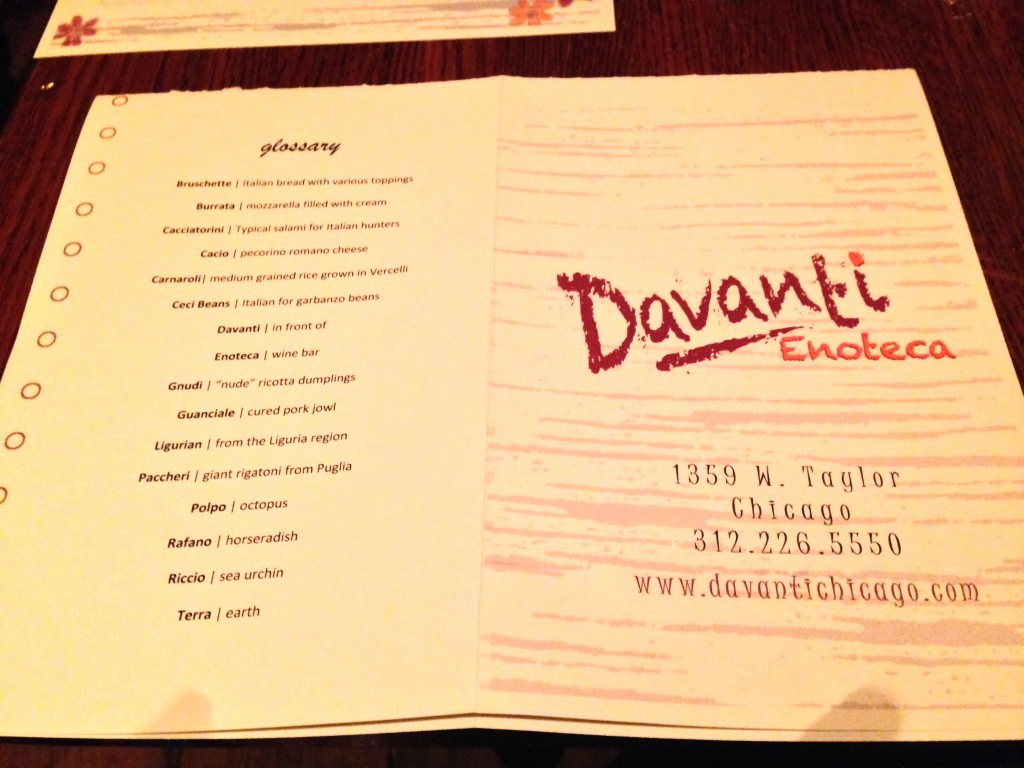 Davanti Enoteca’s instantly won me over with their glossary page on their menu. Even foodies get confused from time to time, and I always feel awkward googling food definitions with my phone. The glossary includes terms like burrata along with the words Davanti and Enoteca, and I learned that the name of the restaurant literally translates to “in front of the wine bar”. 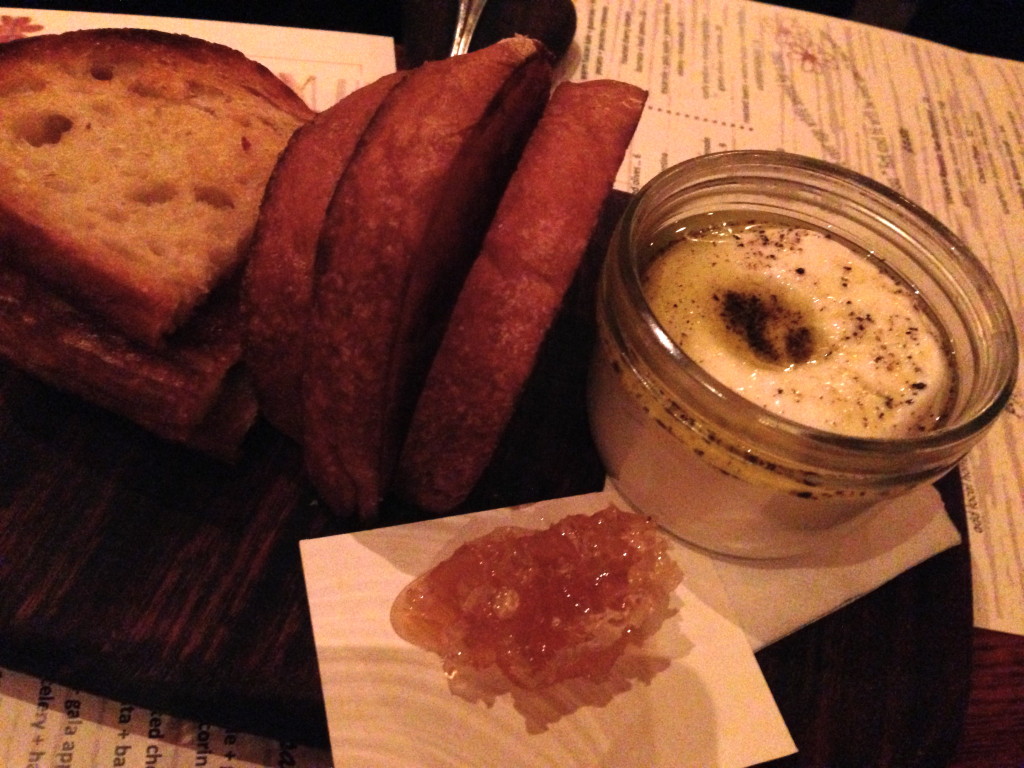 We started things off with the homemade ricotta with honeycomb. We knew we would order this before we even looked at the menu. We had both heard from several people that this was something we absolutely need to try, and it lived up to the hype. The waiter recommended that we stir the honeycomb into the ricotta, which we did. The honeycomb dissolved into the ricotta, creating swirls of sweet honey. The bread was fresh and lightly toasted. As soon as we were running low on bread the waiter came over with more. Little gestures like this mean a lot to me, I don’t like it when I run out of bread for a dish and have to ask for more. 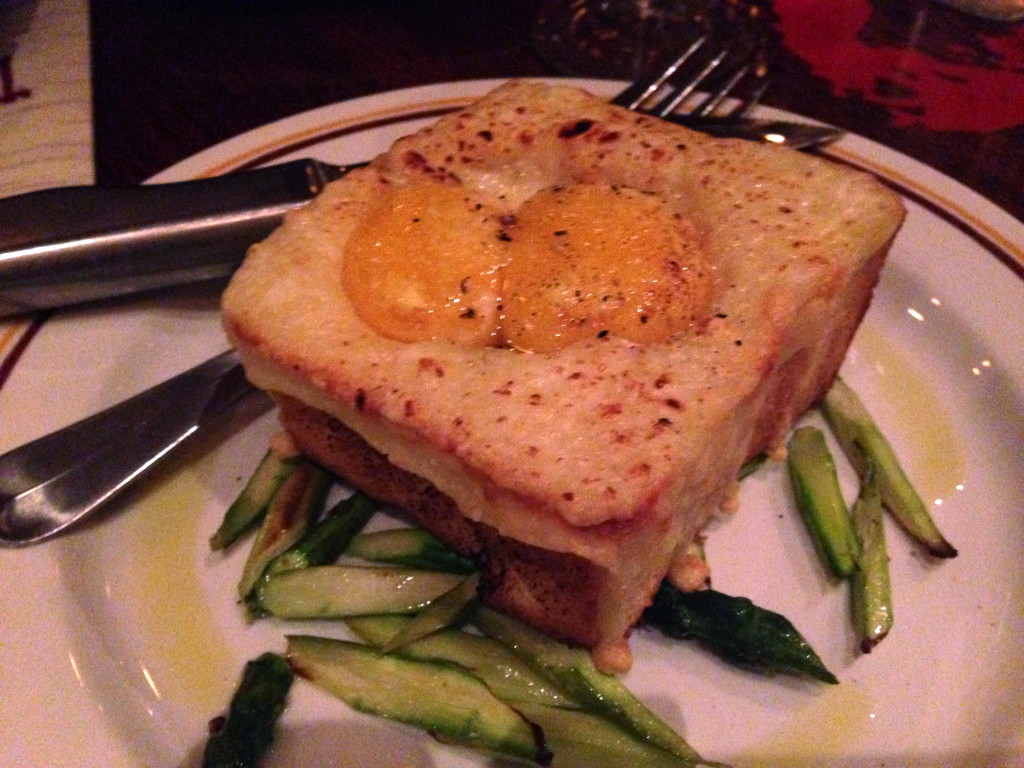 We also tried the truffle egg toast. Sometimes restaurants go overboard with truffles, but this had just the right amount. The toast was thick, two eggs were cooked in the middle, and fontina was melted over the top. Thinly sliced asparagus was served on the side. This was a unique dish, and something I would order again. I am a little surprised it isn’t on the brunch menu; it would be a fun brunch. 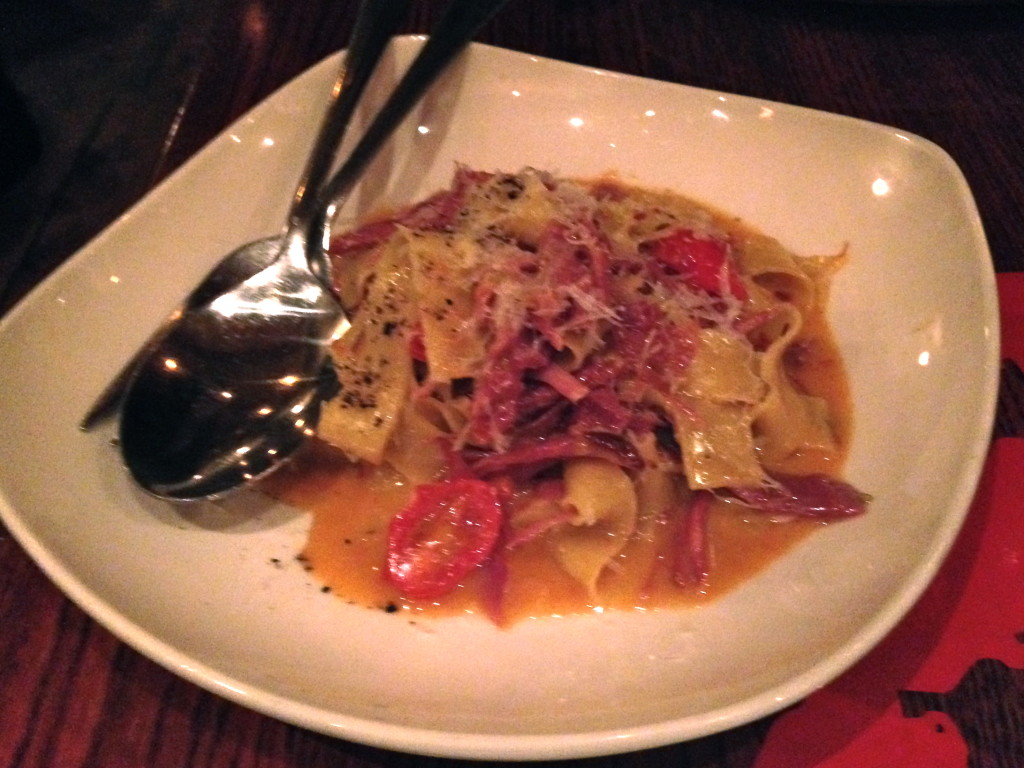 Then we tried two pastas. The cacio e pepe (pictured at the top of the post) was phenomenal – there is no other way to describe it. You know when you take your first bite, close your eyes, and just focus on the symphony of flavors hitting your taste buds? Davanti Enoteca’s cacio e pepe is one of those dishes. It is the one thing you absolutely order.

We also had a pasta with ham and tomatoes in a light cream and red pepper sauce. I never order ham in a restaurant, but this intrigued me. The ham was fall apart tender, something I had never experienced before. The sauce was light but it had a kick of spice. It was completely different from the cacio e pepe, and it provided a nice contrast. 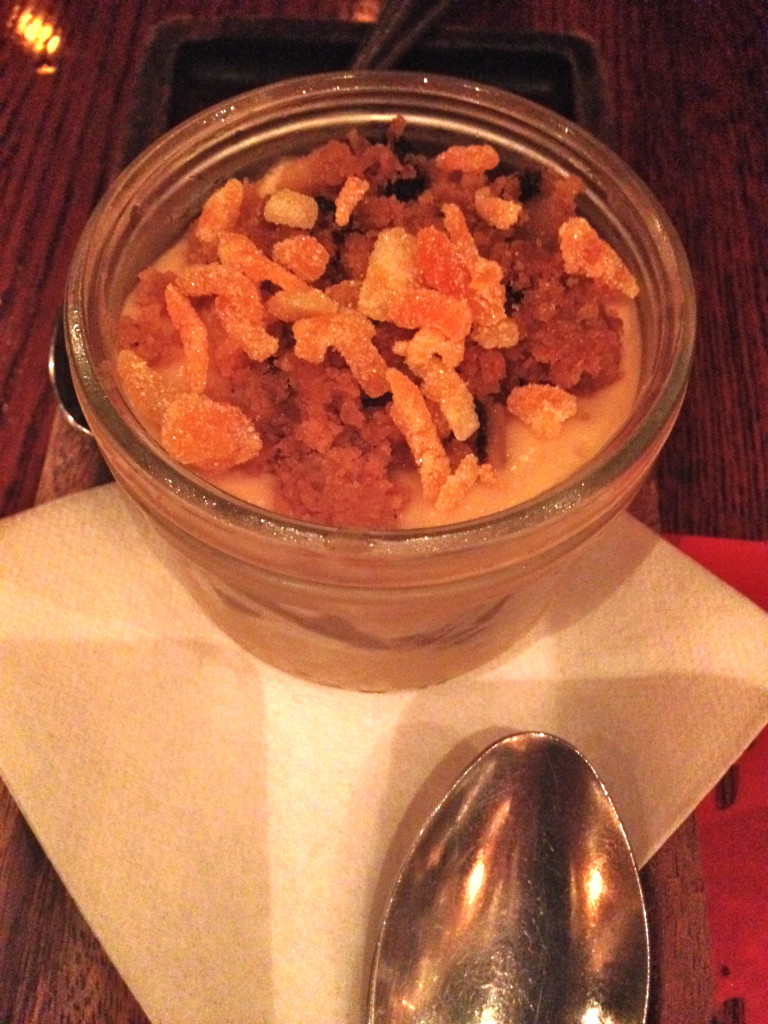 We finished things off with a pumpkin cake with mascarpone cream and green apples. It was sweet, but not overly so, and it had nice fall flavors. I liked that they combined pumpkin and apple. The apple added some nice texture. If you want to try this you need to head to Davanti Enoteca soon, since it is a seasonal menu item.

Our total bill with tip, and a $50 bottle of wine, was $66 per person including tip. Granted, we ordered a lot of food – probably more than most people. I very highly recommend Davanti Enoteca. They do have two locations, but I suggest you go to the original Little Italy location.