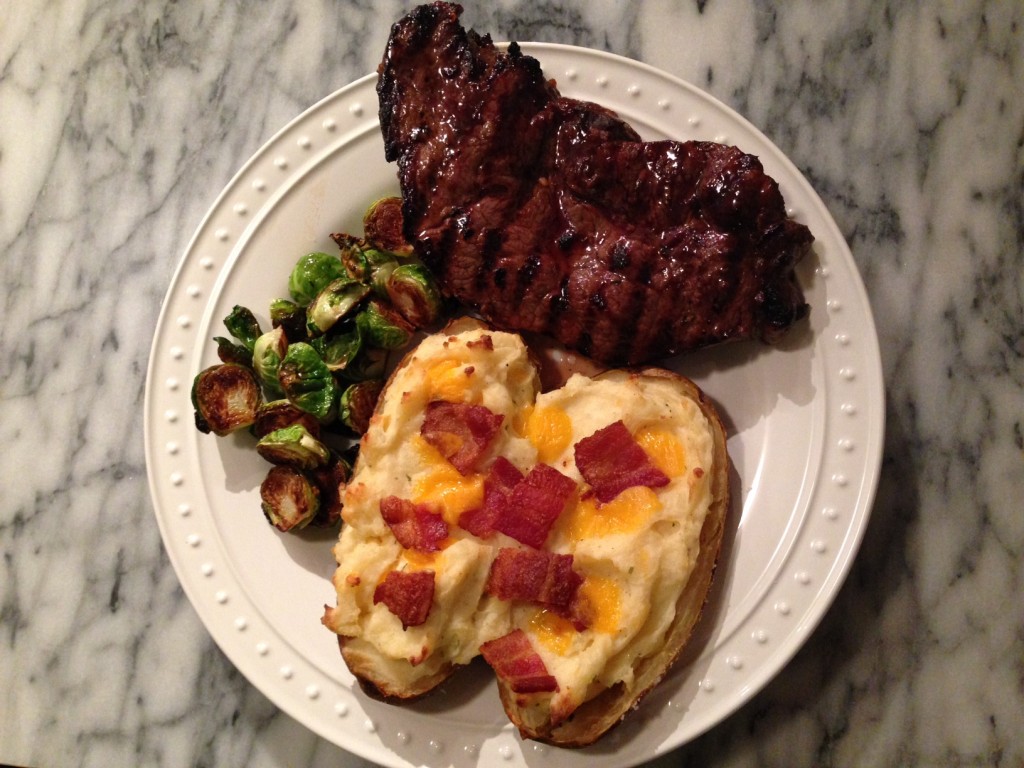 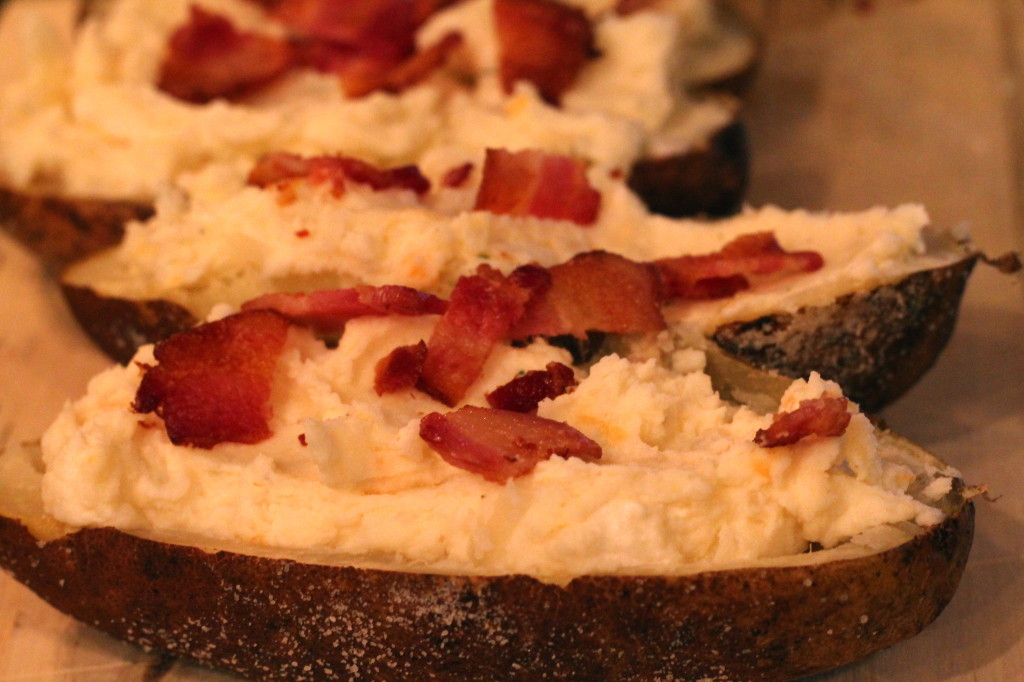 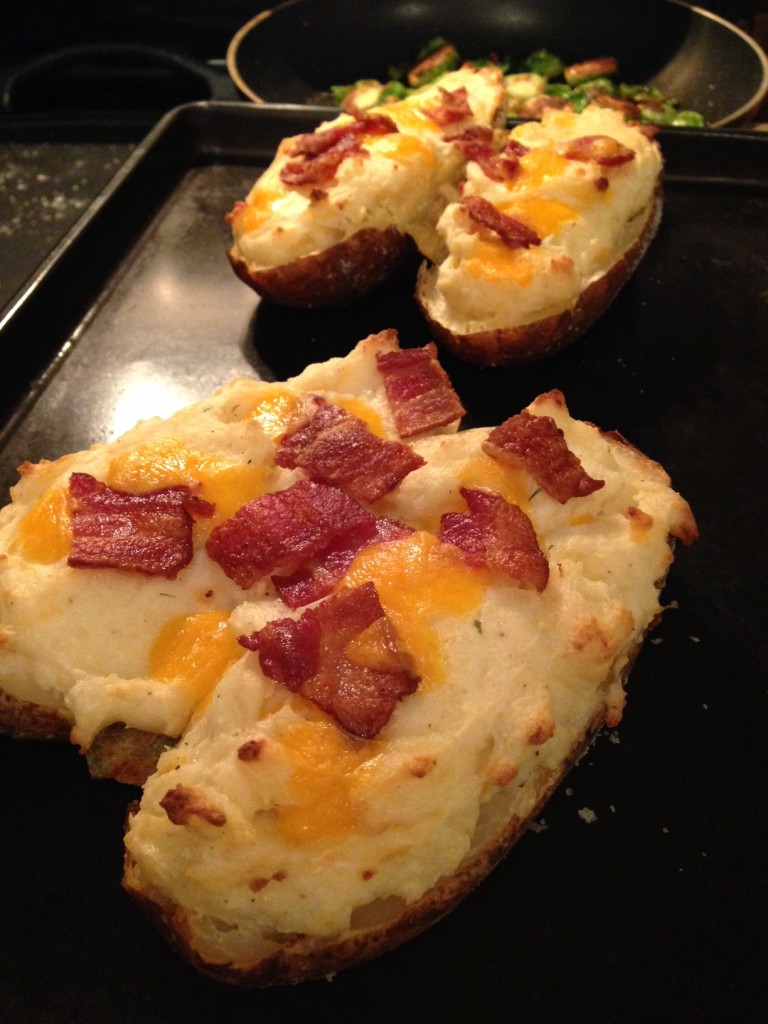 Step 1:
Preheat your oven to 400 degrees. Throughly wash the potatoes and use a paper towel to dry them off. Then use a knife to poke about 4 holes in each potato using a sharp knife. Rub butter all over the outside of the potatoes. This will make the skin nice and crispy. Then generously salt the potatoes. Bake for about 45 minutes, or until the potatoes are soft. I used very large potatoes. A medium sized potato would probably cook in 30 minutes.

Step 2:
Place the the bacon on a baking sheet lined with aluminum foil. Bake along side the potatoes for about 15 minutes, or until slightly crisp. Blot the excess grease with a paper towel. You do not want the bacon to get too crispy, since it will be baked again on the potato.

Step 3:
Remove the potatoes from the oven. Slice the potatoes in half. Let them cool for a couple minutes. Then scoop out most of the inside of the potatoes, and place the scooped out potato in a bowl. You want to start by scooping out the very center of the potato and then working out. Scoop out as much as you can without the potato loosing shape. Leave about 1/4 an inch of potato on the skins.

Step 4:
Add the goat cheese, cheddar, colby, cream cheese, sour cream, salt, pepper and 1 tablespoon of butter to the bowl with the scooped out potato. Use a fork or potato masher to mash all of the ingredients together. Then scoop the potato back into the potato skin.

Step 5:
Chop the bacon and sprinkle it over the top of the potatoes. If you want, you can add a little more cheese on top. I did this, but mostly to make the photos look better. Return the potatoes to the oven and cook for another 15 minutes to heat them up again.