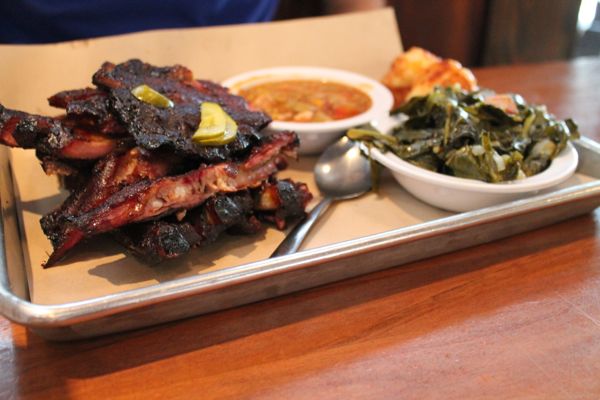 We explored many restaurants while we were in Charleston last month. I have already told you all about Husk, and High Cotton, and today I am writing about Nick’s on King Street. I will admit that this place is more touristy than I usually go for, but I enjoy the laid back rustic atmosphere and the Southern soul food hits the spot.

I discovered Nick’s during my first trip to Charleston in 2007 when I was in grad school at Sotheby’s Institute of Art. My class traveled to Charleston to attend an antiques conference, and we arrived in Charleston tired and hungry. Once we had checked in to our hotel, most of us went to the first restaurant we could find, which was Nick’s. We were all pleasantly surprised by the generous portions, the classic Southern cuisine, and the reasonable prices. We ate at Nick’s multiple times during our trip (the affordable prices were very appealing to grad students). 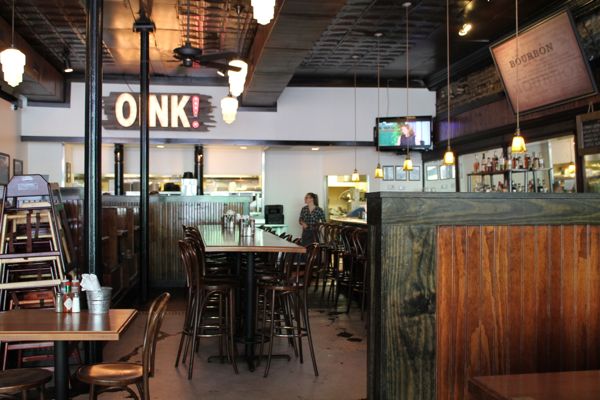 Charles made all of the arrangements for our Charleston trip, and Nick’s wasn’t on the original itinerary, but I insisted that we go, and it was just as delicious as I had remembered. Nick’s is very casual, your order and pay at the counter and then your food is delivered to your table. We arrived shortly after they opened for the day so we received a table no problem. By the time we left 45 minutes later, there was a line out the door. For the rest of the day there was a crowd of people on the sidewalk waiting, Nick’s is a popular place. 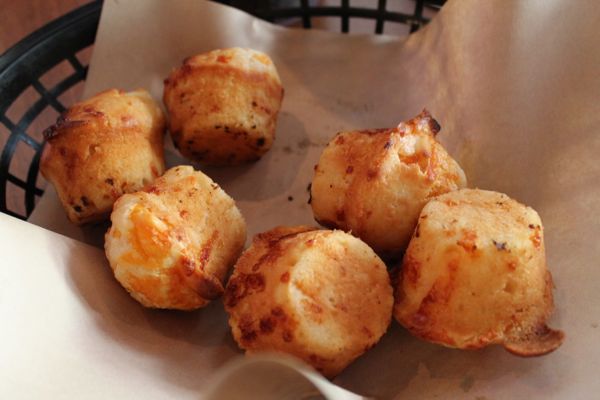 We began our meal with and order of the cheesy cornbread, which is come of the best cornbread I have tried (and it was far superior to the cornbread at the much fancier and more expensive Husk). Cornbread can be dry and crumbly, but this cornbread was moist and cheesy. The portion was large, but we ate most of it. 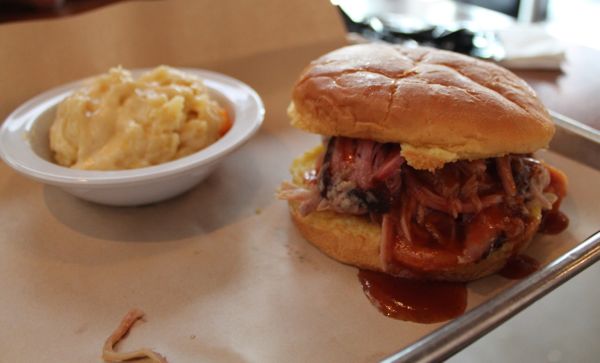 Charles said he wasn’t very hungry, so as he explained, he “only” ordered a half rack of ribs. (Because he considered that to be a snack). The ribs were slow cooked until they fell apart. For a guy from London, Charles loves collard greens and okra soup and he gobbled up every bite of both. I had the pulled pork with a side of macaroni and cheese. The tender shredded pork was drown in barbecue sauce, and the macaroni and cheese had a thick creamy sauce. The food is the classic Southern food that you expect to have when you visit the South.

Nick’s is located on 288 North King Street. The restaurant is part of a chain, and the list of locations is available here. Nick’s is a great place for family’s and large groups.