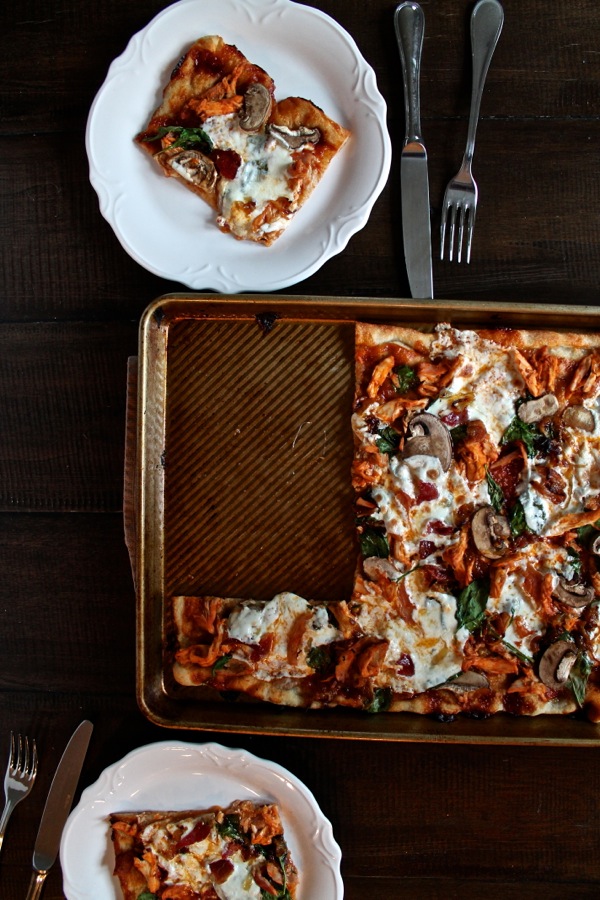 You know those Sunday nights when you are completely exhausted from doing so much over the weekend? (And perhaps a little hungover after a late night at Three Dots and a Dash?) That’s where this Buffalo BBQ Chicken Pizza comes in. With the help of a few shortcuts, and pre-made pizza dough, this meal comes together quickly, which ideal for a lazy Sunday. 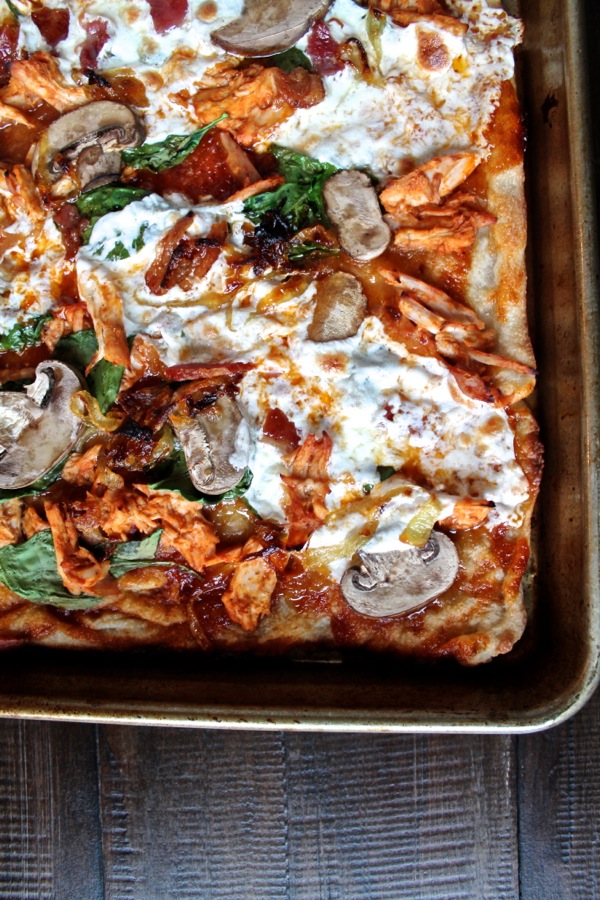 Instead of using tomato sauce, I used a spicy Buffalo BBQ sauce. This is easy to make at home. Just combine Buffalo Sauce (like Frank’s Red Hot) with BBQ Sauce. I recommend a 50/50 mix, but you can adjust the proportions to make it milder or hotter based on your preference. Charles loved how the sauce had a serious kick of heat that built as you ate more. I added lots of mozzarella to tone down the heat, while caramelized onions added a hint of sweetness. I know you will save time if you skip caramelizing the onion, but it just adds so much depth of flavor. I also added mushrooms and spinach because I think those ingredients belong on all pizzas. 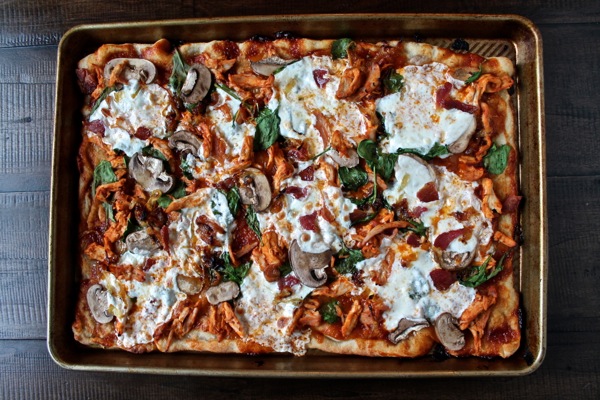 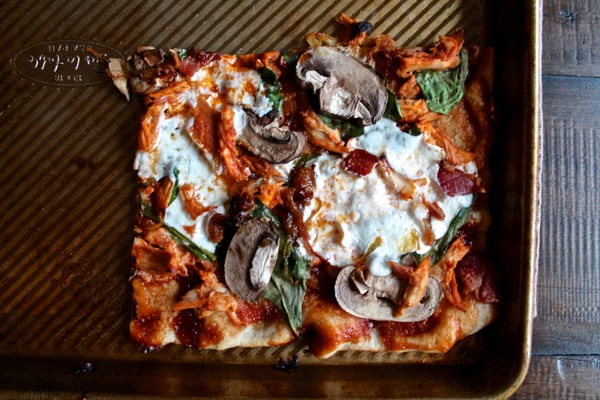