Bourbon Eggnog is the ultimate holiday season treat. It’s so rich and creamy, and it also has a little kick of booze. 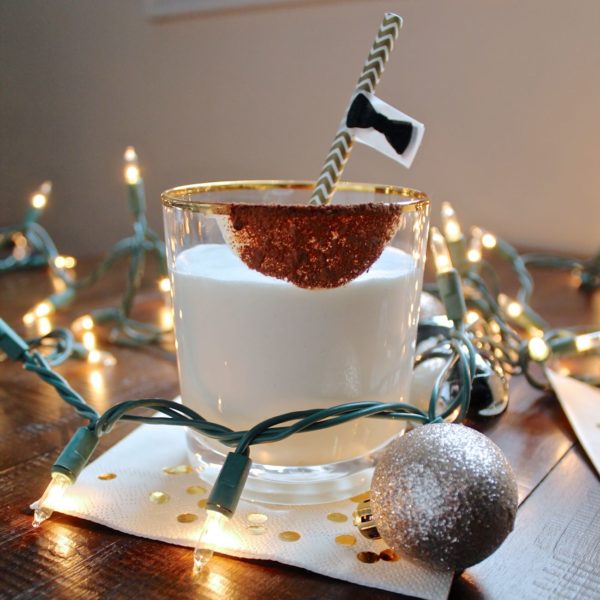 Bourbon Eggnog is a great indulgence to serve at a party. Plus the fact that so few people have had homemade eggnog makes it extra special. Homemade eggnog is thicker, creamier, and more flavorful that the stuff sold in a carton at the grocery store. I promise that this is worth the extra effort.

This is the same recipe that my Mom has been serving at our family’s Christmas Eve party for decades. We get to have it once a year, and it is something that everyone looks forward to! 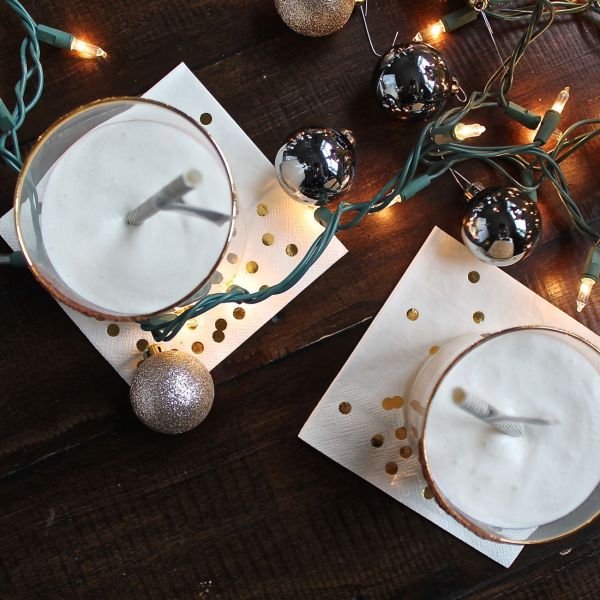 The thing about eggnog is that, as the name suggests, it is made with raw eggs. I make eggnog with Safest Choice™ Pasteurized Eggs since the pasteurization process eliminates the risk of salmonella in the eggs, which gives me piece of mind. 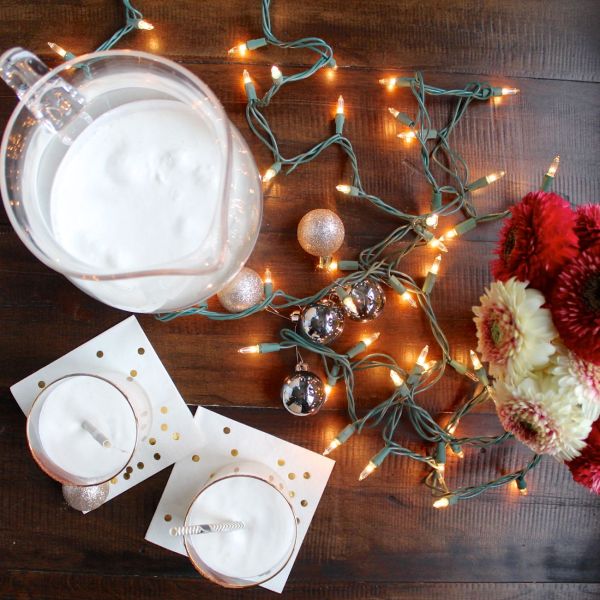 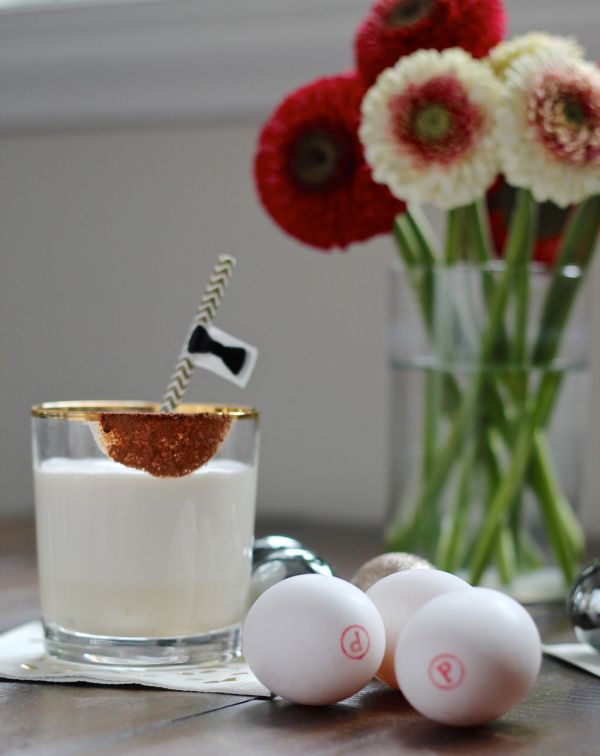 If you want to learn even more about making eggnog you can participate in the Safest Choice™ sponsored #FoodieChats chat on Monday, December 7 from 7-8:30pm CT. I am excited to join several other food bloggers to talk all about ‘nog. And you can enter the #SafeNogPhotoContest by tagging any of your Instagram photos that show holiday prep, baking, or cooking with #SafeNogPhotoContest. 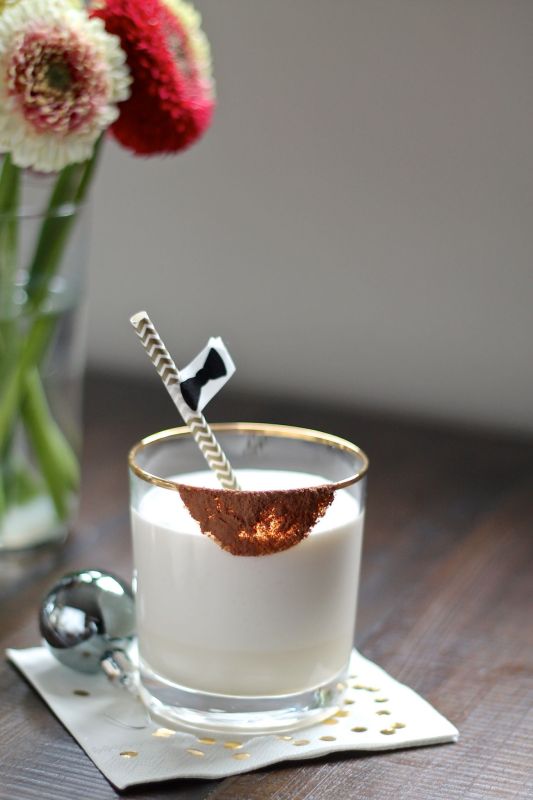 This recipe makes enough to serve 4-6, and it can easily be doubled. Leftover eggnog makes wonderful French Toast, so you might want to make a little extra eggnog on purpose. 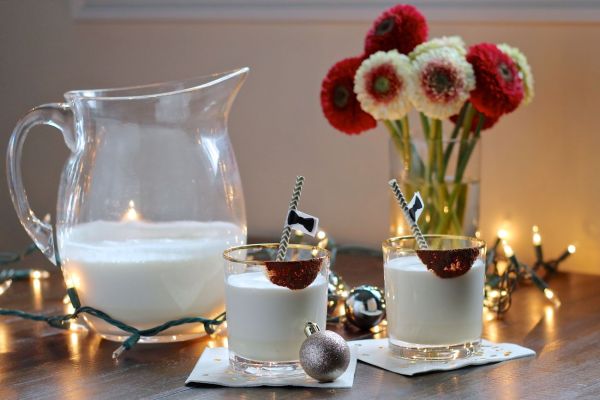 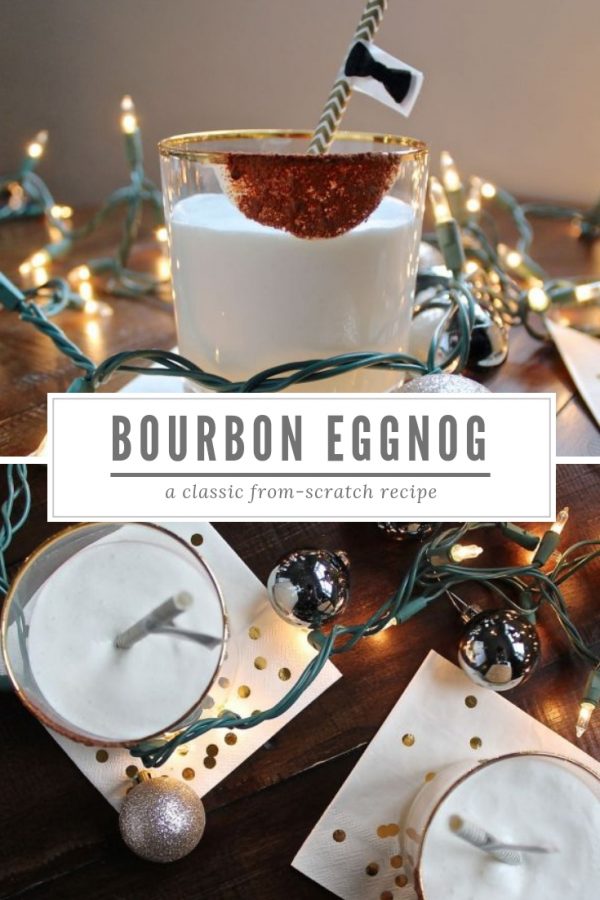 How to Make Bourbon Eggnog: 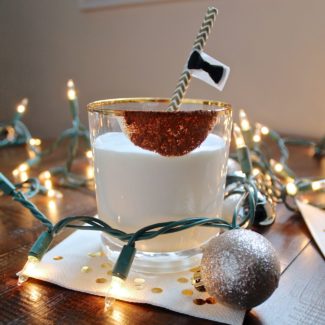 This post is sponsored by Safest Choice™ Eggs. The opinions expressed are my own.