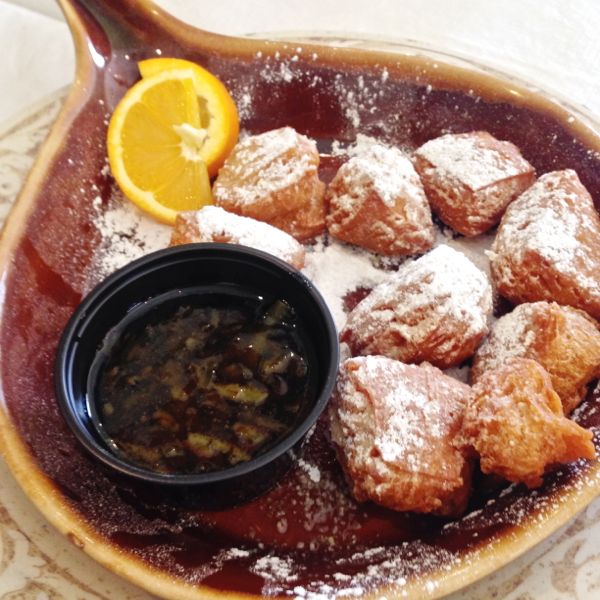 Brunch is usually a special weekend treat. Brunch on a Tuesday? That doesn’t happen very often for me, but when I was in Birmingham I had a pleasure of brunching at Another Broken Egg. Southerners do brunch right, let me explain why. Biscuits, grits, sausage and gravy – the South takes brunch to another level and my meal at Another Broken Egg was a fantastic Southern brunch experience.

We noticed biscuit beignets on the menu and got two orders for our group. Beignets are small lightly fried doughnuts served tossed in powdered sugar, and I imagine you understand what biscuits are. When you combine the two, you get something even better. The biscuit beignets were flaky and a bit doughy on the inside, but crisp and fried on the outside. They were little nuggets of deliciousness served with a sweet honey orange marmalade for dipping. 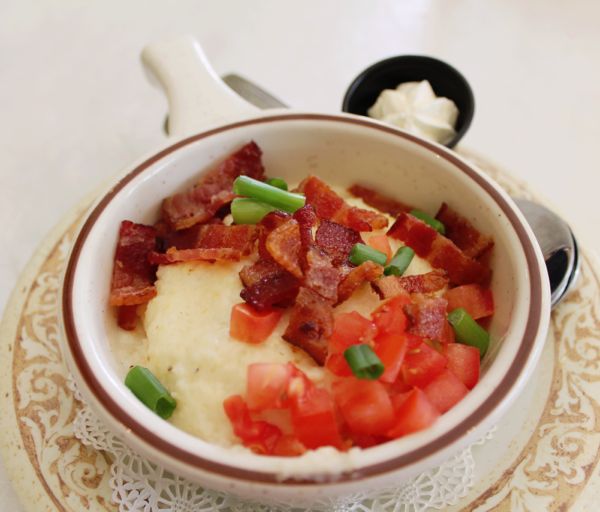 Then Kelley and I tried the city grits – cheesy grits topped with bacon, green onions, and tomatoes. While some of our fellow bloggers preferred the sweet blackberry grits, Kelly and I think that grits should be savory and cheesy. These grits might have been even better than the grits at SAW’s. The texture was smooth and creamy, and the bacon crispy. 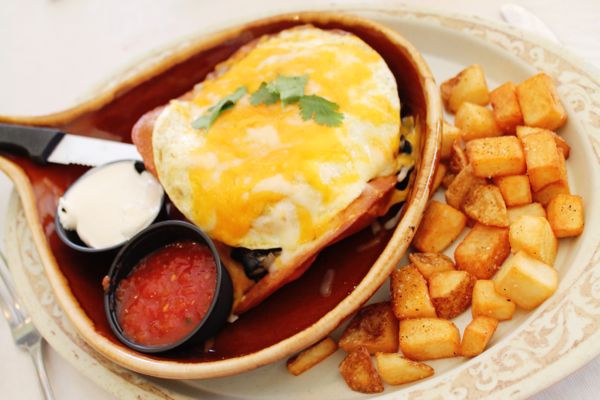 The brunch menu at Another Broken Yolk is extensive, and it was hard to make up my mind. The Fried Greed Tomato BLT was very tempting, but I went with the Huevos Rancheros and it was a solid decision. Two over medium eggs were served over black beans and crispy crunchy fried tortillas and topped with cheese with salsa and sour cream on the side. While the breakfast potatoes don’t look like much in the photo, let me assure you that they are mightier than they appear. The potatoes had a nice crispness and were seasoned with the perfect amount of salt – when it comes to preparing potatoes adding enough salt is key.
It was a hearty Southern brunch that kept me full for hours. Another Broken Egg handled our group of 11 women with ease, and the service was speedy. I went to the Another Broken Egg located at 2418 Montevallo Rd in Mountain Brook, AL (next to Birmingham). There are many other locations all over the US.

This place looks so delicious! You have me wanting to venture down to AL now!