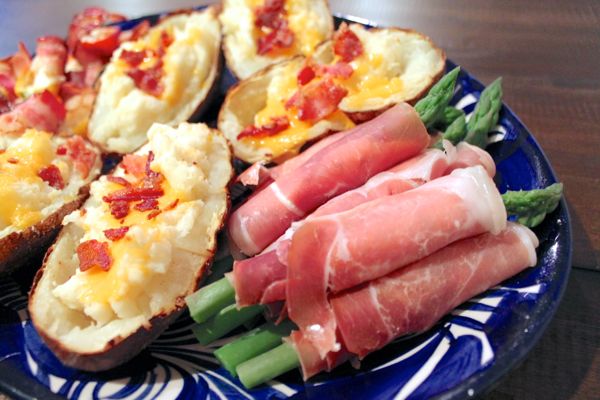 Football season is in full swing, and the weather has gone from chilly to cold. It is the time of year when I just want to hibernate. I’m a very social person, so although I don’t want to leave my home, I still want to see my friends. I have learned that food is the most effective way to get people to come to you.

This weekend I discovered that the best place to stock up on groceries for a crowd is Aldi. I am collaborating with Aldi, and I stopped there over the weekend to stock up on a few things. Since Sunday Football had taken over the tv at my place, I was inspired to create a football themed menu for the evening. I headed over to the Aldi located at 1836 North Clybourn Avenue in Lincoln Park, which is just a short bike ride from my home. Upon arriving at the store I first noticed how calm and organized it was. Chicago’s grocery stores have a tendency to be hectic, overcrowded, and disorganized, and shopping at these stores can be a frustrating and time consuming chore. Aldi was quiet, efficient, and well stocked. I was excited that Aldi had everything on my list, plus some of my favorite name brand products. I have been fighting a nasty cold, and Naked juices are an important part of my cold fighting routine. I paid only $3.99 for a large juice, which is a great deal and about $1 less than other stores. Maybe it will be just the thing I need to kick the cold for good. 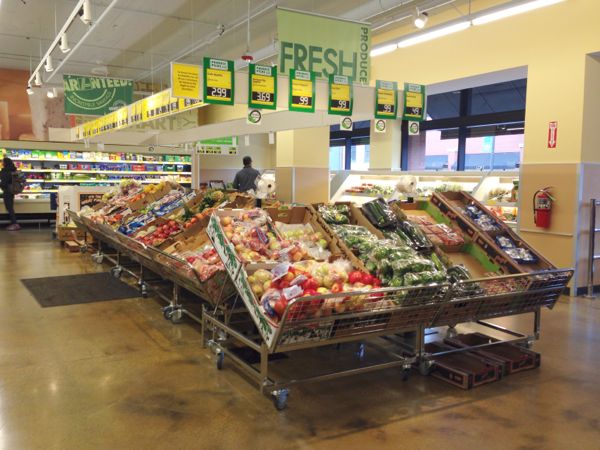 I left the store with a big bag full of groceries, and I only spent $33. My grocery haul easily would have cost twice was much at other Chicago grocers. I left the store with everything I needed to prepare a trio of appetizers, each involving meat and cheese – apparently meat and cheese are what comes to mind when I think for football. One of the most noticeable differences between Aldi and other stores was that the meat prices are much lower. $33 was a remarkable bargain for all the ingredients for three different appetizers, plus some other snacks and essentials. 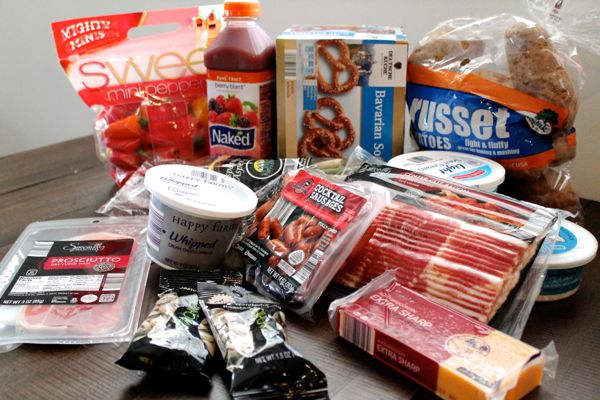 The first appetizer was twice baked potato skins. I buttered and salted the potatoes, baked them for 1 hour at 400 degrees, then sliced them in half and scooped out the center. Then I mashed the scooped out potato with cream cheese, sour cream, cheddar, salt and pepper. I scooped the mashed potato back into the skins, topped it with cheddar, baked for another 10 minutes, finished with some crumbled bacon and served. This snack is all the goodness of potato skins and twice baked potatoes combined. 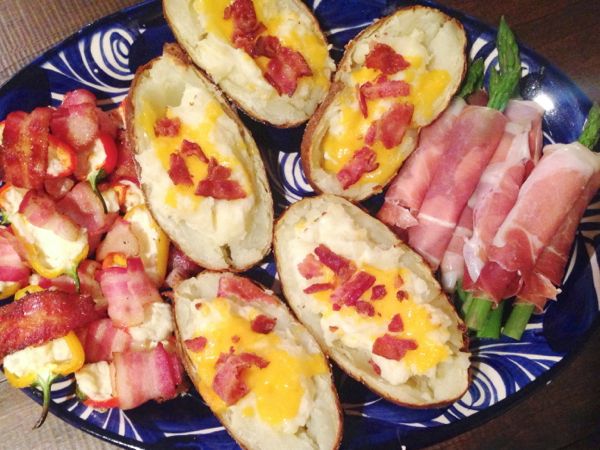 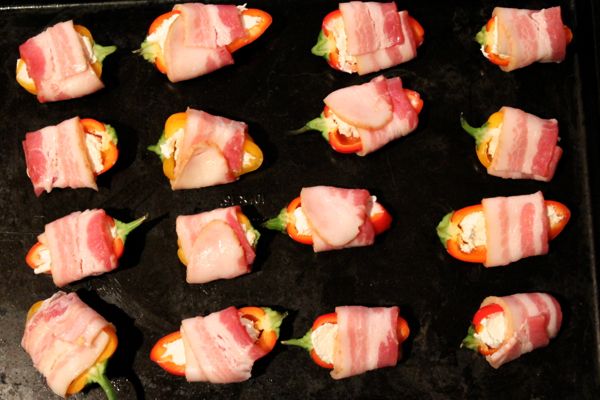 These three appetizers are inexpensive and easy to make, and they are a good fit for the fall. Do you have any favorite football season recipes?

This post is sponsored by Aldi, but as always the opinions expressed are my own.