A guide of what to do in Sardinia, a gorgeous Italian island with history and nature for you to discover. 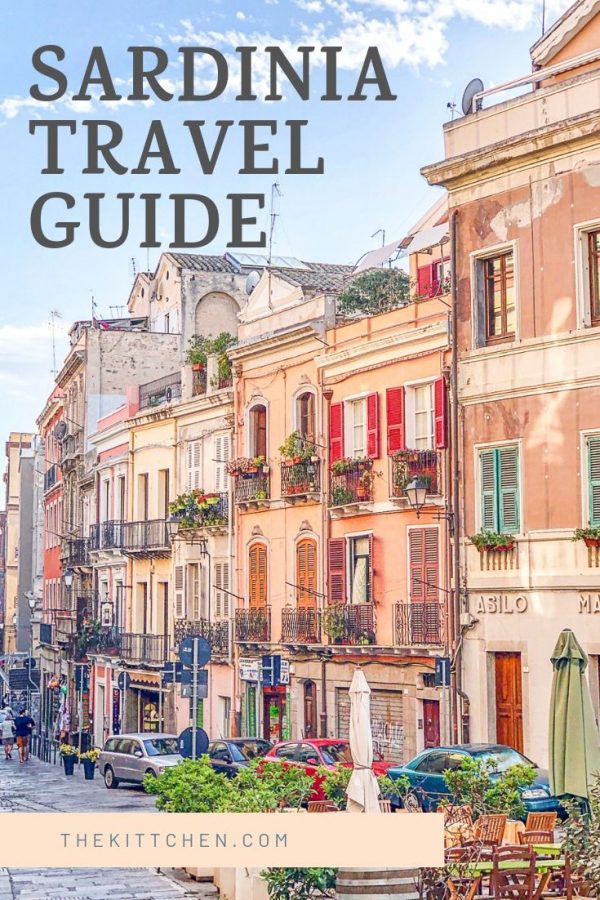 Sardinia island is known for its beautiful beaches with turquoise water, but it is also a place to see ancient ruins, and it’s home to incredible and unique cuisine. I saw ruins that predate the Roman Empire and I tasted foods that you can only find on the island.

I went to Sardinia to join a press trip to learn about Pecorino Romano and I stayed for an extra week so that I could see more of the island and enjoy its beaches. 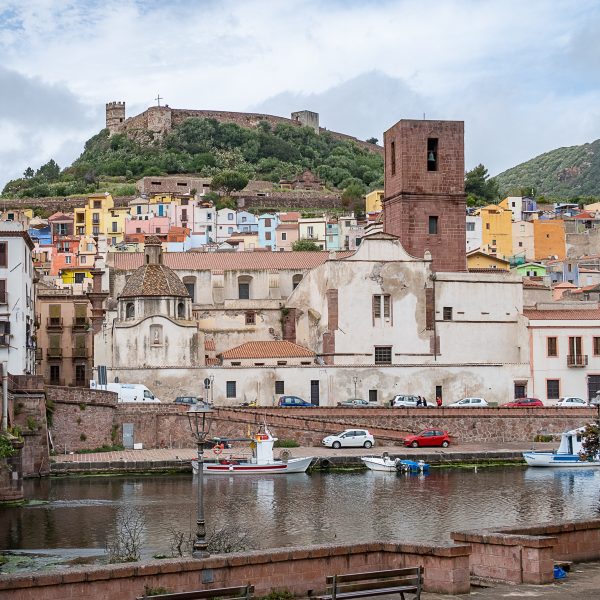 There are three airports in Sardinia. They are in Cagliari, Olbia, and Alghero. It is easy to get flights to Sardinia from London and Rome.

Taxis are expensive and hard to find outside the main cities. You will want to rent a car if you are planning to stay in any of the smaller towns. Since Sardinia is mountainous and rural, things that look close on a map might require more travel time than you would assume.

There is a train system that connects much of the island.

What to do in Sardinia:

Cagliari is the largest city on the island. This city on the southern coast has narrow streets, beautiful architecture, and a large harbor. Go to Cagliari to explore the city before heading to the beaches. There are some beaches near Cagliari, but I recommend heading north to Oblia to spend time at the beach.

Cagliari’s old town has very narrow streets that come alive at night. Most streets close and the restaurants spill into the streets and fill up with people leisurely eating dinner. 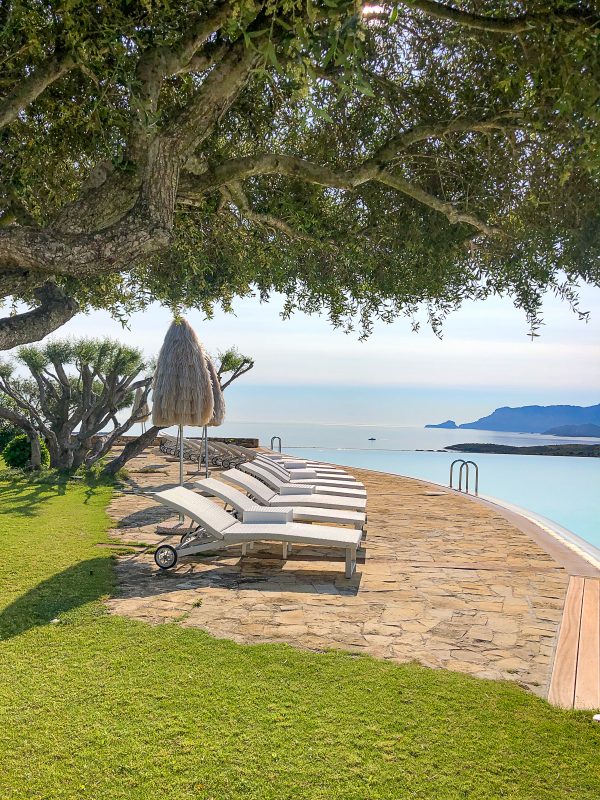 Olbia is on the north coast. Olbia is significantly smaller than Cagliari, but positioned near some beautiful beaches. Olbia is the area where you can find luxurious resorts if you want to pamper yourself. 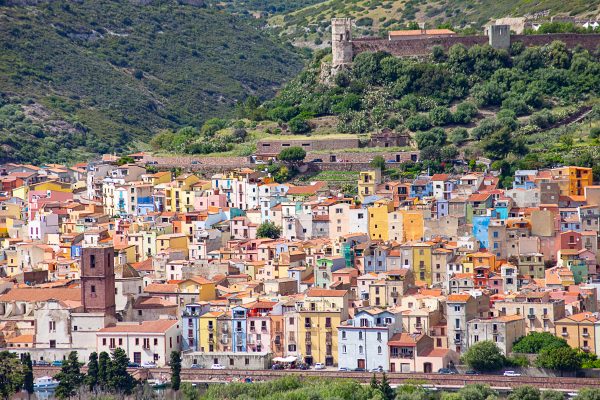 A scenic small city on the coast, Bosa is known for being colorful. After you have walked through the town, you can go to the beach in Bosa Marina.

Sardinia has a long and deep history. The island was inhabited before the time of the Roman Empire and there are still ruins of the Nuragic Age (1900 B.C. – 730 B.C.). 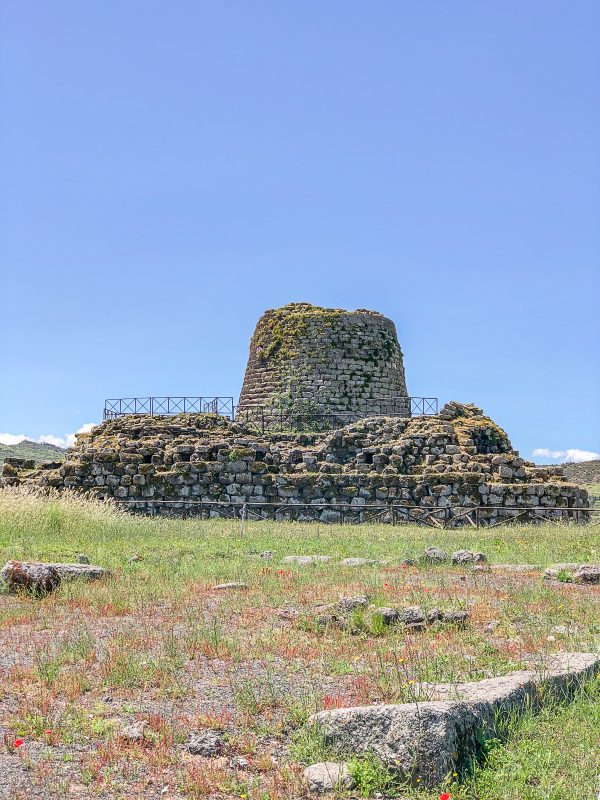 A Nuraghe is an ancient stone tower structure that can only be found on Sardinia. They were built during the Nuragic Age, and their exact function remains unknown. They may have been used as watchtowers, as temples, or royal residences. Some nuraghe are a single tower, while others have multiple towers.

There are nearly 7,000 nuraghe in Sardinia, and if you drive around the island you are bound to see a few. It’s kinda like Starbucks in New York City, you can be at one and see another in the distance.

The Santu Antine Nuraghe is the largest remaining nuraghe in Sardinia and it is in excellent condition. This nurage has three floors, three towers, and three wells. 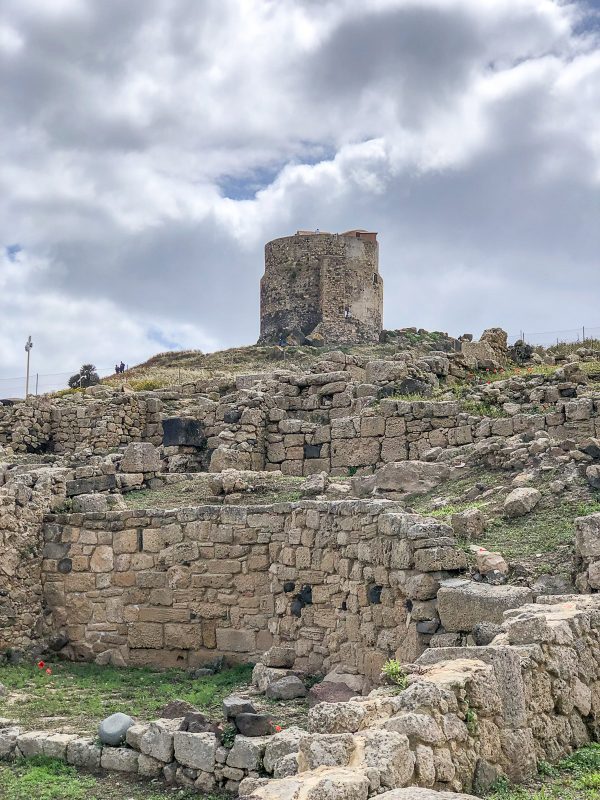 This archaeological site is home to six menhirs, stone sculptures that represent men and women. There are also tombs and nuraghe here. 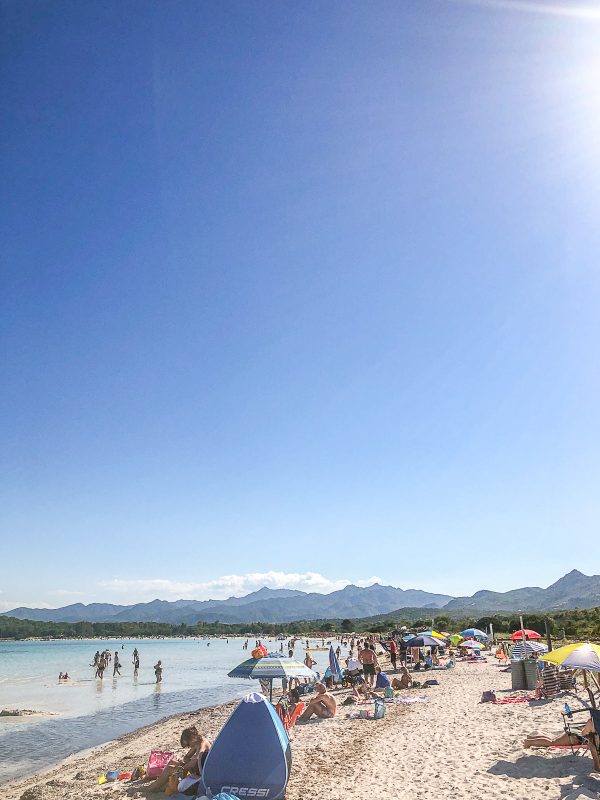 Locals call this beach the Bahamas of Sardinia. This secluded beach is in a large cove with shallow water and views of mountains in the distance.

This beach large beach is in Olbia and has several beach clubs where you can rent beach set ups and eat and drink. The hotel I stayed at in Olbia had a shuttle service to this beach. 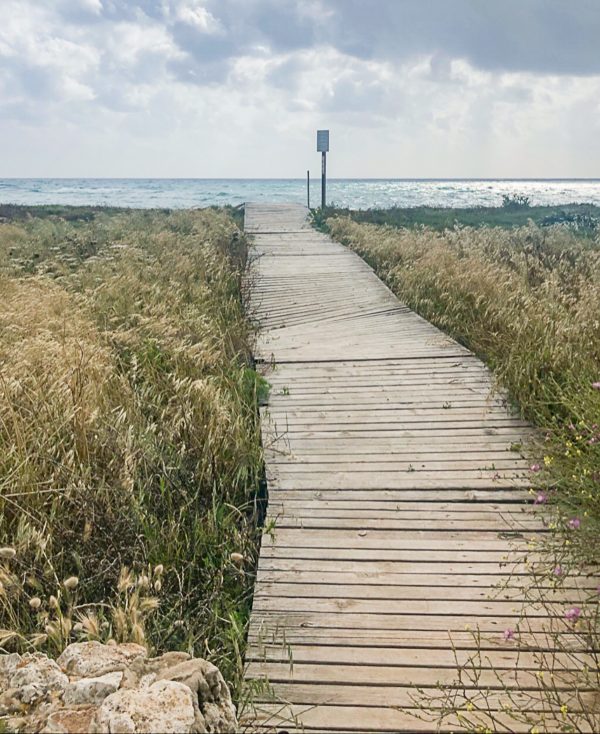 A beach on the center of the west coast of the island known for having very small grains of quartz instead of sand. Our tour guide referred to this beach as “the beach”. 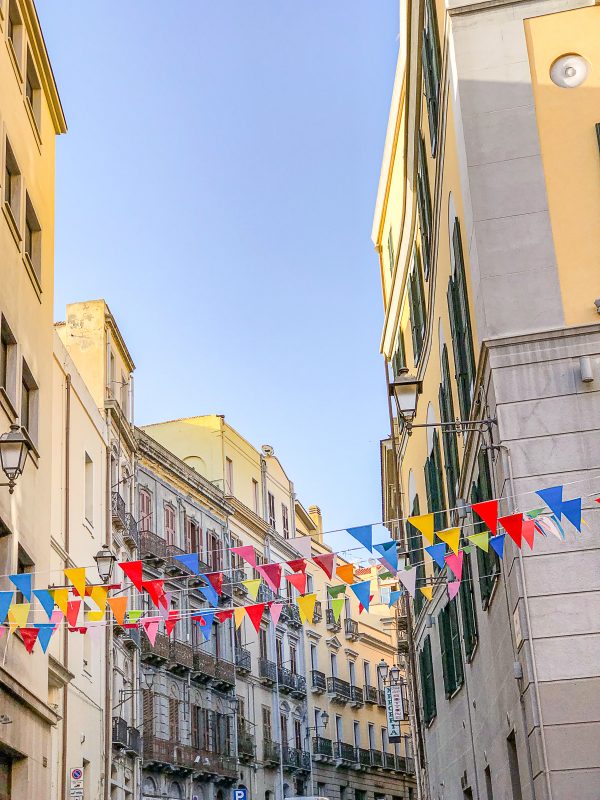 Hike up the mountains, along the coast, or in the island’s national parks. There are easy well marked trails that you can explore on your own, and more challenging hikes that require a guide.

There are over 150 different bike tours operating on the island. You can do a quick touristy bike tour, or you can embark on a multi-day bike adventure.