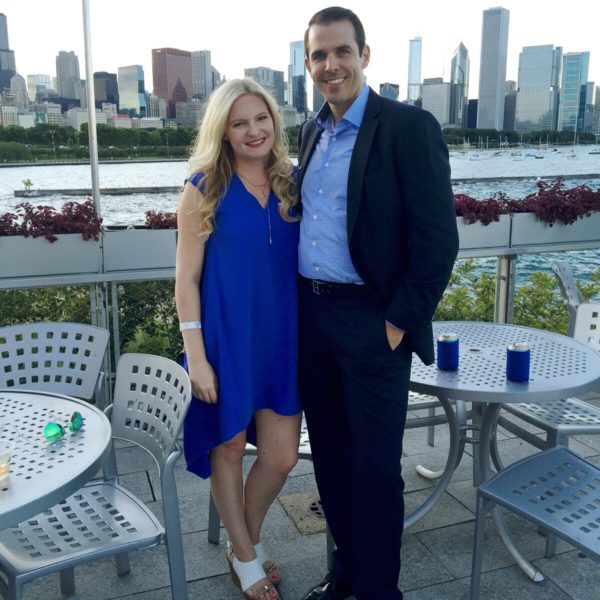 Charles and I spent Saturday night at the 10th annual Shedd BLU at the Shedd Aquarium. It’s one of our favorite events of the summer. This was our third year attending and it seems to get better and better each year. On top of being an incredibly fun party, money is raised for the Shedd Aquarium’s rescue, conservation, and education initiatives. 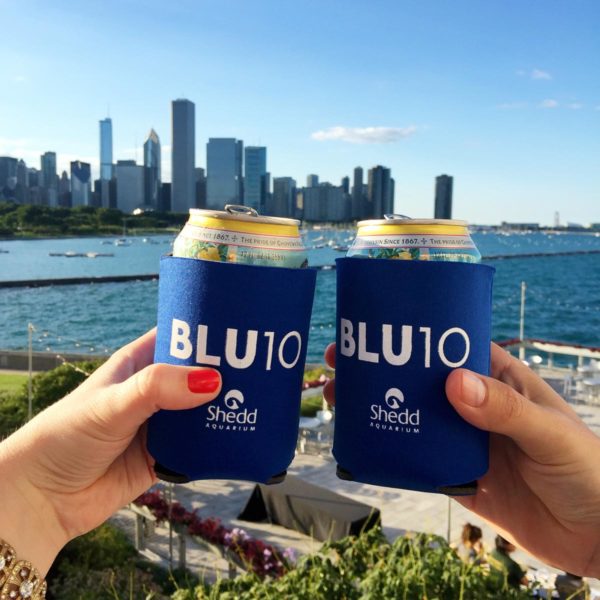 The Shedd Aquarium is a major destination for both local and tourists. It’s home to 32,000 animals including the Sea Otter pup, Luna, who was abandoned and rescued last year. Shedd is also home to Cruz, a blind sea lion, more than 30 penguins, and 23 species of turtles and tortoises, and 1,500 different species of animals total. 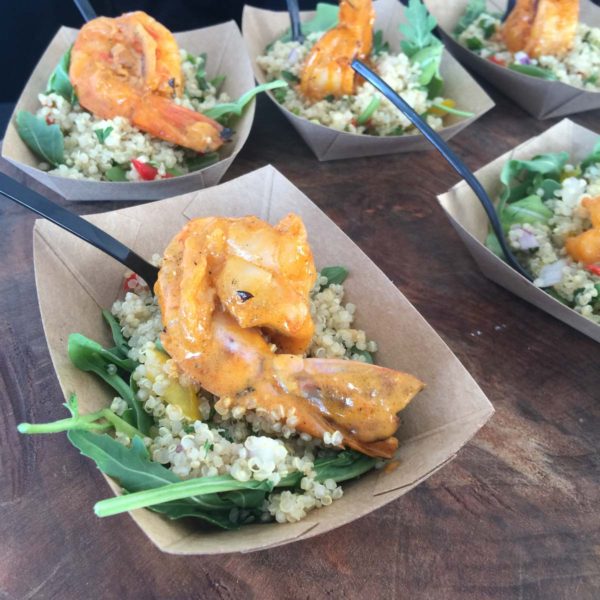 The party began with a VIP reception on the terrace. The terrace at the Shedd Aquarium probably has the best view of Chicago’s skyline and the Navy Pier fireworks. We sipped on cocktails and beers, and tasted seafood dishes prepared by several Chicago restaurants, like this spicy grilled shrimp from Public House. 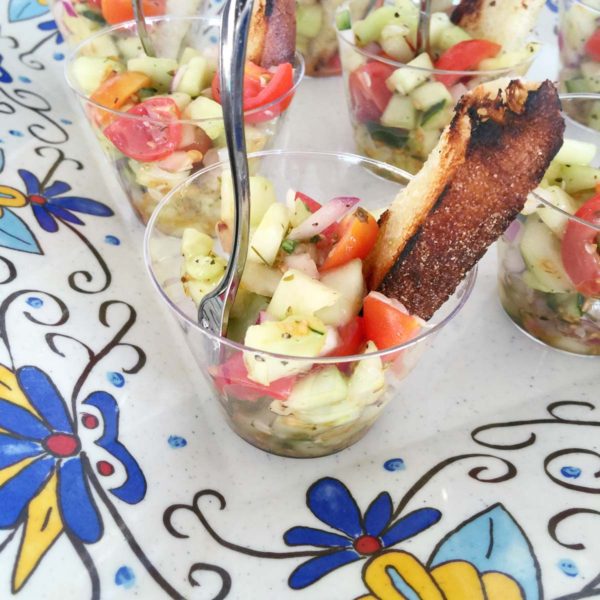 I loved this refreshing tomato and cucumber salad from Macello Restaurant. 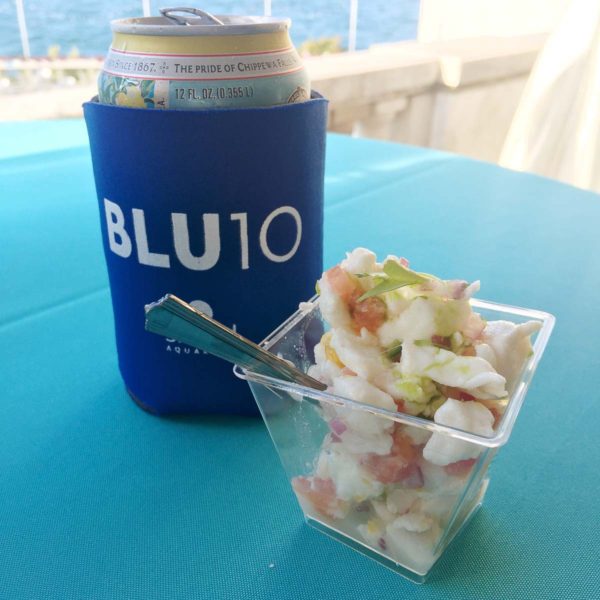 The custom koozies were a fun and practical addition to the festivities this year, and the ceviche was amazing. 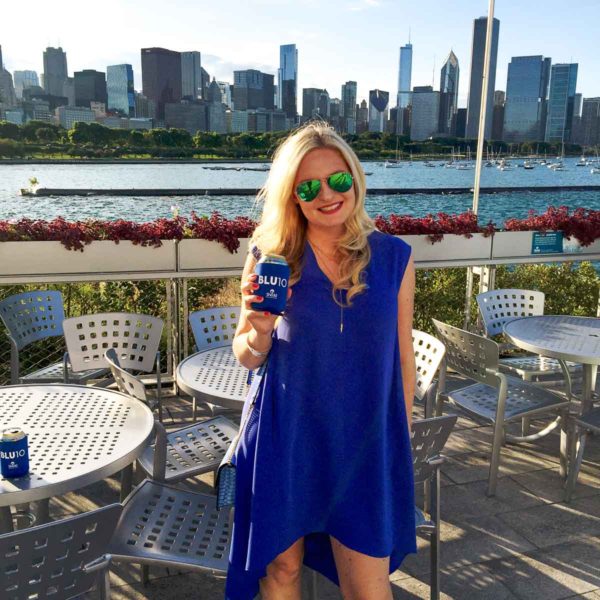 It only seemed fitting that we would wear blue to Shedd BLU. I wore a Rachel Roy dress that I picked up at Macy’s earlier this year, and Charles wore his favorite blue suit. (Heads up that the dress runs small – go a size down if you order it). 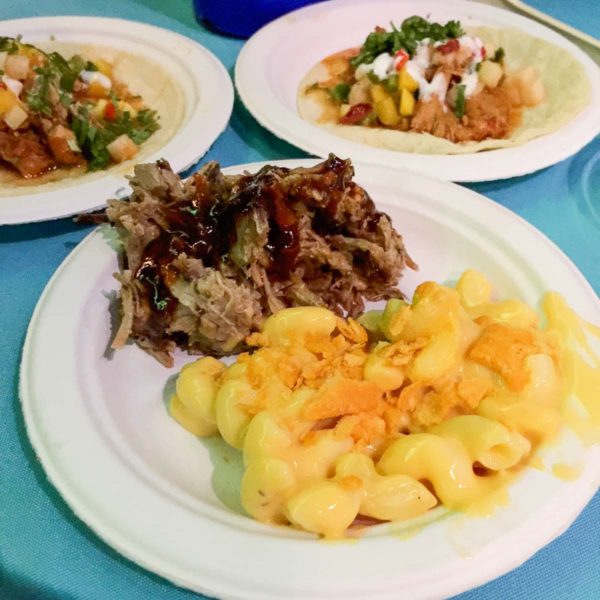 After an hour of snacking and cocktailing (not a word, but it should be) on the terrace, the main event started and we went inside to try more food from over two dozen local restaurants. We especially loved brisket and macaroni and cheese from Q BBQ. 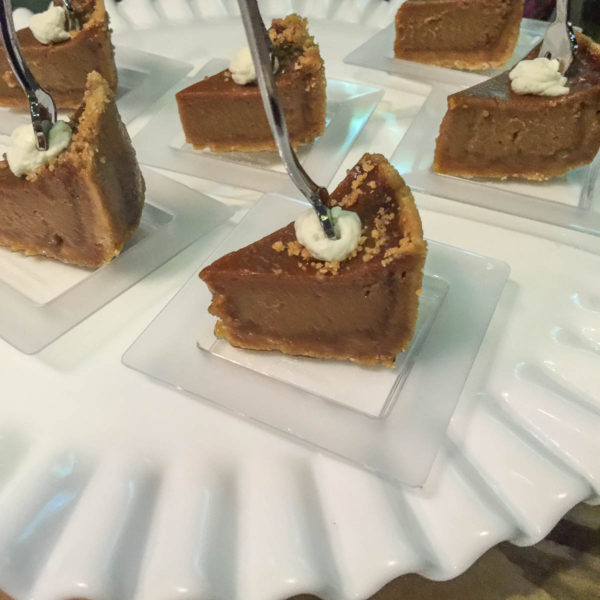 And I am obsessed with Beatrix’s Caramel Pie. 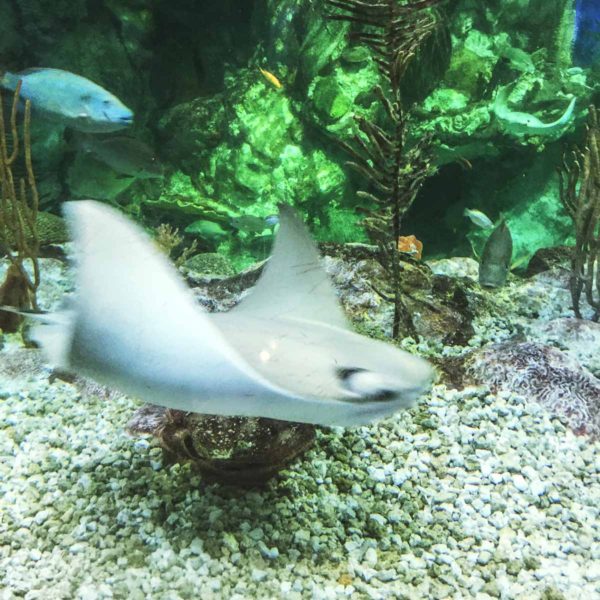 Next we explored the aquarium before heading to the Oceanarium for the aquatic show. I learned that sting rays swim fast and it is hard to get a good photo!

This year the aquatic show was exceeded all expectations. It started with a special appearance by Jim Cornelison, a Chicago legend and opera singer who performs the national anthem at Blackhawks games, who of course, kicked things off by singing the Star Spangled Banner. Then the focus shifted to the animals. 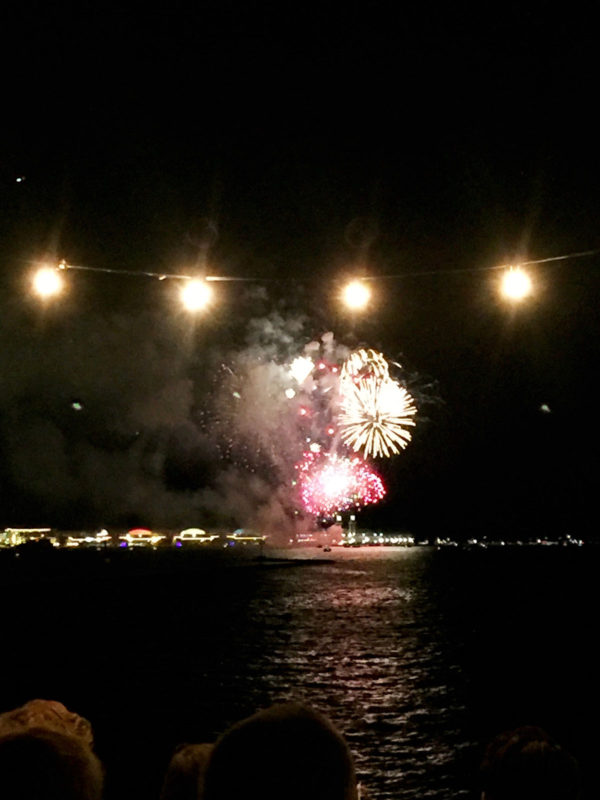 After the aquatic show the party continued on the terrace. Towards the end of the night, we got to view the Navy Pier fireworks. It was a perfect way to end a spectacular night. When it was time to leave we picked up the item we won in the silent auction, and caught a ride on the buses to River North provided by the event (this is such a nice touch). 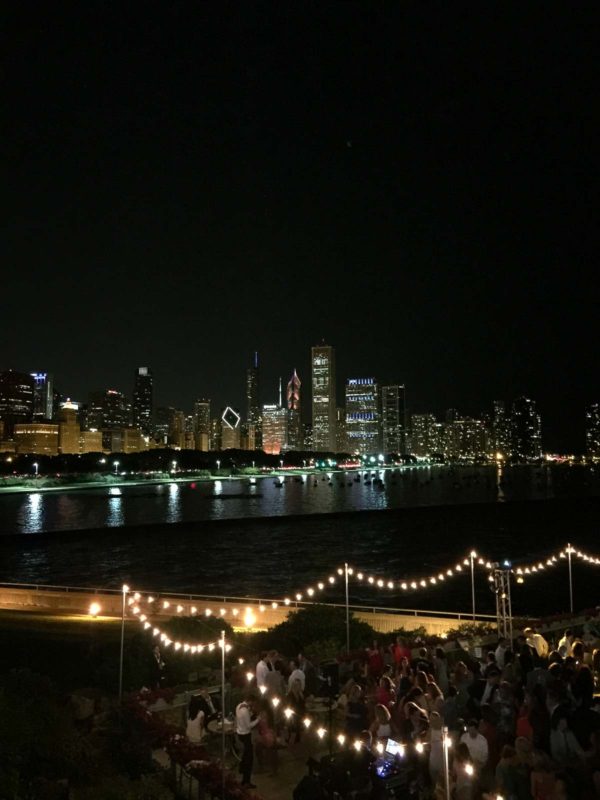 If you missed Shedd BLU, you can still make it to Jazzin at the Shedd. It takes place each Wednesday until September 14th, starting at 5pm. It’s a chance to listen to live jazz music, tour the aquarium, sip drinks, and view the fireworks. I try to go every summer.