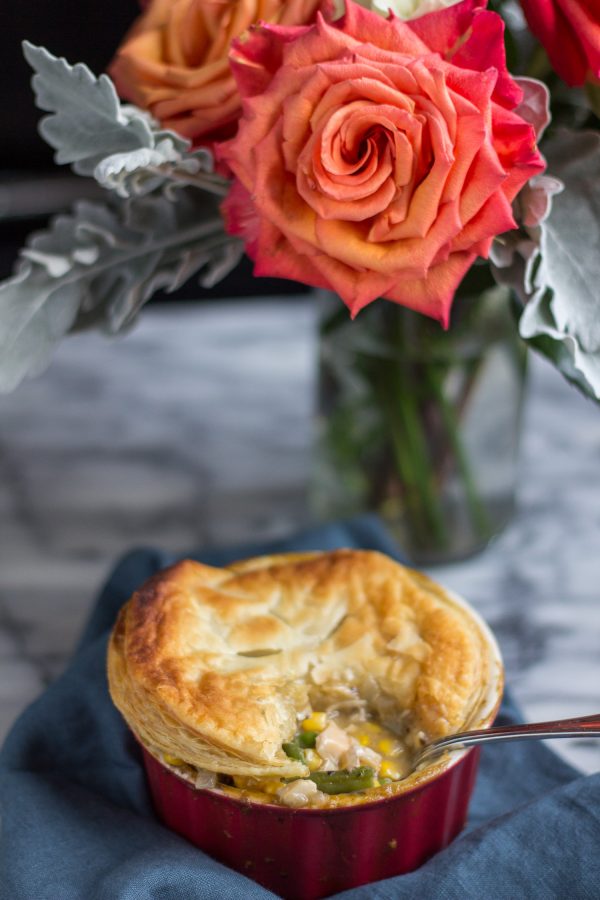 This Quick and Easy Chicken Pot Pie recipe is inspired by sweater weather and the hearty meals that Kelly and I ate in Ireland. I returned from a quick trip to Ireland on Wednesday and was greeted with cooler fall-like temperatures. It’s the type of weather that makes me crave a warm hearty dinner. This Chicken Pot Pie is loaded with veggies, can be made with just 20 minutes of active preparation time, and is sure to warm you up on a chilly day. 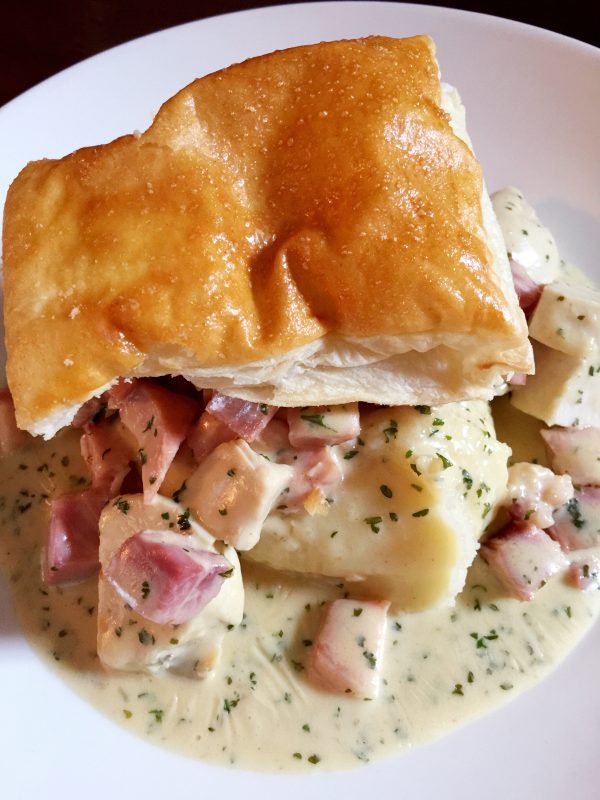 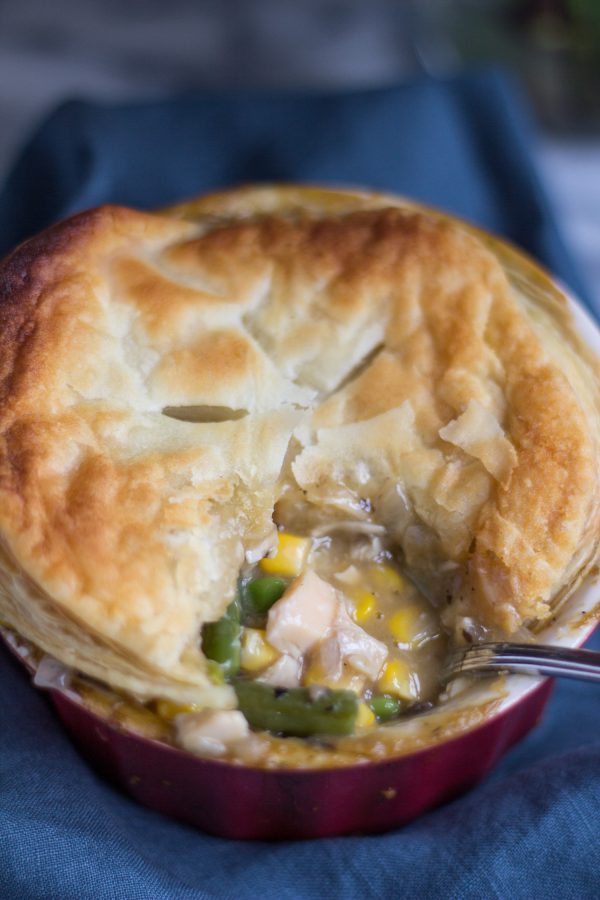 I wanted to make individual chicken pot pies so I used two large ramekins. They held almost all of the filling, I had a little leftover which will make for a nice lunch. In the past I have made one large chicken pot pie using store-bought pie crust. I usually add just one crust on top, but you can make a double crust pie if you want. If you choose to use puff pastry, just add it on top of the pot pie. 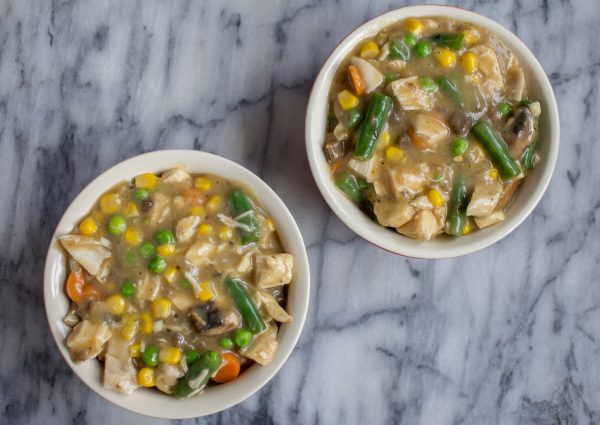 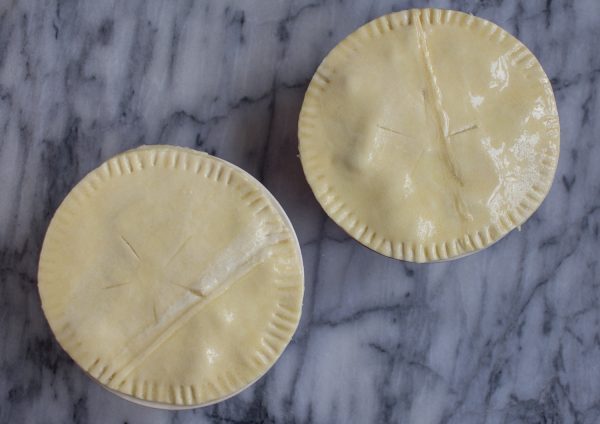 I added meat from a store-bought rotisserie chicken to this pot pie, but you could use leftover chicken instead. I added my favorite veggies to this recipe: corn, green beans, mushrooms, onion, carrot, and peas. The veggies gave this meal a fresh flavor and helped to make the chicken pot pie a complete meal. You can definitely use different vegetables in this recipe, broccoli and bell peppers would both be nice additions.