Piedmont is one of Italy’s most important wine producing regions, and one of the most beautiful places in the world. Barolo is the most well known wine made in Piedmont but there are several other Piedmont wines to try. 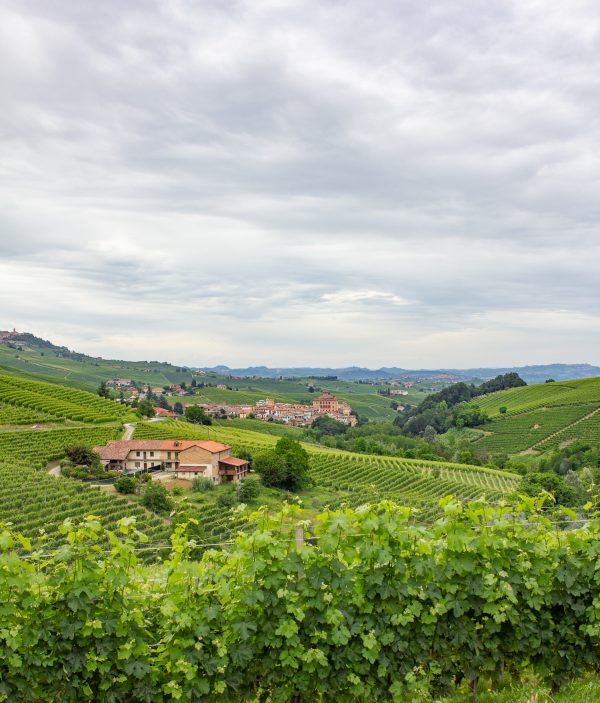 There are a few things to know about Piedmont’s wine growing regions. The most prominent wine growing area is the Langhe, which is in the Cuneo province and contains several wine growing regions, including Barolo, Barbaresco, and Roero. (Italian geography is confusing, long story short you could say that the village of La Morra is in the Barolo Region, the Langhe, Cuneo, and Piedmont – all are correct). The Langhe valleys are on the 45th parallel of the Northern hemisphere, right in line with other famed wine producing regions including Burgundy, Bordeaux, and the Rhine.

The name of the wine is often dependent upon where it is grown. For example, Barolo and Barbaresco are both made with Nebbiolo grapes, but in separate regions which give the wines different characteristics. The classification of Piedmont wine is controlled by the DOCG and DOC designation system, so there is no wiggle room when it comes to how a wine is labeled. Piedmont wines are made in accordance with strict mandatory guidelines and are taste tested by committee, so each varietal wine meets quality checks and has similar qualities. 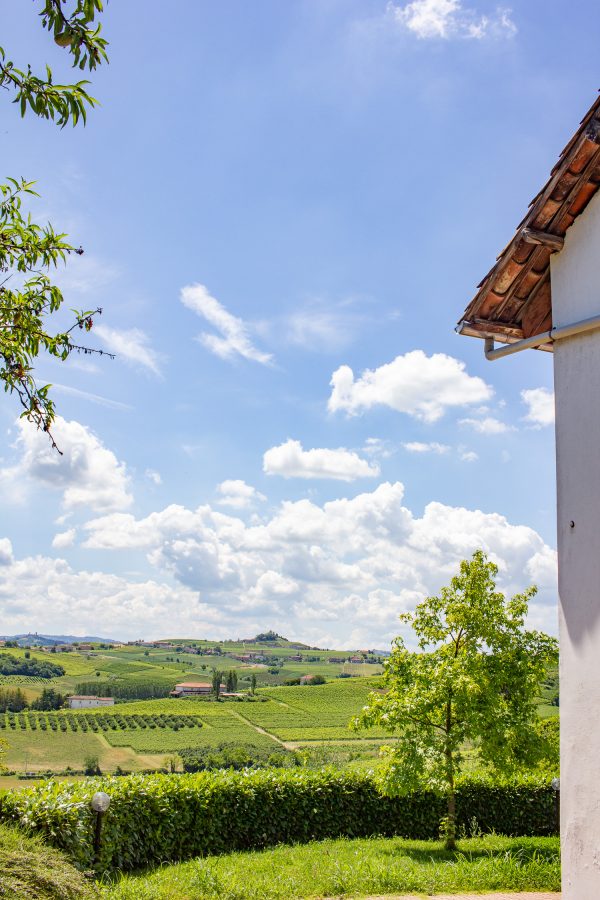 The hillsides of the Barolo region receive a cool fresh air that blows in from the Ligurian Sea in the south. The soil is slightly sandy, which comes from the fact that at one point the land was covered by the sea. The hills and valleys create microclimates, each ideal for growing a specific variety of grape.

Many different grapes are grown in Piedmont, because each grape variety has its own growing conditions. The goal of the grower is to grow each grape in its ideal location. Even though Barolo is massively popular, growers can’t only grow Nebbiolo grapes and make Barolo because if the conditions are not right, the quality will suffer. Quality is the utmost consideration and goal. And again, for a wine to be Barolo it needs to be grown is a specific area. 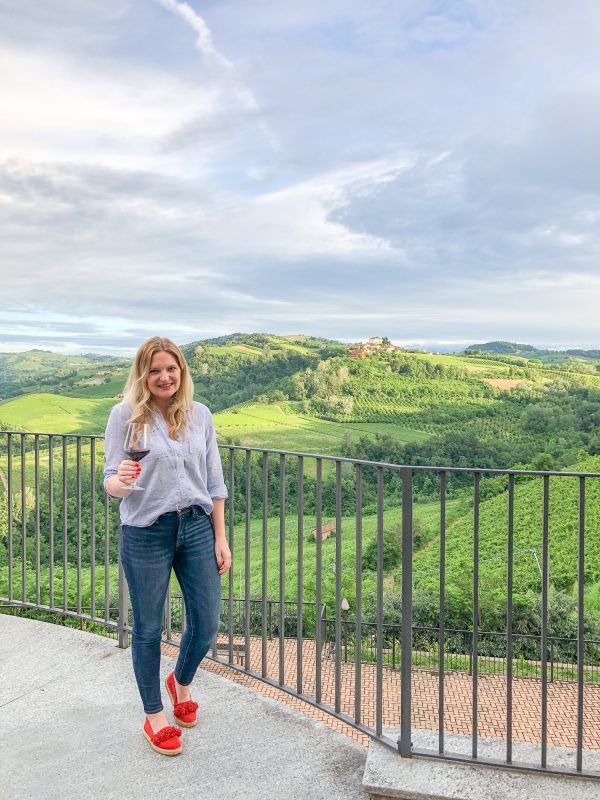 Piedmont is home to 16 DOCG wines and 42 DOC wines, meaning that Piedmont is the only place where these wines are produced. The wine is so exceptional that in 2014 the Langhe-Roero-Monferrato Vineyard Landscape was named a UNESCO a World Heritage Site.

Simple math tells us that there are 58 wines unique to Piedmont! I am going to assume that you might not have time to taste all of them, so I am outlining some of the most well known Piedmont wines. If you can’t make it to Italy, they are also available in wine shops. 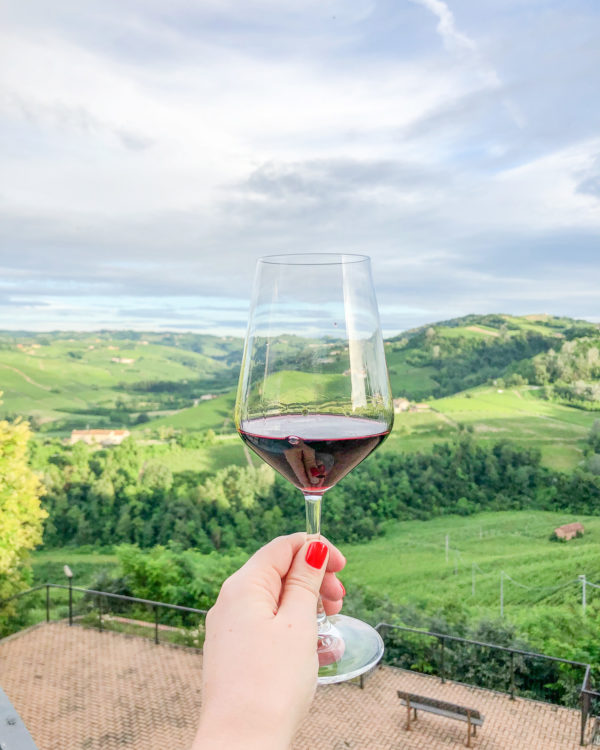 Piedmont’s most renowned wine was historically a wine enjoyed by the aristocracy. It is strong, complex, elegant, and balanced. Barolo has a DOCG designation – the hardest designation to obtain, which means that there are strict guidelines for producing it. The amount of wine produced is limited, and the wine must be aged for at least 3 years, and it becomes smoother with age. It is made with 100% Nebbiolo grapes. If you are looking for a bottle of Barolo, they tend to be about $60. But when you spend $60 for a Barolo you know that is was grown in the Barolo region, met minimum age requirements, and passed a taste test – so you know it is going to be great!

This is one of my go-to wines. Like Barolo, historically it was consumed by the upper class. Wine producers like the varietal because the grapes are lower maintenance than Nebbiolo grapes. It is inexpensive to produce and is ready after just a few months of aging. It is fruit forward without being sweet. This is an easy to drink food friendly wine that is affordable enough to drink everyday. I especially love Dolcetto d’Alba. A Dolcetto is usually about $20 but my grocery store has one that I like for $14. 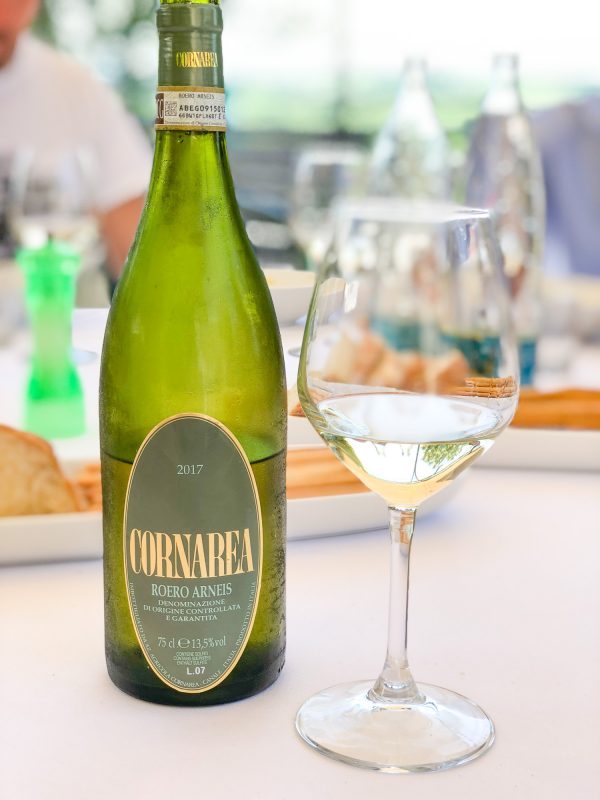 A light easy to drink white wine produced in the Roero region. Piedmont is known for produced red wines, but this is a white worth sipping. It has fresh peach and apple flavors, but isn’t sweet. It was a slight bitterness that makes your mouth water. It is a perfect wine to drink on a hot summer day. If you like Sauvignon Blanc, you will like Arneis. It costs around $20.

Compared to Dolcetto, Barbera is less fruity, earthier, and fuller bodied. Barbera grapes are more adaptable than other varietals, which is why this is the most planted grape in Piedmont. These wines are medium bodied with a slight spice. It pairs well with food and is a nice bottle of wine to order at a restaurant because it can be paired with a wide variety of foods. A bottle of Barbera is around $20.

Like Barolo and Barbaresco, this is made with Nebbiolo grapes but tends to be less expensive. Thirteen of the DOC and DOCG Piedmont wines are made with Nebbiolo grapes. A wine is called Nebbiolo and not Barolo and Barbaresco because it may not have been grown in the designated areas to be called Barolo or Barbaresco. Nebbiolos can be lighter are more similar to a Pinot Noir. A Nebbiolo is about $20 – it’s a great wine at a great price. 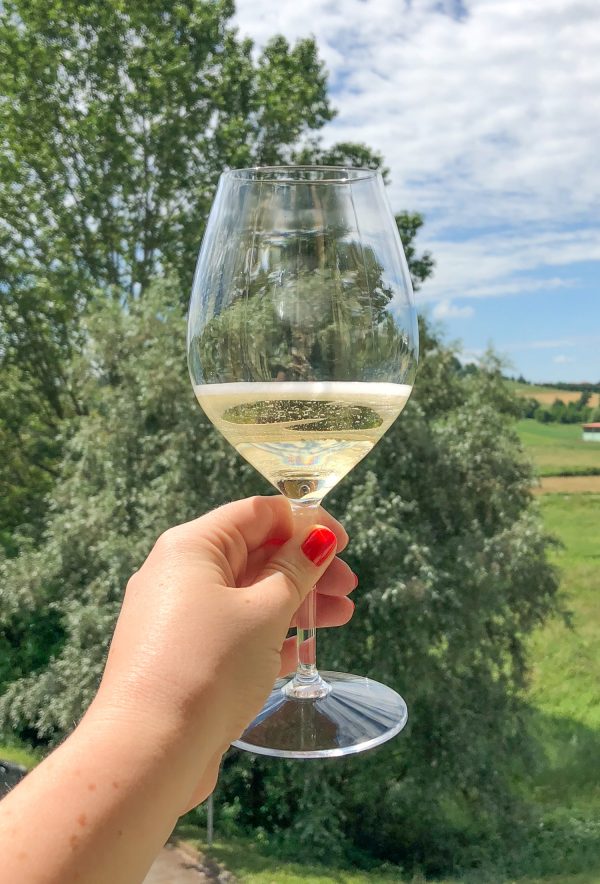 This affordable low alcohol sparkling wine is sweeter than Prosecco and is produced in Asti. It is made with white Moscato grapes and has a fresh fruity taste and just 7% alcohol. It pairs well with desserts. Unlike the other wines on this list, Asti made in the Asti region and not in the Langhe.

When buying wine you may see wine labeled Langhe, such as Langhe Arneis, Langhe Dolcetto, and Langhe Nebbiolo. This DOC designation means that the wine was produced in the Langhe region, it is just something to keep in mind when buying wine.

When you are purchasing Italian wine, remember to check for the DOCG or DOC labels. There are more rules for DOCG wines than DOC wines. Both of these labels are a sign that you are purchasing a true Italian product that was made in line with mandatory regulations and was tested by a committee.

My trip to Piedmont was sponsored by True Italian Taste, all opinions are my own. If you are traveling to Piedmont, www.winetastingexperience.it has information to help you plan your trip.

Do you have a favorite Piedmont wine? I would love to hear about it in the comments! 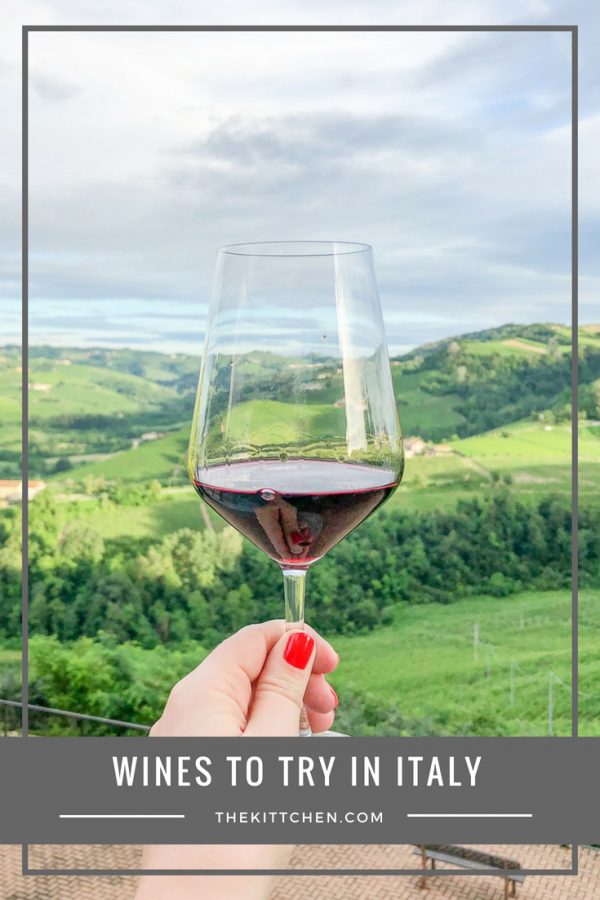