This Pear and Blue Cheese Stuffed Pork Tenderloin is an incredible meal that comes together quickly. Pork tenderloin is butterflied and filled with white wine poached pears, shallots, blue cheese, and rosemary. 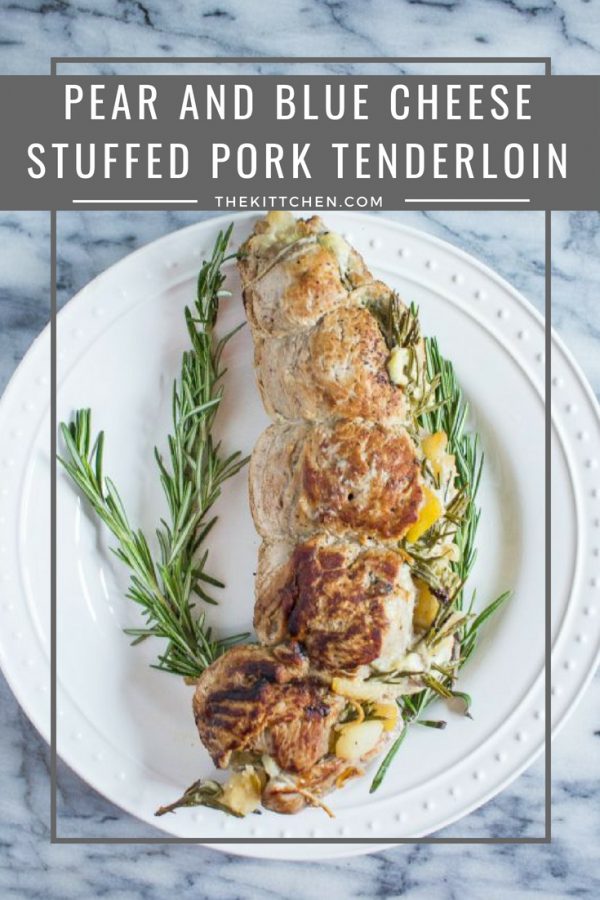 I created this recipe for Pear and Blue Cheese Stuffed Pork Tenderloin three years ago and today I am revisiting it and updating it. The tenderloin is seared and then roasted in white wine and chicken broth that mix with the pan drippings to create a flavorful sauce. This is a dinner loaded with fall flavors, and it is perfect for a dinner party. 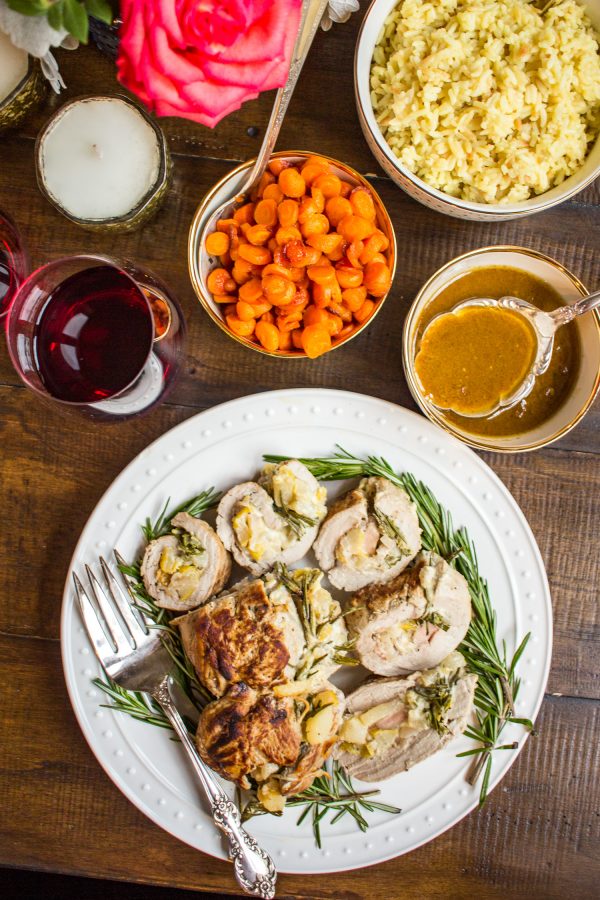 Pears and blue cheese is a classic flavor combination and it is wonderful stuffed inside pork tenderloin. Just make should you really pound out the pork so that it becomes big enough to hold in all of the stuffing. I only had a couple pieces of pear fall out when I seared the meat. If you prefer apples over pears, I am confident and you could swap out the pears for apples. If blue cheese isn’t your thing, you could use goat cheese instead. I do love the boldness of the blue cheese in this recipe though. 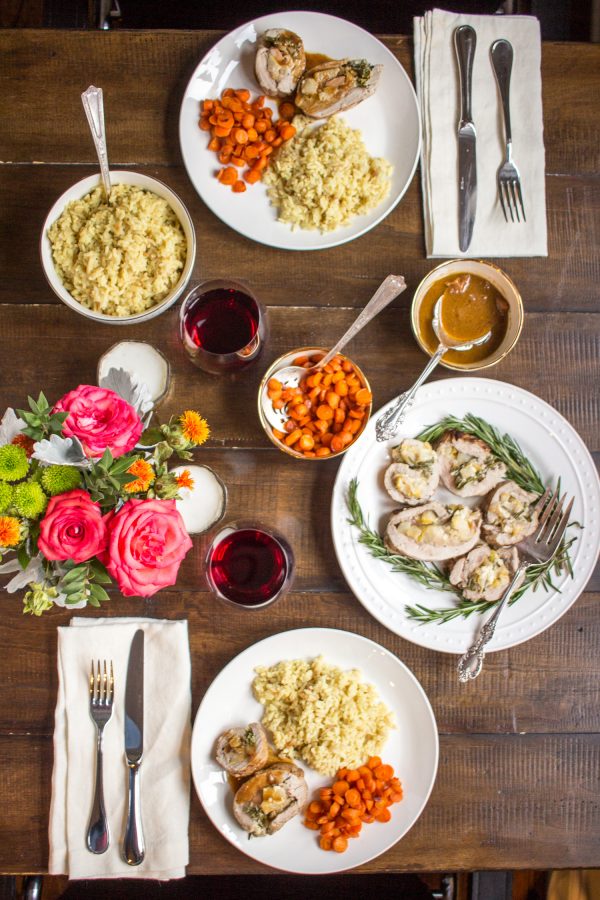 I love cooking pork tenderloin because it is one of the most affordable cuts of meat. It is perfect for dinner parties or situations where you need to feed a small crowd. I bought a 1 1/2 pound pork tenderloin for under $10. Beef tenderloin can cost five times more. Another reason I love pork tenderloin is that is cooks really quickly! You just need to sear the pork and then roast it for just 14 minutes! 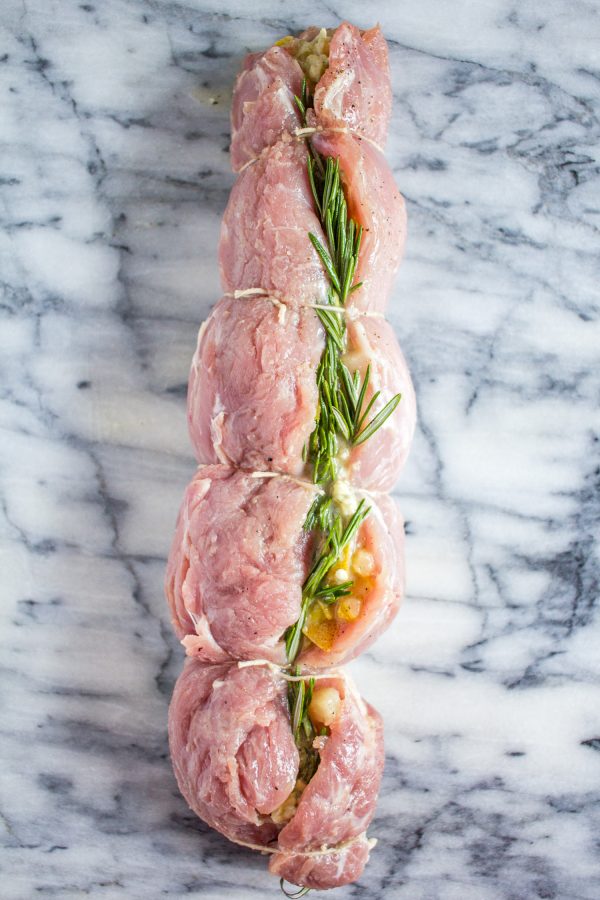 If you were having a dinner party, you could prepare the shallots and pears and then stuff the pork before guests arrive. Then 30 minutes before you want to eat, just sear the meat, roast it, and make the sauce. 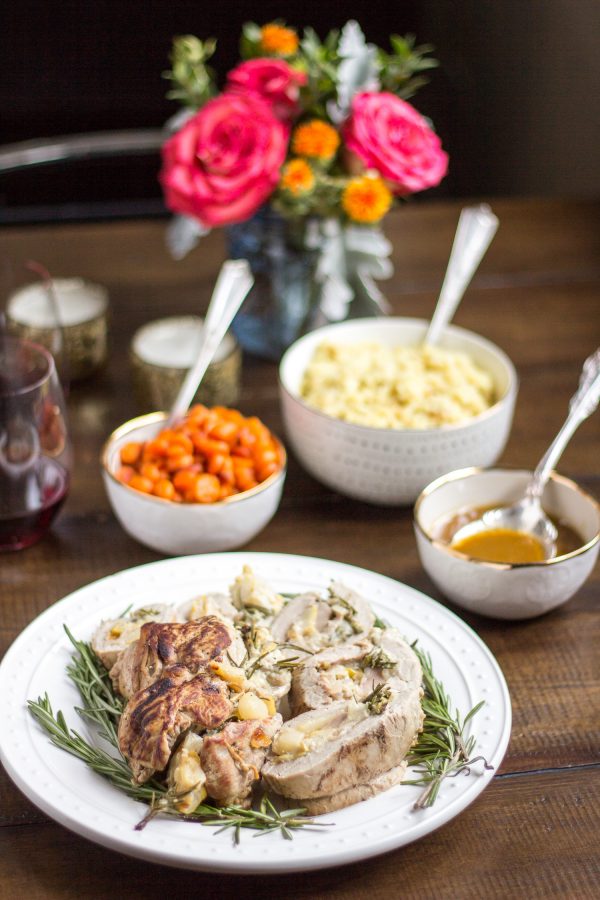 Charles wanted me to give you a heads up about the rosemary. You might want to remove it when you remove the butcher’s twine. Rosemary gives a burst of flavor to the meat and gravy, but you might not want to eat it, it isn’t the most pleasant thing to chew on. I like to leave the rosemary on the sprigs and then just remove it when I slice the pork. If you love rosemary and want to keep it in, I recommend taking it off the sprigs before adding it to the pork. 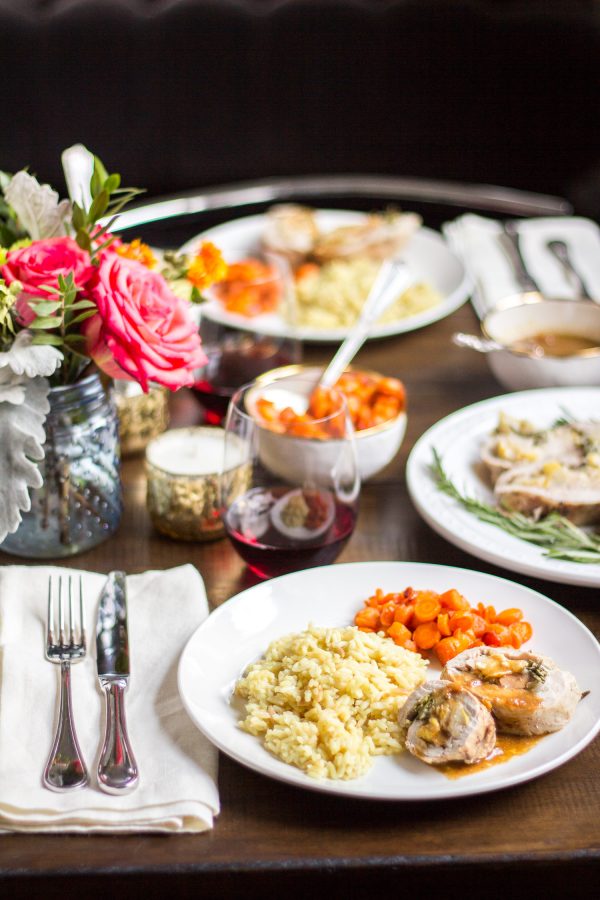 If you want to try a similar recipe, you might want to check out this recipe for Pork Tenderloin Stuffed with Butternut Squash, Goat Cheese, and Sage. I made it for Christmas at my in-laws once and they loved it!

This recipe was originally created for The Everygirl. 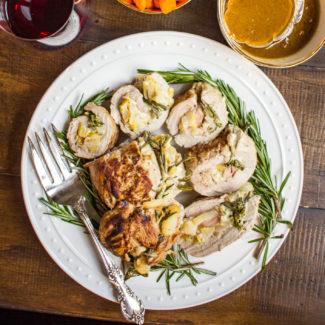 This Pear and Blue Cheese Stuffed Pork Tenderloin is an incredible meal that comes together quickly. Pork tenderloin is butterflied and filled with white wine poached pears, shallots, blue cheese, and rosemary.

Want to save this stuffed pork tenderloin recipe for later? Here is an image for you to pin: 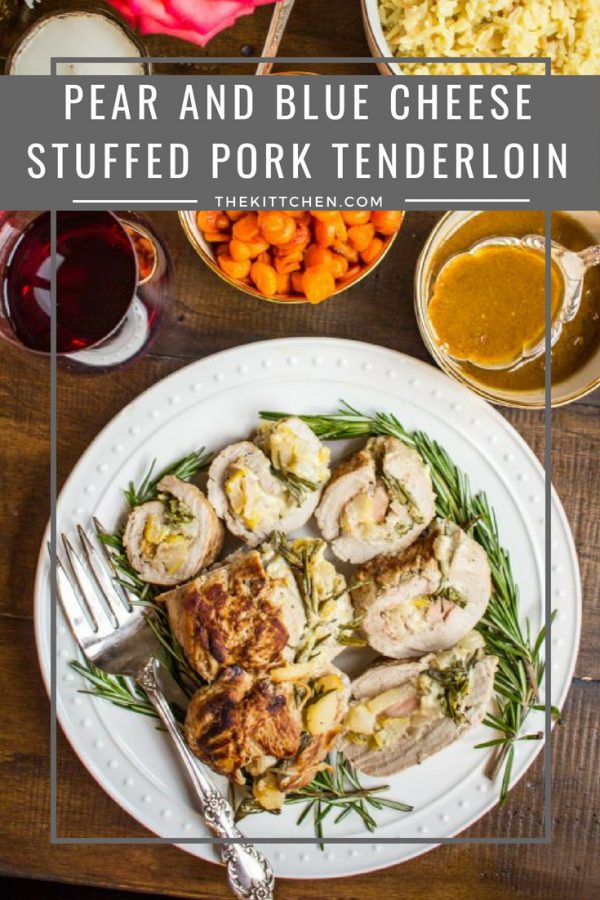