Your weeknight dinners just got easier. This One Skillet Pumpkin Pasta can be made in just twenty minutes and it barely makes a mess in the kitchen! 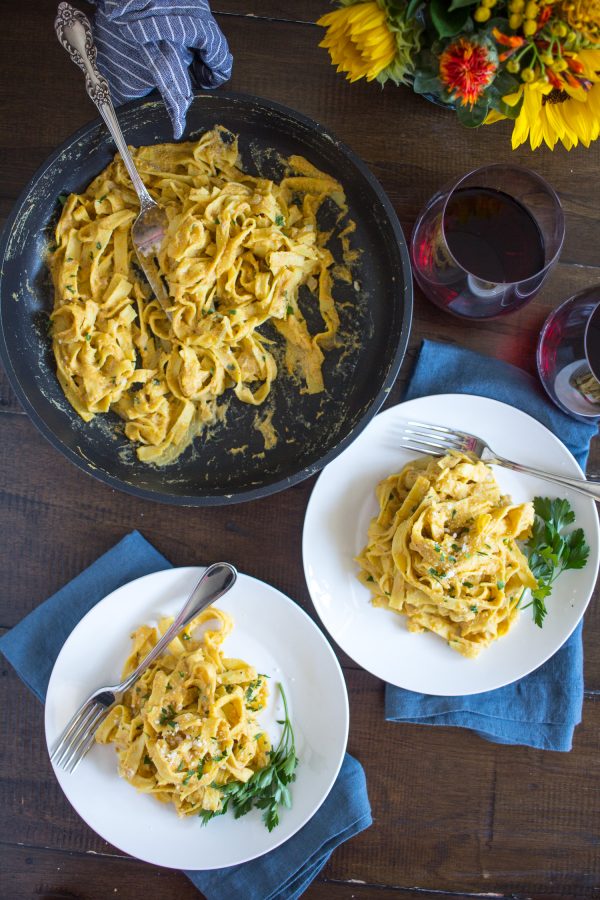 Fresh pasta is served in a creamy pumpkin sauce seasoned with shallots, nutmeg, and Parmesan. It is topped with fresh parsley and pine nuts which give the meal a boost of fresh flavor and a touch of crunch. It is a meal loaded with fall flavors that comes together quickly and easily. 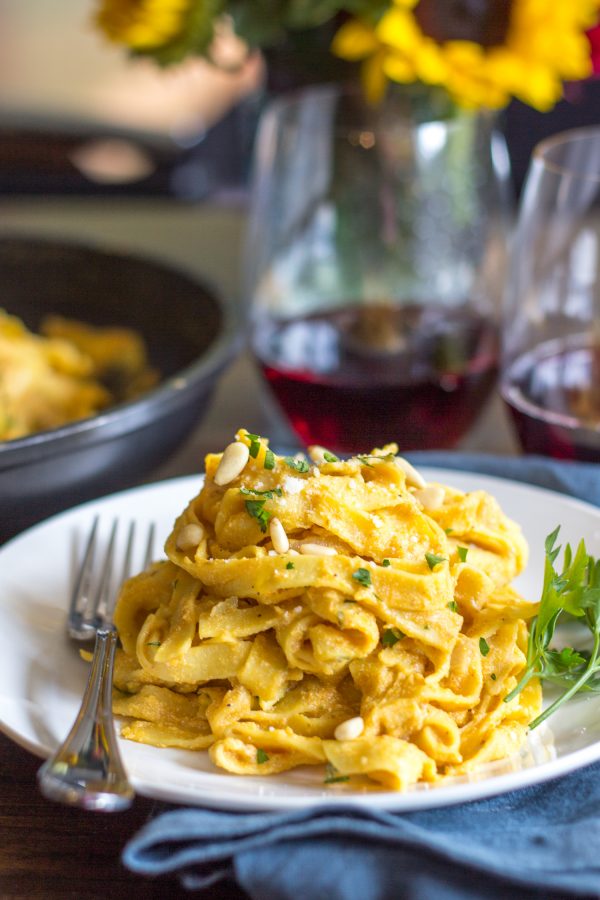 This One Skillet Pumpkin Pasta starts with sauteing chopped shallots in butter until they are lightly browned and almost caramelized. Then you add canned pumpkin, vegetable broth, Parmesan, fat free half and half. The sauce is seasoned with salt, pepper, and a touch of nutmeg and brought to a simmer. Then you add fresh pasta and cook for 3 minutes. Garnish with pine nuts and parsley and you are done!

The pumpkin sauce has a nice pumpkin flavor that is balanced out by the Parmesan and other ingredients. It tastes like pumpkin without the flavor being overwhelming. The sauce does get pretty thick. If you want to thin it out, just add some extra vegetable broth. 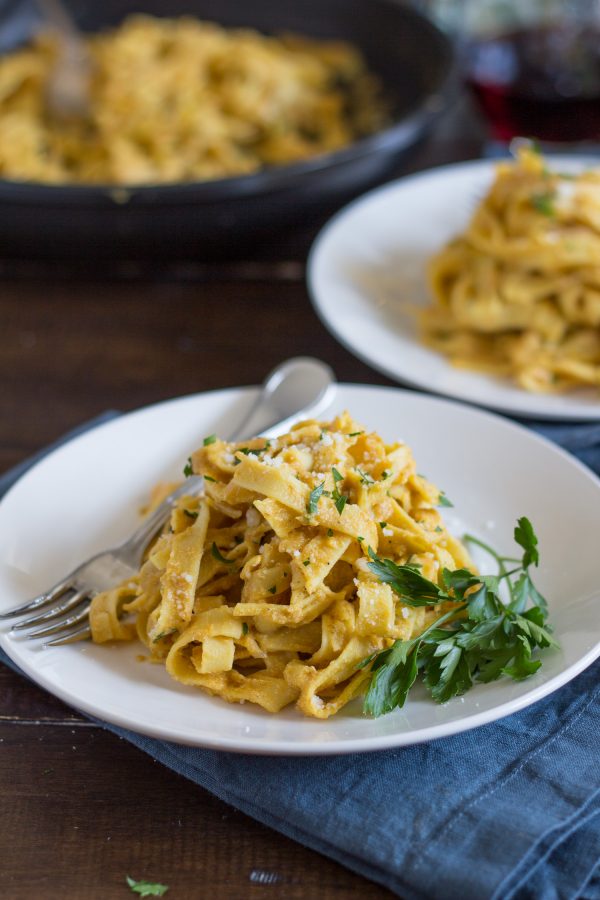 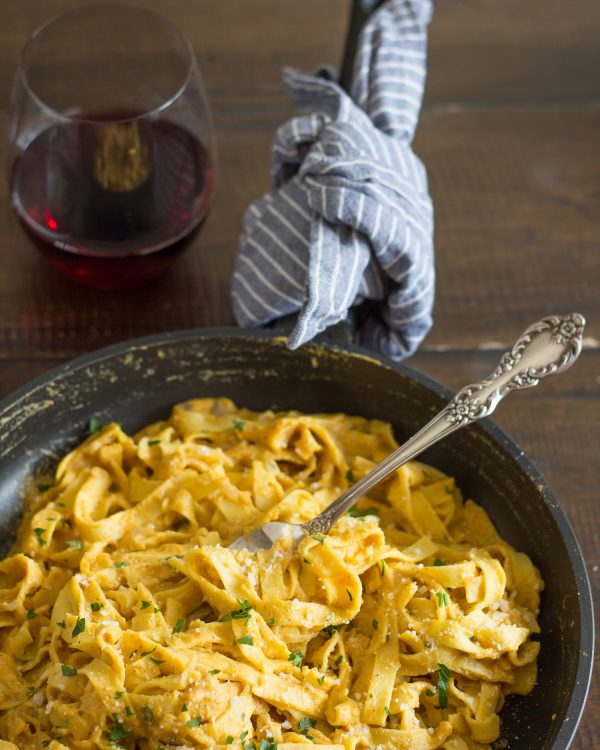 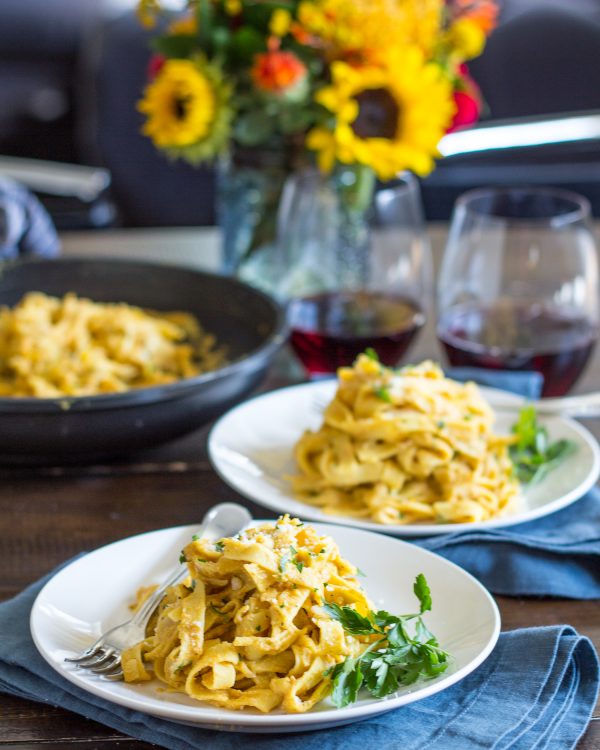 If you don’t mind dirtying another dish, this pasta would be wonderful with fried sage on top. If you add the sage, I would add it instead of the parsley.

Want to save this pumpkin pasta recipe for later? Here is a pin for you to save: 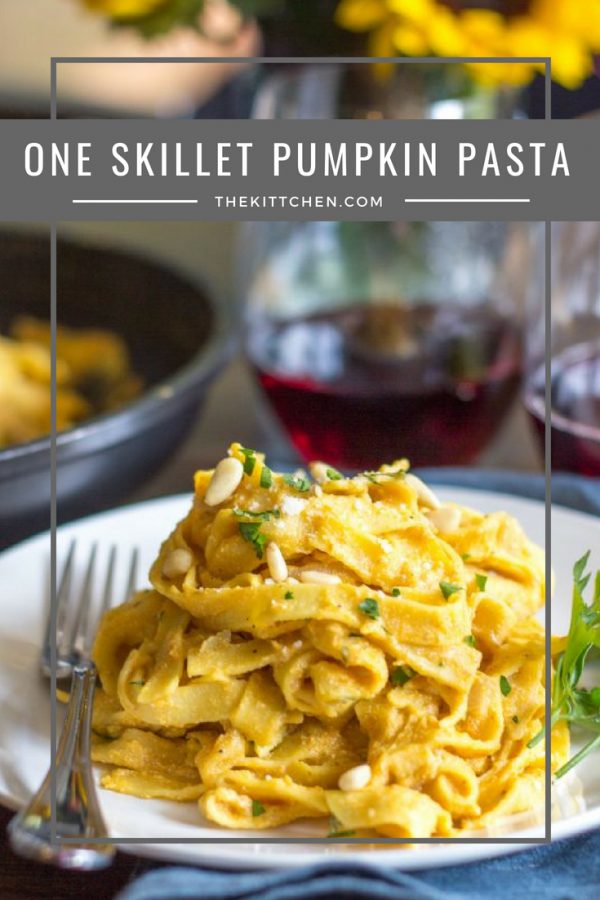