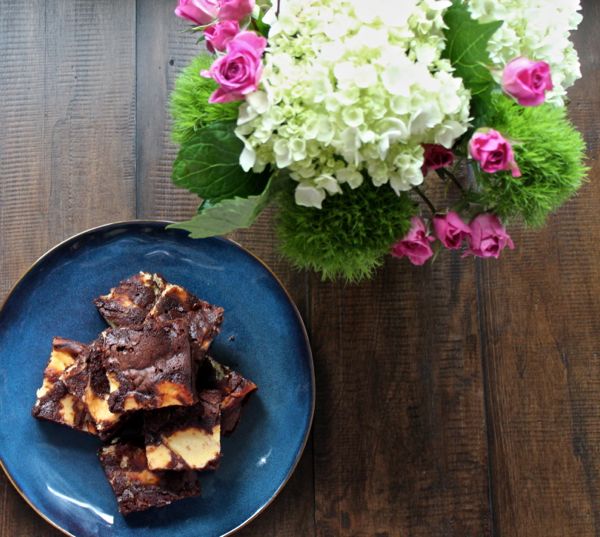 When my European in laws came to visit from Singapore, I did the most American thing possible. I made brownies. Growing up, my mother was always making brownies. It was a way to welcome someone to our home with something sweet. I worried that my jet lagged house guests might have trouble adjusting to the time zone, and need snacks. I am also a firm believer that you should always have food ready for houseguests. I made Mascarpone Cheesecake Brownies to satisfy a sweet tooth, and caprese guacamole so that something savory would also be on hand.

I will admit that these brownies aren’t entirely homemade. I used a mix, and it saved me lots of time (which I needed since I also had to clean my home in preparation for the houseguests). While I used a mix, I made my own cheesecake filling. The layer of mascarpone cheesecake in the center of these brownies takes them from ordinary to incredible, and my difficult to impress in laws couldn’t stop raving about them. Mission accomplished. 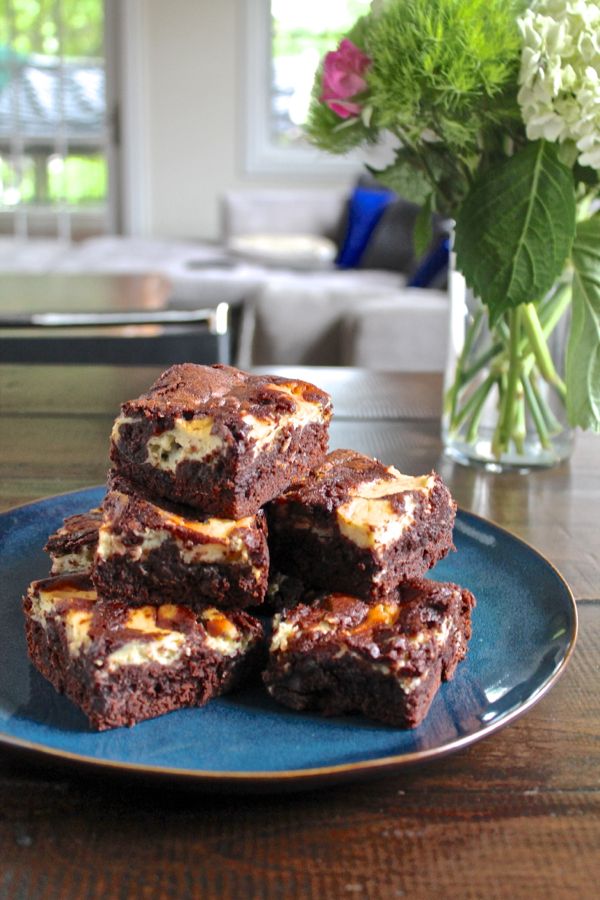