This post was sponsored by Holland House Cooking Wines, as always the opinions expressed are my own. 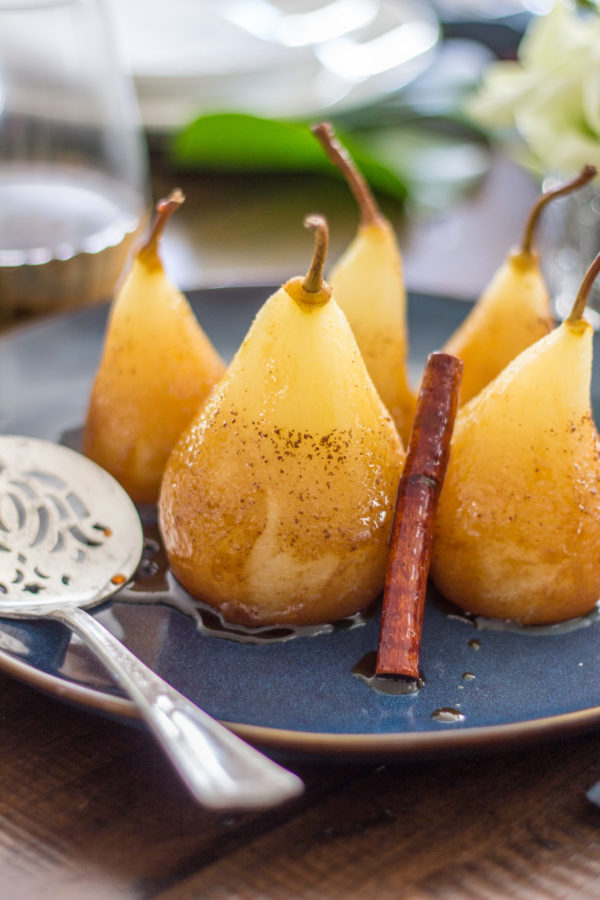 Marsala Poached Pears are a wonderful and easy to prepare dessert to serve at a fall dinner party or Thanksgiving. It is a dessert centered around fall flavors that has sweetness without being too sweet. I love that it is a lighter dessert. It is easy to eat an entire poached pear even after a big meal. 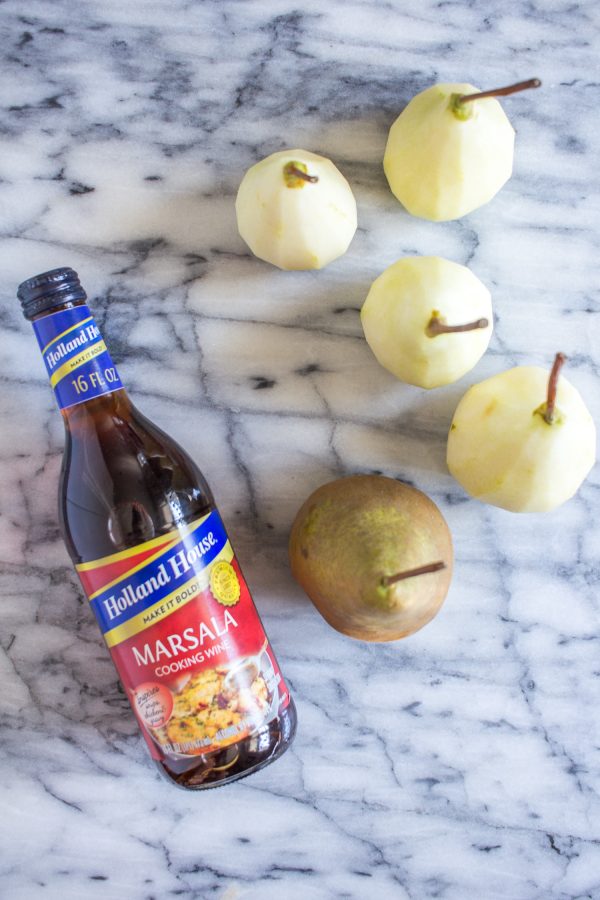 To prepare this dessert you simply peel the pears, slice bottoms so they will stand upright, and then poach the pears in a mixture of boiling Holland House Marsala Cooking Wine, lemon juice, cinnamon, clove, sugar, and vanilla. The pears cook in 10-20 minutes (depending on how ripe they are) and then you reduce the wine sauce into a syrup. It is a recipe that can be prepared in under 30 minutes, and you can make it a few hours in advance. 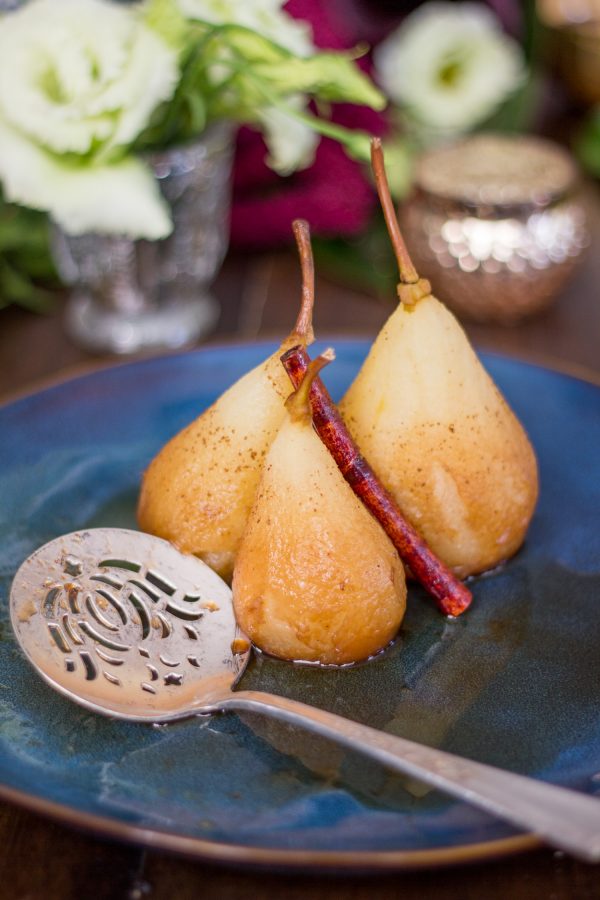 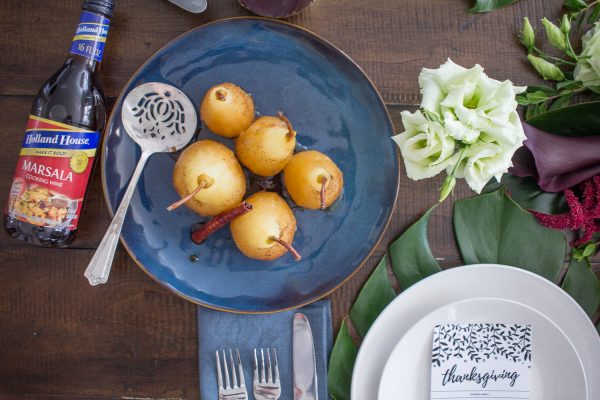 The Marsala wine brings out the sweetness in the pears and lends richness to their flavor. The touch of vanilla, clove, and cinnamon is noticeable without overwhelming the taste of the pear. It is an incredibly satisfying combination of flavors. 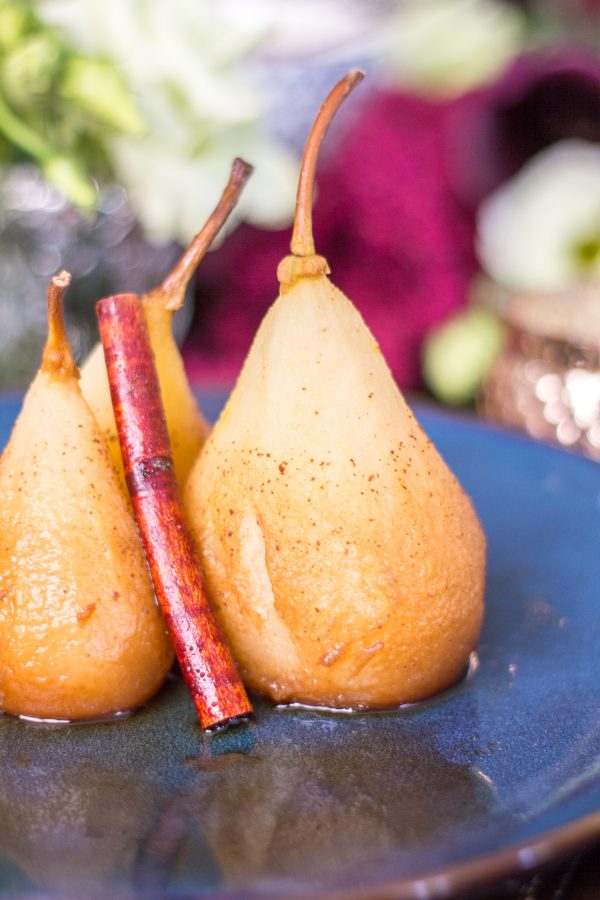 The pears were so incredibly pretty that I couldn’t resist keeping them on the table during dinner. They gave dinner guests something to look forward to as we ate dinner. I served these poached pears at my pre-Thanksgiving party, and they were a nice alternative to pie. 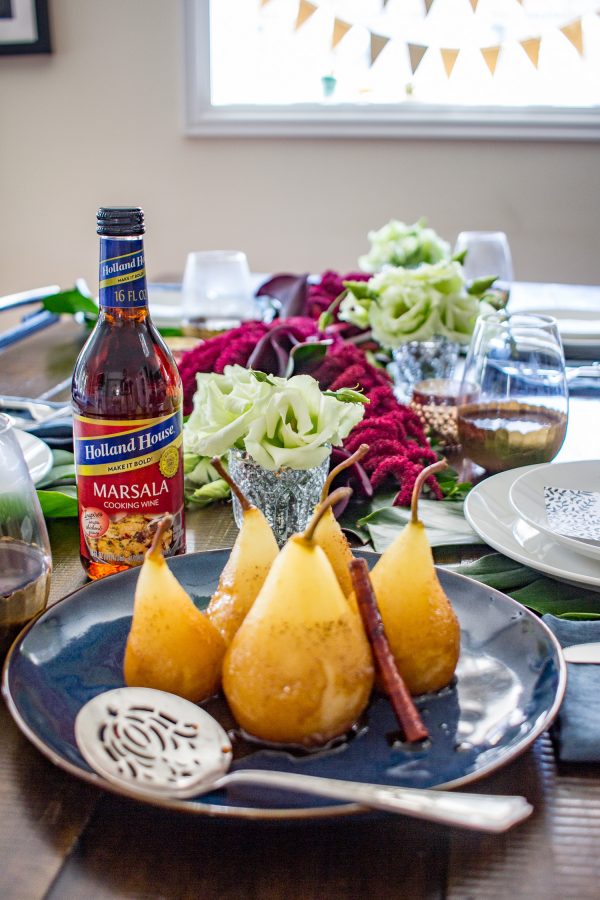 I cooked five pears, but you could make a double batch just as long as you have a large enough pot. You just want to make sure that there is enough room for the pears to stand upright in the bottom of the pot. I recommend trying to find smaller pears since they are the perfect portion. I found smaller pears at my local farmers market. 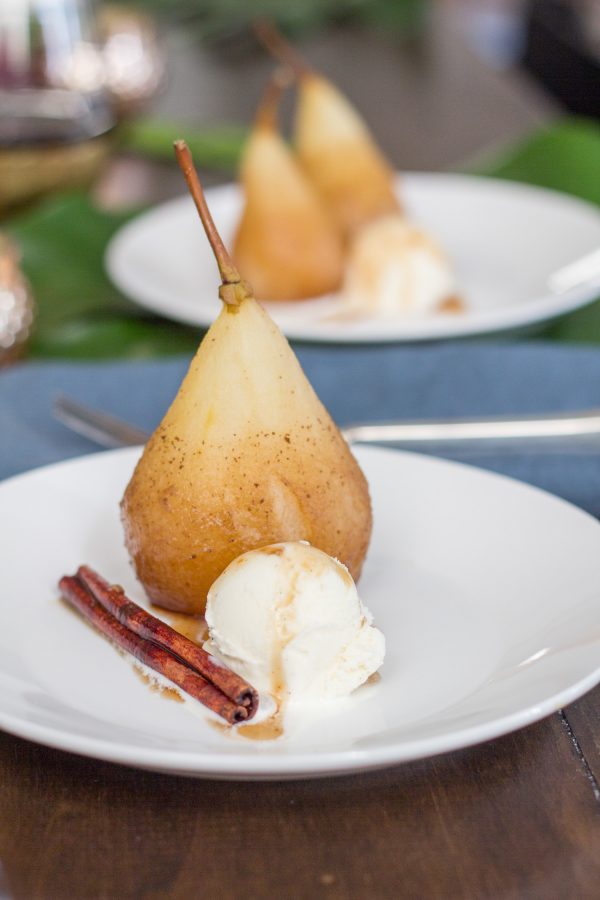 You could serve the pears with a scoop of vanilla ice cream. I love the pears on their own, but the Marsala sauce is delicious over some ice cream! 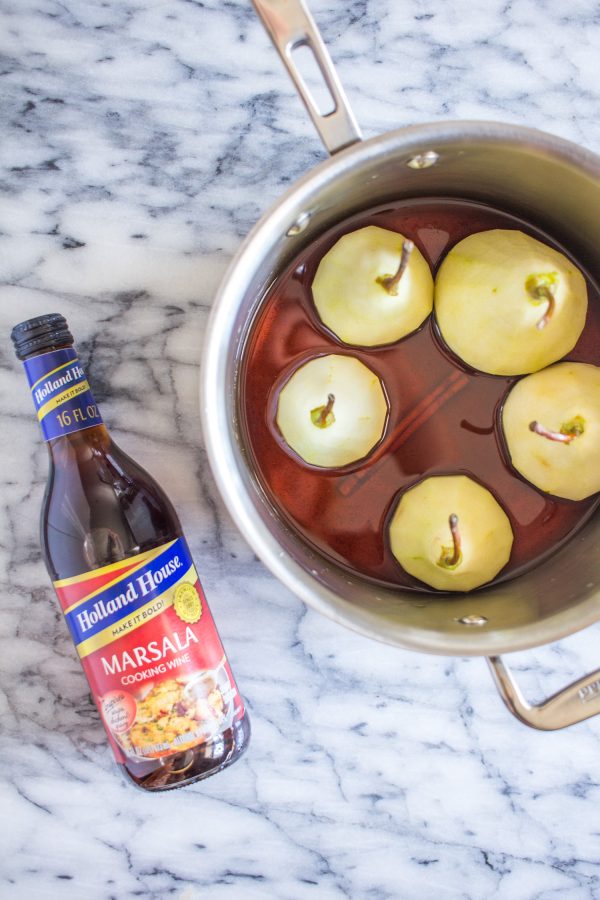 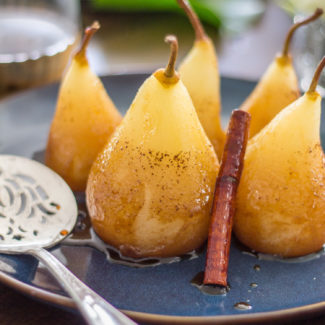 Oh, this sounds lovely! How perfect for the holidays!

Thanks Julie! I like that it is a bit healthier than all the pies I end up eating over the holidays :)

These look and sound delightful. Thank you for sharing with a THURSDAY favorite things link party. We are happy to have you!

Thanks so much Angelina!

What gorgeous photos Kit - I'm not really a cooked pear fan but I could imagine making these for my guests! Thanks for sharing at Fiesta Friday - don't forget to link up so your readers can come and join the party too!

Thanks for your kind words!

I don't care much for pears but these sound delicious. Thanks for linking up to More the Merrier Monday. Can’t wait to see what you’ll be linking up next week.

They definitely taste best when they have been poached in wine!

These look decadent and wonderful! Pinning for later!

I really loved this recipe! Thanks so much for pinning!