Charles and I tied the knot on Saturday.  The weather called for thunderstorms, but it was sunny and perfect.  The most incredible group of people in the world came to Kennebunkport to celebrate with us.  There were also so many wonderful people who helped with the planning!

The ceremony was performed by a dear friend Rev. Corgan whose daughter was my best friend when I was a little girl.  Everyone commented on what a lovely ceremony it was.  I spent most of the ceremony trying to get my knees to stop shaking!  Thank goodness I wore a long dress.  Charles’s hands were shaking when we exchanged rings. 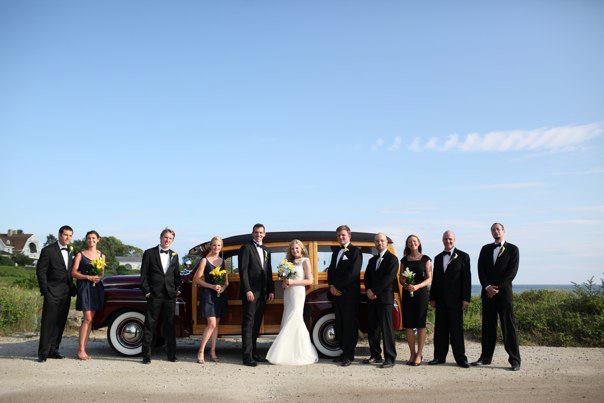 My parents and sister came up with fantastic ideas to decorate the venue.  We got married at the Kennebunk River Club Boathouse – which is a stilted building in the river that looks out to the ocean.  It is the perfect place for a wedding.  My family brought in trees with lights to decorate, which looked incredible.  Other decorations included Chinese lanterns and vintage trunks.  My mother seriously thought of everything.  I think she needs to become a wedding planner!  My sister, Mom, Dad, and some of their friends spent the morning decorating, which was so nice of them!

My brother had a big surprise up his sleeve.  During a band break he and his friend set off a fireworks display!  It was the icing on the cake.

We had a rocking band – The Lisa Love Experience who kept the party going all night.  You can see from the photos that we got sweaty from dancing so much.  Lisa even had me and my friends Dre and Woody perform with her.  We sang Girls Just Wanna Have Fun.  Even 2 days later our knees and feet hurt from so much dancing.

Our photographer, Meredith Perdue was great.  She was a huge help when it came to keeping us organized when we were getting ready.  She had lots of great ideas, and it was such a pleasure getting to know her, and I can’t wait to see the photos!

We also hired Maine Photobooth Company.  I had no idea that they would do this, but they put together a guestbook for me, which I adore.  Friends added photos from the photobooth and wrote messages.  I was so excited to look through it.  The best part was that I got a memory stick with digital copies of all of the photobooth pictures.  Looking through those photos was the first thing I did when I got home!

wedding food people had ever had.  It was delicious, and the best part was that I actually got to sit down and enjoy it.  The Kitchen Chicks staff was on top of things all night.  If someone saw me without a drink in my hand, one was delivered to me.  When someone asked if I needed anything, and I jokingly said shade, because the sun was right on me while I ate dinner and it was hot in my dress, someone actually stood and blocked the sun!  (and then I explained he didn’t need to do that!)  Kitchen Chicks went above and beyond – they even had a waiter who spoke Spanish – which was a huge relief since my mother in law is Spanish. 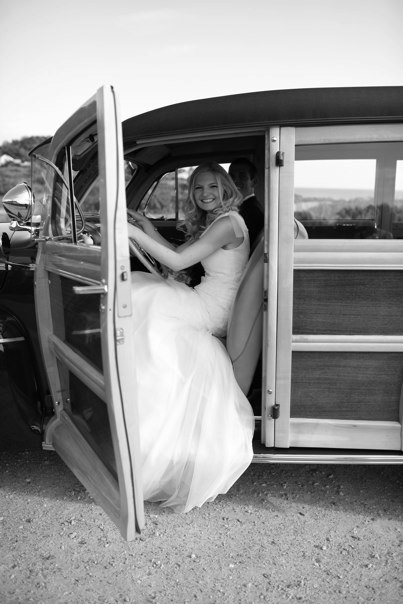 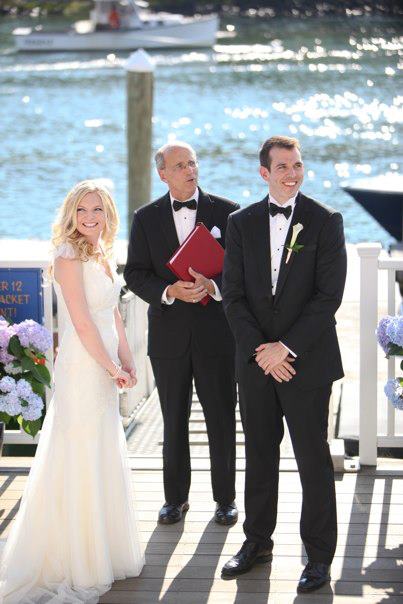 I also owe HUGE THANK YOUS to my friends!  John and Lisa let me get ready at their home, which is right next to the wedding venue.  They also hosted the after party!  John also acted as chauffeur – he drove me to the wedding in his 1942 Woody.  It was so much fun!  I can’t thank him enough!  I also owe a giant thank you to my friend Brian who hosted the after after party.  It was a blast!

Thank you to everyone who traveled to attend the wedding.  It means the world to me that so many people were able to join us. 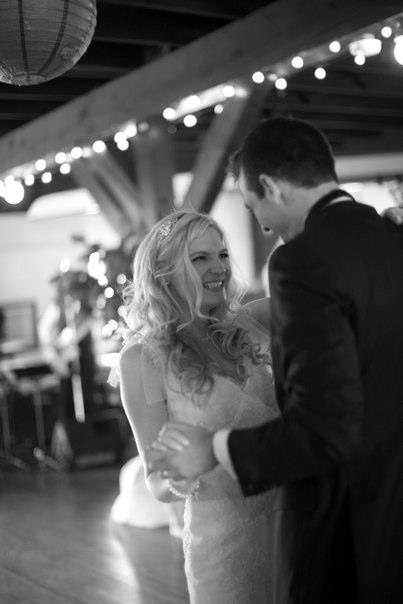 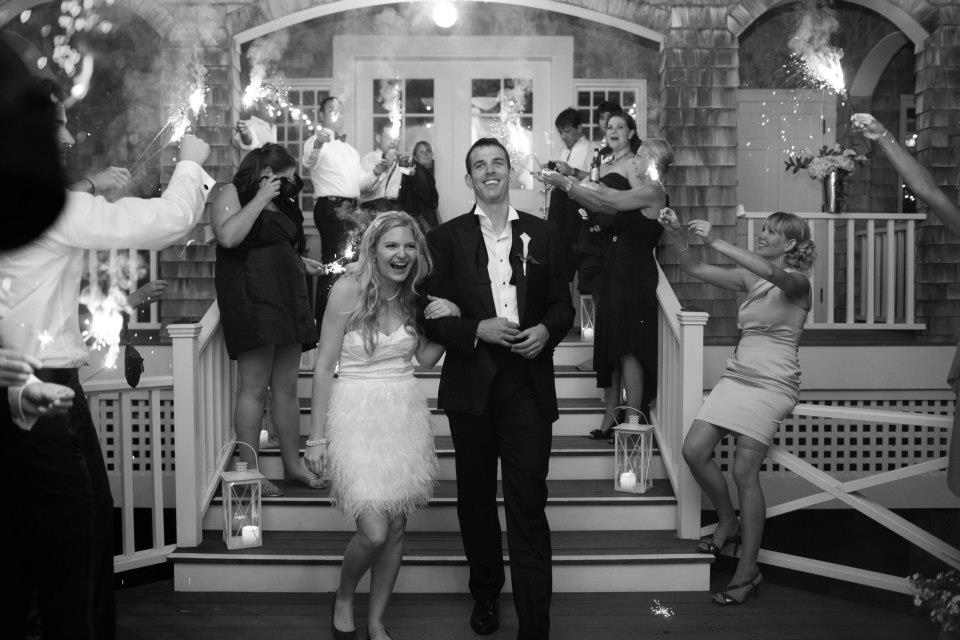