In the past week, I have been to Cambodia and Nepal. My time in Cambodia ended with two days in Phnom Penh, then I flew to Kathmandu. I was in Kathmandu for a few days seeing cultural sites and now I am on a wildlife safari. 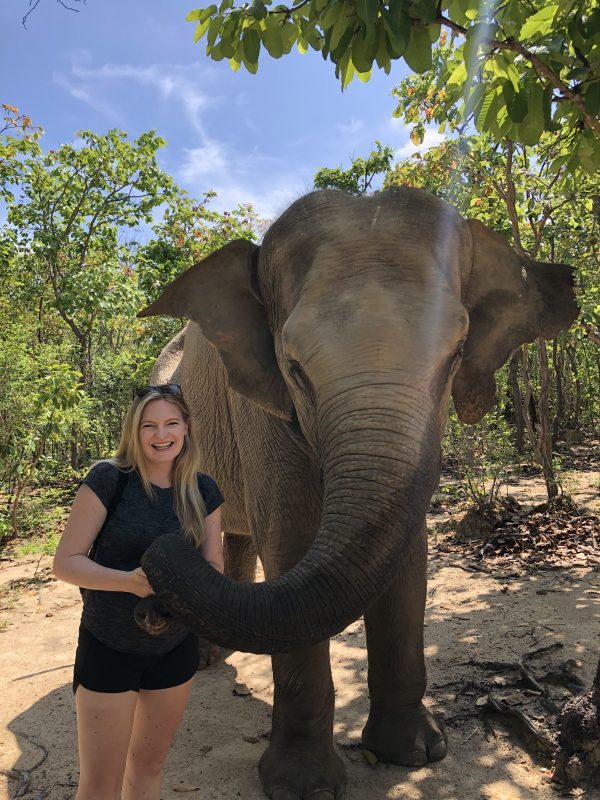 I spent my last day in Cambodia visiting the Phnom Tamao Wildlife Rescue Center which is run by Wildlife Alliance. 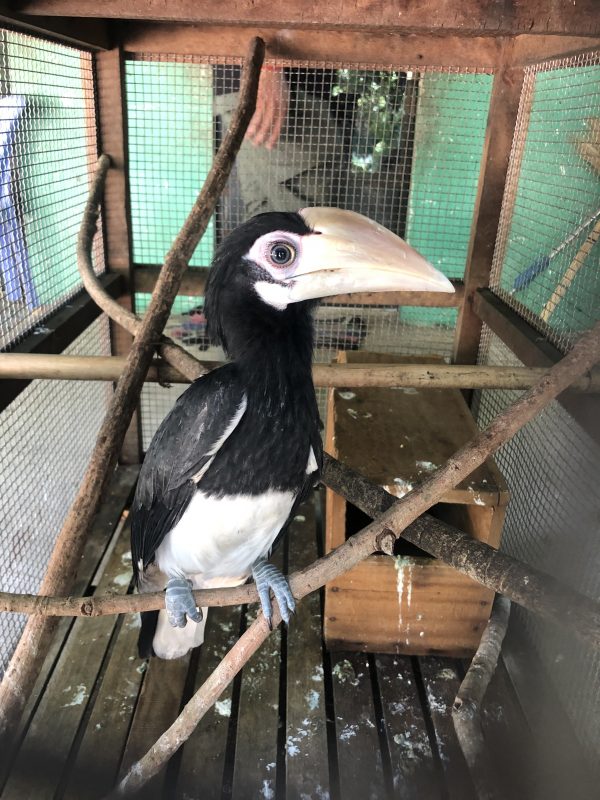 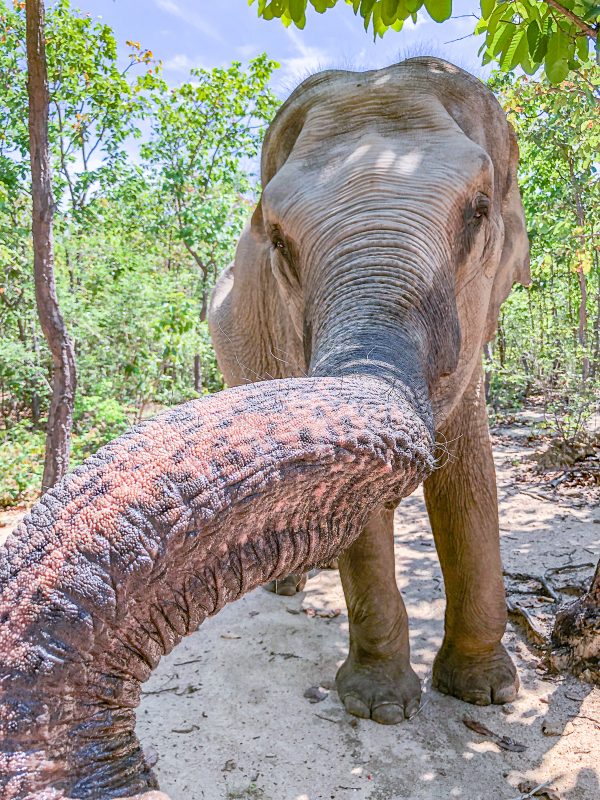 A highlight of the day was getting to meet Lucky, an elephant who was found abandoned in the jungle when she was just 6 months old. We got to go for a walk with her and feed her. (Elephants are herd animals so they can’t be released into the wild alone). Then we got to meet Chhouk, an elephant who was found with a severed foot. Once he healed he was given a prosthetic foot and now he is thriving! 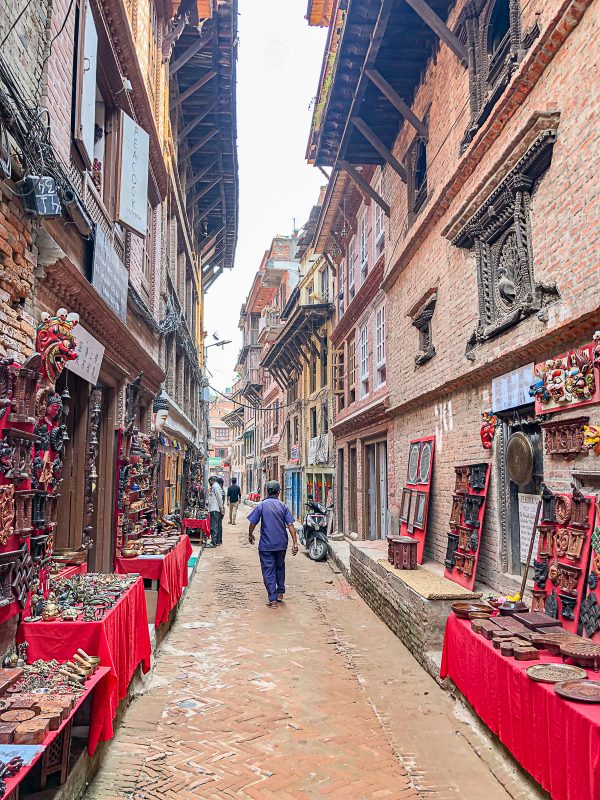 I arrived in Kathmandu on Saturday. The flight gave me an excellent view of the full moon and some thunderstorms below us. I was greeted with temperatures in the mid-70s which felt cool in comparison to the 95-degree heat in Vietnam and Cambodia. 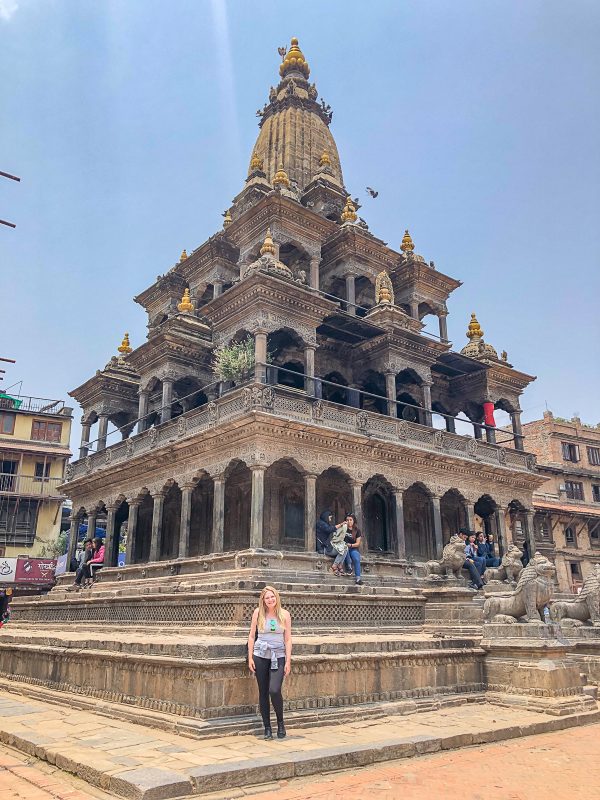 Since I only have a week I decided to focus on cultural sightseeing instead of serious trekking. The Kathmandu Valley was divided into four kingdoms during the 1700s-1860s. Within those former kingdoms, there are seven heritages sites, and I went to all of them! My guide Sunil was incredibly knowledgeable and I am excited to share what I learned in a detailed blog post. 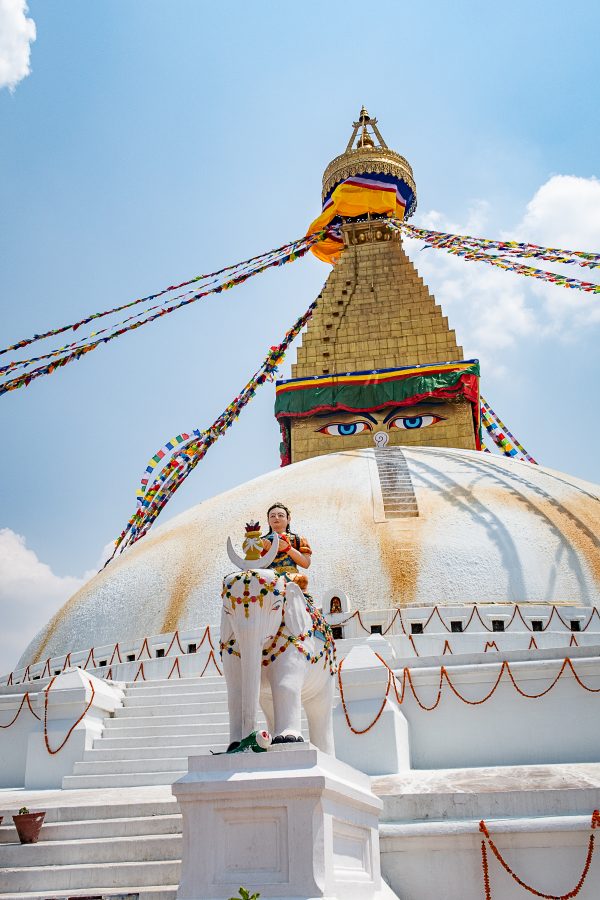 Like in Cambodia, Hinduism and Buddhism co-exist here. Some of the temples that we visited are used by both religions. Swayambhu, which is commonly referred to as monkey temple, has both Hindu and Buddhist architecture, and people from both religions come here to pray. (The Hindu belief is that Buddha was one of the reincarnations/avatars of Vishnu and once you learn that it is easier to understand how the two religions are intertwined.) 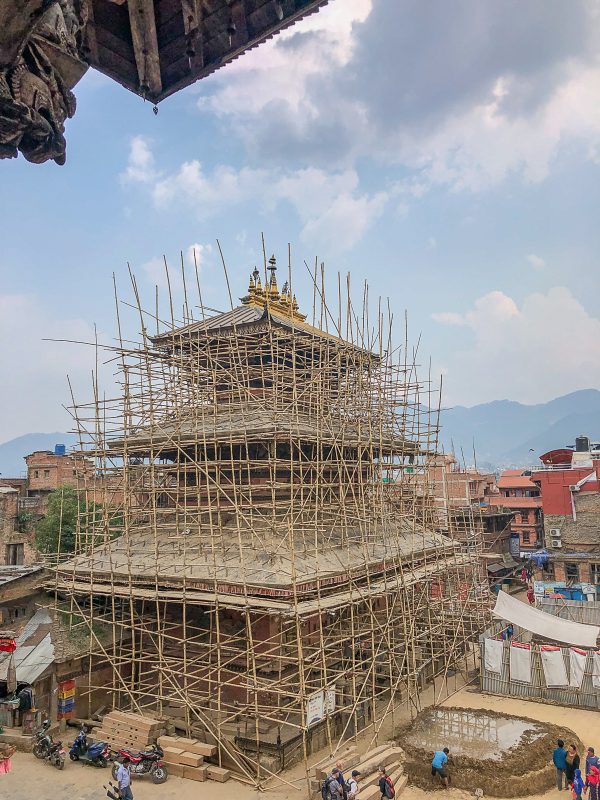 A grumpy Australian man in Phnom Penh had scolded me for going to Kathmandu saying that there was an earthquake 18 months ago and that the city would be a mess. Well, the real mess was that grumpy Australian who had his facts all wrong. There was a massive earthquake in 2015, but Nepal isn’t a mess. There are still some temples that are being rebuilt, but the majority of the work is done. 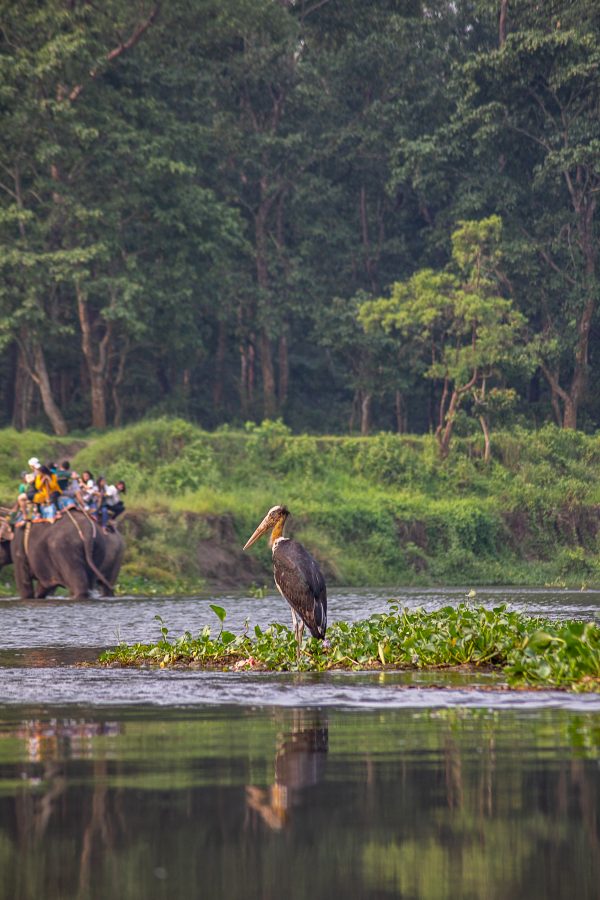 Did you know that there is a jungle in Nepal? After a few days in Kathmandu, I took a six-hour bus ride to the Chitwan National Park. It was Prakash from Approved Holidays (the tour company that I booked this part of the trip through) that suggested adding Chitwan to my itinerary. And I am so glad that I did! (Please note that I am not going to be riding elephants, my activities are on jeeps and boats – I wanted to share this photo to give a glimpse at what the elephant safaris are like – 5 people crowded on an elephant). 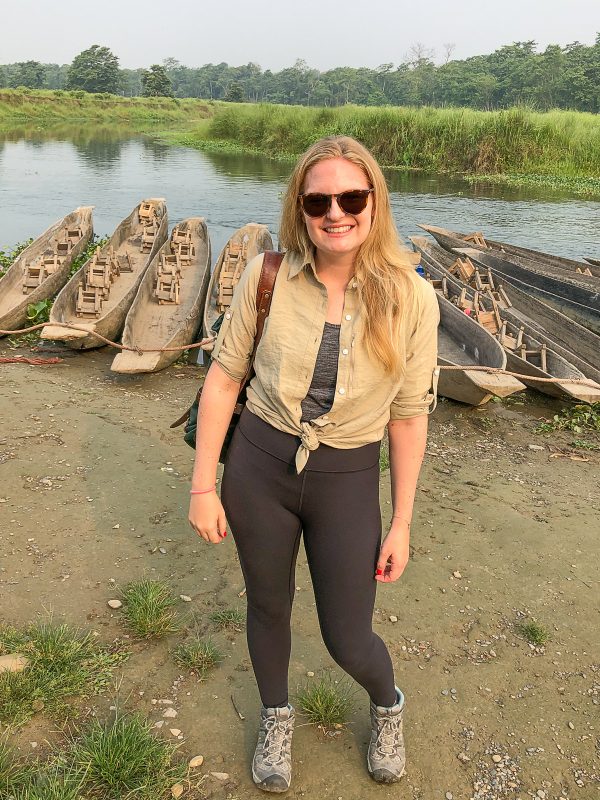 I am about to set off on a jeep safari in hopes of seeing rhinos! Follow along on Instagram for real-time updates. And I will have a new podcast episode for you soon! 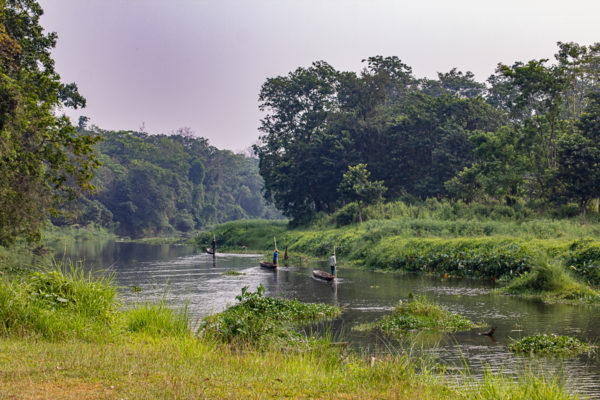 The next stop on my trip is Sardinia, where I will be joining a press trip and learning about Pecorino Romano cheese! I’ll tell you all about it next week.