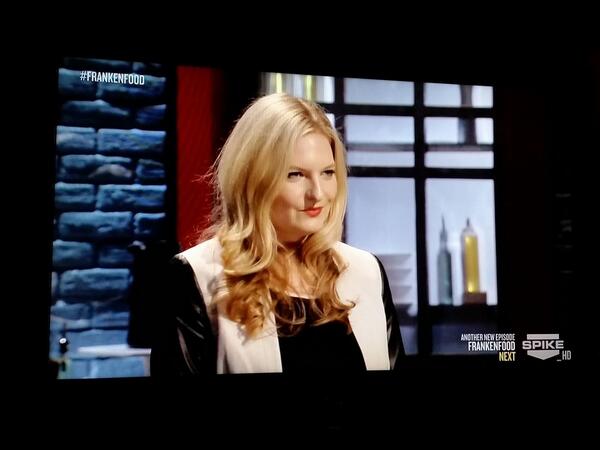 Frankenfood finally aired last night, which means that after keeping quiet about the experience for 3 months – I can finally spill all the details. There were definitely a few times when people would try to get me to them if I won or not. I told only my parents and 2 friends the results. My husband came to see the live taping, so he also knew the ending.

If you did watch last night, you know that I came in second place. Am I super disappointed that I came thisclose to winning $10,000? Honestly, no. Patrick and I had so much fun participating in the show together; and he is such a great guy that my excitement for him outweighed any disappointment I felt. Just being on the show, and having such a fun time doing it was enough of a win for me. 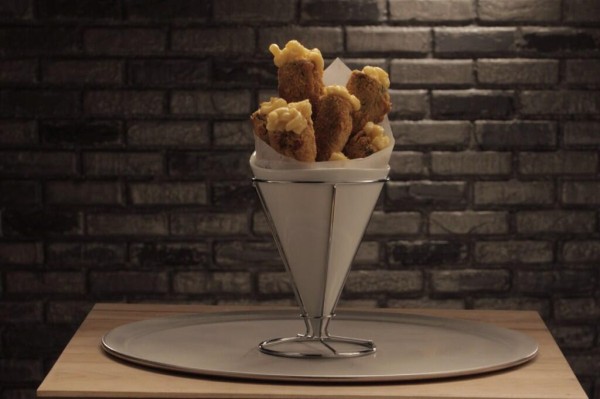 Patrick and I hit it off right away. We met in the green room after the audition phase of the show, where we spent hours waiting for the auditions to end so we could move on to the semi-finals. We agreed right then and there that we were going to be friends. We were rooting for each other to make it to the finals. We also agreed that any and all smack talk wasn’t to be taken seriously (most didn’t make it into the episode). 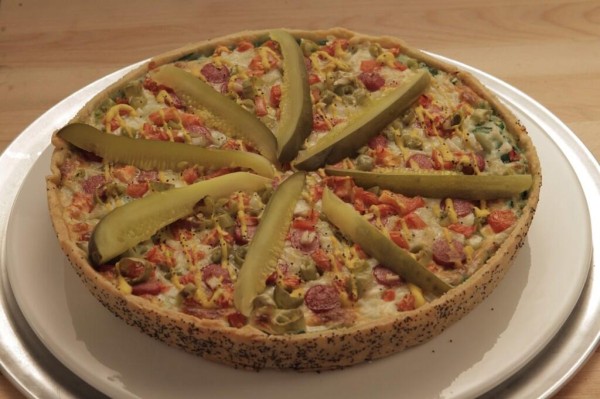 So – that eye roll that I gave after Patrick was announced as a finalist? That was creative editing. In reality, I ran over and hugged him. We watched the episode together last night at Reggies, and I ran over and hugged him after the eye roll was shown – I felt bad, even though we both knew that wasn’t reality. I wish that the episode showed Patrick and I goofing around in the kitchen, or interacting at all. 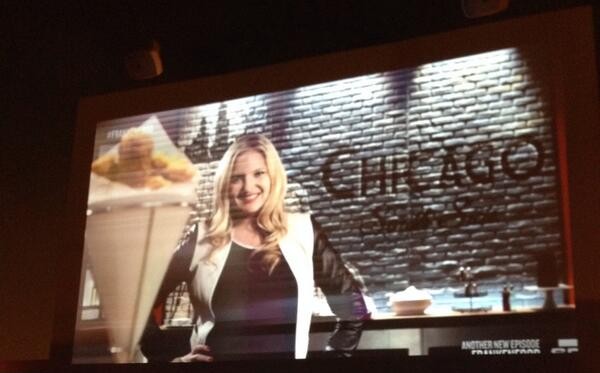 The shows producers were concerned that Patrick and I got along too well. We carpooled to the show together. Apparently that isn’t the norm for reality show contestants. We also hung out together during the hours of down time – the producers said that we were the only contestants who would spend the down time chatting together. The producers asked several times if we were going to split the cash – we didn’t. 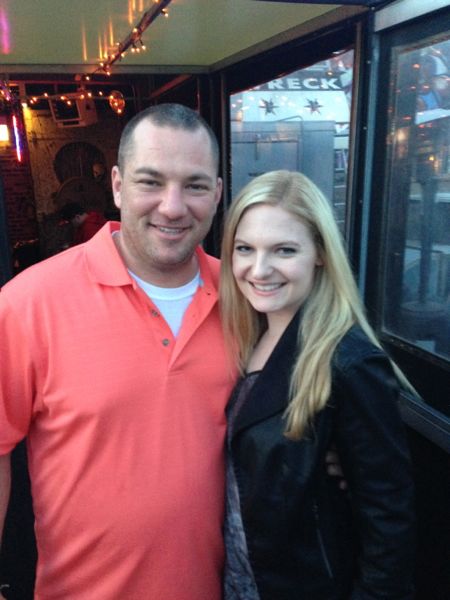 Since the filming has ended, Patrick and I have been in frequent contact. He sent me pictures of the food truck he bought, ran the initial wrap design by me, and we have a long chain of texts and emails. We really did become friends. Patrick’s truck is called Burgermeister, and it is in Milwaukee. I will definitely be visiting Patrick and the truck this summer. 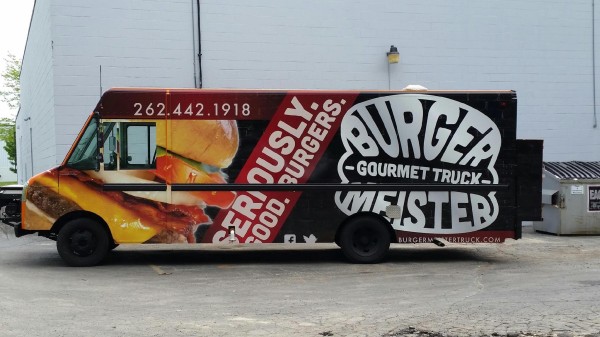 I couldn’t be happier for Patrick. The show ended after Patrick was announced as the winner. But I wish that they had filmed how it really ended – with me and Patrick having celebratory beers on the roof at Reggies, while dining on one of Patrick’s Windy City Pizzas. 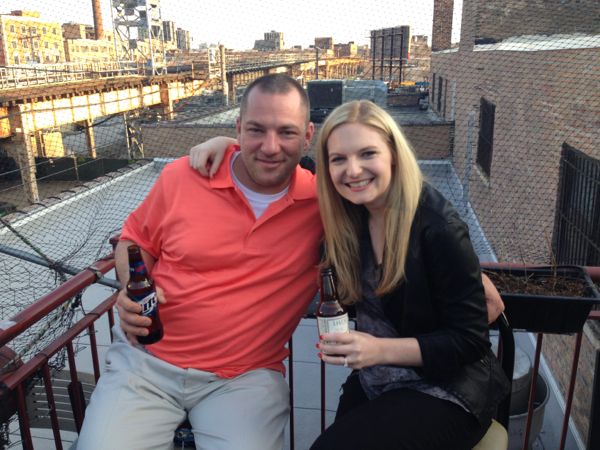 I hope that you enjoyed the show! I had seriously the best time filming Frankenfood, and I owe so much of that to Patrick. I could have been competing against someone intense and mean, and it could have been an intimidating and scary experience. Patrick couldn’t have been any nicer, or more fun. 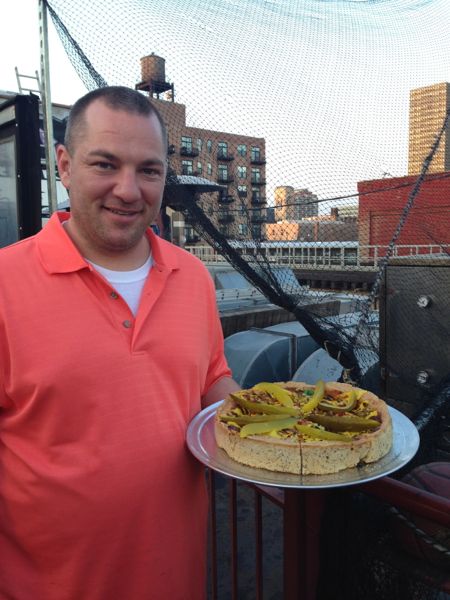 Thanks to everyone who watched. Your support means so much to me! Spike does own the macaroni and cheese jalapeño popper recipe – so I can’t post it here. However, I will say that it is exactly how I described it on the show: classic macaroni and cheese, in a jalapeño that has been breaded and cooked with crushed Cheez Its. 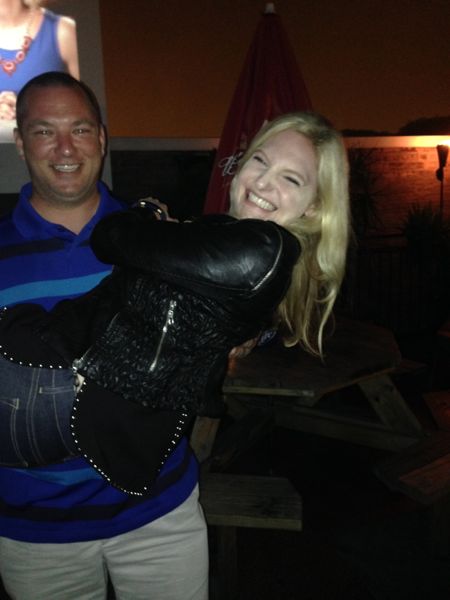 Lots of people have asked – Yes the full episode is streaming on Spike until 6/30. The photo above is from the viewing party that Patrick and I had last night. Clearly we hate each other, right?

As a sidenote, I would like to give a shoutout to my lovely stylists and friends at What RU Wearing for shopping for my outfits and styling me for the show.