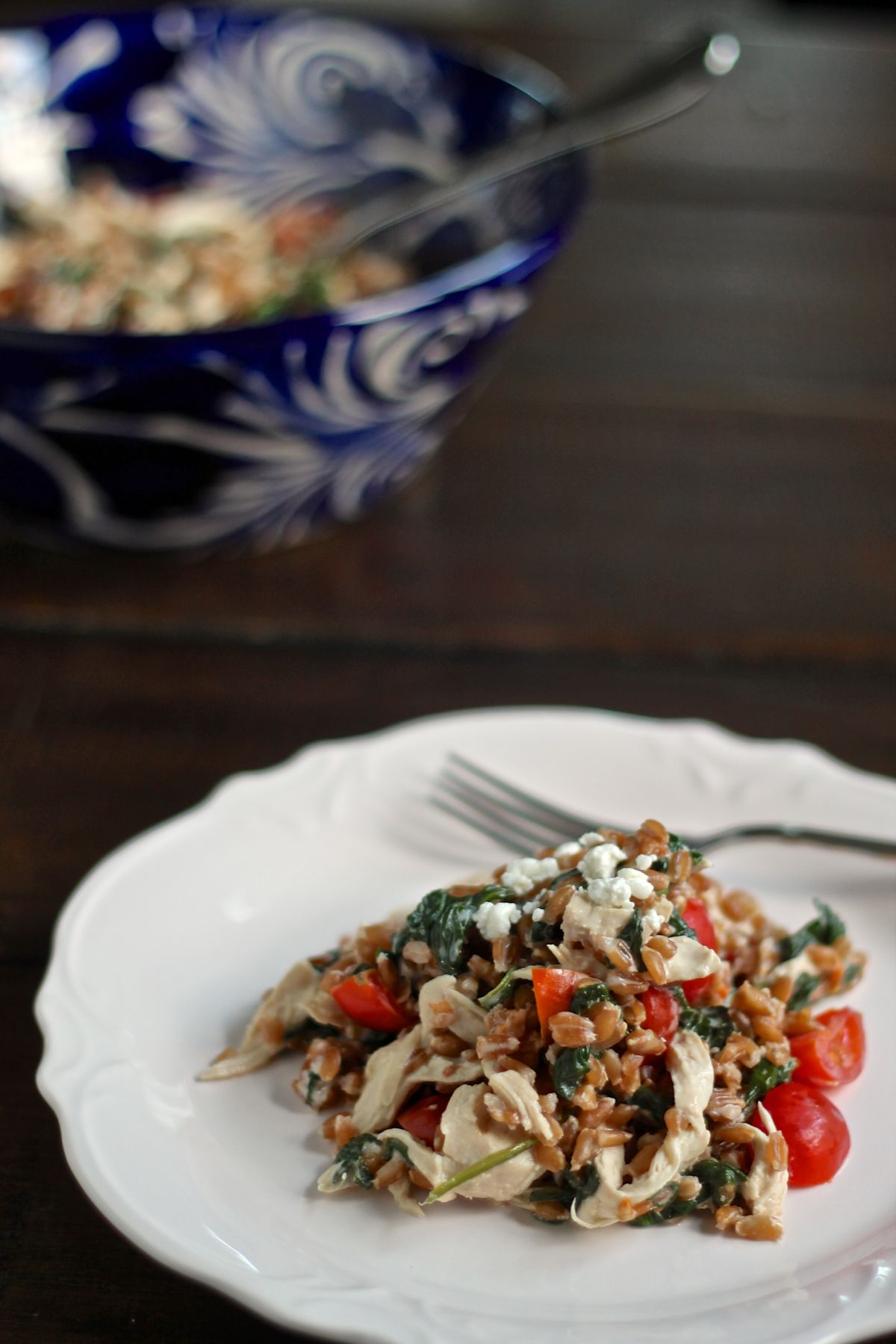 Judging  by the fact it is popping up on menus, and disappearing from grocery store shelves, farro is becoming the new food trend. Farro is an ancient grain with almost the same exact nutritional properties as quinoa. Farro tastes like a cross between barley and brown rice; it is chewy and has a touch of a nutty taste. It’s thicker and heartier than rice. I recently rediscovered farro at the Green City Market benefit where Goddess & Grocer was serving a farro salad. Their salad had blue cheese and radishes, but it planted an idea in my head. 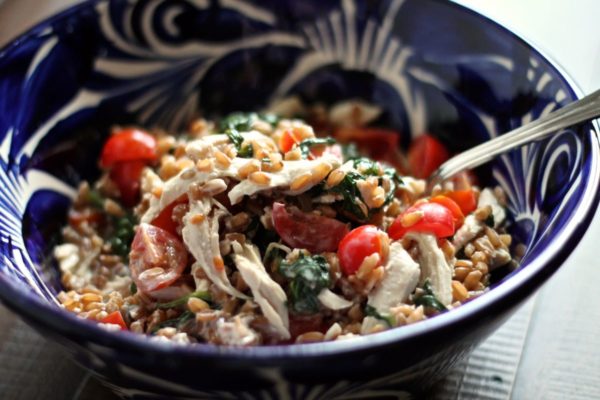 I decided to make a Farro Salad with Goat Cheese, Chicken, and Spinach because those are some of my favorite ingredients. This is the type of recipe that is easy to prepare, can be made in big batches, and can be served hot or cold. Once the farro was cooked, but while it was still hot, I stirred in spinach, and once that wilted I added a touch of olive oil, lemon juice, and some goat cheese. The goat cheese melted and mixed with the olive oil and lemon creating a creamy tangy dressing.

I added shredded chicken to the salad to make it a complete meal, but you could omit it and serve the salad as a side dish. You could easily swap out the tomatoes for asparagus, artichoke, or mushrooms. 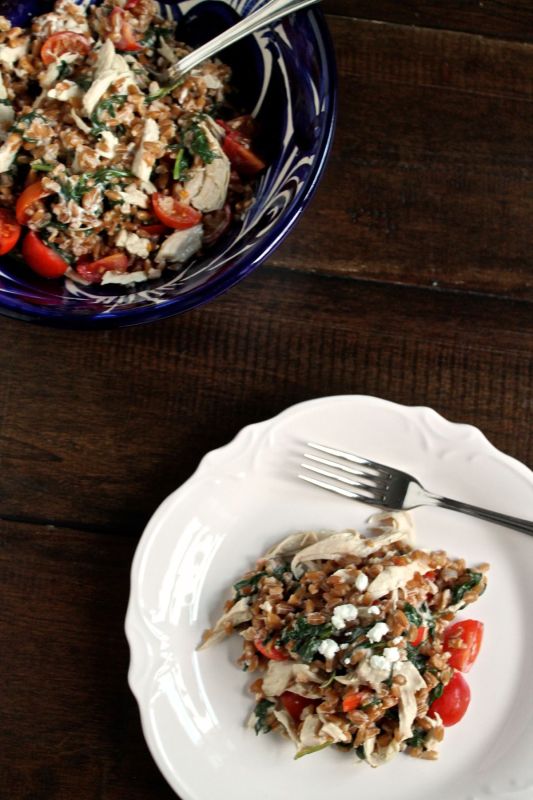 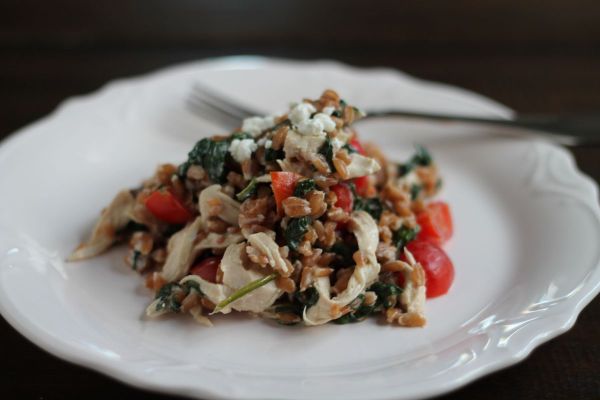 This looks RIGHT up my alley. Can't wait to make it :)