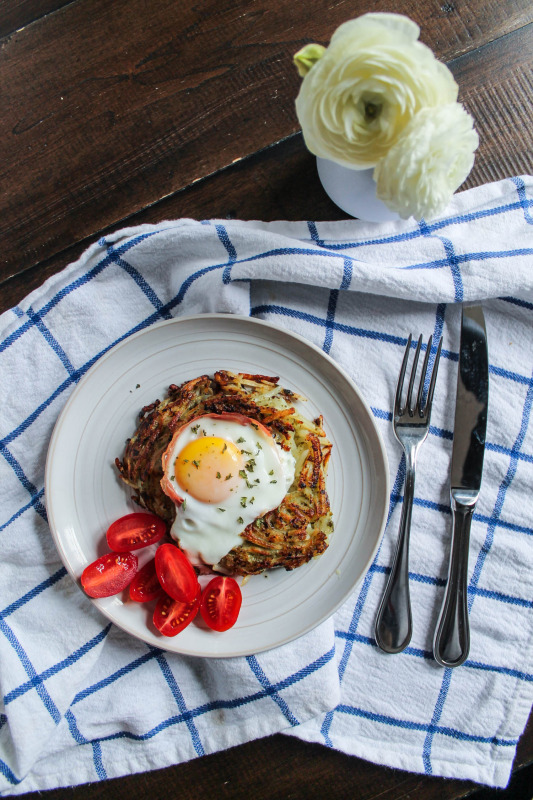 When I was in San Francisco I went to a classic diner called the Pork Store Cafe in the Haight. They had a menu item called Eggs in a Tasty Nest and when the friendly waitress told me that it is the most popular item on the menu, so I had to order it. It was described as two eggs nestled in a bed of hashed brown with bacon, grilled green peppers, fresh tomatoes, onions, and garlic, topped with cheddar cheese and served with biscuits. 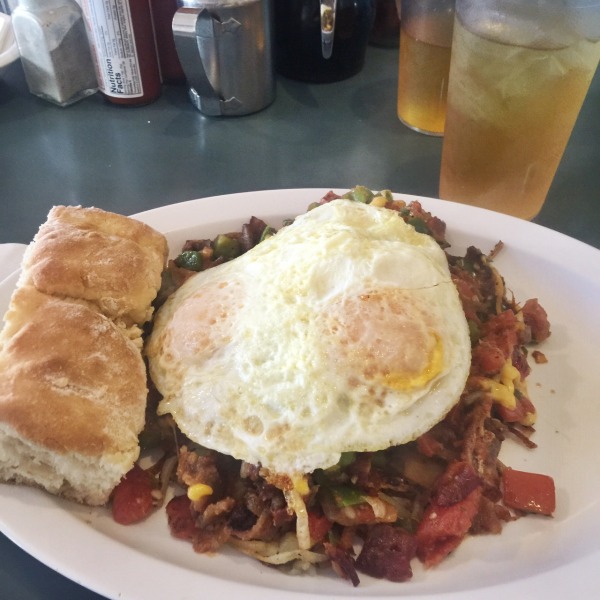 While it was delicious, it wasn’t the neat little nest filled with eggs, bacon, peppers, onions, and garlic that I had expected. When I got back home, I decided to create my own version of the breakfast with an Italian spin. Allow me to present: Eggs in Hash Brown Nests. It combines all my favorite parts of breakfast. 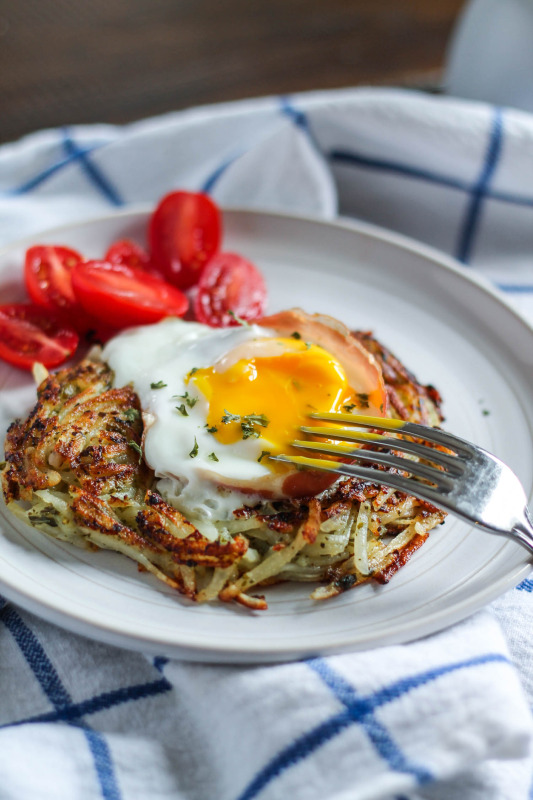 Eggs in Hash Brown Nests consists of hash browns seasoned with pesto that are cooked until browned, and shaped into a nest. Next there is a piece of crispy baked prosciutto. Why prosciutto instead of bacon? Trust me, baked prosciutto is better than bacon and it’s even better for you! A bit of goat cheese is placed on the prosciutto which is formed into the shape of a cup before being baked, and finally an egg is cooked on top. 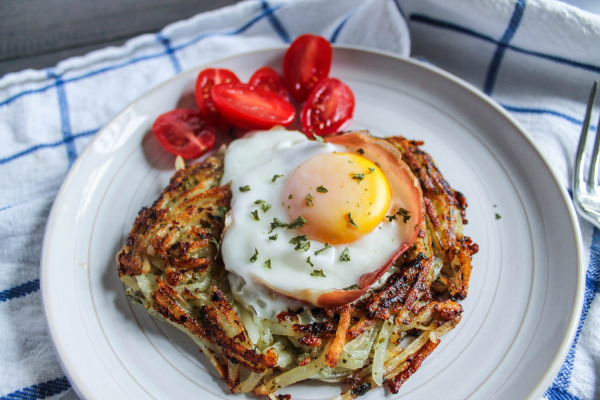 The pesto and prosciutto give this breakfast dish an Italian influence, and I love the flavor combinations and especially the richness from the runny egg yolk. You could experiment with the egg in a hash brown nest concept and make it your own – let me know if you think of any fun new versions! 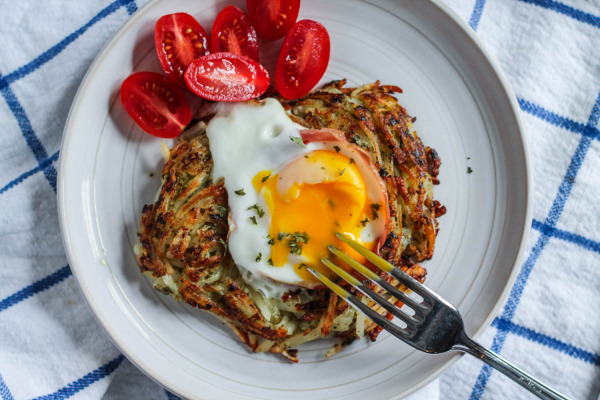 I used store-bought hash browns to make this recipe, and they are one of my favorite secret ingredients, since they save lots of time. Find them in the grocery store near the eggs, they come in green bags. I usually have a bag of hash browns in the freezer, it’s a simple way to make brunch at home a bit more fun.

Eggs in a Hash Brown Nests