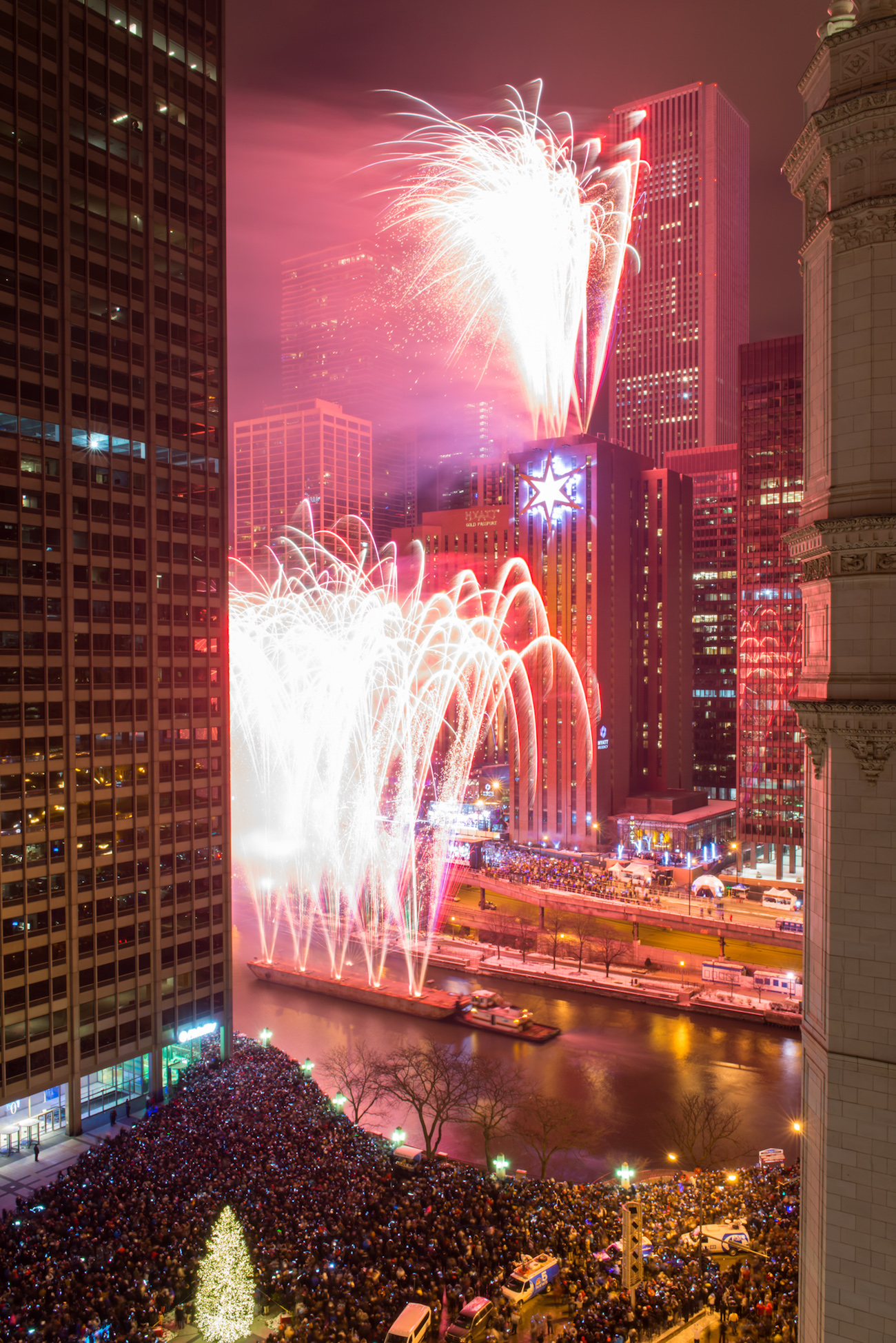 Last night was without a doubt the best New Years Eve ever. New Years Eve is a tricky night with lots of expectations and complications, and it can be hard to get it right. There are people to wrangle, plans to schedule and transportation to arrange, but last night was flawless. I learned that the key to a wonderful New Years Eve is assembling a squad of good friends and making solid plans. The other reason why last was so special is that we went to the first ever Chi-Town Rising. 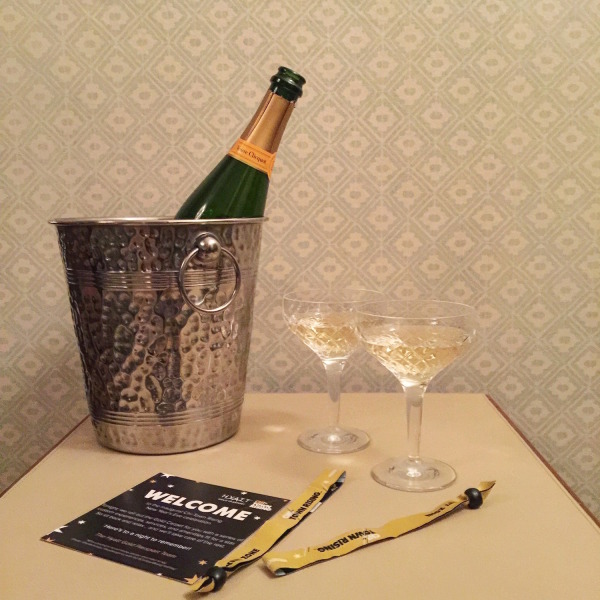 We weren’t quite sure what to expect, since Chi-Town Rising was in its first year, but it exceeded our expectations. One reason why I think everything went so well last night is that we assembled our group a couple of hours early and sipped champagne before heading to Chi-Town Rising. We arrived at Chi-Town Rising together, so no one got lost, we didn’t need to worry about cell reception, getting 4 cabs, or finding each other in a crowd. Our Chi-Town Rising experience started with checking out the Broadcast Boulevard where we saw live music and got a close up look at the rising star. The live music was fantastic and the crowd had a really fun, enthusiastic vibe. 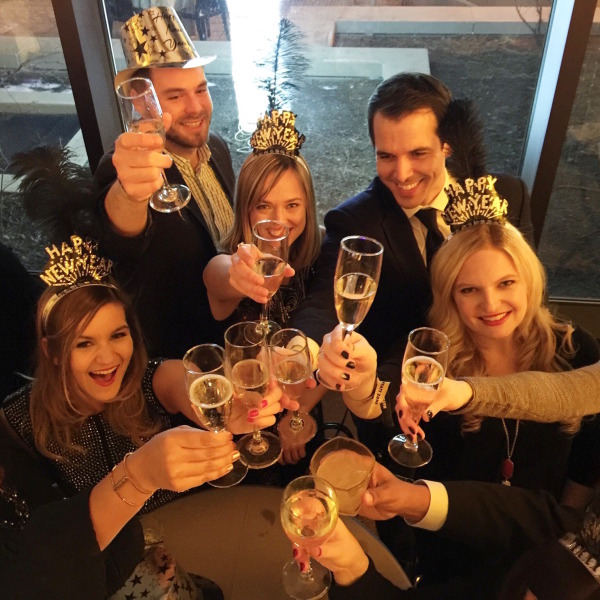 Next we headed inside to the VIP party at the Hyatt Regency. The party offered an incredible spread of food with piles of fresh seafood, carving stations, and a dessert buffet. Plus, an open bar with plenty of champagne. Everything we needed was right at our fingertips, even an outdoors viewing area with plenty of heaters and views of the stages. 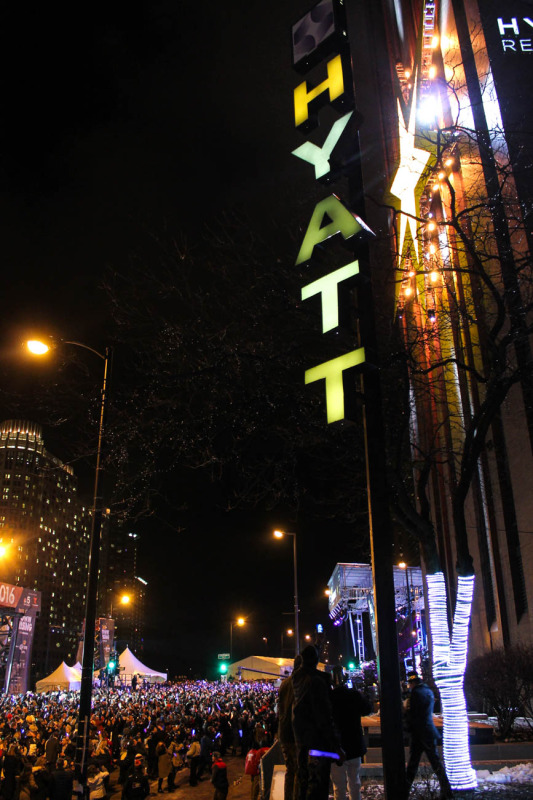 Chi-Town Rising’s organizers had promised fireworks like Chicago had never seen before. That seemed like a bold statement, but they delivered. There were fireworks along the Chicago River and all the way to Navy Pier. There were fireworks all around us – it was spectacular. Just before midnight, the Rising Star started to ascend 36 stories up the side of the hotel, triggering the fireworks when it hit the top at midnight. It all went off perfectly. 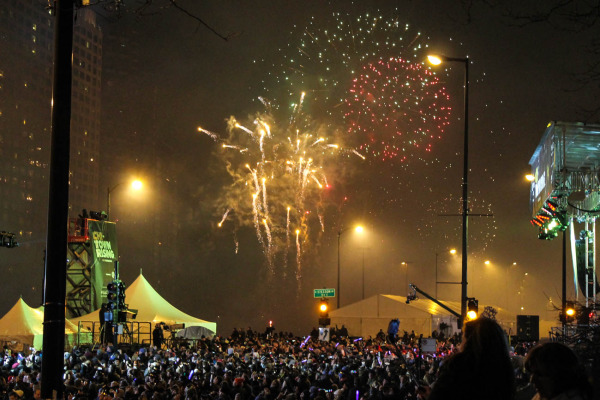 After the fireworks, the band Chicago performed. The Broadcast Boulevard section was similar to a music festival, with food and drinks for sale, and lots of action. It was definitely the place to be if you wanted to be in the center of the action. This was also the area featured in the television broadcast of the event on NBC and Telemundo. 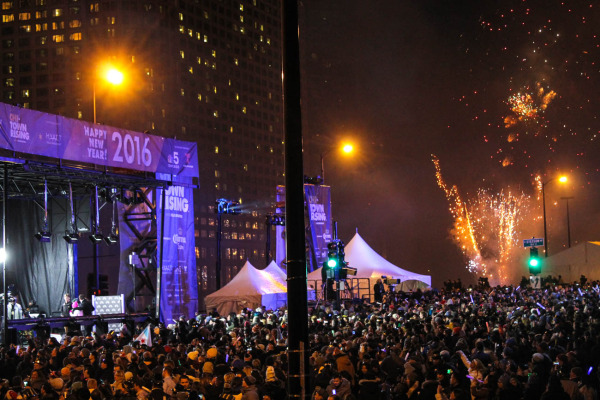 When I moved to Chicago one of the first things my East Coast friends told me about Chicago is that everyone still watches the ball drop at midnight in New York even though it is in a different time zone. I was surprised that Chicago didn’t have a celebration of its own, and I am so excited that Chi-Town Rising has stepped in and filled the void. Keep your eyes out for more information about next years event, you wouldn’t want to miss it. 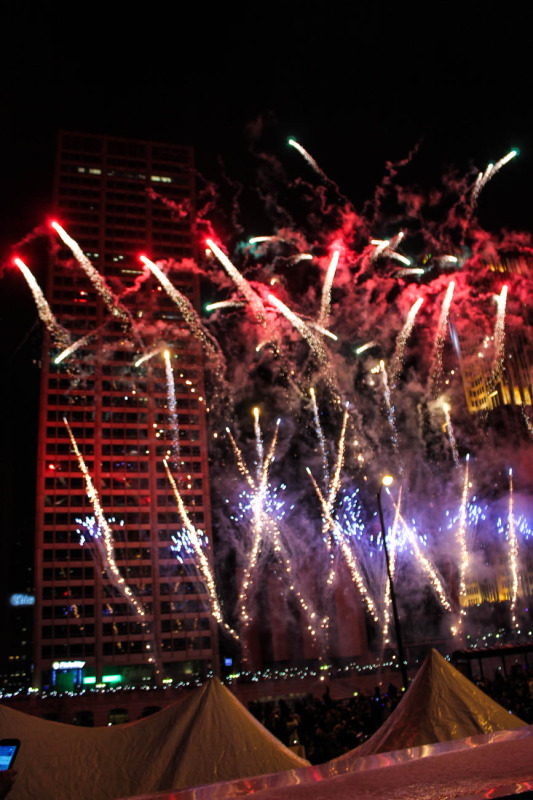 This post was in partnership with Hyatt Gold Passport.
First photo by Nick Ulivieri