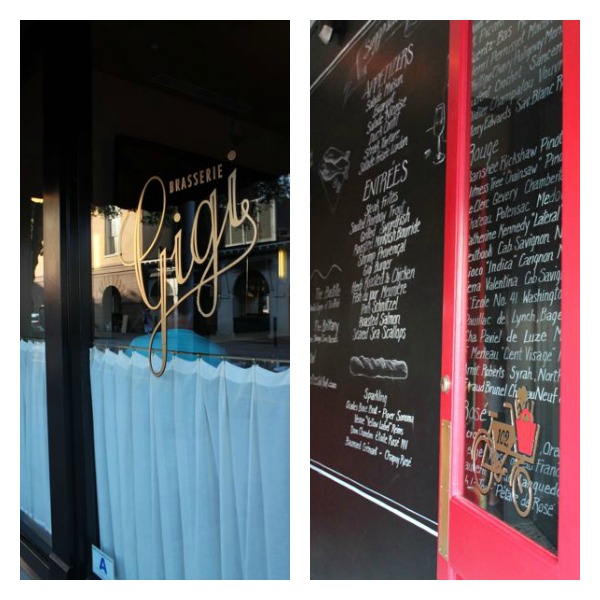 On our first night in Charleston, we ate at a new French restaurant in the heart of the city called Brasserie Gigi. I loved atmosphere of this restaurant, the gold lettering on the windows, the large chalkboard with the menu at the entrance, the booth seating, and the globe lighting over the bar – it was a beautiful space. If moving in was an option I would have done so. The brasserie is formal, but not overly so, and is a great place for a date. For us, it was nice to try a newly opened restaurant that wasn’t focused on Southern cuisine, something he had plenty of during our trip. Brasserie Gigi was a change of pace since the menu and ambiance are different from what the other restaurants in Charleston have to offer. 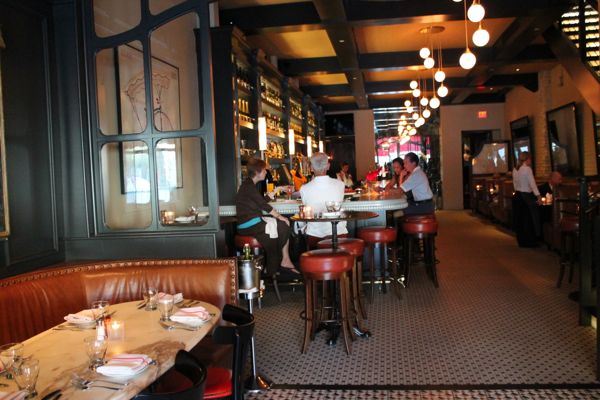 I felt more like I was in Paris instead of Charleston. This restaurant is both elegant and understated, and entirely gorgeous. I wish I could get away with adding those globe lights to my home. 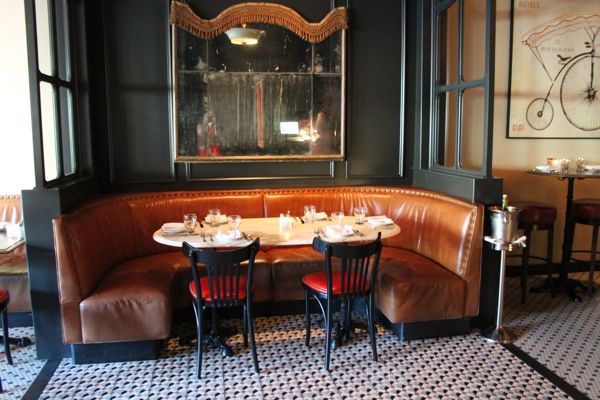 We settled in at a table for two and began debating what to order. 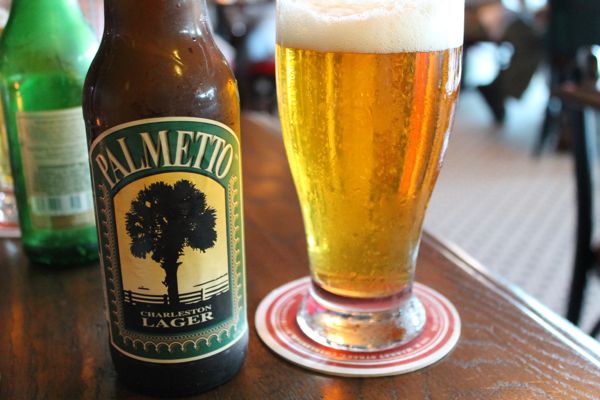 I started things off by trying a local beer that is somewhat similar to Yuengling. When I travel I always love trying local brews, and beer always seems so refreshing on a hot day. I should mention that Charleston wasn’t as hot as we expected. It was hot and humid and in the mid to high 80s on our first day, but after that the temperature was 81 with a nice breeze and cloud cover – basically perfect. 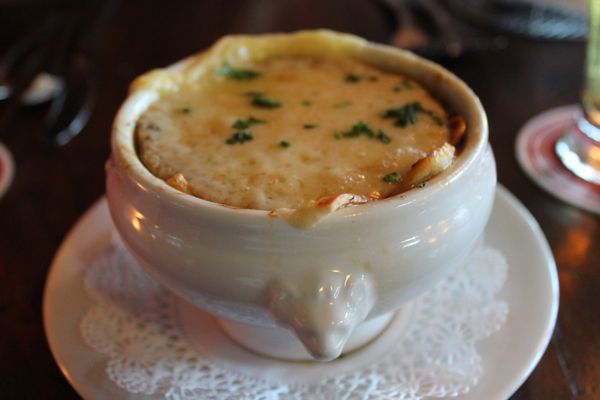 Then we shared the decadent French Onion Soup, and discussed for the hundredth time how I need to learn how to make this at home. The onions were rich and caramelized and I loved the soup soaked bread smothered with gruyere. I said that I wanted to try a bite, but definitely had more than that. 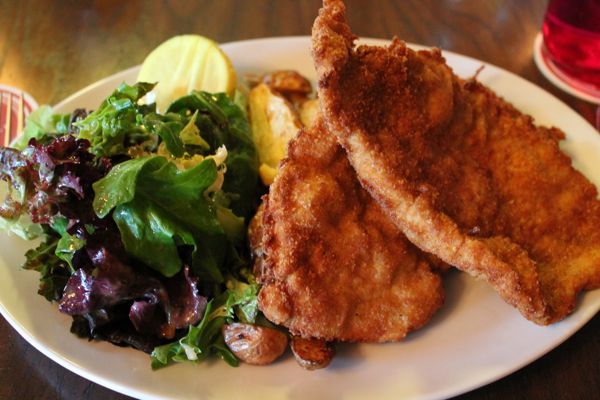 Charles had the Pork Schnizel – the one thing on the menu that isn’t truly French. Charles spent half of his childhood in Germany, and has a big sweet spot for German food and orders Pork Schnizel whenever he can. The pork was thinly sliced and generously breaded, and served with a large portion of a lightly dressed salad and some roasted potatoes. 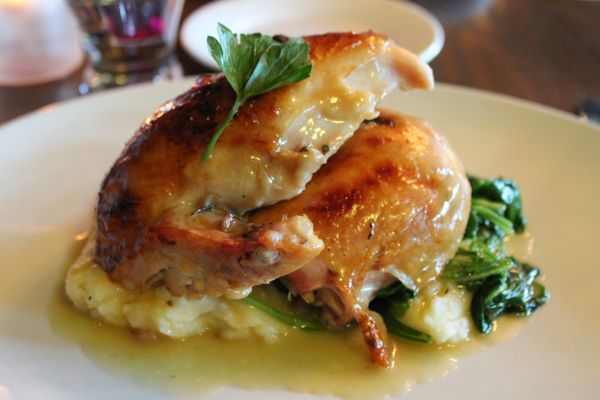 I ordered the herb roasted half chicken with spinach and potatoes. Sometimes I just want to go back to the basics and this was just what I wanted. Brasserie Gigi has perfected the art of serving tender chicken with a nice crispy skin. The sautéed spinach and potatoes were a great compliment to the chicken. The meal was served with a light gravy that added flavor without being overwhelming. This was a very well executed classic meal.

We were far too full to try to dessert, although I heard that they do serve a selection of Creme Brûlées. If you make it to Brasserie Gigi, have one for me.

Brasserie Gigi is located at 102 North Market Street, in Charleston. They do accept reservations.

Thank you for much for dining with us - we love this delightful review and hope to see you again!