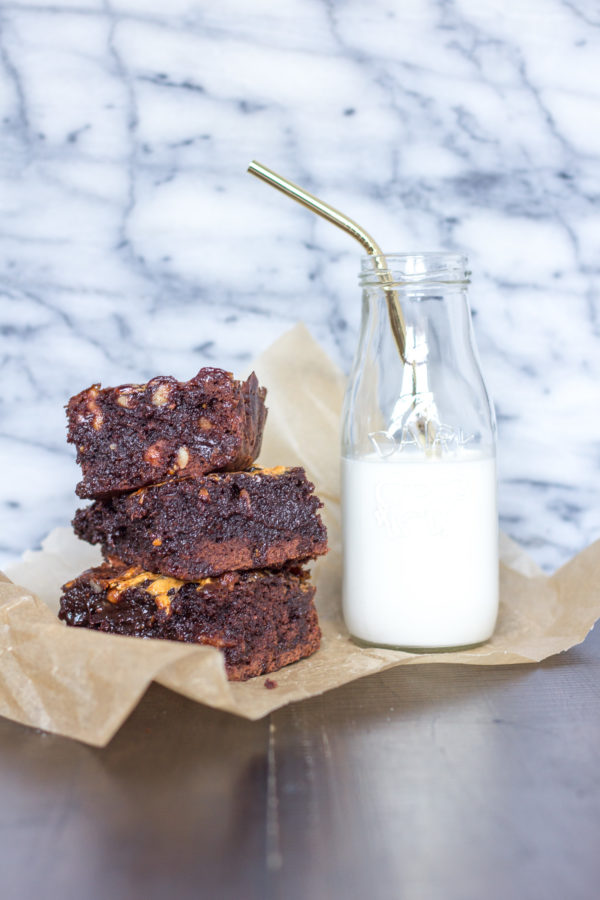 Brownies remind me of my childhood. It seemed like my mother was always making them. The smell of brownies baking in the oven instantly brings my back to my parent’s house in Maine.

Lucky for me, brownies are easy to make – especially since my mother has always been a fan of boxed brownie mixes. She taught me that there is no shame in taking shortcuts, but still making the recipe your own. The same goes for this ooey gooey brownie recipe, I used a boxed brownie mix, but made it my own. 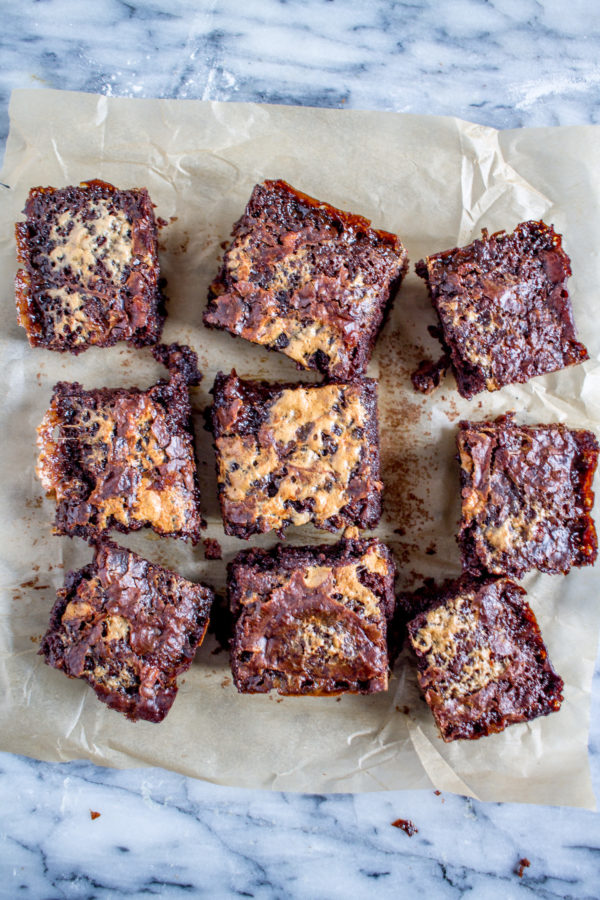 I took a standard box of brownie mix, but by adding heath bar bits, walnuts, and lots of marshmallows, I transformed a basic brownie mix into something exceptional. If you still want to bake brownies from scratch, you can start with your favorite brownie recipe and then add marshmallows, toffee, and walnuts. 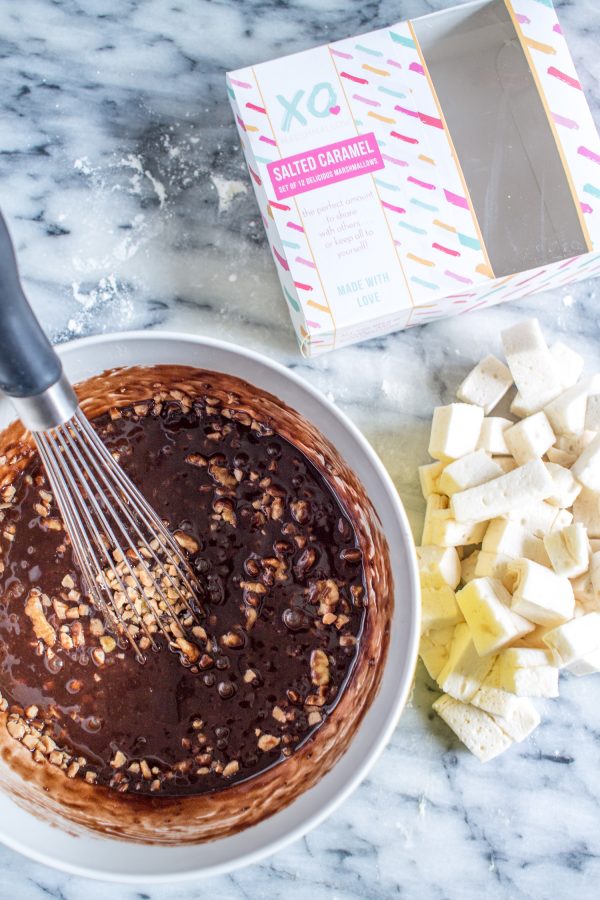 I am friends with the wonderful ladies who own XO Marshmallow, a boutique marshmallow café and shop in Chicago, and the shop happens to sell the most remarkable marshmallows. Fresh marshmallows are significantly better than the ones you typically buy at the grocery store. Lucky for those of you outside Chicago, XO Marshmallow’s products are available online, and I highly recommend trying them. 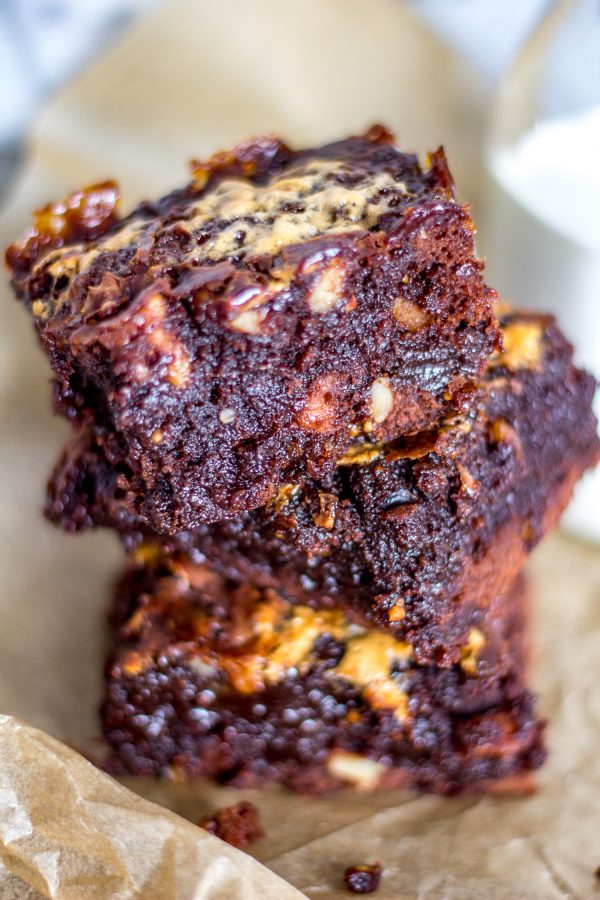 One of the problems that faces me as a food blogger is that when I make desserts, I have far more sweets than two people should consume on their own. So I share sweets with friends. It is common for me to open up my purse and pull out cookies, brownies, or slices of pie when I meet up with friends. Sometimes I even schedule my baking around my plans with friends – I want to bake when I know that I can share the baked goods with someone else. I showed up at the airport with brownies wrapped in aluminum foil to give to my friend Bob before we flew to Scottsdale.

The cooking time for brownies is based on the size of the pan that you choose. I like to use an 8×8 inch pan to make thick brownies, which bake in about 45 minutes. If you use a different size pan, refer back to the cooking times listed on the box of brownie mix. 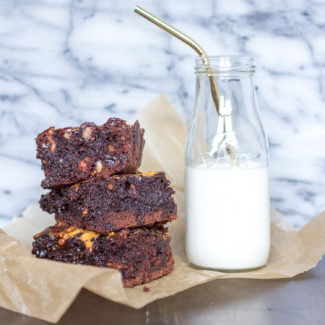 *I love the Pillsbury Milk Chocolate Brownie Mix, but you can use any brownie mix. 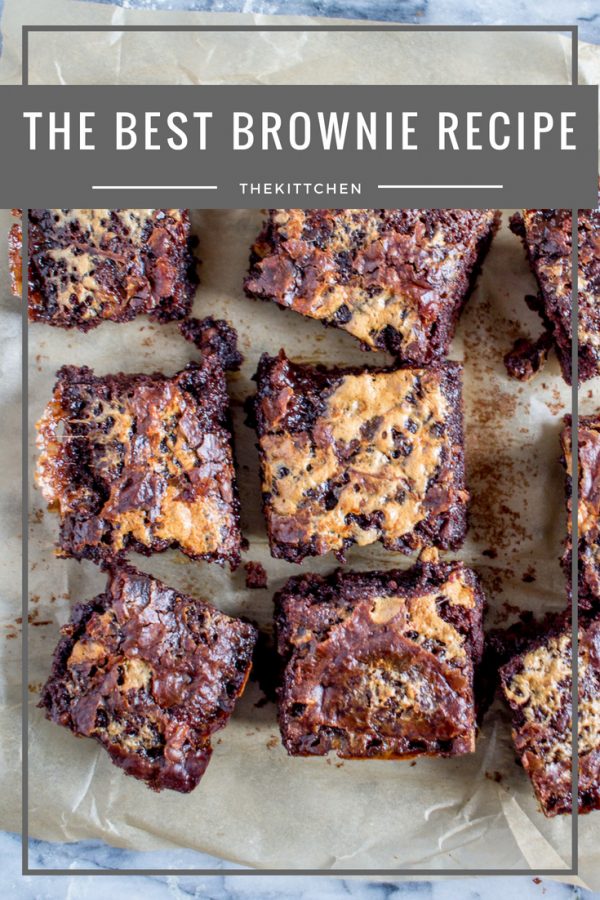