This recipe for Beef Stuffed Poblano Peppers comes together with under 30 minutes of active preparation time, and it yields enough food to serve at least 5 people. It’s a great weeknight meal. 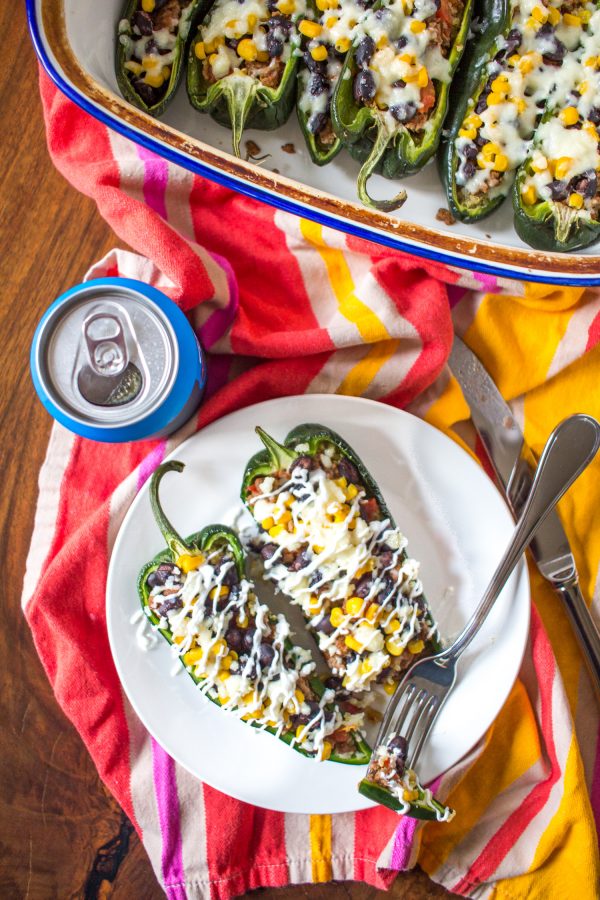 Poblano peppers are sliced in half and then stuffed with cooked quinoa, ground beef, black beans, corn, and cheese. It’s so easy! 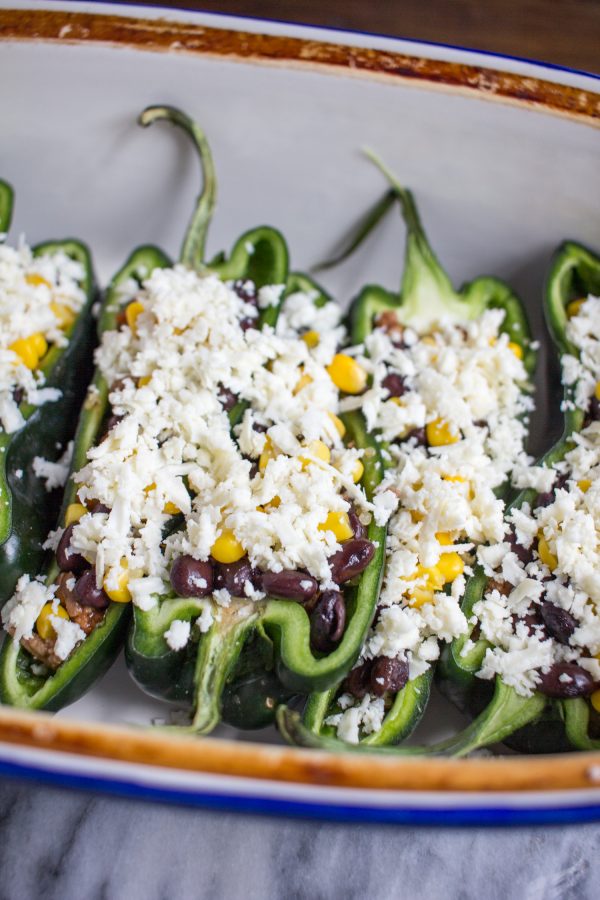 One of my favorite hacks for seasoning beef is to add some salsa. Once the beef has browned I added a cup of my favorite salsa along with a can of petite diced tomatoes. It creates a wonderfully saucy seasoned beef that is perfect for tacos or stuffed peppers. 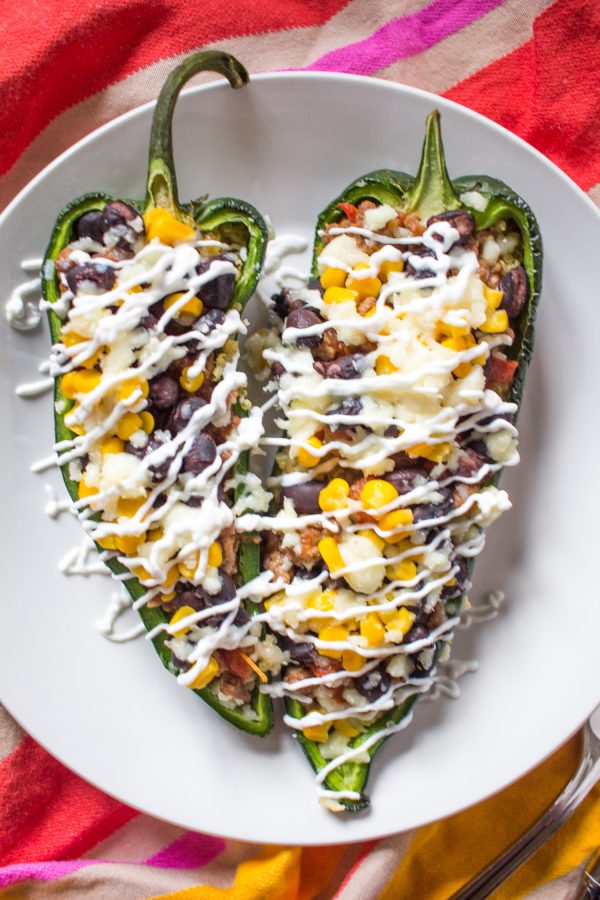 It would definitely be faster and easier to mix the quinoa, beef, beans, and corn together before stuffing the peppers. I individually added each ingredient just for the photos. Mixing everything together would also prevent the beans from drying out.

I made this meal while Charles was traveling, so we had lots of leftovers. The leftovers reheated well, and you can even top a pepper with a fried egg and call it breakfast. 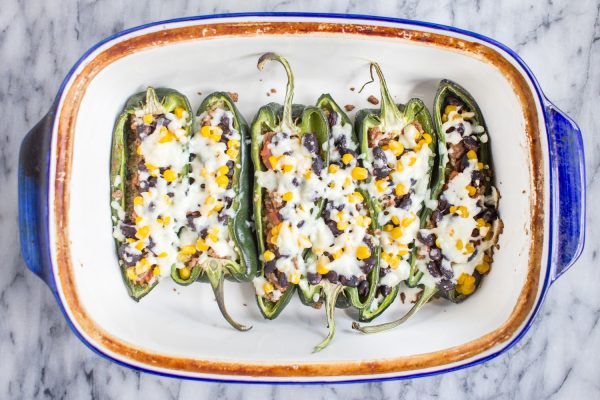 Like most of my recipes, you can easily adapt this recipe to make it your own. Use turkey instead of beef, choose a different type of bean, add rice instead of quinoa, or wrap the peppers with bacon. Mix things up and let me know what you come up with. 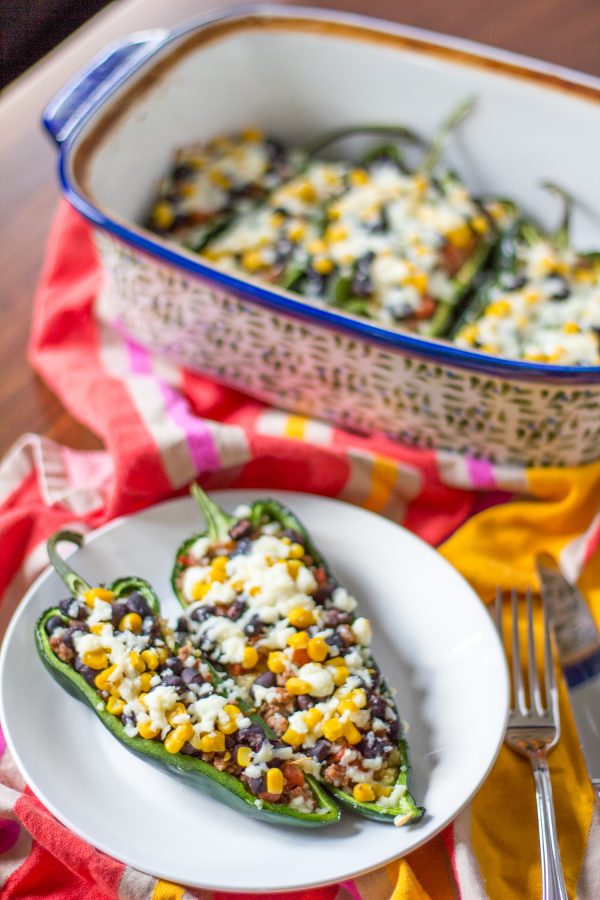 A quick note about the quinoa – usually you use 2 parts liquid to 1 part quinoa. I added 2 tablespoons extra liquid to prevent the quinoa from getting too dry when it went into the oven. You can cook quinoa in water, but I use a 50/50 mix of water and vegetable stock to give the quinoa some extra flavor. 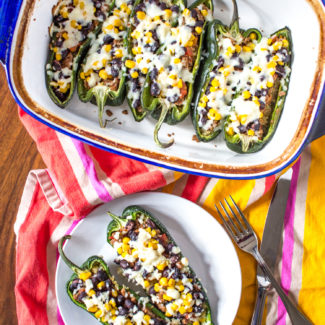 This recipe for Beef Stuffed Poblano Peppers comes together with under 30 minutes of active preparation time, and it yields enough food to serve at least 5 people. It's a great weeknight meal.